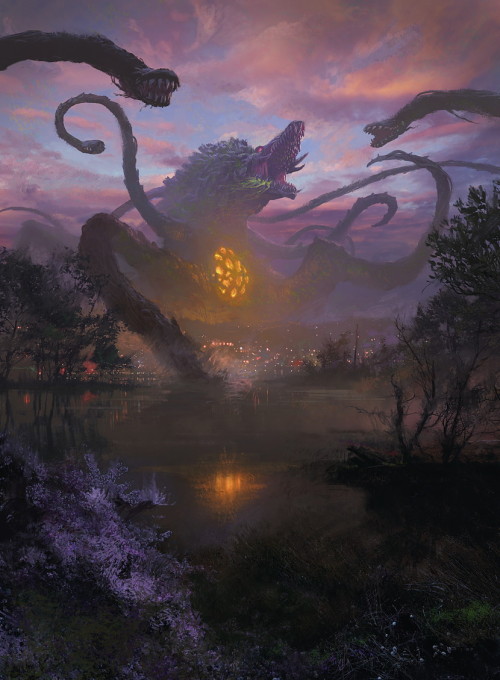 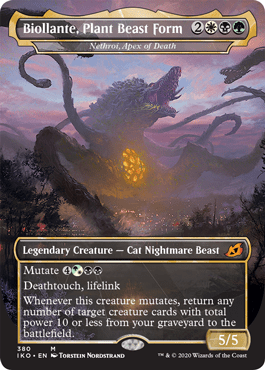 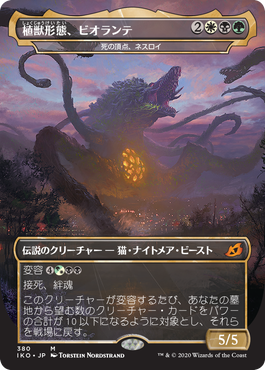 Big dumb vent-rant incoming. Who wants to hear some feelings about Godzilla? Here we go

This is entirely from my limited point of view as a dumb American, so feel free to weigh in if I’m missing something… but it baffles me to see the mentality some people have that “Godzilla is only a dark politically charged tragedy about the horrors of nuclear war and Hollywood missed the point my make it a Fun Action Flick™”

…That just makes it sound like y’all never seen any Godzilla movie besides Shin and have only absorbed ideas of what Godzilla “is” through pop culture osmosis.

Like… you know the Japanese made All Monsters Attack, right? The goofy flick about Godzilla’s son teaching some bratty kid to stand up to bullies?

Or Godzilland, where cute plush versions of the kaiju hang out and do silly cartoon things?

Heck, I can think of maybe… 4ish Japanese movies that really carried the “tragedies of WW2” theme. The other dozens of them are “big monster fight flick” or when they have a ~tragic~ theme, its a more generic “pollution and environmentalism” or “humans suck because they think Godzilla (or other Kaiju) is bad but he doesn’t mean any harm :(“

It was by Goji’s 3rd (I think) flick when he started getting portrayed as more heroic — that’s the whole reason Ghidorah, the second (or third after Mothra) most prominent kaiju, was introduced: to play heel so Godzilla would look better by comparison. The 4th or so started giving him goofy fun elements.

Plenty of Japanese movies have portrayed Godzilla as a protector of nature/Earth or as a force that maintains balance. Those are not American inventions, so arguing that they’re “tone-deaf” or “missing the point” seems wild to me

Final Wars, the big pseudo-finale meant to celebrate all of Gojira’s history, basically boiled down to “isn’t it cool to see this big lizard fight other monsters and evil aliens.” And it confusingly homaged/ripped off a bunch of American movies, but that’s a story for another day…

Ironically enough, the first American-made Godzilla movie (the TriStar one) did use the whole “tragic monster” shtick that the animated series and Legendary ‘verse generally lack. And then that got retconned (by Japanese continuity) to be a different character, who’s mainly been used as a joke since then (although that has changed with more recent portrayals of Zilla being more thought-out)

There is almost certainly some interesting and telling analysis to be had of how Americans and the Japanese view Godzilla, his origins, etc. and how that is reflected in American adaptations vs. Japanese originals. That is not something I’m trying to deny at all

Idk, this ain’t supposed to be an essay. I’m just trying to put my feelings on this into words

Okay, so there’s this movie that’s REALLY hard to find, partly because it was banned in its home country.  The film, Prophecies of Nostradamus/Catastrophe 1999 is an apocalyptic Toho film from 1974.

Just that part alone should grab your attention just a bit.

It is psychedelic, and overall pretty effective.

But there’s a sequence where it shows irradiated mutant humans as cannibal monsters, and, well, survivors of Hiroshima and Nagasaki are a might bit sensitive to negative portrayals of the irradiated.  So, the film was banned.

But overall, it is a movie worth at least knowing about if you are into Sci-Fi or Tokusatsu.  Some very effective parts are in it too, as well as some odd parts.

But the song that plays while these motorcycle riding Japanese Hippies ride off cliffs into the sea… is just… haunting.

And here’s a review of the movie itself. 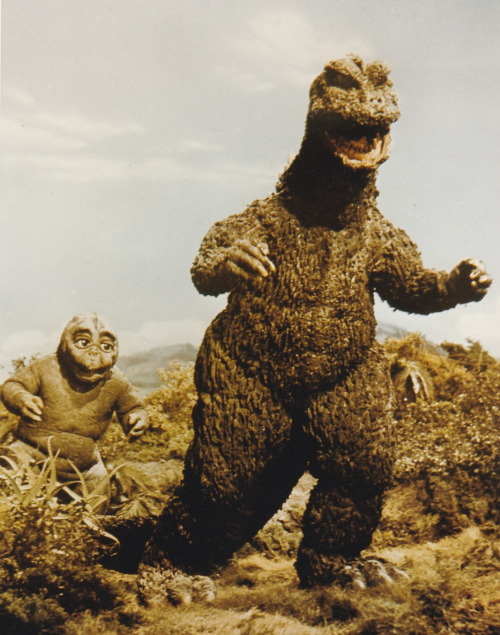 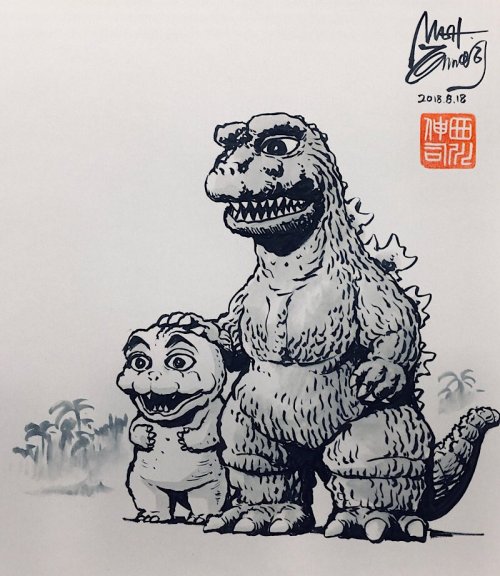 Toho is making plans for the long term damage the coronavirus will have on its business.

Godzilla vs. King Kong may be delayed, as is its other projects. Toho’s cinemas have taken a bad hit as they issued refunds to moviegoers starting in late February when the virus first hit and then closed them all.

Its first priority post-virus will be making larger investments into the Hollywood studios once L.A. is clear of the pandemic for an effort to recoup its, sure to be massive, losses. This will allow the company to endure the pain of the damage caused by virus at home and keep the lights on, while continuing their aggressive marketing to bring their intellectual properties to western markets in movies, TV and merchandise.

Toho International, the company’s L.A. office, will likely receive a boost in cash later on next year as they work out future movie deals as part of their 2021 Vision initiative. Which includes expansion in the streaming markets and pumping out new content to US customers.

I have utmost confidence that Toho will survive, it has survived historical disasters before and come out unscathed, otherwise it would not be one of the oldest film studios in Japan 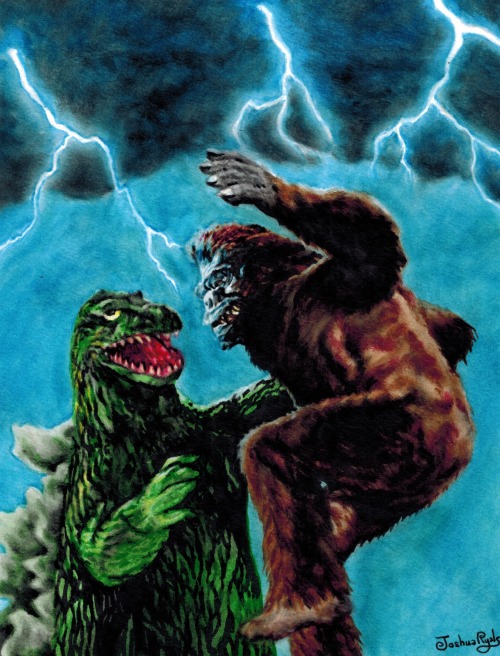 Hasbro has released the Godzilla edition of Monopoly!

Playing a game with family-in-law via email where we replace a word in a movie title with Godzilla and the Wife came up with Some Like Godzilla Hot and I couldn’t resist.

Godzilla (wearing fake wings and antenna): Mothra, I’m gonna level with you. We can’t get married at all.
Mothra: Why not?
Godzilla: Well, in the first place, these aren’t real wings.
Mothra: Doesn’t matter.
Godzilla: I have radioactive breath.
Mothra: I don’t care.
Godzilla: Well, I have a terrible past. For three years now, I’ve been living with Rodan on Monster Island.
Mothra: I forgive you.
Godzilla: I can never have children.
Mothra: We can adopt some.
Godzilla: But you don’t understand, Mothra. [Pulls off his fake antenna] Uh, I’m Godzilla.
Mothra: Well, nobody’s perfect.

#toho, #godzilla, #mothra, #some like it hot
32 notes · See All
tokupediaLink
Godzilla Joins Magic: The Gathering in Kaiju-Themed Expansion Sethttps://www.cbr.com/magic-the-gathering-ikoria-lair-of-behemoths-godzilla/

Thanks to a special collaboration with Toho, Wizards of the Coast have announced an expansion set of Magic the Gathering featuring Godzilla and his fellow kaiju!

Unfortunately, due to recent events, SpaceGodzilla’s attack called the Death Corona, has been censored off his card. It is understandable as emotions are running high right now from Covid-19 out there and it is in poor taste.

On a side note, anyone with the 1st run print card in English or Japanese with that description might have a valuable item on the collector’s market in the future.

Matango: Attack Of The Mushroom People (1963) 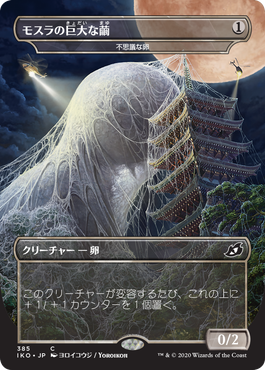 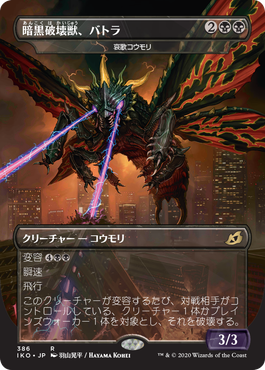 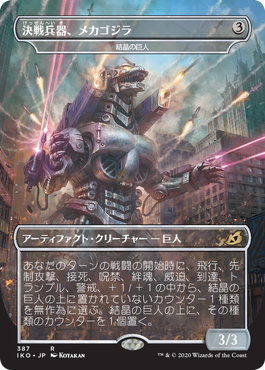 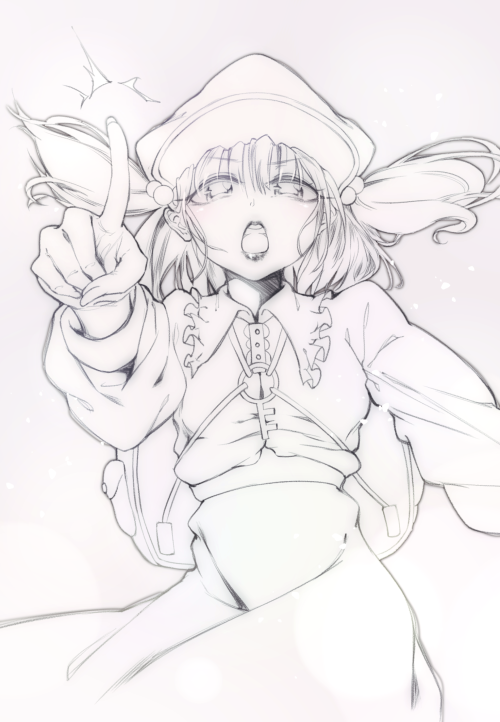 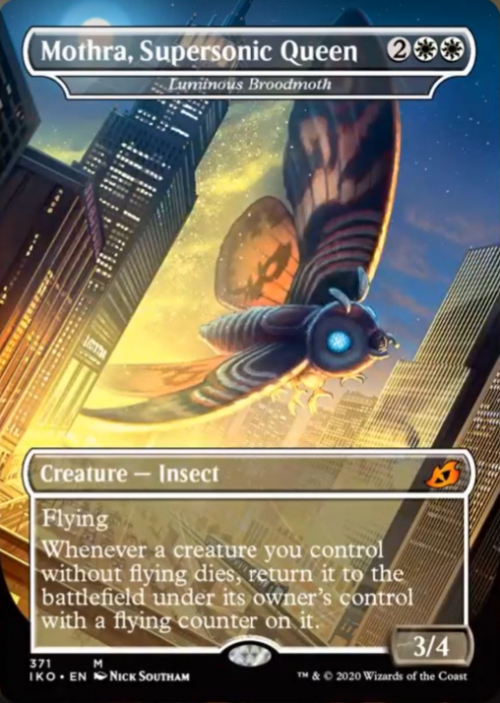 #mothra, #magic the gathering, #ikoria lair of the behemoths, #ikoria, #toho, #wizards of the coast
6 notes · See All
contentabnormalPhoto

Tiny Portrait Painting of Anguirus in Godzilla vs. Gigan 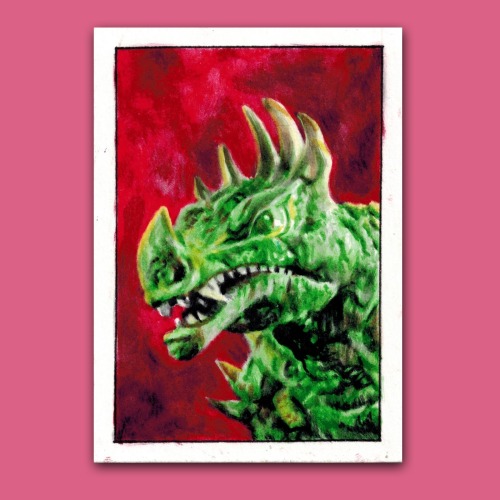 Time - KYHD end of rap sequence. Had to slow it down as the cam work is pretty fast

#if you are new cassie dont ask questions to CM stans they are poison of this fandom, #yunho, #uknow, #tvxq, #toho
4 notes · See All
fandompostText

A pricey complete set is in your future.