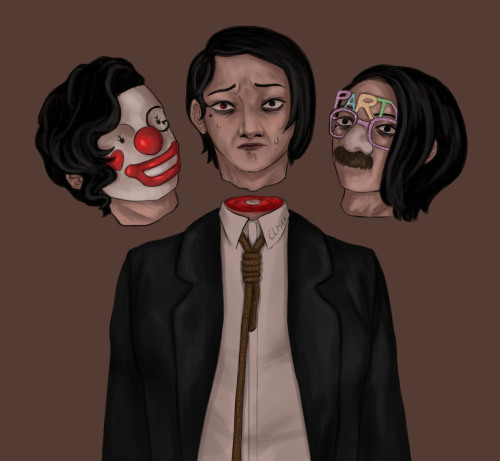 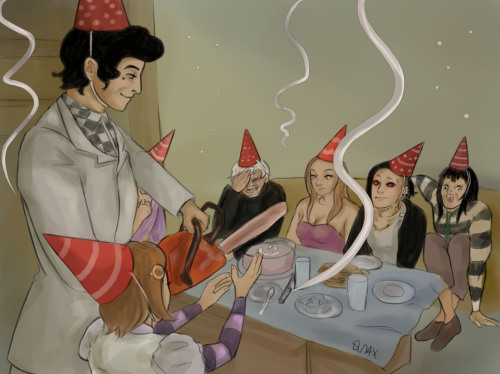 of course it had to be Uta ❤ 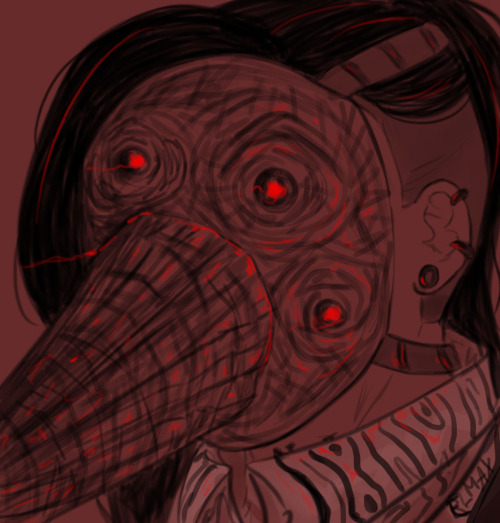 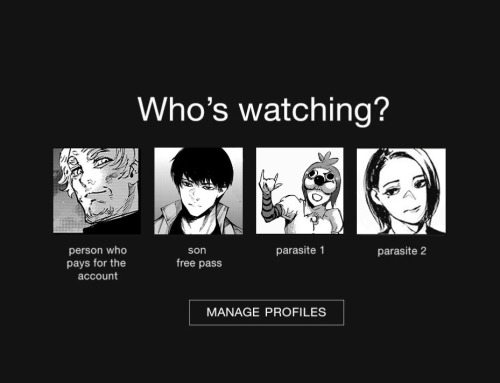 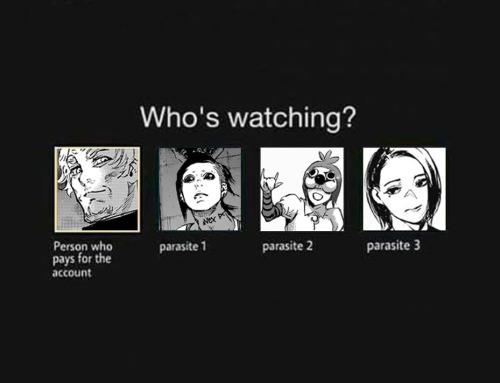 Souta, talking to the Clowns about the Sunlit Garden: there’s only one thing worse than a rapist.

No wonder the Clowns are so despairingly desperate to try to keep entertaining themselves in order to not go mad. If Uta really is the One Eyed King of old and Itori and Co. are all, like Roma, older than they look then that would mean they all have witnessed how Uta failed in liberating Ghoulkind.

And now they get to have front seats when seeing this spectacle unfold anew with Kaneki. They get a premium view of their own story played out before them. And that, seeing the same thing over and over again expecting a different outcome, isn’t that what insanity is all about?

The clows, by their own definition, can only win no matter the outcome.

If Kaneki fails, then they get to have the last laugh because they, too, failed and could predict as much. (We saw this in the original Tokyo Ghoul.)

If Kaneki wins, then they get to have their demons laid to rest, their worldview proven wrong and can finally stop having to perform on stage to not go mad. (Which is what will happen in :re.)

You know how the Clowns turned out to be pulling the strings in part one, causing and enjoying the tragedy? I feel there’s no way they aren’t sitting and watching and possibly trying to pull a few strings… And since there’s all these parallels between Kaneki and Mutsuki, I wouldn’t be surprised to see them playing about with Mutsuki’s fate especially after the reveal of Mutsuki’s mental/personality problems and Uta’s lying and manipulation in the Auction… In fact, that whisper let the CCG know there was an information leak, did the Clowns want the CCG to know as part of their grand scheme?

A possibility could be that the Clowns know who Souta is - Furuta. If they know that then they likely realize V’s intent to use them for ‘balance’, etc. Since the clowns do everything for the fun of it, if they viewed taking V on as fun then they might do it - the Clowns might be trying t influence events to lead to the eventual downfall of V. They may even cooperate with people such as the :re group.

Just some ideas I felt like writing down, what do you guys think? 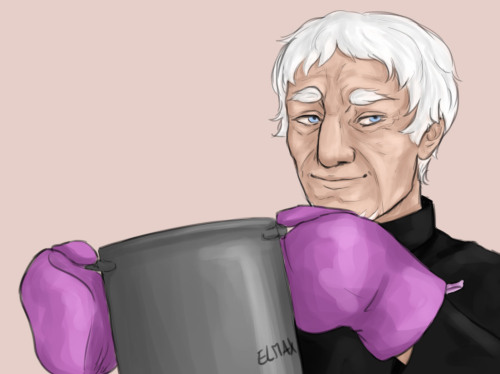 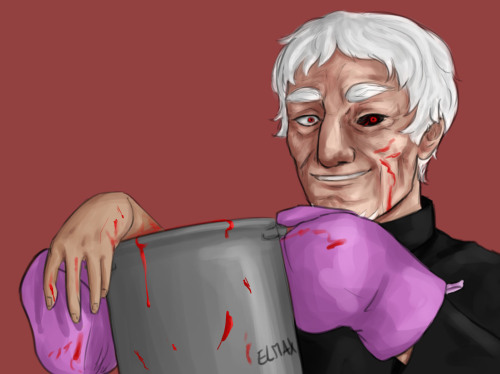 Thinking about it, Donato and Shachi, two of the most powerful ghouls around, aren’t kakuja. If you think about that, it means they’re the strongest ghouls in Tokyo

What is a SSS rated Kakuja to an old dad?

I really wish we’d seen how the heck Mikito managed to beat Donato because huuuuh he lived freely for a damn long while (aka never been defeated), he is undefeated ever since and is strong enough to control the motherfreaking Taxidermied Owl WHILE FIGHTING AS MULTIPLE CLONES.

Come on Mikito, how did you do that? Donato’s the strongest ghoul we know

#tokyo ghoul, #tokyo ghoul re, #having feeling about re 109 just the usual, #donato porpora, #clown of my life, #urie mikito
7 notes · See All
elmaxlysPhoto

Of course I had to start with those two ;) 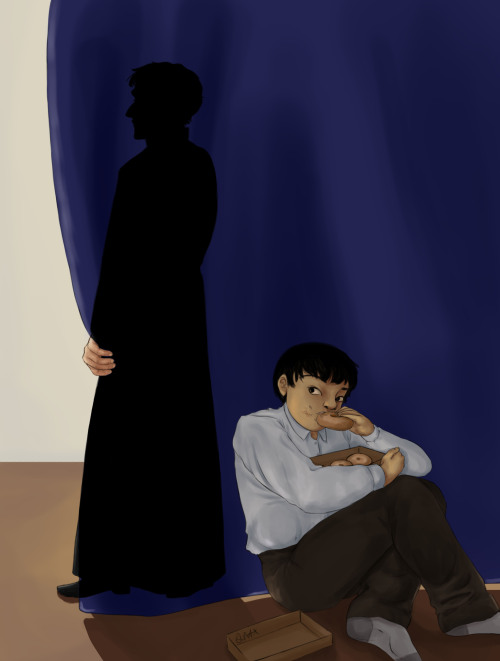 Thinking about Donato and Koutarou and missing them again huh? Can’t catch a break. My heart’s about to burst

#anyway i've started planning for the tg events this month, #needless to say many days will be them, #good lord i love them, #donut family, #tokyo ghoul, #clown of my life, #amon koutarou
4 notes · See All
x1000megaPhoto 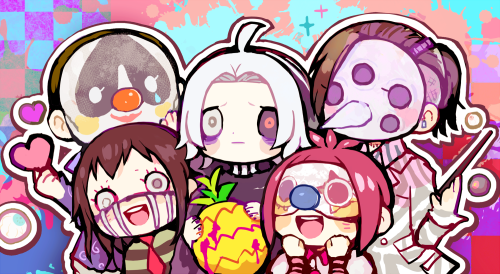 Reminder that this panel exists

I’m sure you’re all grateful to have seen him, no need to thank me 🥰

#like i honestly think i could've forgiven them for everything else, #if they had just animated itori's monologue about the clowns, #(that's a lie it would take a lot more than that, #tokyo ghoul uta, #tokyo ghoul itori, #utaren, #renji yomo, #im working on an uta video and i am currently filled with ungodly amounts of rage, #not only did they leave everything out, #but the animation itself is just disgusting, #it's just, #*screams into the abyss*, #fuck you studio clown, #seriously fuck studio clown, #pierrot, #the clowns, #yomouta, #no i will never get over it
7 notes · See All
elmaxlysText

Yes, I am sleep deprived but, above all, I am full of love for the Clowns.

The Clowns are just too good, man. Just a big old family of wildly diverse people that’s so protective of one another that they will fight the whole fucking world to help one of theirs.

That just makes me so happy? The little nicknames they have for each other, Roma’s protectiveness of Souta and Shiko, the way Donato says he doesn’t care but he’s still there no matter what, Nico’s entire existence, Uta who just doesn’t want to be alone and finds in them his only family since the 4th ward. They just make me so emotional.

He came to the most powerful ghoul group in the CCG history when he was about 18 for them to help him get rid of his blood family and they fucking did. They took him in, followed his plans, got back together as a fighting force for him and never once did they call him Nimura.

Someone requested the Clowns and I am happy to deliver 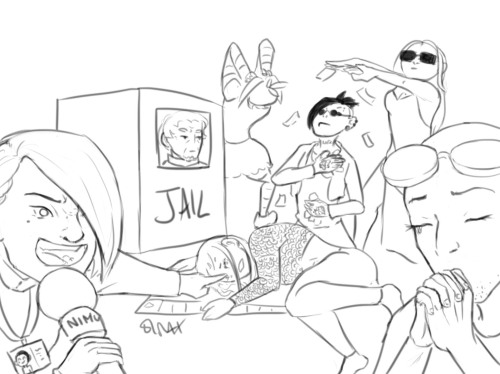