summary: you let tom colour in your tattoo’s when he’s stressed

your head rose from the pillow when you heard the front door slam.

“bad day hunny?” he nodded, throwing his keys onto the counter. you got up from where you were laying on the sofa and wrapped your arms around his torso, resting your head on his back.

you felt how tense his body was and you frowned. you hated when he had bad days, you just wanted your happy and smiley tom.

“can i colour your tattoo’s again?” you hummed.

“course you can baby.” you linked your fingers together and pulled him up the stairs to your room. once inside your shared bedroom you moved to where you keep the colouring pens.

“d’you want all of them?” he nodded. you pulled out the 2 different packs, once more vibrant and one more pastel colours, handing them to your boyfriend before laying on your stomach on the bed.

you felt the bed dip when he knelt beside you. getting comfortable on his knees before surveying your back.

“which one d’you wanna start with?”

“the sunflower.” you smiled and lifted your hair out of his way, giving tom access to the sunflower tattoo on the back of your neck. he grabbed the non toxic markers and began colouring in the petals, the male already feeling his stress fade away.

he let you look in the mirror after he was done. the now brightly coloured sunflower contrasting with your skin.

“wanted it to be different.” you smiled.

“spiderman.” his voice was like an excited child. you rolled your eyes and tugged your shirt up below your breasts, his eyes widening when he noticed you were braless.

“nothing you haven’t seen before.” you winked. he blushed and you giggled, laying on your side to give him access to the tattoo on the side of your boob.

as he coloured in the cartoon spiderman, you took the opportunity to study his face. the way his eyebrows furrowed ever so slightly in concentration, how he pulled his bottom lip between his teeth, how his eyes sparkled everytime he looked at you, which made you completely swoon.

“feel any better bub?” you ran your fingers through his curly hair.

“much better, thank you.”

Ok this may make me a “bad bisexual” but I just fo not see what the big deal is w Tom Holland. I just do not think he’s as attractive as everyone thinks he is. Like he’s cute sure I guess but I just don’t get the obsession

I know it’s kinda popular to hate on Tom Holland, but damn that dude can act.

not all of these people impersonating tom on tiktok i-

#tom holland, #lys speaks, #let’s be real here, #if he had a tiktok and was posting on it he’d be verified by now
2 notes · See All
tomdayastuffText

“I know! I know! I screwed up bad!”, Spider-Man cried, grinding a fist to the side of his right brow, “ but I was worried about you, man!” He wrenched his eyes back up to Venom, who’s tendrils were lashing erratically around it’s host. Eddie wasn’t completely engulfed in the symbiote, parts of his limbs and fragments of his clothes were visible. His arms hung limply at his sides but he was standing upright. That was a good sign, right? “I’ve never seen anything like this!”, Spider-Man continued, gesturing both hands toward Eddie and the quickly moving masses of symbiote around him, “You have to admit that your alien looks menacing! And it’s inside your body! I thought it was manipulating you!” Venom formed completely around Eddie and made a few staggered steps toward Spider-Man, not making a coherent phrase, just garbled hisses and growls. Spider-Man braced himself, bringing both hands up to defend himself, “I didn’t mean to hurt you, Eddie! I only wanted to help!” Venom wobbled to a stop, swaying on its feet, tendrils still lashing around its body. Venom gave a small lurch and fell forward landing face-first into the floor. Soon after, the black tendrils sank into the still body of an unconscious Eddie Brock. Spider-Man didn’t move for a few moments, only watching uneasily in the sudden silence he found himself in. Eddie wasn’t moving, he couldn’t see the symbiote, and it could be his imagination, but Eddie appeared to not be breathing. He slowly lifted a hand toward one of the fallen journalist’s shoulders and meekly called, “Eddie?” The sudden appearance of a large black jaw full of sharp teeth gave a quick snap, and Spider-Man yanked his hand back with a shriek. The symbiote was swimming frantically along Eddie’s unmoving body, occasionally shooting out small tendrils to try and get Eddie’s limbs to move. “I’m sorry!”, Spider-Man cried again, but was immediately answered with a garbled, “…help…”

A type of Spider-Man & Venom meet up I was thinking about. In which Spider-Man and Venom team up to assist a scientist by the name of Reed Richards recover stolen alien samples from the previous Avengers Movies conflicts. While attempting to work together, Richards convinces Spider-Man that the symbiote poses a threat to both the planet and its host, Eddie Brock. Spider-Man assists Richards in capturing Venom and then proceeds to remove the symbiote from Brock. The bond between the Venom symbiote is so strong to Brock that Richards decides to use deadly force, and break their bond at the cellular level and nearly kills Brock. Spider-Man, seeing Richards as the true threat he is, sabotages the process and helps Venom escape, leading to the scene above.

Tom Holland showed up on my tiktok fyp, and I was scrolling through his videos and look

(requested) wow okay so i got like 20 requests for a part two of “boomerang,” so here goes…

The foxglove of the plantains, or the digitalis, blew in the wind like a beaut on a horse. Its colors, encapsulating, vivid, vibrant, radiant, rich. Sweet smells from the pollen and nectar wafting through the air, luring in those who dared to have such a sacred piece of life. Petals as delicate and fragile and intricate as stemware, filled with crimson winery, sweet and bitter like the flower’s nectar. The middle, the center, the inside. Intimate and exclusive, blossoming only to those willing to experience the pain that came with such a devilish plant, full to the brim with nightmares disguised as daydreams. But even with all the beauty; colors and petals and scents and tastes as wonderful as they were, it was still deadly. Intoxicating, fatal, poisonous. And the disease spread faster than Nutella on toast.

How poisonous she was, Tom did not discover until her pollen was left behind, leaving a bitter aftertaste in his mouth as pressure from the heat settled and sizzled to nothing, realization kicking in that she was gone and her absence did nothing but destroy. And destruction was merciless, especially for the person that had prompted it all. Tom built a machine he doesn’t know how to stop; it’s self destruction in the worst way.

The week had passed by quickly thankfully and it was Friday. Y/N had gotten to know Amelia better and could definitely see her as a good friend. She was happy to have someone other than Madeline, because no matter how much she loved that girl it was always nice to have more than one person to confide in. 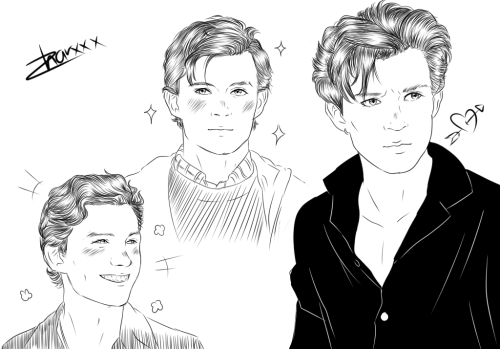 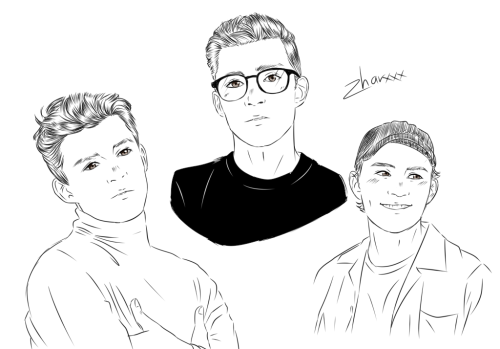 Of course Andrew Garfield is the cool one 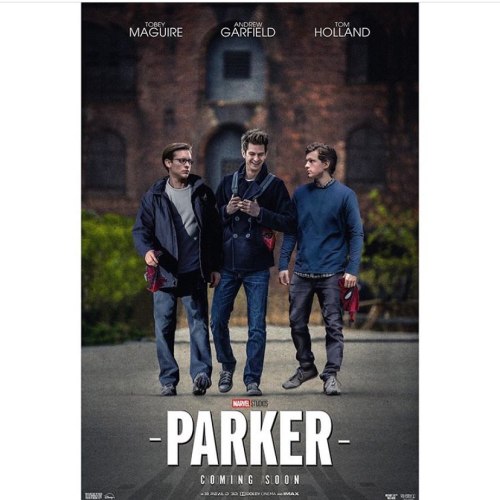 Believe me, I’ve seen a lot of shit before, so the dark stuff didn’t faze me at all. It’s not a factor of my review, just saying. It’s more like, it felt quite directionless? It just didn’t feel like it was going anywhere until the second half, where it started to pick up a bit, but even then, the pacing of the movie felt like it was just meandering. One of my parents told me that the movie was supposed to show the dark sides of religion and those who believe in it too much, and I guess it managed to execute that well, what with the numerous amounts of sacrifices and preaching. Not gonna lie guys, I–I kinda lost interest.

Edit (To add more review-y stuff and formatting): I’m assuming the alternating stories they did with Arvin’s character and the other serial killers were to eventually tie it all up in the end? Like a whole ‘Ah, they finally met now!’, but it didn’t really give me personally gratified feeling of having that together; it felt rather anticlimactic. I will give the film kudos though for being able to progress their story without rushing it, considering it’s adapted from a book, which ordinarily would have a lot more story to unfold. Overall the story itself was quite lacking from what I interpret, but stuff like the cinematography and setting was brilliant!

However, the actors’ performances were TOP NOTCH. Pattinson and Skarsgard did a fine job, but Holland is ESPECIALLY noteworthy. His delivery was great. Look, I really only watched this film to see whether or not Holland’s got a future outside of Spiderman and I gotta say, he delivered. I did not see Spiderman with him at all (Not sure if I saw his character, but I definitely didn’t see Spiderman). Guy’s got range. He’s gonna live.

If you’re planning on watching this film, I’m gonna have to give you a huge WARNING! It deals with incredibly dark topics, some of which are sexual assault and rape, explicit gore, pedophilia, etc. Please just look at the rating before you watch anything. This film is not for the faint of heart.

(On that note, do not feel like you have to watch the film just because. Once again, it is extremely dark, and if people are trying to get you to watch it and shaming you for not being able to handle such dark topics, they can fly right off. Everyone has their own limits, and there’s nothing wrong with that. Another thing is please don’t pride yourself on being able to handle this type of stuff or legit make fun of others for not being able to stomach it. It doesn’t make you qUiRkY or uNiQuE or tOuGh, it just makes you seem like a jerk. I’ve been seeing some of that crap around, and lemme tell ya, it gets real old.)

Regardless, thanks for reading. Let me know what you thought!