A little something for Shigaraki’s birthday~

older shigaraki with a braid for his birthday!

(Click for better quality oh my god I hate Tumblr) 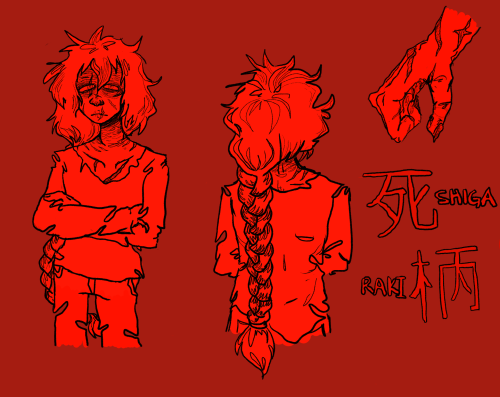 I still want you to Choke me, sir

#i love you so much bby boy 😔💖, #i want to smooch him, #He make me go ùwú, #happy birthday king, #my hero academia, #tomura shigaraki, #bnha shigaraki, #shigaraki tomura, #mha, #boku no hero academia, #anime, #shimura tenko, #bnha
70 notes · See All
90s-belladonnaAnswer
Well would you look at that. The HPSC really did have Hawks lose his old name. More parallels to Shigaraki! Who went from Tenko to Tomura.

yup, part of me thinks hori didn’t do it intentionally though but who knows. I’m also glad at least one of them acknowledges that just because he had a rough past doesn’t mean he can justify making others suffer, instead he wants to save people. it really shows the two ways abused children can grow to be, either they themselves turn into abusers and continue the cycle of abuse or they break free from the cycle and try to bring safety to other people who have also suffered. the sad part is hawks is still being held by a leash, the hero comission is a different cage and I think it took him a long time to figure that out, as opposed to shigs who with afo gone now has all the freedom in the world and what does he do with it? he wants to continue the cycle of abuse and hurt innocent people. 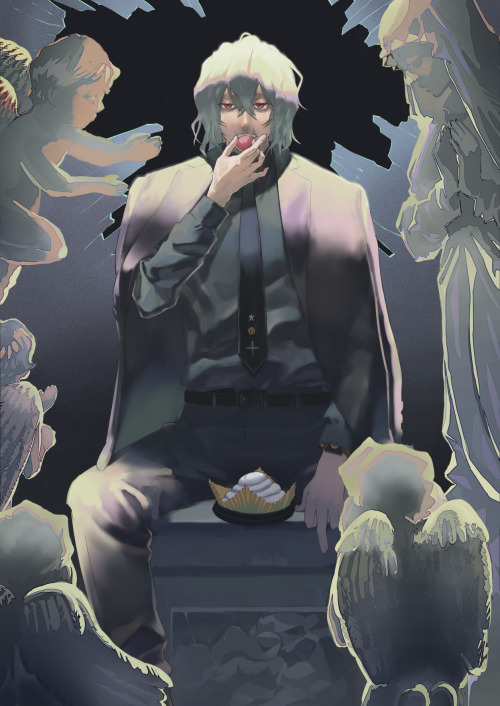 Shigaraki: Will it work? Maybe. Will there be some surprises along the way? Ab-so-lutely. Is anyone gonna die? I don’t know, maybe Compress.

Preorders for Decay open 2morrow! We can’t wait to open the shop!

*throws shitty colorings at you and disappear into the void again*

Toga found confetti-themed bandages and wanted to test them on Tomura, then finished the masterpiece by throwing confetti on him. He’s rolling his eyes but doesn’t really mind.

I think the reason I can’t do anything else but silly shit for these drawings is because my recent fic writing has involved SHIT TON of angst, so I can’t really have it in drawing too. 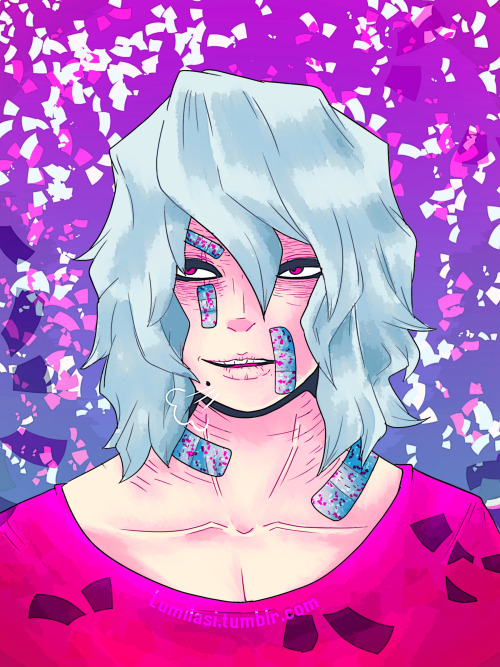 #my art stuff, #shigarakiweek, #shigaraki birthday week, #tomura shigaraki, #bnha tomura, #shigaraki tomura, #mha tomura, #shiragaki tomura, #tomurashigaraki, #look at all dat confetti, #who gave toga confetti, #now everything is covered in it
84 notes · See All
faketextsfromlastmightChat
Shigaraki Tomura: What is the state of our affairs, Kurogiri?
Kurogiri: The yakuza seek an alliance, your research team is devising new ways to improve your minions, you have fully-armed secret headquarters with a loyal army of mindless brutes, your immortal genius mentor will soon be back in action, the devotees of a vigilante terrorist flock to your leadership and the media make you appear far more powerful than you actually are while also glamorizing your actions.
Shigaraki Tomura: Excellent. It seems that the next stage of my masterplan is clear: I must kidnap a teenager and hope for the best.
Kurogiri: Indeed, Sir. This certainly seems like your only option.
#mha, #my hero academia, #bnha, #boku no hero academia, #shigaraki tomura, #tomura shigaraki, #bnha tomura, #bnha shigaraki, #kurogiri, #bnha kurogiri, #all for one, #bnha all for one
364 notes · See All
ao3feed-hitoshi-shinsouText

It begins with a cat in a tree…
by NoahLikesHummus

…and ends with one questioning their morality.

(Tenko is a hero. Mundane, underrated, but still a hero. An encounter with two strange teens just may change that.

It begins with a cat in a tree…
by NoahLikesHummus

…and ends with one questioning their morality.

(Tenko is a hero. Mundane, underrated, but still a hero. An encounter with two strange teens just may change that.

Everybody worrying about Dabi, Hawks and Miruko and I’m overhere hoping Shigaraki completes his process. But also really really really tired of waiting for him to wake up. What will he look like, will he still be himself. Will he be OK. Don’t get me wrong I like Dabi he seems to be the only one from the Villains side doing damage. But DAME IT WAKE UP SHIGARAKI. I swear if that fucking bunny or that flame bastard cause him to not complete I’m gonna riot. Please be complete. The Villains need some wins cause right now its all heroes and very predictable ugh

SPECIFIC WARNINGS FOR THIS CHAPTER ARE IMPORTANT:

“Mr. Dabi… please let me….” Just as his cheek touched against your scent glands for the second time, the door to the elevator dinged.

You had seen feral alphas on T.V. before. Mainly in the Korean dramas you and your Omega friends liked to watch, or once the news did a live coverage on two Alpha’s fighting on the roof of a building over a cheating omega husband, you remembered it being bloody… and the broadcast ending early due to one of them being thrown off of the roof of the very, very tall apartment complex. The shaky camera footage from a nationwide news station helicopter trying their best to capture what could be described as pure carnage. With both Alphas hackles up, claws out and fangs elongated, blood covering their arms and faces haunted you for weeks, you remembered how Mirio let you stay over at his apartment for weeks after that, letting you have his bed while he took the less than comfortable sofa for an alpha of his size. The overwhelming raw strength of even the weakest of Alphas had been well hidden in modern society, as you hid behind the bar you couldn’t help but remember the words your sweet, kind father spoke to you when he told you about how your mother had saved him in high school from a group of drunken Alpha’s walking home after his heat hit him too early. “There is nothing on earth more terrifying than an Alpha gone feral over an Omega Y/N.”

Me thinking that Shigaraki and Dabi will form a close relationship in canon just because they have a bunch of parallels:

Okay, so I downloaded some MHA things for the Sims 4 and I made Toga, Dabi, and Shigaraki. Moved em into a nice little house and we’ll see how this goes. I’ll make the rest of the League another time.