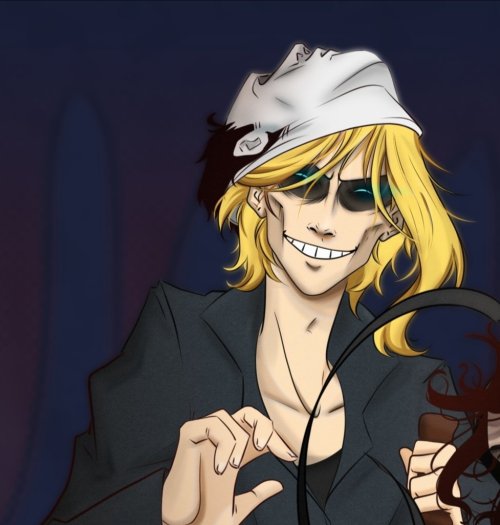 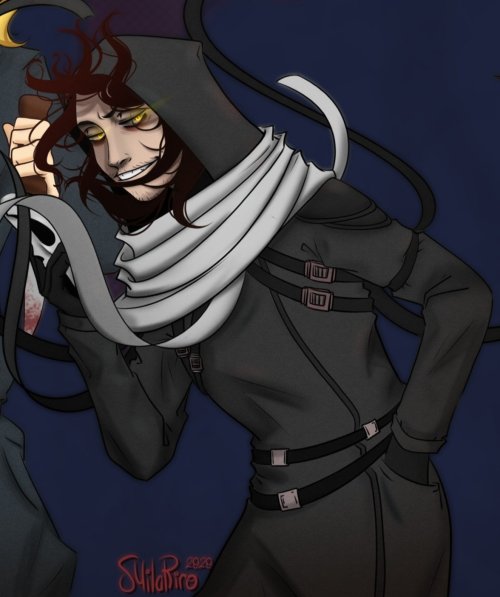 OFA the symbol of peace is a giant Gundam who’s pilot and relies on the compatibility of its pilot to use 100% of its power. It also probably is superpowered by friendship.

I’ve never drawn a robot before so mecha fans pls don’t beat me up :’ ) I tried my hardest.

(I watched Gundam Narrative the other night, and it reminded me of the days when I’d stick a VHS in the VCR and tape Saturday Night episodes of Gundam Seed Destiny and watch them over and over until next weeks episode. I drew this listening to the Gundam Narrative OST, which, if you love Sawano’s work its a must listen.) 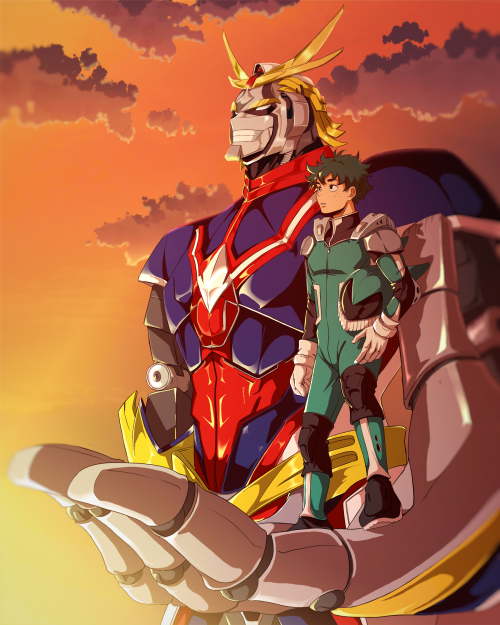 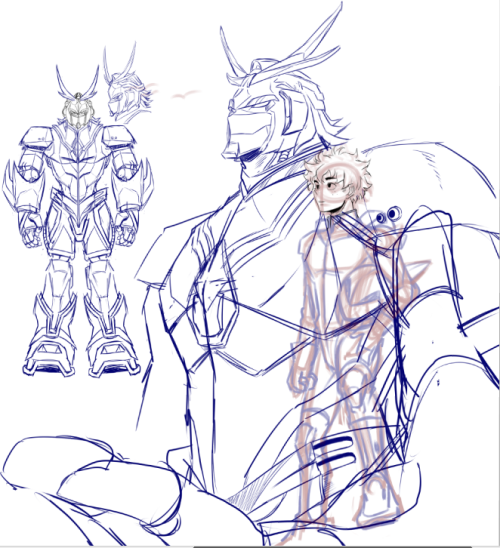 Here’s a sneak peek at my Halloween piece and you get to see my work space…my bed haha!

Yes their costumes are based off the figpins.

My brain: say no more 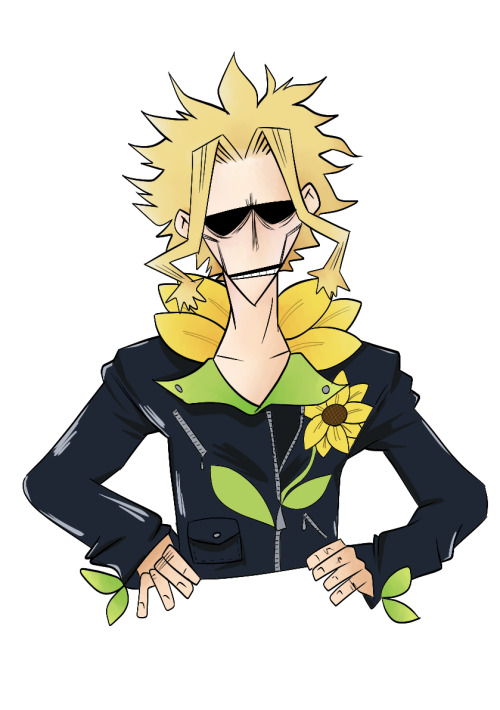 a/n: this was loooonnggg over due but I was taking my time with it. Thank you everyone who has patiently waited its mean so much to me that people are truly enjoying this story. A lot happened but not as dramatic as the other ones lol. I do have a lot planned for reader and V!All Might. Again thank you everyone for the kind comments, I’ve read every single one!

First Story : Your heart Got Teeth

(Artist : Tumblr: Allmightythen Check out their blog its awesome!)

It be loving on Toshi hours

#lover talks, #sorry for the spam, #but I’m simping for this man hard, #can you blame me, #all might, #toshinori yagi, #bnha, #mha, #my hero academia, #boku no hero academia
36 notes · See All
wooobuddyletsgetnastyText

welcome back to another story idea I have but it will probably take me 20,000 years to write.

I’ve fallen down a hole, and that hole is All Might because I am in LOVE w/ Toshi and All Might respectfully, and also disrespectfully.

but anyways, picture this,

A semi-seasoned Pro Hero, so essentially, not fresh out of high school, but also not Toshi’s age u know. At some point in time, said reader runs into Toshi after his fight and he’s shown his true form, but reader is a dumbass and doesn’t realize it’s fucking ALL MIGHT OKAY WOW HOLY SHIT THE NUMBER ONE HERO EVEN THOUGH HE ISNT REALLY ANYMORE BUT IT STILL COUNTS.

Reader is oblivious, and just starts laying the moves. And not even good ones, just, “So what’s a bar like you doin’ in a man like this..? or wait.. uh.. do.. do you come here often?” And it’s just a horrible encounter, until a friend just is like, “I’m so sorry, this bitch is a fuckin nightmare.” And they just snatch ur stupid ass up and away from him.

And then they’re just like, “Why in the fuck would you say something that stupid to All Might???” And reader is just horrified, “oh fuck oh shit oh jesus.” Cue reader just screaming on the inside and having to go to Toshi, and apologize like, “So uh listen.. I-I didn’t realize u were All Might.. I just thought u were handsome and uhhhhh Jesus this is a mess. I’m so sorry for disrespecting u like that by flirting w/ u and shit and it wasn’t even good flirting this sucks man SHIT.”

Reader is equal parts flustered and also still wants to hit on him but maybe better this time ???

And cue insecure little Toshi, who is probably 15 years your senior, just panicking on the inside and being like.. u were hitting on me.. because you thought I was handsome and not because I’m All Might ????

And that’s how they fall in love and have the sex and stuff u know.

Toshi would be a WONDERFUL dad, but almost more like a mother hen. He would constantly embarrass his child with how he babies them (ie, running after them and their group of friends to give them a homemade lunch with cute little smiles and animals shaped into the food, giving them a big smooch on the forehead every morning and night even if a friend is staying over, the other parents would be intimidated by his size but think he’s a sweet dad, how his eyes shine with pride talking about his kid) 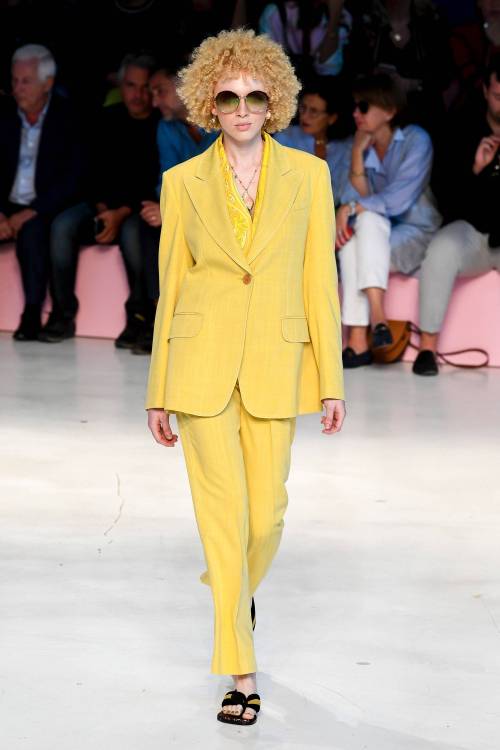 I felt a gryphon represented All Might the best ! 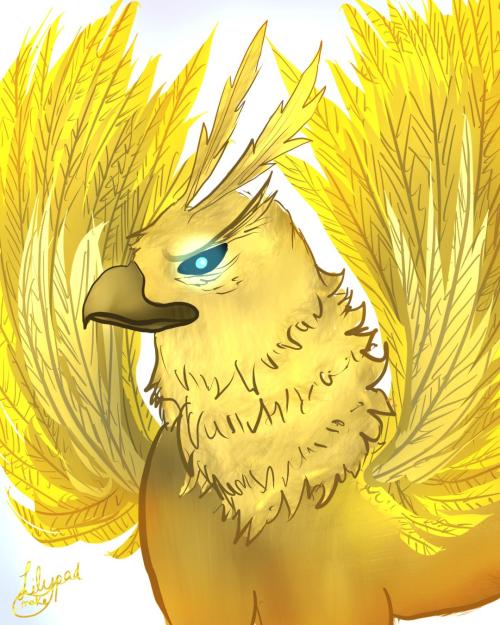 #eletober, #all might, #yagi toshinori, #toshinori yagi, #bnha, #boku no hero academia, #mha, #my hero academia, #one for all, #artist on tumblr
13 notes · See All
allmightluverAnswer

It’s snowing here too, and I keep thinking about him building a pillow pile next to a fireplace and cuddling up next to it in an oversized sweatshirt with sweatpants and bunny slippers. Maybe a blanket covering him and then a warm cup of tea in his hands ❤️

It’s what he deserves

I saw a meme like this floating around and I decided to draw this up. All Might thinks he is so clever.

he’s having a rough morning.

If it wasn’t him, I wouldn’t find it attractive, but BECAUSE it’s him, he’s the most attractive thing ever ❤️❤️

Just a normal morning in the Aizawa household! I had this sketched up for weeks and finally finished it last night and I love it ♡

♡Dont repost my art without credit♡

Small Might: I understand that you’ve been pushing yourself too hard. I know you want to do your very best at whatever it is you’re up to, but you aren’t going to do the best you can if you’re pushing yourself past the limit. Even if you push yourself up to the limit, that still isn’t good. This isn’t to say that slacking off is good, no. But there’s a gray area in there, and it’s a little bit bigger than you may think. You’re going to do great as long as you don’t burn yourself out. Please take care.

#mod septic, #all might, #small might, #toshinori yagi, #comfort, #i hope that this was good!, #i'm not the best at getting into character for some, #and all might is one of them, #BUT!, #with practice, #I'll get better!, #and request whomever you want, #i really don't care, #i just wanna make y'all feel better
45 notes · See All
cyber-phobiaText

A series of unrelated drawings: