It looks like both me and @milky-things were having a pretty bad week, so I decided to try and cheer both of us up! I get to draw their cutie Neo (and pals) and they get some fanart!

I hope you are doing okay and that this little doodle page cheers you up a bit! also yes that is Neo as a bunny <3 <3 <3 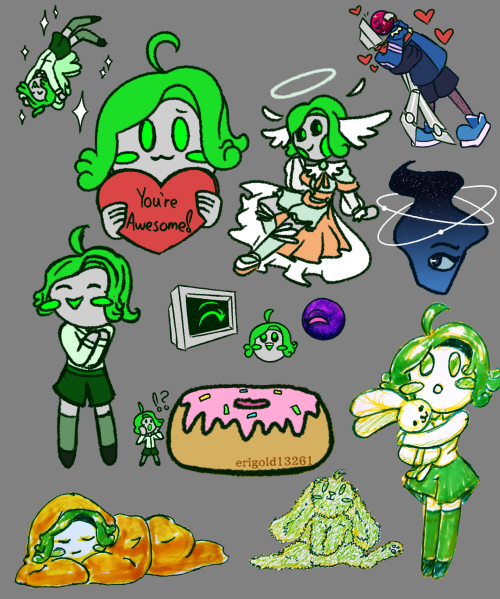 This is my custom MC, Seong-mi Hong 😌💕

|| Wanted to do some traditional fiddle while at work… Pens smeared with it but not a horrible outcome.

Don’t expect many pictures of me. My friend Alexia just suggested I should at least show its me. So heres what I look like.

A little wip for a random thing I’ll color tomorrow =) 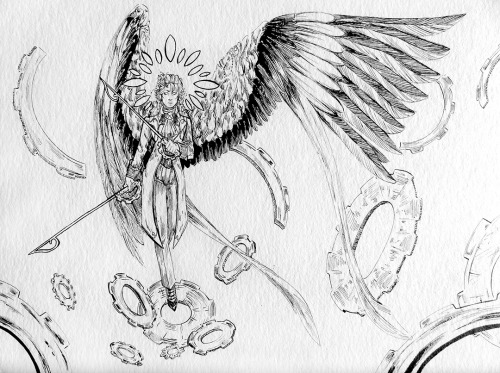 quick study of the best dude 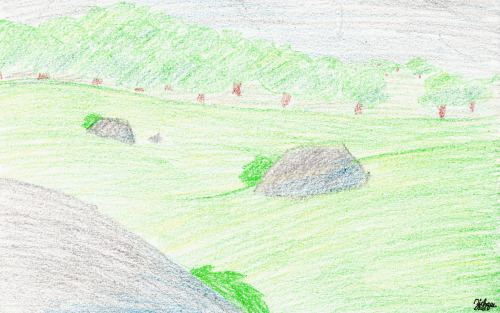 Achomawi, also Achumawi, Ajumawi and Ahjumawi, are the northerly nine, out of eleven, bands of the Pit River tribe of Native Americans.
The Achumawi language, also Achomawi or Pit River language, is classified as the Palaihnihan language, in a possible northern group of the proposed Hokan language family.
When children were born, the parents were put into seclusion and had food restrictions while waiting for their babies umbilical cord to fall off.  They also cremated those who died outside of the community, bringing the ashes back for burial back home. There were no special ceremonies or rituals. 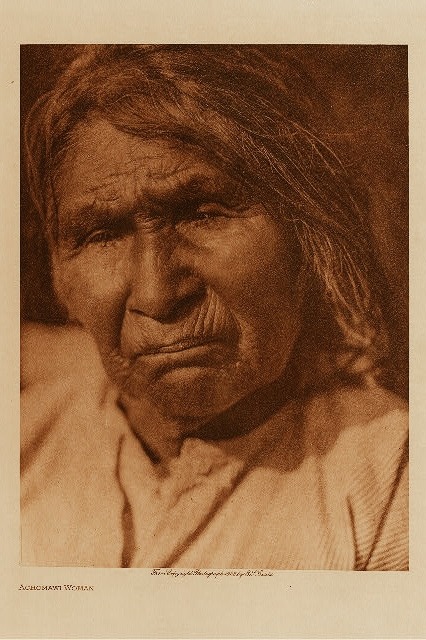 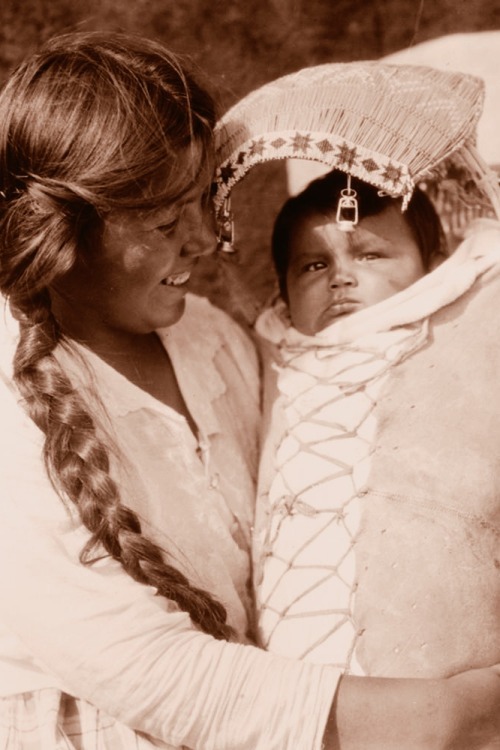 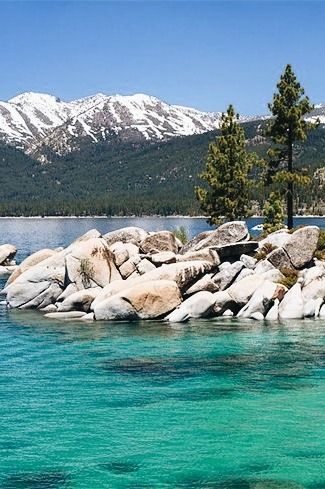 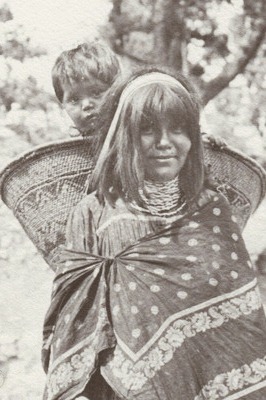 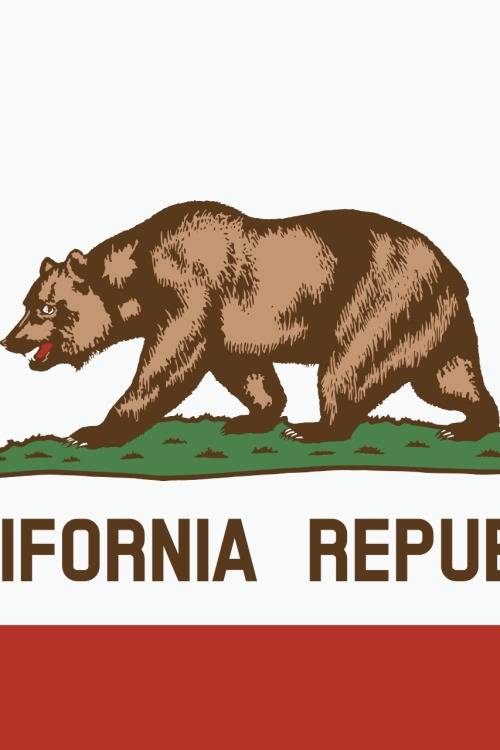 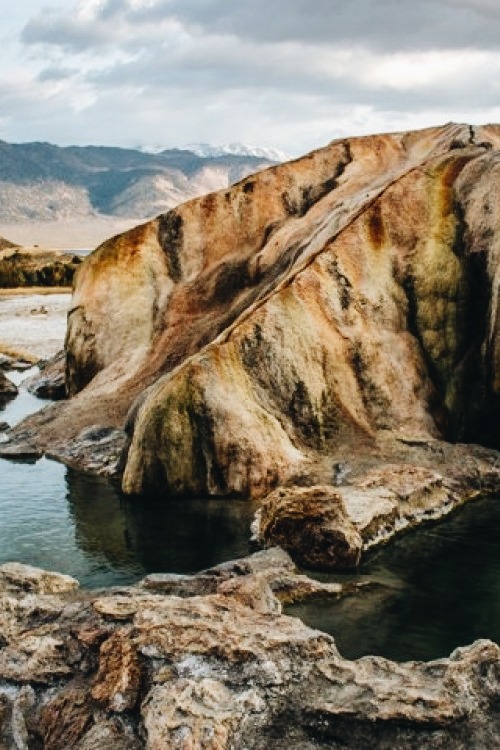 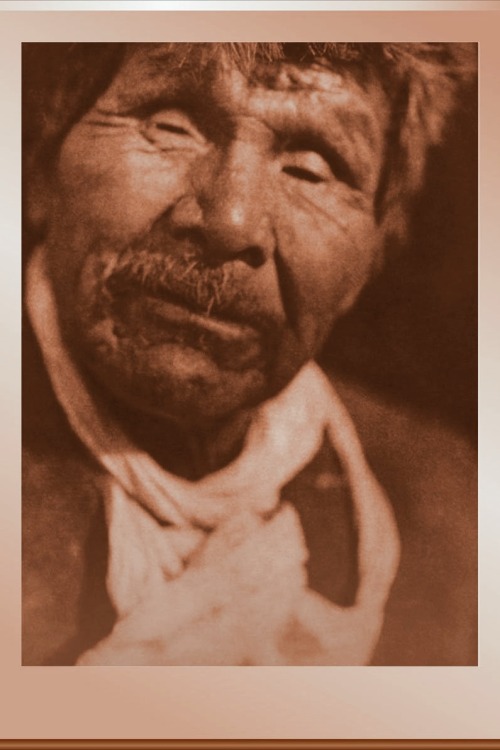 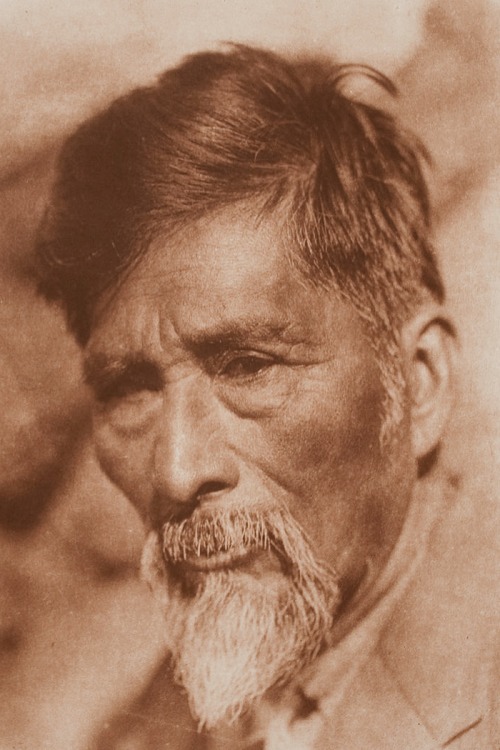 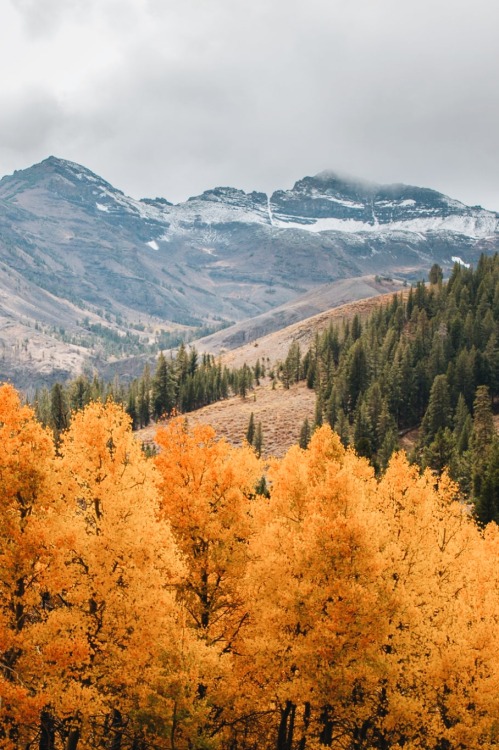 A quick doodle of Starlight. Might repost with the arm fixed, but here it is so far. I’m not sure if the tattoos are right(I’m sure they’re not), but I’ll see if I can fix it. 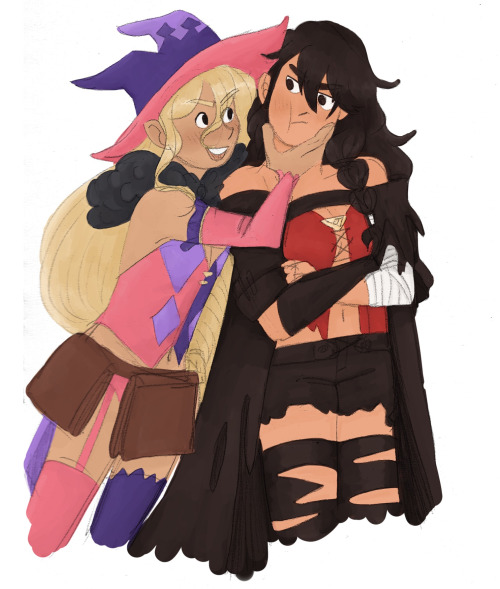 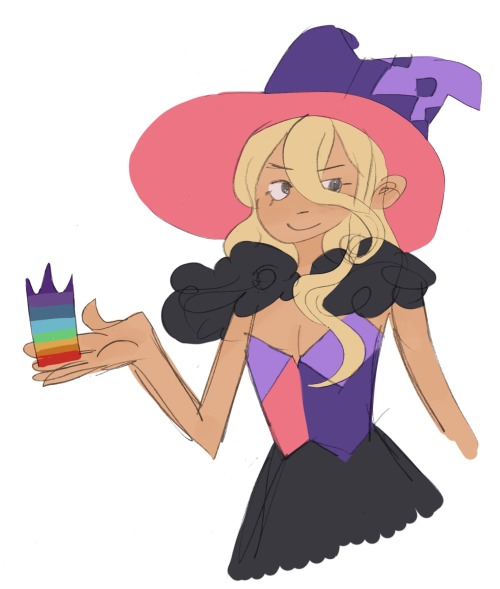 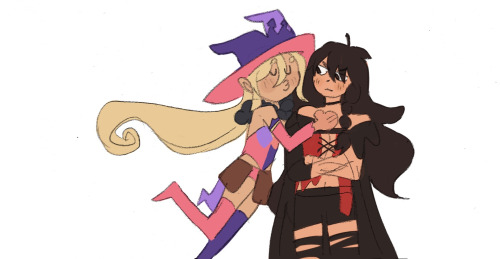 Bing Crosby - I’ve got plenty to be thankful for

Growing up, I never really had a lot of slumber parties. Before high school, I only had sleepovers with two girls from my Girl Scout troop (and I guess camping trips if that counts). In high school I only had one sleepover with the kids from my department. The only people to come were all girls.

But from the course of conversations with female friends and interactions with media, I realized it was a common occurrence to have a gay man included in “all girl” sleepovers. The logic was, as I came to know it, “He’s gay, he’s not attracted to me, so it’s okay to include him in this.” This logic carries over to all sorts of realms. From girl-talk to graphic and intimate discussions of guy problems, these women treat these men (and these men treat themselves) as if they are women and belong in women’s spaces.

In fact, an adult gay man who went to my school (turned 18 junior year, 19 senior year type thing) had this habit of barging indiscriminately into the women’s restrooms. Did a teacher ever do anything about this? Of course not. Why would they? After all, he’s gay, it’s not like he’s going to do anything to the girls. Moreover, none of the women who witnessed this or who heard about this ever complained to any administrator. Why didn’t they? Well because he’s gay. What would he want to do to them?

Well it turns out he did do things to girls and not just in the bathroom. He openly groped his female classmates chests and rear-ends. But no one complained, so no one must’ve been bothered, right? Wrong. Privately, among actual women, these girls disclosed to me and their friends that they were made horrifically uncomfortable by this grown homosexual man’s advances. But they thought, because he was gay, that he must not have meant anything by it or that he didn’t know better(1).

But gay men do know better. This particular gay man was was not medically delayed in any way. The only explanation of this behaviors is that like all predators, he had no respect for the personhood or bodies of the people he aggressed upon. Gay men, no matter how feminine, are still men. Thus, we should not normalize (as has been normalized for decades) the practice of treating them as such. Do not include your gay male friends in single sex sleepovers. Do not include them in discussions of lady problems or “guy problems” you would only tell other women. Do not let gay men traipse into women’s spaces (restrooms, locker rooms, hell– conferences specifically for women) because you believe him to be limp-waisted enough to be hardly a man in the first place. It’s wrong, factually speaking, and it’s insulting; gay men are fully men. It also places you and your fellow woman in danger physically and psychologically(2). Simply do not take that risk.

This brings me to a discussion of transsexual men. Transsexual men are men and deserve to be treated as such. They have been known to cary the exact same risks of every other variety of man.

There was one transsexual man in my class of 10. He had begun his transition before high school even started. To me and most other people, he looked exactly like a 14 year old boy. That’s what he ways. So it both amazed and disgusted me when the girls and my class (and the female teacher) would begin talks of “lady problems” or subjects like that would normally only be discussed around women. There is a man sitting right next to me and I am hearing discussions of period “globs”. I can feel him sinking into his seat and below the table– as any other boy would.

Along with the fact that transexual men are equally capable of predation as cis men, it adds insult to a person already struggling with their gender identity. And regardless of what you think of transsexuals, upsetting them just to be an asshole for 15 minutes should not come before keeping women safe.

1) Can we take a moment to acknowledge how insulting this is to gay men to pretend as if an individual’s habit of groping women is a symptom of gay men “simply not knowing what that means to girls.” Give me a break. Gay men are full people and are as capable as anyone else to understand how their peers feel and they are most definitely capable of understanding consent and interpersonal discretion.

2) I don’t mean to seem like I believe men to be inherently predatory. I don’t believe they are. But everyone must admit that men pose a greater danger to women than fellow women do. Men are physically stronger, that’s just a fact, and studies have seemed to show you’re more likely to be affected by the bad actions of the opposite sex rather then your same sex– likely because your own sex is more familiar. 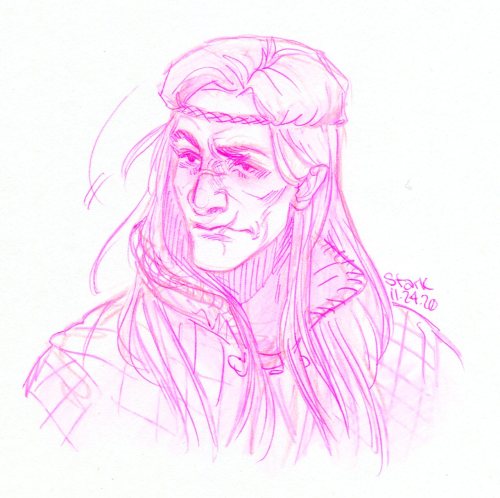 Nothing out of the ordinary here. Move along, sirs and madams. (I’m actually quite happy with this character. Yay!)

Please do not repost, modify or sell this image.

(Reblogging is fine, though!)

Creative Arts - Support me on Ko-Fi! 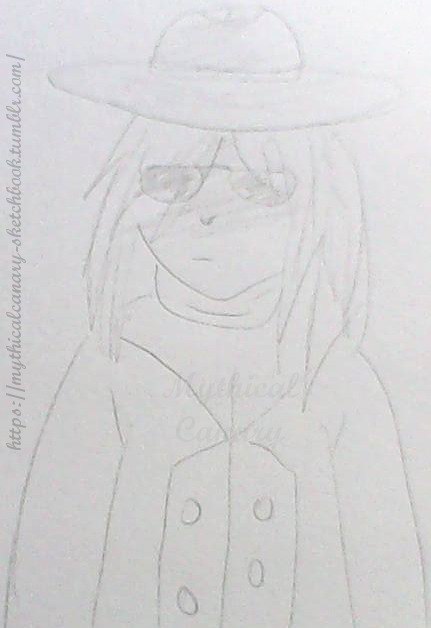 Some nice vent art, we all have are breaking point 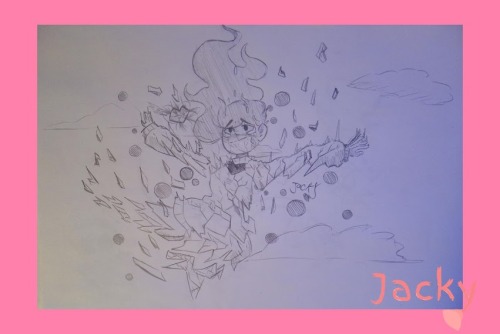