The transition from blue to white is simply so calming for me, even if her expression is the opposite! 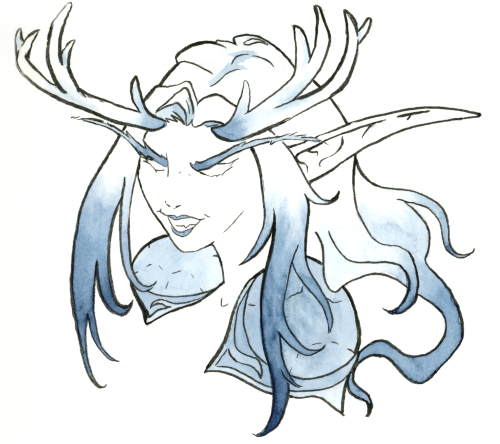 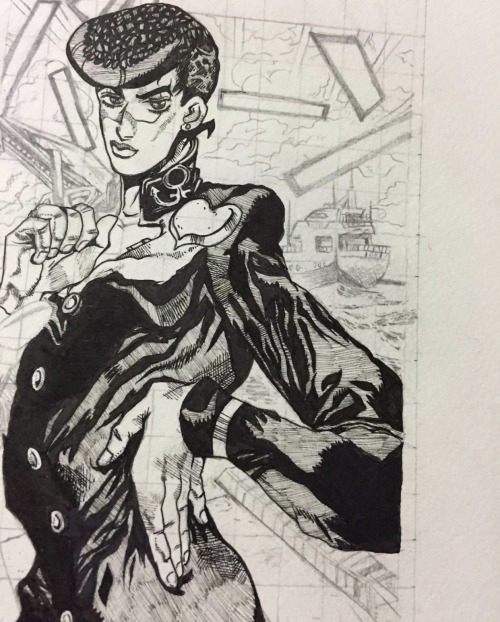 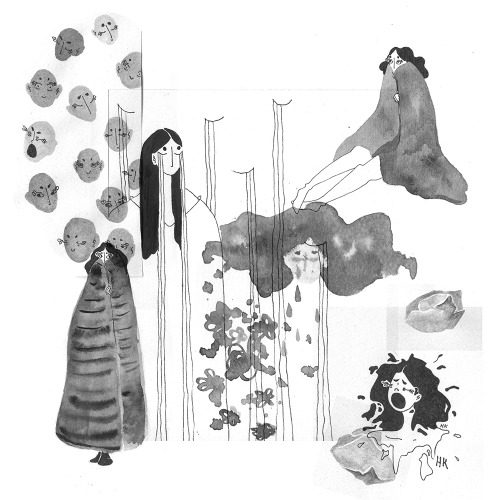 Just a little doodle that I painted a few days ago. 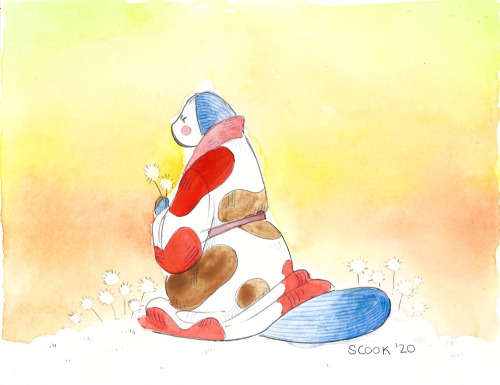 When they feel more masc, the skirt turns into pants!

Ignore the yellow and green part at the bottom of it–we decided we didn’t like that so it’s not actually part of it any more.

Yes, there is a cape. Does it need to be longer? Also yes.

Feel free to ask questions about them and the world that they’re in!

If you steal this image I’ll come through your window at night and steal all of your frozen food. 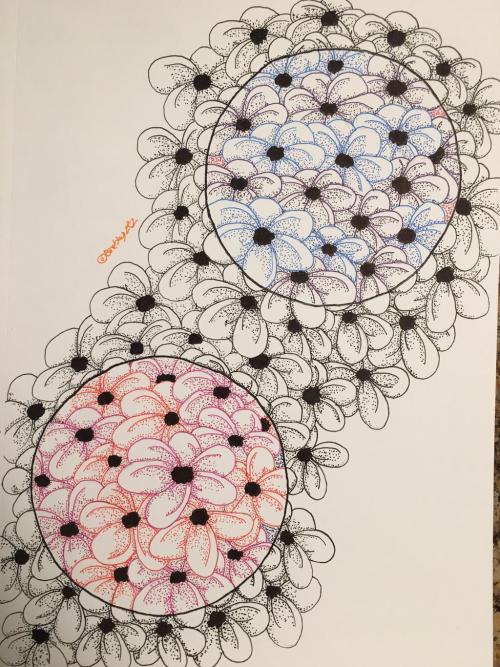 ((dunno why the pics came out so blurry after posting but yeah ;-;))

The Transistor picture I’ve been working on for over a month. I love doing mixed media but it always takes me the longest to complete. Reblogs are greatly appreciated since this took me so long to finish. Colored pencils and liquitex acrylics on 11x14inch paper. 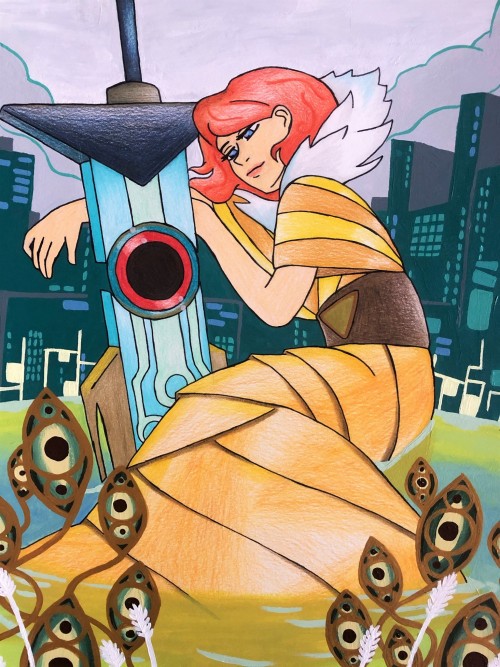 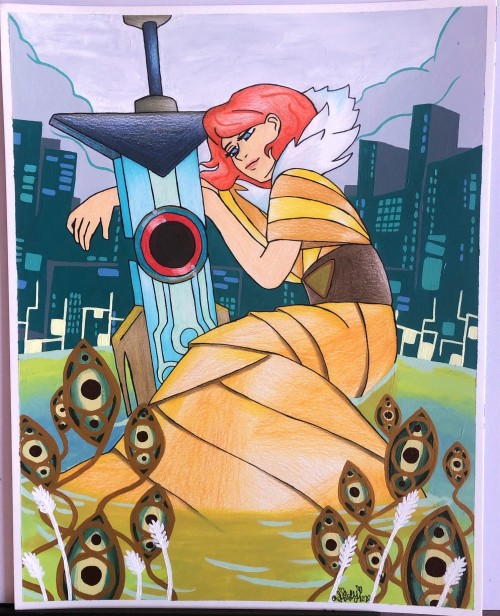 Ever feel exhuasted, yet happy, so you just stare into your mug with heavy eyes and a small smile on your face?

Little drawing made for Akechi B-day ✨ ✨ ✨

(I post it here late XD) I wanted to bring out the contrast and harmony between warm and cold colors, like his 2 Metaverse outfits^^ 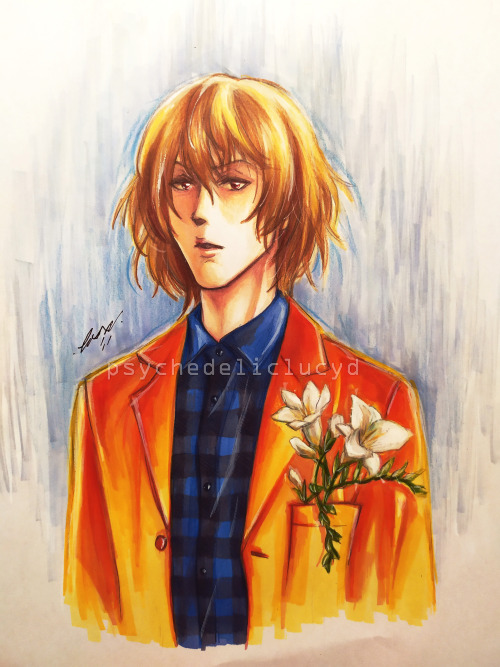 some trivia notes:
-the links all have different hairstyles! green has the way i usually draw FS!link, blue is the manga’s style, red is more fluffy and silly, vio’s has a hairflick and flowy bangs, and shadow’s is more emo.

-i wanted red to have sparkly eyes, but my gel pens don’t have a sparkly blue :( so now red has violet eyes! same for zelda, because purple is mystical.

-vaati gets gray skin because his purple skin really blended with his hair in a bad way.

-shadow’s lanky as shit, but if you follow my art you knew that already. plus he’s more jagged compared to the links.

-i really liked toon zelda’s… wing barrettes? i really wanted to incoporate it into her design.

-nosey erune is based on an oldass post around here where someone on snapchat wondered about erune’s lack of a nose when she introduced herself. they proceeded to draw on silly noses and that post stuck forever in my heart.

the og is by @singingvio​!

A View from the Woods.

Went out to the woods and did a little ink painting earlier this month. 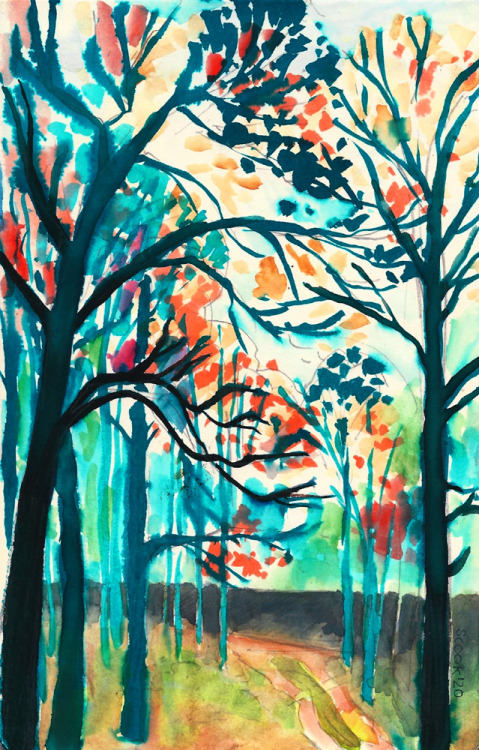 Forgot to add them all collectively saying “Fuck” but oh wellXD 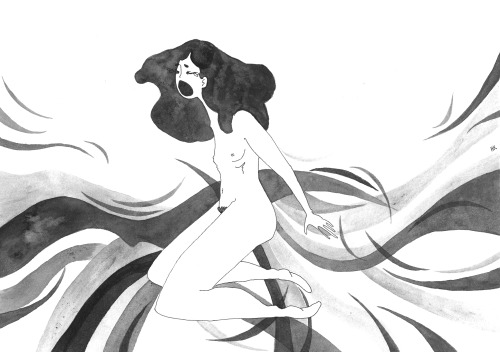