I haven’t drawn anything for about 6 years, but I have officially gone stir crazy being stuck inside all the time so here is my Trainersona! Crazy Baby, who I have head cannoned to be Champion Daddy’s hair stylist.

I’m sorry for what I’ve done to you, and our Champion Daddy.

It’s as comfy as they say it is, if you don’t mind all the sand.

Raihan may never beated Leon, but he’s the winner of my heart <3 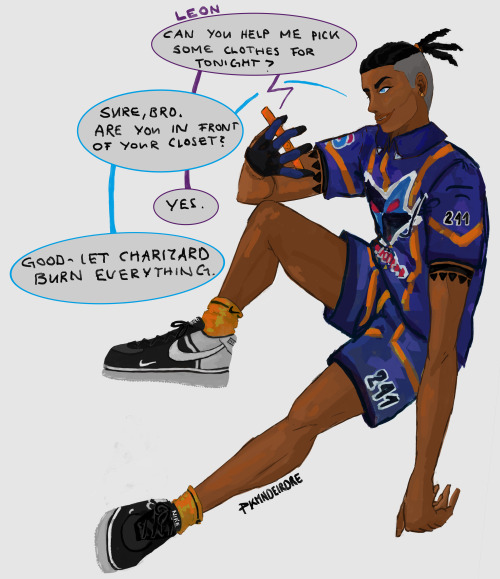 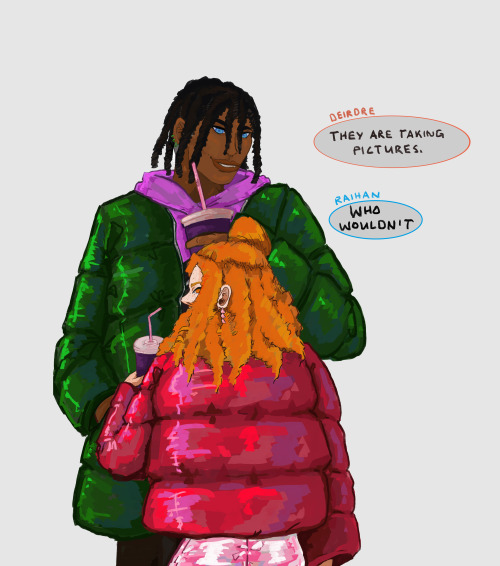 #Raihan, #Pokemon Raihan, #Pokemon Sword Shield, #PKMN Deirdre, #Pokemon OC, #Trainersona, #Leon, #pokemon leon, #im trying to ease up my style and clean up my lines so i can work on a nuzlocke, #it is not woorking my friends
28 notes · See All
dantelionwishesPhoto 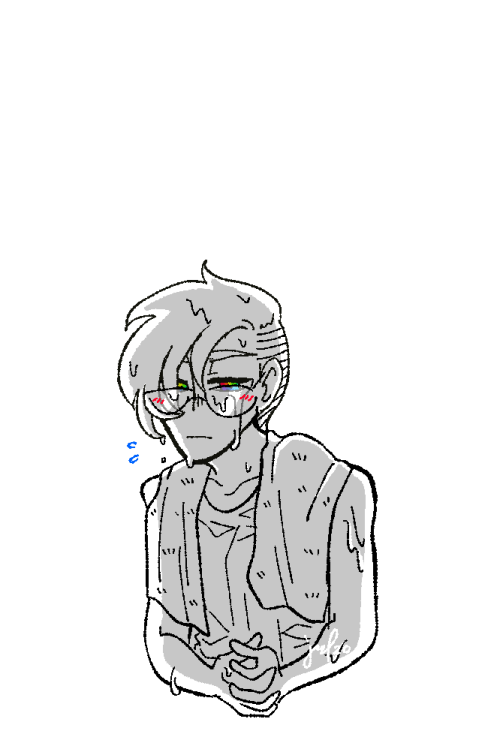 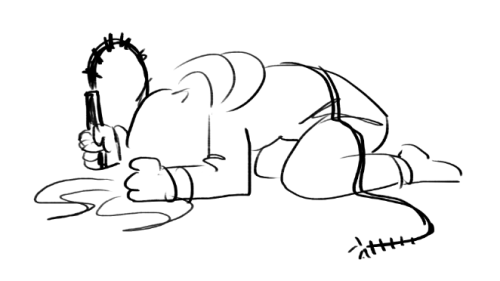 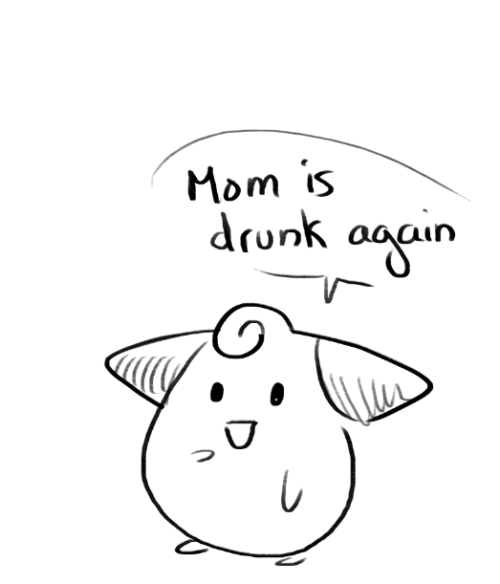 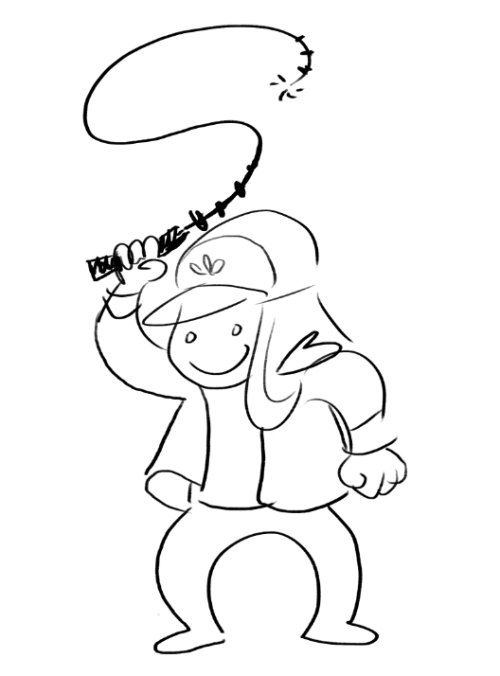 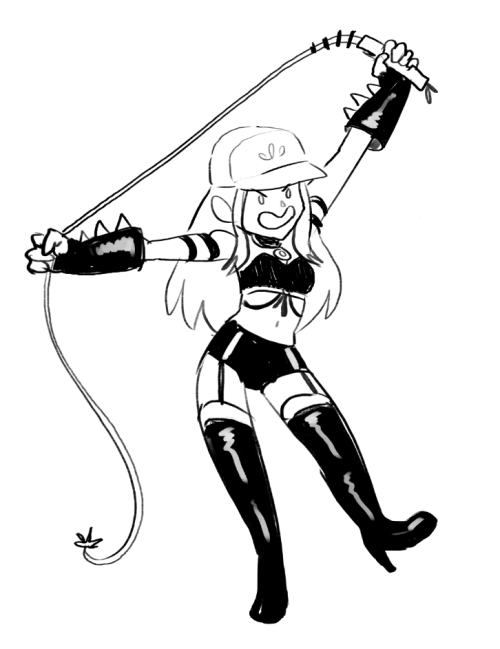 now you may be wondering, “egg! why did you post this gay art to your pokemon tumblr? this isn’t pokemon!” and you’re wrong, it’s pokemon because it’s my girlfriend and i’s trainer selves. 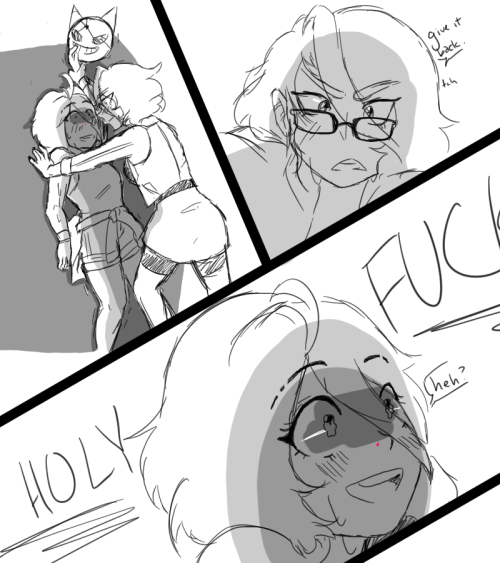 My reaction to Appleton, featuring one of my trainersonas Sefu.

Surprise! Fan art of trainer daddy (pre becoming champion) with one of my 3 trainersonas, Larkin!

#trainer daddy, #trainersona, #pokemon, #pokemon sword, #pokemon shield, #pokemon swsh, #swsh, #mew, #vulpix, #Larkin is the one with blue hair, #I haven't put out an art piece so fast in a really long time oh goodness, #the cinnamon roll on the right belongs to tealleadership, #tealleadership
58 notes · See All
spiritlullabyartPhoto

INCOMING POKEMON TRAINER OC BECAUSE I HAVE NO CHILL

Cheri (pron. ‘cherry’, like the fruit), is an aspiring Gym Leader for Pokemon Sword. The spouse bought a copy and now I’ve started playing Pokemon again - gotta love this quarantine that the world is under, eh? This is also the first finished piece I’ve posted on here since getting my Huion screen tablet and using Clip Studio Paint PRO! I’m still getting used to everything, so bear with me lol

Ghost + Fairy trainer, with ones like Ninetales as an exception to that rule. She may be Allister’s older sister.

Gets hangry often, very smol (don’t remind her). Looks younger than she is, often gets mistaken for 15 or less. 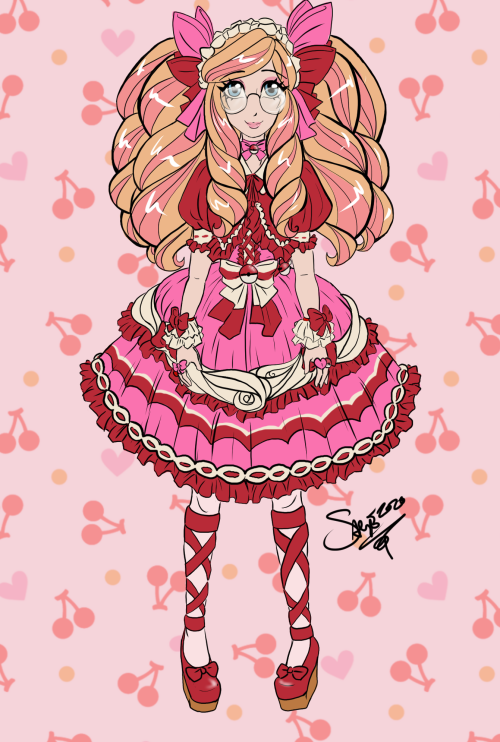 Team lineup for my trainersona

Page 8 is done!! Have some wholesome bros

This is an updated version of my trainersona a

• Has some ear issues but nothing too bad- but has a hole in her eardrum that’s still healing, and still needs to go to an audiologist every 6 months.

• Fairly chill, but can get really fired up when things get exciting- so like a complete personality switch depending on the mood of the situation.

• Daughter of Burgh from Castelia City, with an unknown mother who died due to inhalation of pollution when she was 3 or 4. The necklace is from her mother as well.

• Unova was beginning to get polluted everywhere, and she was about 6 when it started to get bad- so her father decided they would move out in order to avoid her from having to deal with worse and worse pollution in her childhood. The only reason their mother didn’t come with them was that she was already found dead due to the pollution.

• They continued to travel around, not really able to stick in one place- until she finally wanted to settle down in Kalos on her own with Burgh’s permission rather than going back to Unova, saying that she was ready to take off on her own.

• She continues to travel around every once in a while- but mainly to Galar and Unova, and she usually doesn’t do it too often. But when she does do it, she stays for a while before she leaves.

Fruitloop woke up in a grassy area, her fluffy pink hair and hands dirtied with mud. She was only a young child so she wasn’t aware of how dangerous the area she appeared in was. Fruitloop got up and began to wander around the area she was in, noticing that many of the Pokémon there were high leveled.

She had no idea what was going on or that she was In the Northern Wild Area. But then she was confronted by a group of Machokes that lived in the area. They took one look at her and decided to take care of her so she could be able to defend herself. So most of her life was centered around fighting which is how she became so strong physically. She stayed with the Machokes for a while more until another human found her.

The first words she ever heard from another human were “Oh Jesus where are your parents?! Why are you in the wild area, it’s to dangerous for a young child!” This new person wrapped her up in a blanket they had and brought them a train station in hammerlocke and questioned her about where she was born and if she knew who her parents were. They then started talking on the phone to someone that they found “a child. She has no idea where she is or who her parents are.”

While the person wasn’t looking, Fruitloop got onto a random train and was heading off to wedgehurst. The train got to its location after a while and she got off without being noticed because of how tiny she was. Fruitloop started to wander off and found a little house that no one was living in so she walked inside and lived there.

She washed the mud off herself, cut her hair so it wasn’t so long, and put on some clothes she found around the house including a little green hat. Once she was clothed, she walked out of the house and met another child. He had spiky purple hair, yellow eyes, a blue jacket, and a Wooloo with him.

That’s how she met Hop, her best friend.

TRIVIA!!!!!! it was actually his energetic, fiery scorbunny, king kazma, who pushed him and helped him create the “daddy” persona (there are actually times king kazma is the one who drags him along when he cant push himself to) 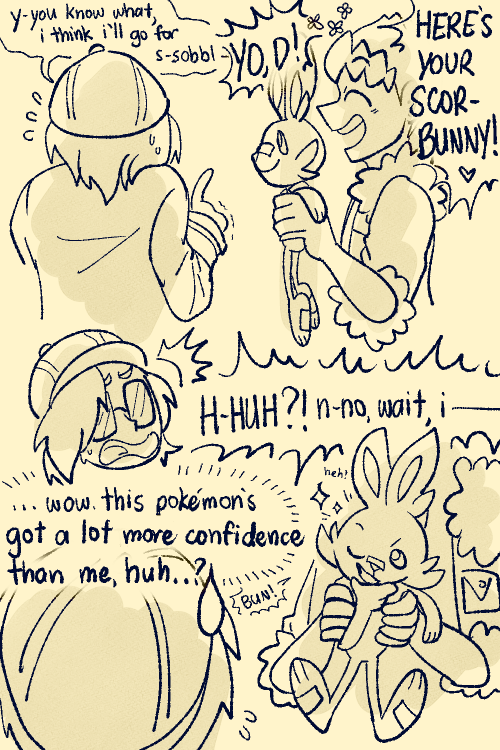 imagine if this kid bumped into you sometime in the past, you just don’t remember bcos he looked so different 😳😳😳 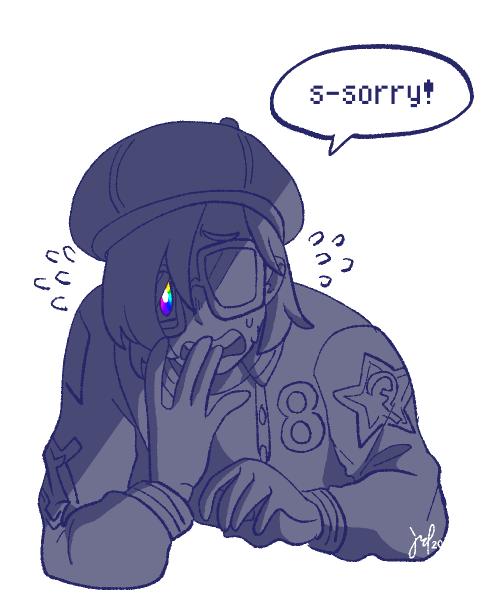 comm I did for @rocwylde!!

SILVALLY HARD TO DRAW IN A DIFF POSE…… 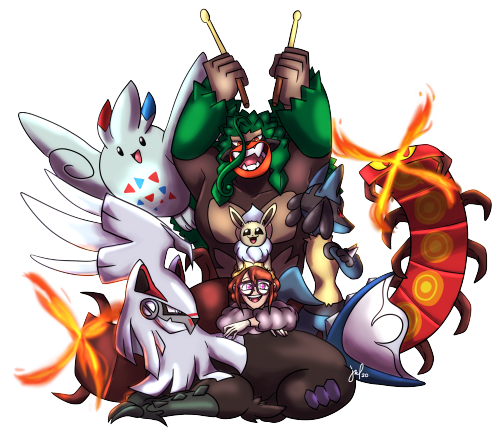