Bbygorl took some wonderful close ups today!! My god I can barely still see the person who started hrt 7 months ago now! My face is much more round and full, and obviously my hair!! But my boobs are growing in so much better then I ever expected, and my skin and hair, everything else too! At 7 months, it’s not perfect yet, but I am so happy with my body transformation so far!

I just want everyone to know, that for the next 2 weeks I KNOW I’m going to be a fucking mess and will need attention. Thank you for listening to this PSA.

On June 1st, it will be half a decade that I started taking hormones.

I don’t have anyone who I had at that very moment in my life anymore except my parents of course.

This will be weird, odd for me at least.

It’s a huge moment, but honestly I don’t think it’s quite a big deal to anyone else besides me because no one was there except someone who who isn’t by any means in my life anymore.

I hate to bring this up so much, but every year since the beginning of my first day on T my ex’s family always did something for me and my ex would get the friends I was close with then and every year after that and it be a whole celebration. This year, that won’t happen. No one knows or really remembers that day cause it wasn’t big for them and that’s fine, it’s just something that has been on my mind and idk.

The day I started T means more to me than my birthday because it was the day I “officially” felt some type of relief. There’s a whole thing and story behind it that I honestly only tell when someone asks about my transition because it’s a lot and long or if someone seems interested in how everything went down/is currently going.

I would also never just bring this up to anyone because..well what would the point be ya know?

Yes. Sometimes I do have that mentality. Where I wish I was a cis man. Certain things would be easier. Things like dating, sex, sexual intimacy, using the bathroom.

There’s a statistic that has always stuck with me since I read it back when I first broke up with my most recent ex. Only about 13% of the world’s population would be completely fine with dating someone who’s trans.

Do I think that’s completely accurate? No.

Does it suck to read? Yes.

Have I believed that every day since I became single? No.

Have I believed it from time to time? Yes.

Do I believe it right now? Yes.

Will I always believe it? I mean, who knows?

I’m not gonna lie and say being with someone whose trans, let alone has my personality and baggage, is easy. It’s not for the weak. I know that.

But there are times where I feel like I’m some type of monster.

Not because of my actions, but because of how strongly I feel. I feel with such extremities that it literally freaks everyone out. Expect for those who have been around me long enough. It’s who I am and i don’t like it. I sometimes wish I could feel less, but in all honesty do I REALLY want that?

So then, what do I want?

I can never explain myself in a way where someone else can understand.

I want to live in the moment.

I don’t want to worry about tomorrow, next year, or forever.

I want to live in the now and not worry about how it’ll affect my future.

And by right now, I don’t mean right now this second, what I mean is…

Eye contact that lasts a little longer than normal.

I want to be silly.

Nights where I could fall asleep after someone else has already fallen asleep on my chest or in my arms.

I don’t care for tomorrow.

I care about this moment right now.

Where I’m writing this and just listening to music while sitting and having some candles lit and letting my thoughts run free.

I go about my day feeling almost empty.

Which has been causing me to be completely distant from my feelings and has led me to just shut them off.

A lot has been running in my head and going on in my life.

Well “a lot” should I say. It’s really not much at all. It’s almost nothing, but it’s something nonetheless.

They suck for now.

I guess we’ll just have to see where life takes me.

No change in sound; just throat tightness and how I’m experiencing it. 😁

Sylvia Rivera Changed Queer and Trans Activism Forever.The legendary activist pushed back against the white, middle-class LGBTQ+ establishment to fight for rights for all.“ 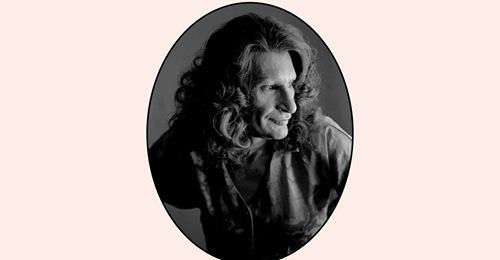 In a few days, it’ll be my first month on T and I’ll post a video update on my voice(no, it doesn’t sound different lol.)

I think I’m going to start writing out changes in different sections per month, rather than weekly updates(see below)

Overall, I’ve been feeling alittle more evened out. I don’t feel as upset as I used to.

It’s easier to eat more, but I’m not necessarily more hungry than usual.

(Might be a TMI for some folks 😂) I do not have any more sexual tendencies than normal, but it’s more intense occasionally.

It’s definitely more prominent- I’ve never really had acne anywhere else besides my face, but I’ve been getting spots on my neck/shoulders/back. Small areas, small amounts. Nothing crazy.

Definitely not far enough to have dramatic changes(like with most of these.) However; my arm muscles are more easily defined after a couple weeks of pathetic “work outs” 😂

Sweating more easily. I don’t notice any change in the way that I smell(sometimes common for people, sometimes not. 🤷‍♂️)

Fluctuates- sometimes I’m warmer than others but I’m never as cold as I used to get.

The vocal chord tightness is consistent. It feels easier to hit lower notes while singing; as if my voice is coming from my chest. Although there is no actual change in my voice itself.

dysphoria: a short lesson on it.

Dysphoria is internal conflict with having the body of the opposite biological sex. for example i am a guy, but i was born female. Dysphoria is the mental state you need to be in to be transgender! Gender is not a feeling, gender is the way you are mentally and psychologically. The reason transmeds (including myself) fight the fight that dysphoria is needed to be trans is because started horomones (HRT) changes your body in a more feminine or masculine way depending on if your a trans male or trans female. When it changes your body if you have dysphoria your brain will associate more with the way your body’s changing (trans guys develop a deeper voice, muscle becomes more prominent, fat redistribution and others). if you don’t actually have dysphoria when that happens your going to disassociate with your body and gain dysphoria. which is the exact opposite of what the goal of horomone treatment is. the only way to ‘cure’ or ‘alleviate’ dysphoria is by transitioning to the gender your brain associates with.

I am a trans male named Andrew, I’m 13 diagnosed with dysphoria, Pre-OP and pre-HRT. I’m trying to be more of a activist for the trans community. At some point I might make a youtube account to show and explain my opinions better

For one, my teacher didn’t use the words “non-binary”, “gender queer”, or “gender fluid” once.

And I learned that half of my class is severely uneducated about gender identity (Though I’m not surprised honestly. Most of the kids in my class a very narrow minded. They use the word “gay” as a joke. Send help).

And also that most of my class is transphobic/homophobic despite it being 2020.

Oh, and we didn’t talk about respecting people’s pronouns at all.

Things not to say to trans women.

This is the flag I did for my acnl town ♡

Change when you have to because second chance will come but the time will be wasted.

I made a comic for my friend, i love him

Is based in this scene

Can we talk about why the fuck small things are so cute. Because it’s all I think about when I hold the testosterone bottles.

Anyways- Officially 2 weeks(going on 3) & I finished the first bottle.

The biggest changes are: SUPER oily skin, hot flashes and an increase in appetite.