My very first anime waifu love Yoruichi Shihoin 💜🐈‍⬛💪🏽 this is more a less a closet cosplay of her battle outfit and her cat to human transformation🥰 it was a little more difficult to do with braids but i freaking love it! Upgrades from my very first time cosplaying her in 2014❤
Keep an eye out for the NSFW content with her on my naughty page 🌌Link in Bio🌌 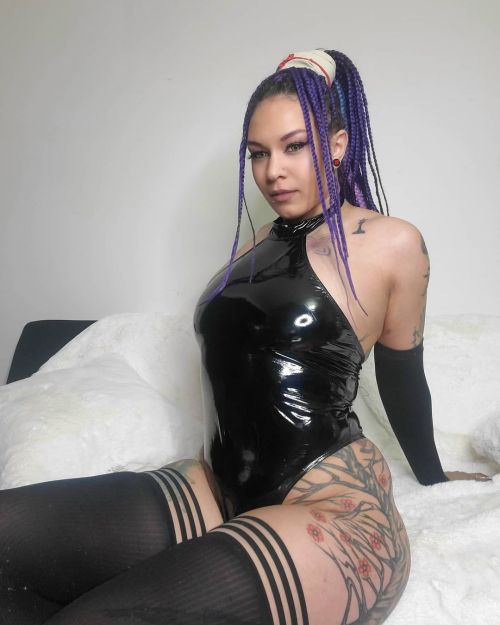 Every word Jesus spoke was anointed with the power of the Holy Spirit. He said of His Word, “The Spirit gives life; the flesh counts for nothing. The Words I have spoken to you–they are full of the Spirit and life.” (John 6:63)The Word of God is sharp and powerful in the spiritual realm. God’s Word is anointed to change lives. As you form the habit of consistently declaring the promises of God as…

Sorry, I’m answering this so late! I started answering it, but I ended up getting sick which kept me from working on it.

Most of them are spur of the moment and happen by chance like Trancix and Vertix, but ones like Hypnosix and Psychix are purposely created by high level magi.

Most types of magic have a transformation that’s earned through trial. Psychix for light magis, Hypnosix for Dream magis, etc. They’re used to show strength and some are seen as final forms. They’re also useful for those who are over confident. All of them have consequences for failing the trial, the main one is losing magic to the point you’re back at a Magic Winx or Charmix level.

Trancix was discovered a long time ago and was first earned on Earth by who would become the first Major Fairy of Dreams. Vertix was discovered by chance and was thought to be one of transformations that branch off of Charmix, like Aeglix and Enchantix. Either my older brother or one of my friends did actually describe it as “Charmix on Steroids” because of how similar they are in terms of being gained, though the two don’t have any correlation like Enchantix and Aeglix have to Charmix, with no sacrifice being necessary and often times, people have earned one instead of the other. 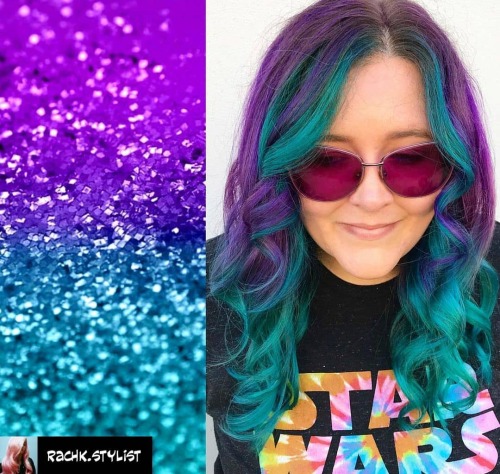 When Goals are Forgotten: 4 Steps to Get Back on Track

Most people start pursuing their goals – especially New Year’s resolutions – with great passion. But over time, they lose momentum, burn out and put their dreams aside.

If this happens to you, it’s a clear-cut sign that your goals are not sustainable. In this article, you’ll discover how to get back on track toward your goals – and accelerate your momentum.

If you’ve lost momentum toward your goals, the first thing to do is verify your commitment. A lot of our goals tend to be “should’s” rather than deep “want to’s.” But I’ve discovered that without a burning desire to achieve a goal, your motivation wanes quickly, and your subconscious mind turns its attention to more exciting desires.

For example, many people set New Year’s resolutions to lose weight – a goal that often falls into the “should” category. We feel like should lose weight because it will make us healthier, reduce stress on our joints, and make us feel more confident and attractive. Unfortunately, these benefits are typically not compelling enough to motivate us to keep our commitment to lose the extra pounds.

However, if you find out that a new baby will soon join your family, your “why” suddenly becomes bigger. Now you’re motivated to lose weight because doing so will increase the odds that you’ll be around to watch that baby grow into adulthood.

Pull out your list of goals, and for each one, ask, “What is my why? Why do I want to achieve this? And am I committed enough to my why to do whatever it takes to achieve this goal?” By identifying or even upgrading your “why,” you can tap into greater motivation and commitment to achieve your goal.

One by one, break each of your goals down. Get clear on what would really be required to achieve each goal. Realistically assess how many hours it would take each week or day to achieve the goal.

Next, start scheduling all of the activities that are required to achieve your various goals. (Note: If you don’t know all of the steps to achieve them, just list the ones that you are aware of for the purposes of this exercise; the rest of the steps will unfold once you begin taking action.)

Once you start scheduling key activities into your calendars, many of us begin to realize that there’s not enough time in our schedules to accomplish everything we want to do. If this is the case for you, go back and prioritize your goals. Which goals matter the most to you? Do any of your goals need to achieved before you can start working on another goal?

When you’re clear about which goals you’ll work on, you can increase your commitment by publicly declaring your intentions. Share your goals with the people in your life – the more, the better. You’ll be more likely to take action toward achieving your goals when the alternative is losing face with people about whom you care.

If the threat of public humiliation isn’t enough, you also can incorporate a negative consequence. Find something that will be painful for you to do, and publicly commit to enduring the consequence if you don’t achieve your goal.

Some people are more motivated by rewards than punishments. If this describes you, find a reward that you’ll receive upon completion of your goal. This could be anything from a vacation to buying the car you want or something more simple, such as treating yourself to a new outfit, Louis Vuitton bag or a massage. Rewards are powerful for motivating your inner child.

Most of us find it easy to let ourselves off the hook. We can quickly justify why we haven’t followed through on our commitment to take action on any particular day, just as we can easily make excuses about why we miss our targets completely.

Accountability partnerships work as follows: Each morning, you hold a 5-minute phone call during which you each share what you’re committing to do that day. For example, you could share your “Rule of 5,” in which you commit to doing 5 things to move you toward your biggest goal. (Tip: Use my Top 5 Priority Action Post-It notes to keep your commitment front and center.)

The next morning, you report on your progress from the previous day and share what you’ll accomplish in the coming 24-hour period. Knowing that your partner will be asking you whether you upheld your commitments the day before can be a powerful motivator for getting tasks completed.

A proven twist on accountability partnerships is working toward your goal with another person. For example, I meditate with my wife every morning. We hold each other accountable. If I sleep in too late, I can count on Inga to wake me up and say, “Come on, we’re meditating now.”

If you find that having a friend or colleague serve as your accountability partner is not enough, consider hiring a professional, such as a coach or trainer. These individuals may be better equipped to recognize self-sabotaging behaviors and beliefs – as well as to hold you accountable for taking action. And if you’re someone who hates to waste money, knowing that you’re paying someone to hold you accountable might be the added motivation you need to keep your commitments.

Get Back on Track – Starting TODAY!

It’s normal to veer off course when pursuing goals. Sometimes this happens because we’re not truly committed to our goals. Other times, it’s because we struggle to hold ourselves accountable for doing the necessary work. Use the tips in this article to get yourself back on track in making steady progress in turning your dreams into a reality

Is It Changing Me?

Am I really being changed or am I settling for cheap alternatives?

We get to a point in our lives when we need to decide whether we are going to stay as we are and as we have been, or if we will change and be changed by the experiences and the people around us. While some people may look at this as a bad thing, thinking that they are somehow giving up their freedom and individuality by allowing so much influence in their lives, I actually think that we are doing…

#change#disciple#discipleship#follower#information#Jesus#learning#practice#transformation
0 notes
julesofnature
Quote
<div> —  Dodinsky<br> </div><span>The butterfly said to the sun, ‘They can’t stop talking about my transformation. I can only do it once in my lifetime. If only they knew they can do it at any time and in countless ways.’</span>
#Dodinsky#butterfly#transformation
16 notes
grafikaalex
Photo 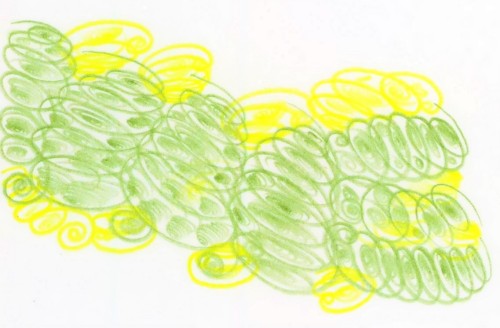 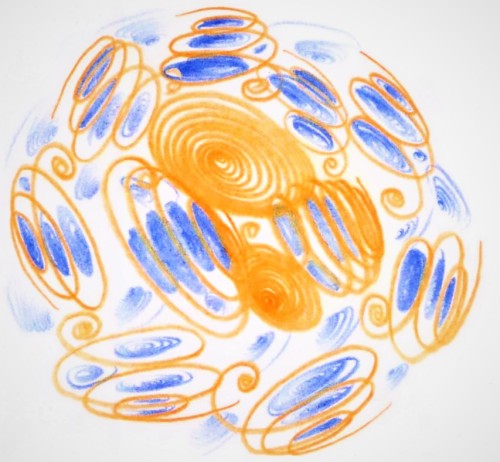 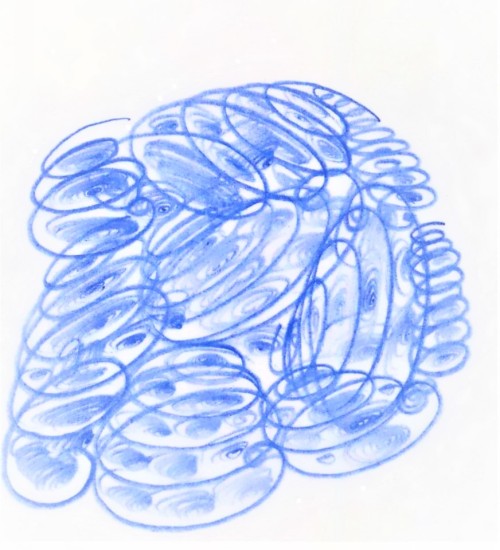 So you can merge ‘yourselves’ into a slim but youthful, yet muscular and hairy man you both have always wished to be. With his height, strength and ruggedness, coupled with your virility and boy-ish looks, you would become the perfect man. Best of all though was the fact that his deep and strong musk, now with a slight hint of your sweet and tangent smell, was accessible for you to take a whiff of whenever you desired!