This cake is a DISASTER since I only had three gel colors to work with, but I wanted to decorate my bday cake inspired by Starscream’s color scheme and his special nickname for me “My Little Starflower”!! You can kinda see my nickname for him “Starlight” in the bottom left corner in the last pic :D 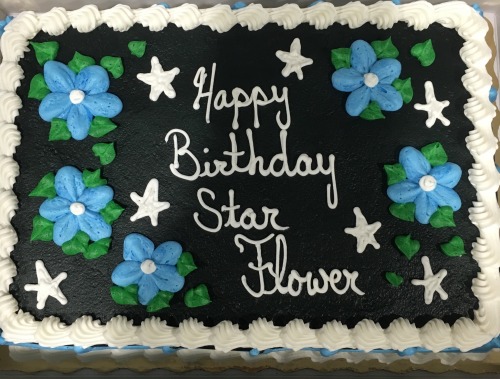 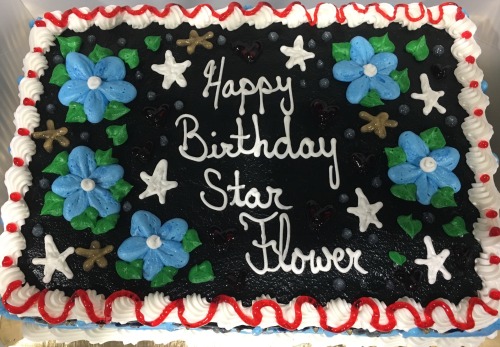 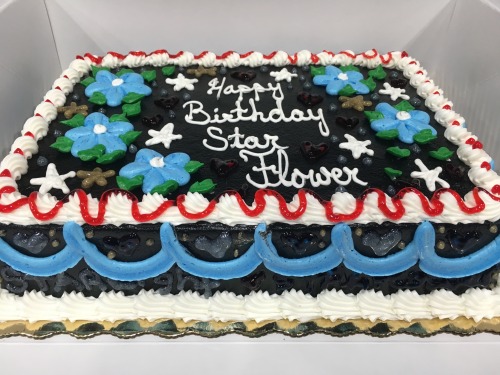 #*attaches my fave gif of starscream* look at my conjunx smiling i would die for him. anyway., #self shipping, #self insert, #starscream, #tfp, #love notes, #💕 Two falling stars ✨, #woof, #food, #food cw, #i think i used up the first five tags so i can add the main ones now, #transformers prime, #transformers prime starscream, #tfp starscream, #just for the sake of keeping stuff organized on my blog. but not spamming the actual tags, #it was originally just gonna be a light blue cake with yellow flowers, #for spongebob. but then i was like... ahhh im so hyperfocused on robots now tho..., #im always gonna love the sb musical but i dont know how long ill LOCK onto tfp u kno??, #sbtm is my default so i know i dont have to worry about like. Not Loving it anymore, #not saying i'd never love TFP again if i fell out of this but like. it wouldnt be as prominent i think, #or maybe it will! who knows. i dont knows., #anyway everyone at the party is gonna be like WHO IS STAR FLOWER ?, #and im gonna be like... that's... a transformers reference haha! u all kno i love transformers!, #i think only my dad knows i like transformers now FHDGFFHHDF everyone else is like 'huh', #i wanted to dot my i's with hearts and add an exclamation but i dont have white icing ;-;, #and starflower is one word but alas. nothing can be perfect
32 notes · See All
frecklydorkPhoto

be gentle with yourself 🌟🌸 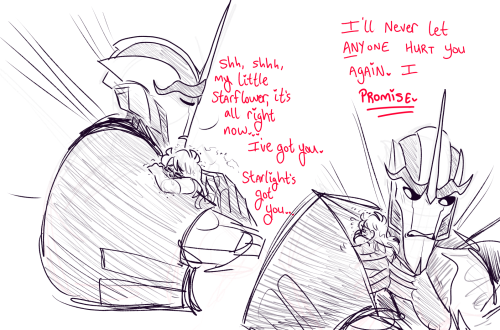 #vent art, #self insert, #self shipping, #starscream, #transformers prime, #tfp, #i should be asleep. i will try to sleep, #i have to wake up in 3 hours hahaaaaa......, #i just needed starlight to hold me for a moment, #needed to hear his voice for a second, #just need this month to end..., #okay to reblog btw!, #my stuff is always okay to reblog unless if i state otherwise, #💕 Two falling stars ✨, #lil doodles, #my art, #transformers prime starscream, #tfp starscream
68 notes · See All
got-bad-boisPhoto

Do I have an unhealthy obsession with TFP Screamer? No comment…

While it’s not really that good, I love it XD Starscream is one of the best characters in almost any version of Transformers and you can’t change my mind. 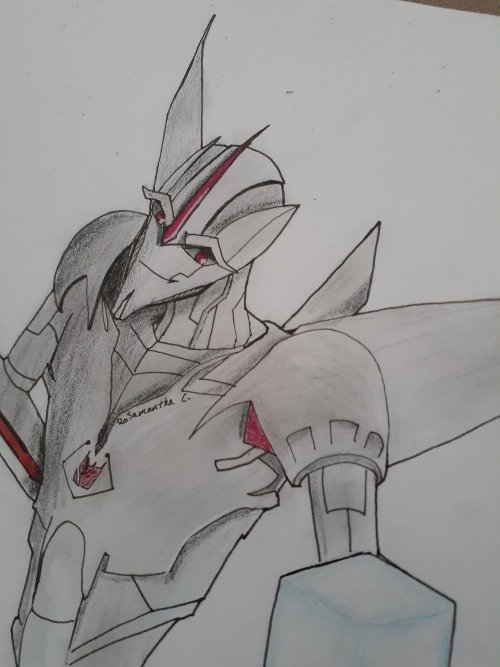 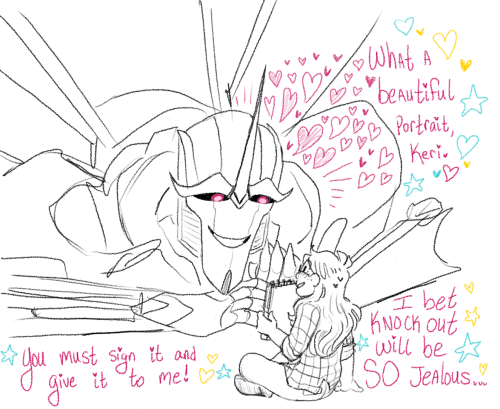 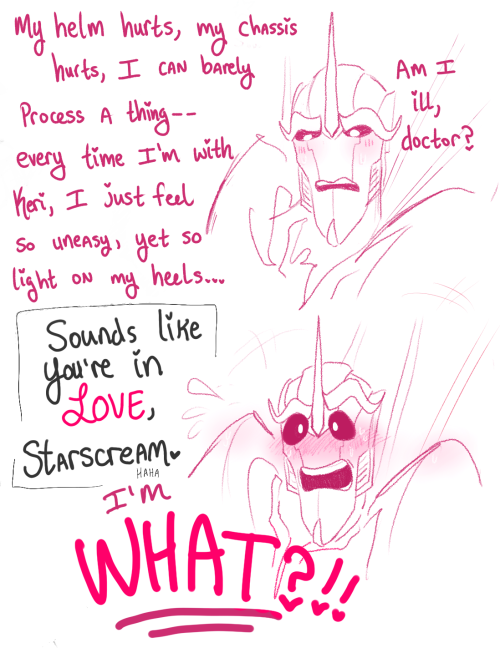 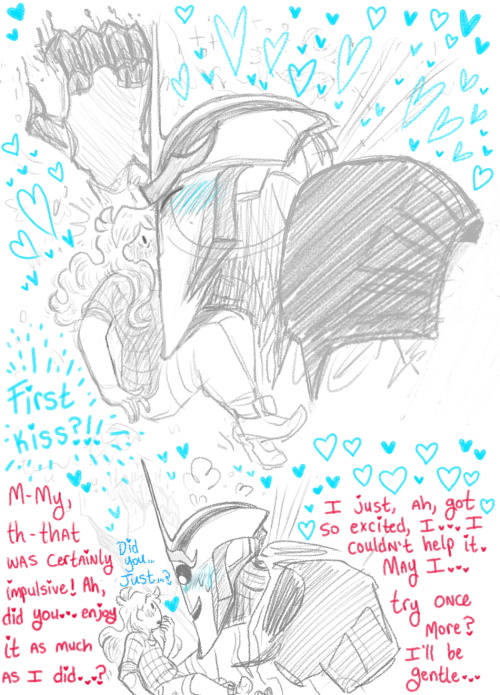 #self insert, #self shipping, #transformers prime, #starscream, #transformers prime starscream, #tfp, #tfp starscream, #💕 Two falling stars ✨, #my art, #i'd put these in my doodles tag but u kno what i worked a little too hard on that last one, #even tho they... are all doodles... ah. anyway...!!, #im so in love with starscream im so in love with starscream im SO in LOVE with STARSCREAM, #he is my starlight and i'm his little starflower and we're ten months strong baby!!!!!, #i'm starting to get the hang of his helm i think! maybe! kinda!, #i will never understand how his chassis works i dont think i'll ever fully try it lmao, #not until i work on that FULLY colored stargazing painting!!!! THAT'S gonna look so good, #also i fucking love the concept of these decepticons clawing the ground/walls/floors/table when they kiss me, #i always imagine megatron's claws scratching a table and leaving marks when he's kissing me, #bc he has the urge to be really rough but he can't because i'm just a little human!!, #he doesn't wanna crush me after all!! and starlight over here is just excited!!, #his claws digging into the earth and ripping the starflower patches apart unintentionally, #i think it would also be so cute if his wings flapped when he kissed me too???, #like he's so excited it's the equivalent of a dog wagging its tail!!!, #his wings fluttered when he was excited in season 3 he'd REALLY flutter around his conjunx, #i'm gonna redraw our first kiss. completely alternative. where he asks first, #and ANOTHER first kiss drawing where it's ME being the impulsive little fool, #and another ANOTHER first kiss COMIC where he's CONFESSING first with the red energon necklace!!, #the ideas swarming in my galaxy brain.................................
110 notes · See All
frecklydorkPhoto 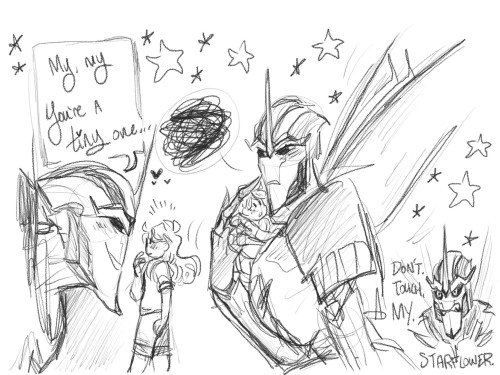 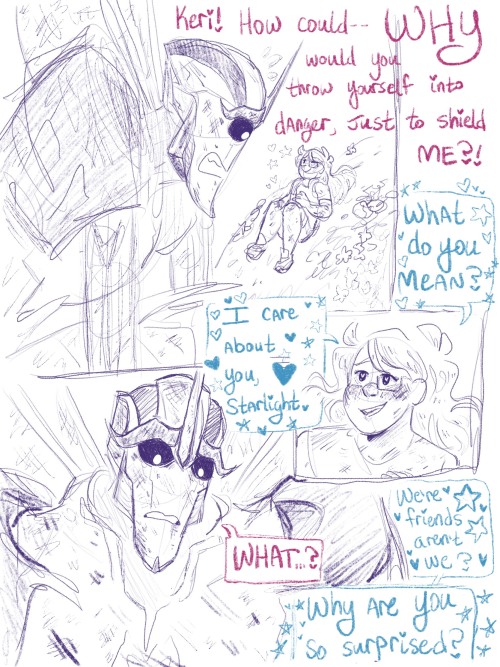 #starscream, #transformers prime, #self shipping, #self insert, #i didnt use a reference for this specific set bc i was too lazy lmao, #i wish i did thouuuuugh im looking at these and im in Pain, #tfp, #tfp starscream, #transformers prime starscream, #💕 Two falling stars ✨, #my art, #lil doodles, #WIP, #i might finish that injury comic but i also might... not..., #but i love the concept of me shielding him and he's like WHY would you do that, #you're SO LITTLE how the FUCK do you think you can prevent me from getting injured, #and im like i care about you??? lmao??, #and he's just like what the FUCK does that mean. what is this. AN EMOTION? DISGUSTING
214 notes · See All
drunkens-cosplay-and-artText

I just had a little image play through my head and I think it’s very cute/funny. Starscream must be so frustrated at always being discarded like a piece of trash and I was just thinking how cool it would be if there was a scene where a human character who has grown attached to him and follows him everywhere knows about this and Starscream has been going on about how no-one ever picks him over literally anyone/anything else and the human has a pokemon ball toy and decides to pick it up and throw it at Starscream, saying “Starscream, I choose yoooouuuuu” and the comparatively tiny ball bounces off him with the most pathetic little *TONK* and Starscream is very confused for a second before he gets the reference (Starscream definitely picks up on pop culture things in human culture because he does surf the internet looking for useful things; he would know about Pokemon as much as I’m sure he’d wish he didn’t lol) and then the impact of the emotional weight behind the joke hits him and he is genuinely floored and it just seems so funny and adorable and wholesome in my head. XD

i am a robot
thoughtless and empty
everything’s grey, now
numb to the pain, now 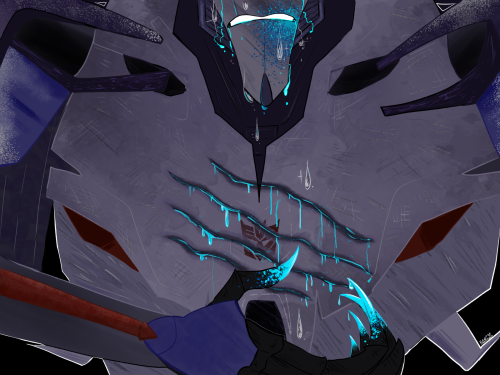 I have tried to ‘animate’…this came out of it…

“Dreams are just what you are doing in an alternate dimension.”

Me in an alternate dimension:

TFP::Starscream is More Than Useless 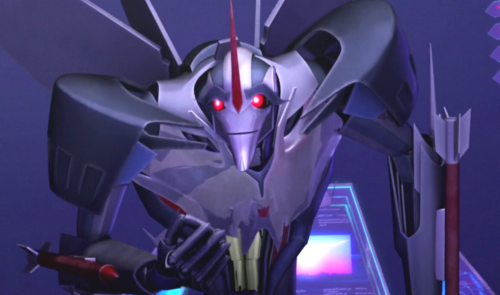 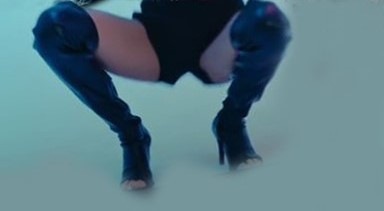 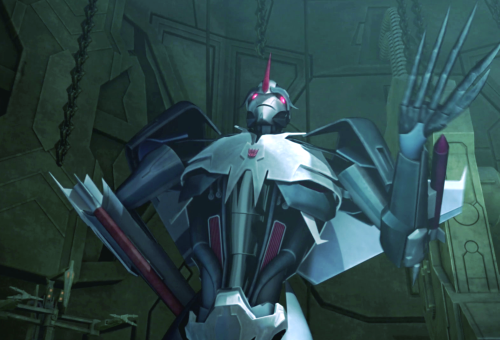 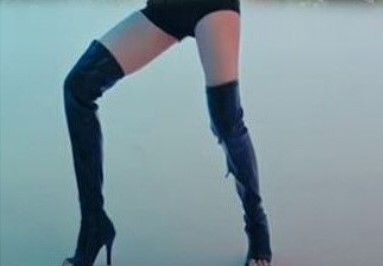 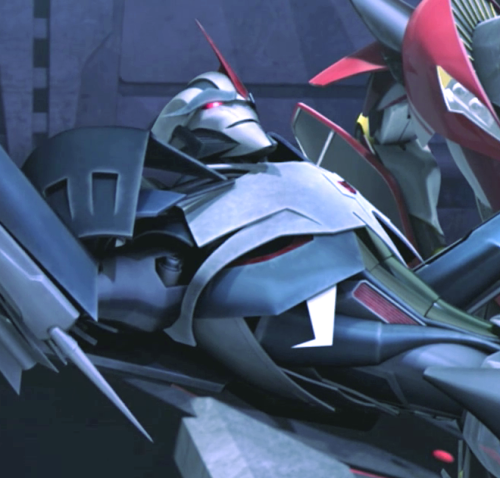 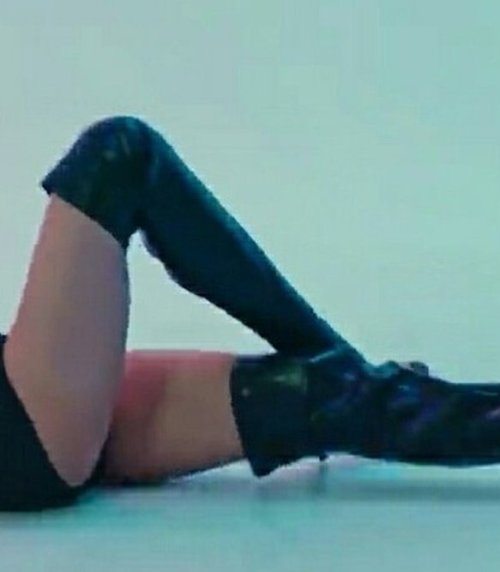 Its so accurate XD

@geminihoneybee if you want to show him some love ^^

He had counted the minutes that would tick by, then the hours. His digits tapping onto the hard surface of the table in the laboratory. He was doing some research that had been going on few months ago- never really stopping, and hardly ever getting a good recharge.

Others would try to get him away from the lab, even went to extreme lengths as to lock the SIC out of his own lab. But, to no avail it failed. Starscream wasn’t going to stop, not now. Not when he is so close as to finding out exactly where Skyfire is.

The tiny spark that other’s would claimed the Seeker had, it had pulsed within its casing. The tiny glimpse of hope, made Starscream think that there could be a possibility his old friend before the war, was still alive.

A video I had made few months ago- none of the pictures that are shown is mine. All media goes out to their respectful owners! I only edit the video!

I love this bird so much! Maybe I should get a birdy of my own and name it Starscream- 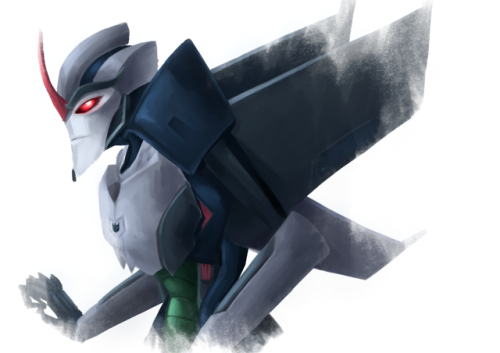 So…. I was in a voice chat in amino, and I was a bit bored and didn’t know what to draw. One person suggested Starscream and another suggested drawing him with flowers and they sent this ych thing where I thought the flowers looked like cabbages. I thought drawing him with cabbages was much more funny and original. So… I drew Starscream with a bunch of cabbages. You’re welcome. 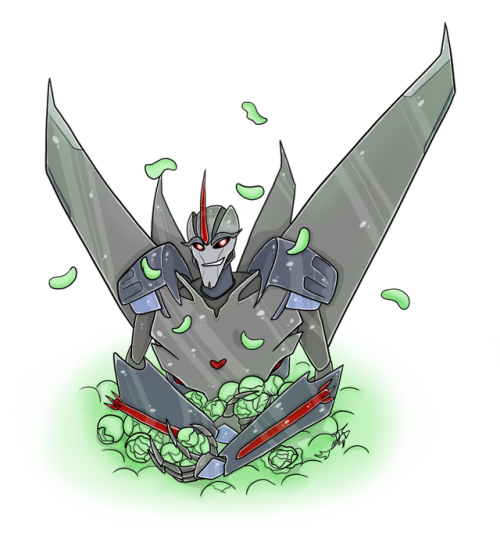 still trying to find a colouring style for transformers,, ill try out a harsh one next probably

dont know which one i like better,, so heres both 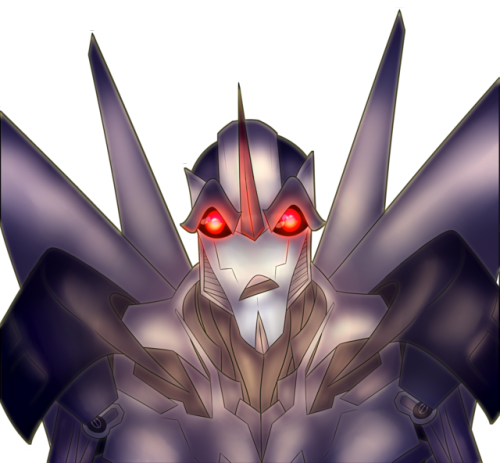 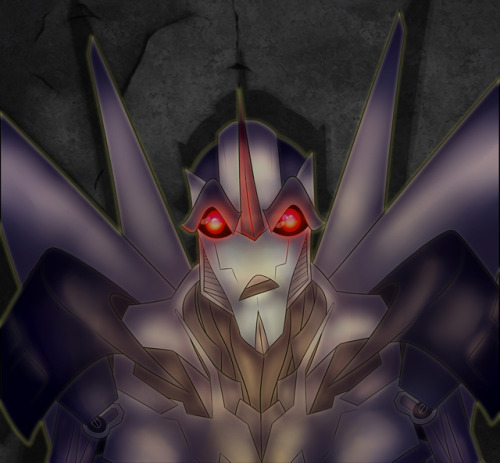 Shes disappointed in me. 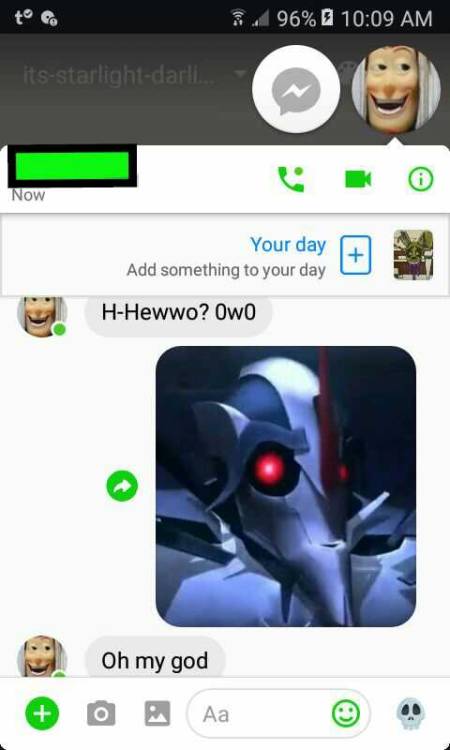