nct ot100 are coming… i hope they don’t make my boys work in 10 units at the same time, i hope they learn how to manage the units and treat all the members right till there.

Yes absolutely, I would be honored! Just link it as a translation on AO3 :-).

note: this video is the audio of the song sent to me by the requester, and i do have permission to post it. as it was not a public video (hosted on youtube or another public streaming service), please do not repost the video without the permission of the person who requested this translation.

For more information regarding the use of my translations, click here.

I will update this post with a link to Part 2 when the translation is finished.

The Demon Slayers Have Arrived!

While butting heads with each other, the strength of unity between Towa, Setsuna, and Moroha slowly increases. Watching over and supporting those three girls are the uncle and nephew demon slayer combo.

Towa, Setsuna, and Moroha return to the feudal era from the modern Reiwa era. Lately, they have been slaying more demons together. In episode 5, they defeated one of the “Four Perils”, Tōkotsu; in episode 6, they subdued the demon cats nesting in the old temple. Each has a different goal: Towa’s is to break the spell of the “Dream Butterfly” cast upon Setsuna, Setsuna’s is to fulfill her duties as a demon slayer, and Moroha’s is to defeat demon bounties in order to pay off her debt. However, from spending time together, their teamwork seems to be slowly improving.

Supporting the girls’ efforts are demon slayers Kohaku and Hisui. The two of them show concern for Towa and the others by doing things like taking care of Towa who came from the modern era or providing hints to Setsuna on demon subjugation. Especially Kohaku who has relations with their parents in that he joined forces with them to defeat Naraku. Given that, that could be more reason why he pays attention to the girls. Starting from the reason why the Tree of Ages requested the three girls to “Defeat Kirinmaru and Sesshōmaru” to the existence of Rin sleeping within the Tree of Ages, the circumstances surrounding the three girls is full of mystery. Surely Kohaku and Hisui’s existence will become of help to the girls as they overcome trials. 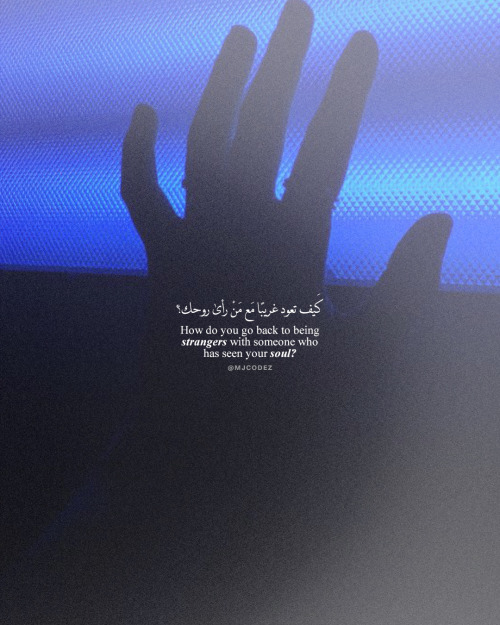 The real irony of people saying that a “rogue translator” made the confession scene between Dean and Cas in Supernatural more gay is, of course, that in my experience (albeit with German and not Spanish dubs) a lot of queer subtext or even ambiguities often gets “no-homo”ed in dubs and translations.

Examples I can think of at the top my head are:

Like, there is a post on here the notes of which just consist of Germans joking about how the German dub is going to “no-homo” Cas’ “I love you”, (which you can easily find if you scroll down this blog a bit, but which is, of course, all in German), so this is a trend we’ve come to expect from our dubbing industry. Of course this might just be a problem the German dubbing industry has, but it would make sense to me that it might also be an issue in other countries that are more “conservative” when it comes to LGBTQIA+ issues. So to me, a queer professional translator, the thought of some “rogue translator” actively saying “fuck professional ethics and codes of conduct I’m making this EVEN MORE GAY” is really, really surreal, considering all the queer subtext and non-explicit queer representation that has been lost in dubs in my native language, presumably because cis/straight translators “didn’t want to make it gay”.

#translation, #supernatural, #spn, #destiel, #theysilencedyou, #queer, #lgbtqia+, #homophobia cw, #hmm this would also make for a really interesting dissertation topic now that i think of it, #for if i ever do a phd 😅, #translators, #translator, #langblr, #xl8, #dubbing, #random thoughts i have because i can’t stop obsessing about this lol
59 notes · See All
ai-da-iceVideo

Well once I say compliment… Our debut is just around the corner, and even if it’s hard, our members are doing their best every day for ENGENEs..!!!
They’re doing so, so well, so let’s cheer up a little bit more!!
D-3 before debut, soon it’ll be D-2!!! Please look forward to it and wait a little longer!!! ㅎㅎ

For more information regarding the use of my translations, click here.

The Gold and Silver Rainbow Pearls

Short Summary
Demons born from a single egg with two heads, the stronger one will devour the other head; that is the Calamity Clan (Kaichizoku). Towa and Setsuna have the rainbow pearls in their eyes stolen by the demon brothers, Kinka and Ginka.

Full Summary
Demons born from a single egg with two heads, the stronger one will devour the other head; that is the Calamity Clan (Kaichizoku). Demon brothers Kinka and Ginka have fought for many years but unable to decide the battle, they have left behind damage here and there from the aftermath of their battles. Towa and company have been asked to slay them but Towa and Setsuna become absorbed in their battle with the demon brothers that the gold and silver rainbow pearls in their eyes get stolen. Kinka and Ginka attempt to present the pearls to the head of the clan, Jyoka, but Jyoka attacks Ginka and attempts to devour the rainbow pearls.

A member of Mobile Investigation Unit 4 , Criminal Investigation Division in Tokyo Metropolitan Police Department. A wild idiot who is excellent in physical strength and reflexes. He’s sensitive to smell, but it’s still questionable whether it is actually odor itself he smells, or about atmosphere. After so many frequent posts he had been transferred and assigned to, he spent most of his police duty in Okutama Police Box. It was his first time assigned in MIU with zero experiences and he started to feel it was his calling and without Shima, he’ll be in full of troubles since he acts without thinking.

He’s bad at reasoning, and can’t really understand Shima’s logic, but he listens to someone he acknowledges. Or rather gets emotionally attached to.

He relies to his instinct and reflexes, and judges people based on his smell sense. Due to his borderline personality, sometimes he makes mistakes. Throughout the series, Ibuki experiences human’s complex and many overwhelming emotions.

Justice in Ibuki’s opinion: “Someone who should be protected obviously= A reason police exists”

Ibuki’s essential fashion style is putting on jackets to make it not too obvious when he uses MIU’s equipment.

“Because his number of poses is increasing in the second half, after drastic change between white clothes after black clothes in episode 1, check-pattern and one piece of parka clothes in between of them are inserted to give similar impression of his fashion style. Because there are changes of outer wear with new one, Ibuki wears pants frequently which have been prepared previously since the start of series to make the changes can be followed by audiences. Those ideas come from Ayano Go himself.”

“Ayano-san himself had prepared rock-style T-shirt and sunglasses while asking whether they fit to Ibuki’s outfits or not. He took thought of outfits by stating something like ”These Ibuki’s dialogues match with this kind of clothes.”

Because pants were originally assumed for filming around February-March and some outfits which raise a nap on the back side, he still had to wear them to fit the scene although they knew it will be hot. In the outside appearance, you may not pretty get it, but actually Ayano-san was fighting hard against hotness.

ENGENEs~ 😍 If you have any questions about Heeseungie hyung and I, please as mee~!!
ㅎㅎ❣️ 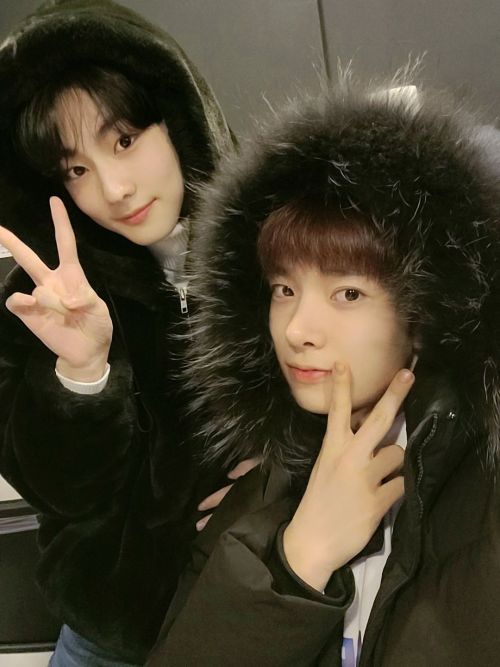 201122 drippin_insta:
[#Minseo] Congratulations on today’s solo vlive debut!!!🌈 I’m so happy to be able to communicate with you all!! My flower mbti is Freesia!! What kind of flowers that you got?? You did a great job for today. Tomorrow is the start of a new week, so let’s cheer up. I love you 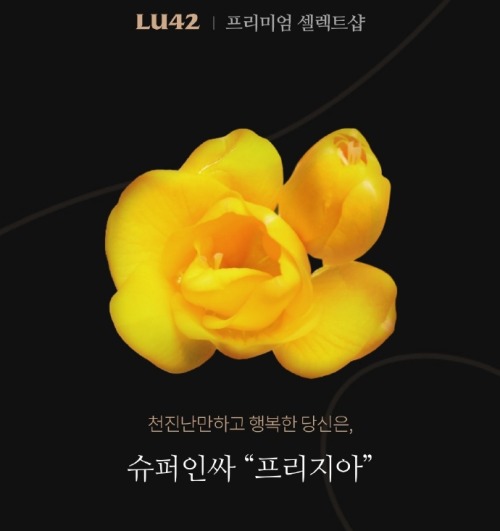 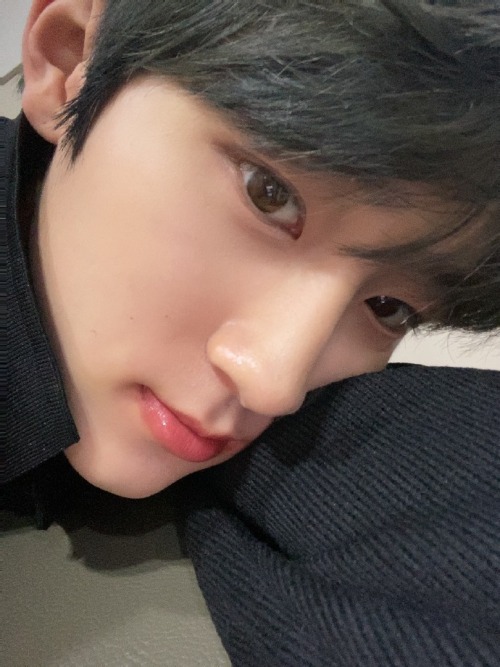 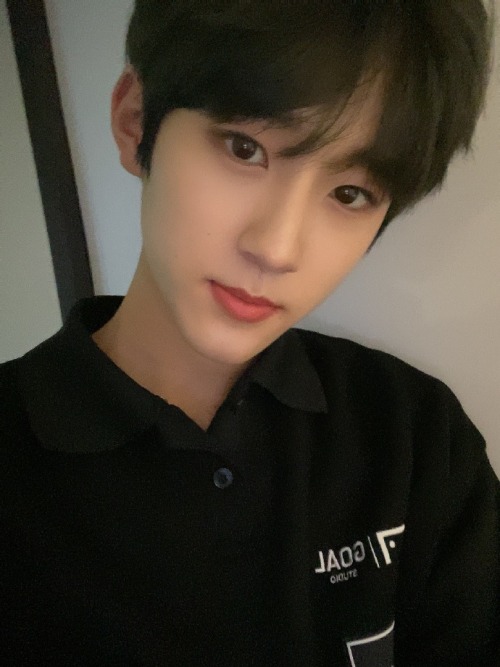 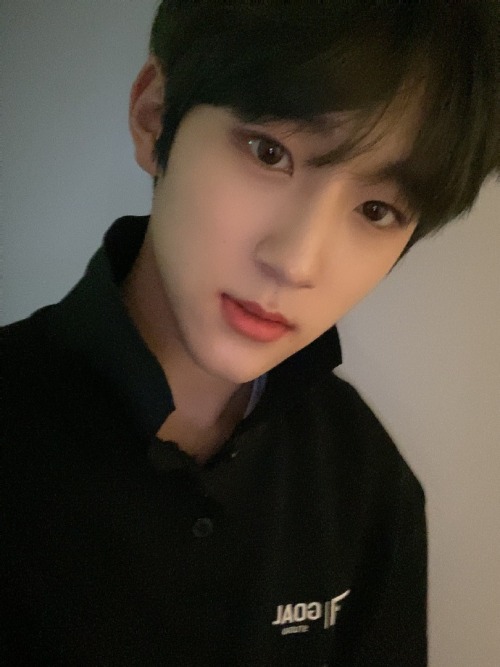 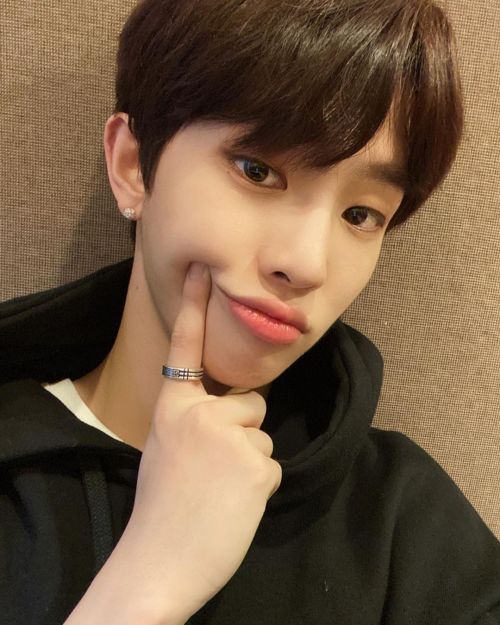 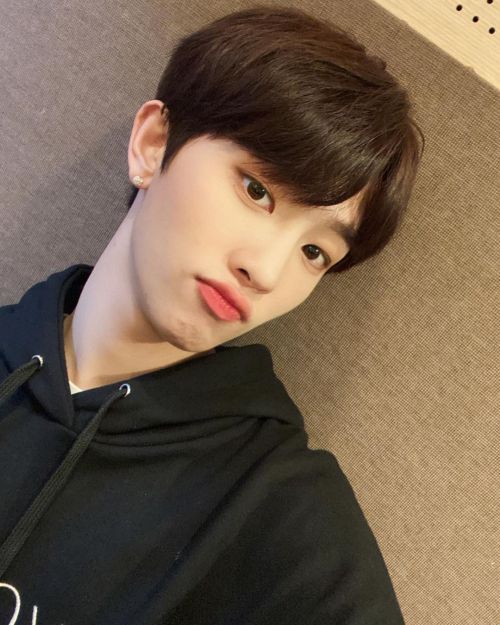 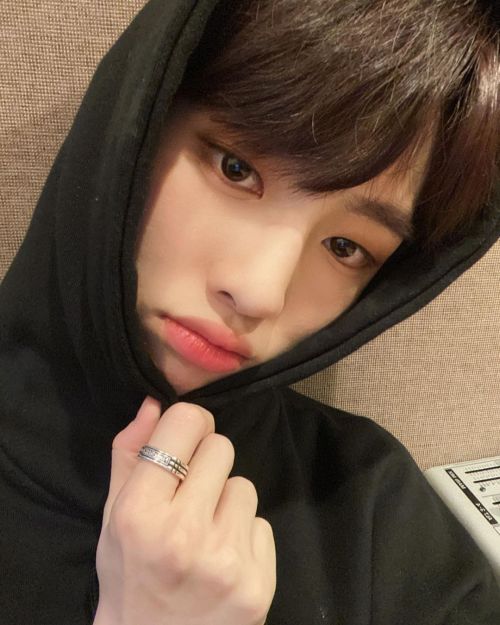 201122 drippin_insta:
[#Changuk] Hello everyone, we tried doing a relay vlive, how was it?? We’ll come to you in a various ways in the future, so please look forward to it~ 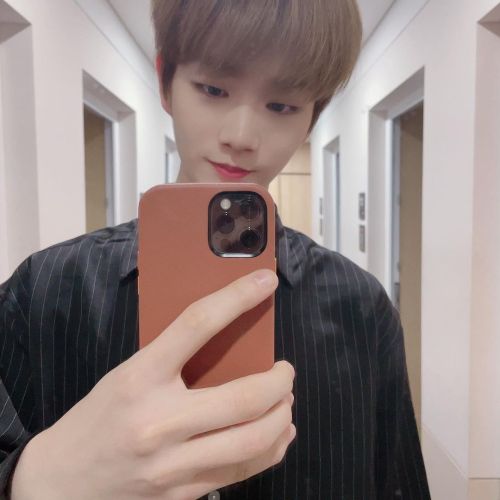 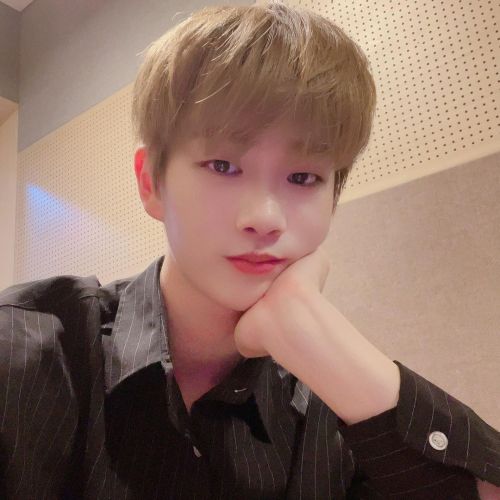 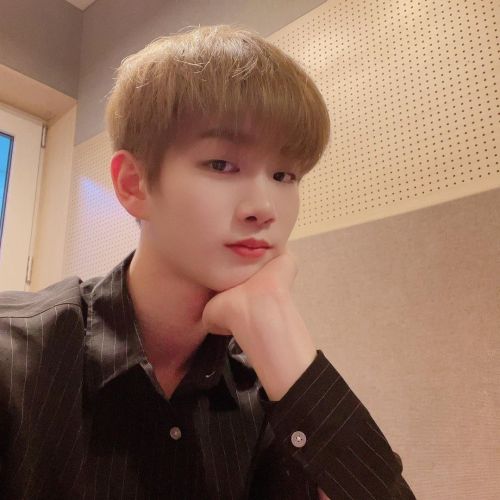 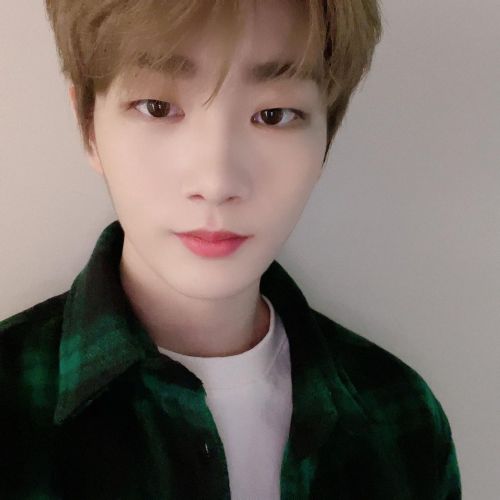 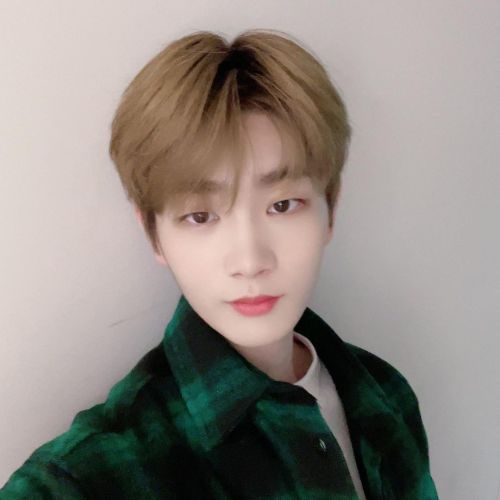 language question: i’m wanting to translate my usual ID into chinese but idk if the characters are correct or if there’s any nuances or connotations i should be aware of.

In english the meaning is roughly “a fox from outer space” so from what i’ve looked up the  太空 is the characters meaning space as in outer space?

201122 drippin_insta:
[#Dongyun] Today’s vlive was so much fun 😘❤❤❤ We’ll really going to do this often, so please look forward to it 😚 Good night, everyone 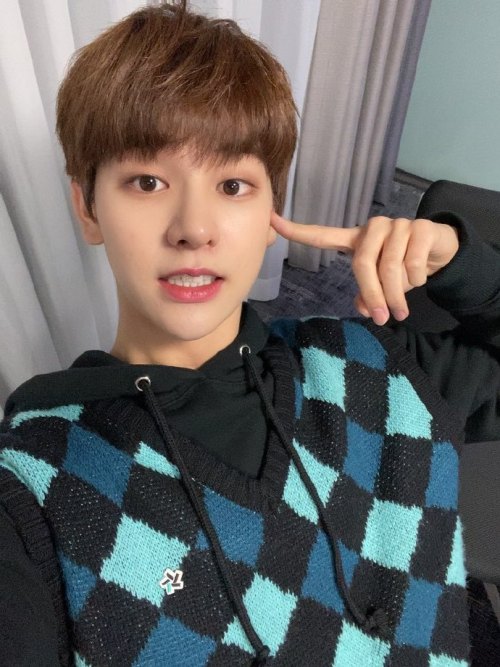 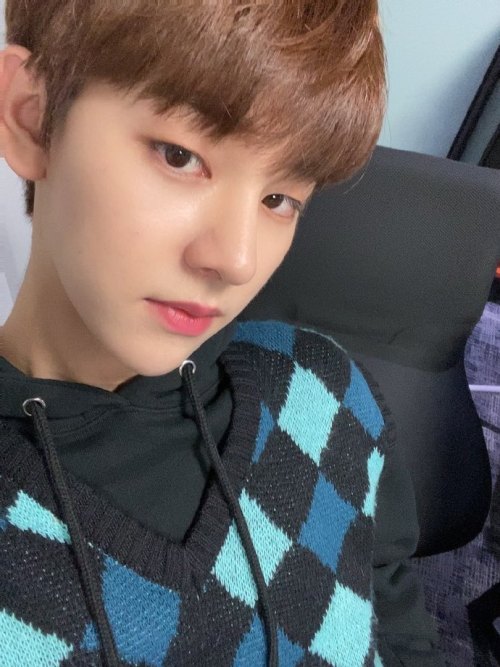 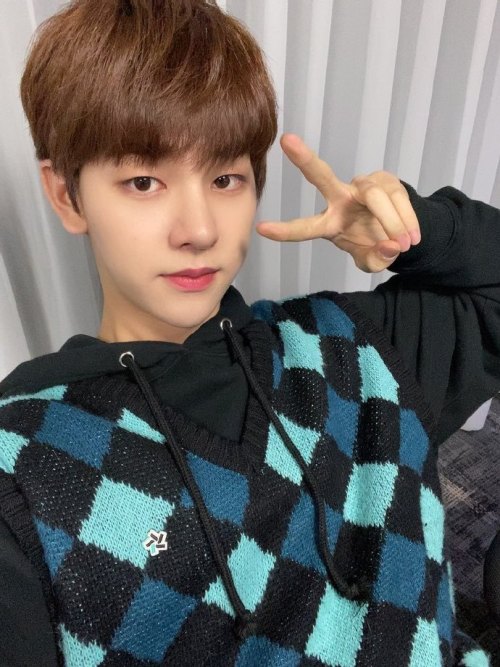 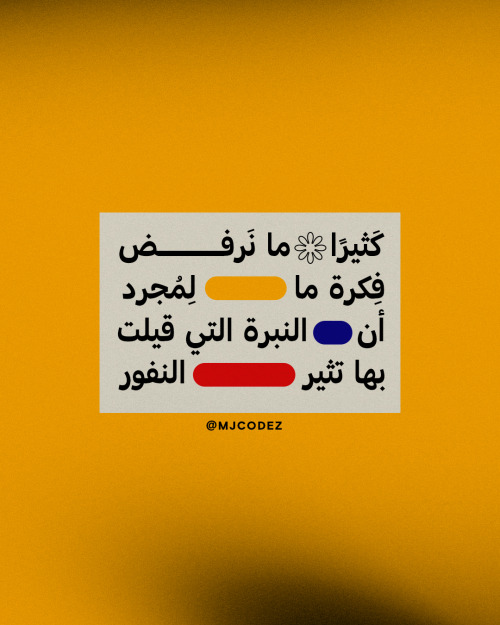 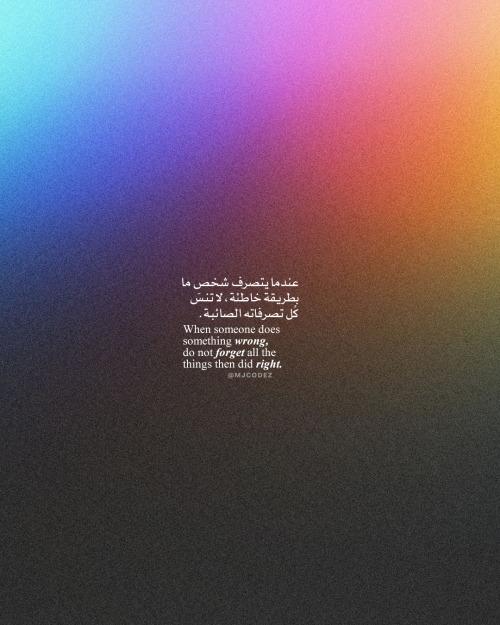