John Kerry—I am intentionally leaving out his title, Secretary of State, as it has no bearing on his current behavior—has been going behind our backs and colluding with the government of Iran in efforts to help that country further its nuclear arms program…something that is unacceptable given the obvious reasons. He is also colluding against our ally, Israel. All of this is collusion against our sovereign republic of America…and I am calling him an Enemy of the State. It has also been said that he is in violation of the Logan Act.

John Kerry is an Enemy of the State

…over to you, brave Patriots

re-listening to Treason. With Marc Thompson’s voice, I just couldn’t help myself. 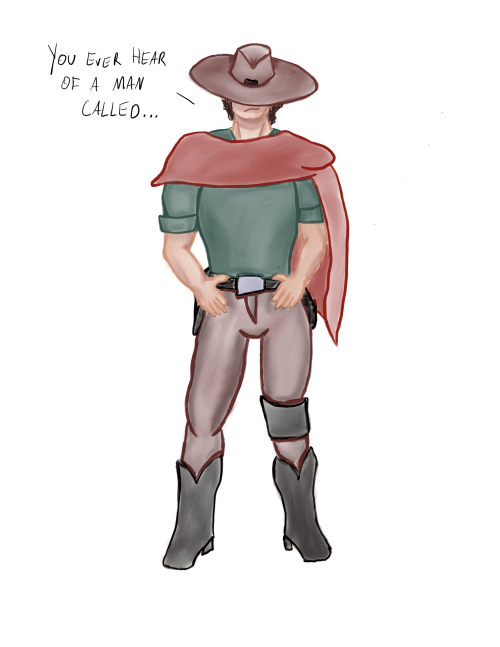 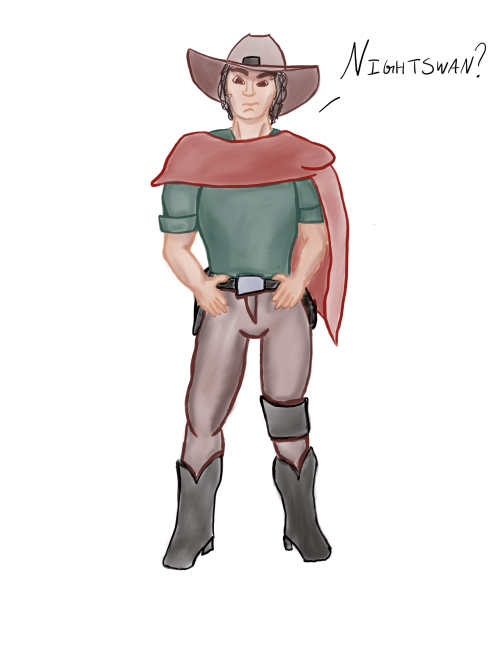 Trump and Fox Try to Distract from Coronavirus with “Obamagate”: A Closer Look

At the same time the current administration is arguing that the POTUS is above the law, they are also trying to pursue legal action against the previous administration…

I think it is worth mentioning at this point that Donald Trump pardoning Dinesh d'Souza is like Jules Pitt taking a huge bite out of Brad’s Big Kahuna Burger and then killing his soda in one shot. Brad, at that point, shoulda known it was gonna mean his ass…just as Obama should know this is going to mean his

…over to you, brave patriots

#Where We Go One We Go All, #Q, #Obama, #corruption, #treason
10 notes · See All
mountainfootVideo

My friend J-Prime has a new album out and I had the honor of making the album cover for him. He was particularly happy with his little bionicle friend :3 Check out his music and support artists of color!
https://soundcloud.com/jtotheprime/sets/relics 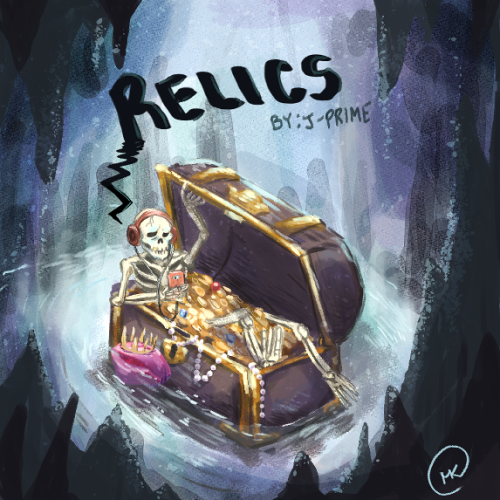 Evidence shows former President Barack Obama and his administration were the hub of a bloodless coup.

San Francisco officials are providing drugs to those who are suffering from addiction; insight from Joe Alioto, former San Francisco city supervisor and D.A. candidate.

we really do need to start hanging traitors again, there’s no statute of limitations on treason, maybe Trump will remember this & set up the gallows on the National Mall - I’ll bet she wouldn’t look so brave in reality; shitting herself!

ya know she was passed around by the viet cong & NVA officers exactly like the cum-bucket she played in Klute - back in the day, when i was a whore too, i’d’ve knocked the bottom outta her thang

I hope she enjoys have a shriveled dried-up old prune looking back at her in the mirror - that’s really gotta hurt, especially a washed up hollyweird star - all the make-up in hollywood can’t change that ugly face

A Lot Of Interesting Things Going On

London Miranda Burton has been dying inside since she lost her son. In a desperate attempt to feel alive once more, she quits her job and travels to London, England. While visiting a historic pub, she’s pulled into a hidden time portal against her will. London finds herself hurtled into the nineteenth century.

Lord Nankin, Declan Devinn, has his hands full with his seven siblings, his soon-to-open gentlemen’s club, and the English government, the representatives of which don’t wish to see him quit his life as a spy. Then a beautiful woman from the twenty-first century tumbles into his life. Regardless of his responsibilities, Declan is drawn to London Burton in a way he’s never felt toward any woman.

London finds herself constantly blundering in the social setting into which she has been thrust, and she yearns for home. But Declan will do whatever it takes to capture this special beauty’s heart and make her stay with him forever. When London’s arrested for treason and later taken hostage by a traitor to the Crown, Declan proves he’s a man she can count on – and she only had to travel more than 150 years into the past to find him.

London’s Quest is a fast reading, humorous romp. Don’t miss the next book in the Destiny Series, Desirea’s Escape, the story about the mega-celebrity Desirea Leighton who was responsible for pulling London Burton into the time portal while fleeing a stalker.

PCR (Polymerase Chain Reaction) is a procedure, not a test. PCR does not isolate, identify, or detect any particular virus. The PCR procedure just amplifies those sequences/fragments in the sample millions of times.

According to the CDC there is no universal definition of COVID-19. Therefore you are testing for an unknown virus. How do you test for a specific virus if you don’t known what you are looking for? COVID-19 is a coronavirus, which is a common cold virus for which there is an unknown number.

On March 24,2020 the CDC issued a bulletin telling doctors and hospitals to list COVID-19 as a contributing cause of death even if there there has been no test results “confirming” it. Question: How do you confirm a case of COVID-19 if there is no definition for COVID-19? And, the so-called “test” does not isolate or identify COVID-19 in the first place.

So wait a minute! Your are telling me we shut down an entire country over a virus that has no universal definition, using a test, that is actually a procedure that does not isolate or identify any particular virus, but only amplifies that sample, and then the CDC adds the so-called confirmed (?) cases to presumptive cases and calls that total the real number of deaths by COVID-19. Can you say criminal fraud (falsifying a death certificate is a criminal offense)  and possibly treason. (more on that later).

If you were to take 100 people and tested them for viruses during the cold and flu season, at least 80 (a conservative number) would test positive, even if you had no symptoms, because that is how your immune system works. It produces antibodies to pathogenic organisms 24 hours a day. That is the function of your immune system. A strong immune system is what keeps you healthy. Not this phony social distancing or masks, which don’t work in the first place.

So now the CDC has admitted to automatically over-estimating the real death numbers (based on their bulletin). From these false, over blown numbers they claim “the sky is falling” and we are all going to die, from this phony pandemic they have created, unless we follow their instructions, which will only make things worse. They didn’t work over 100 years with the 1918 pandemic and will just make things worse today.

So they used a compliant media to instill fear and to scare the hell out of a gullible public. Then they impose martial law on a compliant public and claim it is medically necessary in order to fool them into believing it is for their own good. (Nothing the government does is for the peoples good, only their own.)

So the “control freaks” and the “little Napoleons” are using fear tactics, used by the Gestapo, neighbors tattling on neighbors, to push a treasonous take over of America and a gullible public is letting them get away with it without firing a shot.

Reminds me of FDR’s administration when the bankers tried to take over the country and install a new regime. Only Major General Smedley Butler put a stop to it. Unfortunately FDR let them get away with this treason and they weren’t prosecuted.

The public needs to tell their legislators to “get a pair” and stop this madness. Take your C, D3, and zinc and take back your country!

As of today - April 11, 2020 - some 20,000 people out of a total population of 331,002,651 people in the United States have died of corona virus. Rounding off the CDC and US Census Bureau’s numbers, that’s 2 out of every 33,100 people.  And, it’s two too many.  Especially if it was you who lost someone to it, whether here in the US or abroad.  The numbers vary significantly from country to country; but, we’re coming out of the peak now.  However, things will never return to normal.

My beef is with what ever powers that be here in America.  Like most nations, we’ve had to scramble to re-adjust our lives around the damn thing.  And we’ve done it.  We, the citizens, have slowed it down, and there is, some light at the end of the tunnel.  But again - things will NEVER go back to normal.

One of the things which the Center for Disease Control does is to monitor outbreaks of all deadly diseases - bacterial, viral, prion-based - worldwide.  This includes such fun things as the Ebola virus, Smallpox, Dengue fever, Mad Cow disease, and the Bubonic Plague.  There are many local outbreaks of these things every year, although the Plague and Mad Cow have been low to nonexistent.  Still, they occur, many of them in third-world nations in Africa, Central - and South America.  You never hear of them, although the CDC publishes their findings.  Why don’t we hear about them?  Most people turn to what ever media outlet they use for news of the world - like Fox and CNN.  Since these outbreaks are in third-world countries - with the implied, dirty filthy third-world countries - your news anchor won’t tell you.  Let the filthy bastards die.

The CDC also passes this information on to our politicians and policy makers.  Here is where things go off the rails.  Think of an anonymous (of course!) US Senator and a rep of Big Pharma having drinks together somewhere:  "Hey, didja read the stats about Nigeria?  Four hundred people died of the cholera!“  "That’s good!  Four hundred less jolly African Americans to worry about!”  Rich white people.  What else would you expect?

Someone, or a group of someones in the United States, knew the potential for disaster even as the news started coming out of China.  Media outlets focused on the ‘pandemic’ and the 'crisis.’   Let them eat worry and panic.  I don’t care who it is, from Trump and his overseers to the local health officer, stashing away masks and alcohol for themselves - they MUST be brought to justice.  They must go to jail, and if serious enough in their perfidy, face treason charges.  We must call them out, even as they congratulate themselves on how well THEY handled the 'crisis.’  I call bullshit.  If anyone handled things well, it was we the people.

A perspective on never returning to normal:  anti-corporate types may be cheering that Walmart took a blow to the testicles - but it’s the people who work for Walmart, at slave wages, who really lost.  Where will the money come from?  It doesn’t exist.

And a perspective on who died and how: from its introduction into the US, it’s killed, as I’ve noted, about 20,000 people.  According to CDC stats, roughly 2300 people die every day from heart attacks and strokes.  And some 10,000+ people died from alcohol-related auto accidents in America in 2017.  That’s one in 311,000 people.  The number of cardiovascular deaths - 2300 a day - now, there’s a pandemic.  There’s a crisis.  It’ll be shuffled off stage though - it doesn’t terrify people.  Viruses terrify people - as we’ve found out - again.  Or, have you forgotten Mad Cow and SARS? 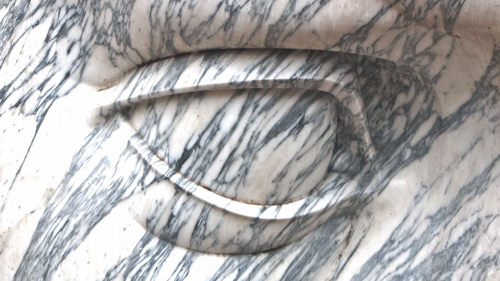 Remember what the supposed president did when presented with info on this virus. REMEMBER. #covid19 #covid_19 #treason
Reposted from @jfuzion - #regrann
https://www.instagram.com/p/B-12x_5pjYZ/?igshid=thil9116muz0