why is this literally so adorable, i love their friendship 🖤💖 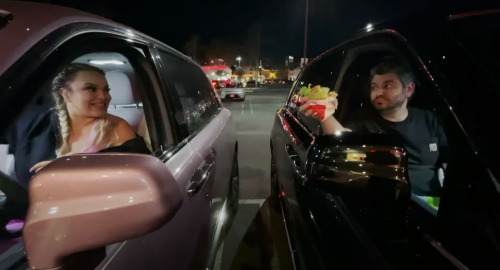 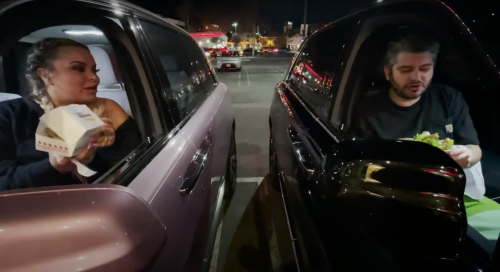 I just watched some video where Trisha paytas was on TV with psychologists saying “I identify as a male and I always have” and the fucking audience members FACES iM gonna BFNEJDNS. HOLD ON LMFAO

i’m not able to watch h3h3 podcast clips anymore bc trisha paytas is in literally every one of them and i can’t stand her :/

So, my girlfriend is quite into YouTube and TikTok whereas I have nearly zero interest. Currently chilling with Ethan Klein and Trisha Paytas’ (my gf literally had to spell those surnames for me) ’Frenemies’ podcast and TBH I am enjoying it. I have caught bits and pieces of it before along with H3 and H3 After Dark and I do genuinely like the whole gang.

They’re currently engaged in an impromptu “douche of the month” bit, showing clips of this young lad named Bryce who clearly has some deep seated issues surrounding his masculinity. They’ve showed a number of clips of him and they all rub me up the wrong way which is fine since I’m not generally the most peoplest of persons anyway.

What really got to me is that there was a clip where he was overtly bullying and intimidating some other kid who clearly didn’t want a fight. Apparently this person had said some bad things about him on the interwebs, so this Bryce character got up in his face, called him a “pussy” several times, and, again several times, demanded that the kid hit him first, assumingly so they could have a scrap and Bryce could assert his dominance and prove his manhood by beating someone up. The kid refused and Bryce persisted…. and then proudly posted it on the internet.

It was somewhat triggering as, coming from the British underclass, I can see many of the same themes of underdeveloped masculine identities manifesting in violent tendencies. It also kind of angered me that, whereas the people I knew had socio-economic reasons for being this kind of backward, this Bryce lad was clearly born middle class and has since made a shit tonne of money in a way I don’t fully understand. Perhaps that is neither here nor there.

I have escaped the mentality of my social background (thank fuck) but this clip did kind of compel me to state that, if Bryce Hall is literally gagging for a fight, I’m game.

I’ve been in three or four brawls in my time (lost every single one of them) but for the most part, save for a very occasional lapse, I am pretty much completely non-aggressive these days.

But really Bryce, that kid was sat on the floor, adopting a completely non-confrontational demeanour and your behaviour toward him was sickening.

So, I suppose I’m wondering, against every moral development I’ve made in the last few years, whether we can come up with some arrangement where Bryce Hall pays for my plane ticket (and for that matter, a passport) to get to wherever the fuck he currently resides and, if he seriously wants to go, we shall go.

Very sad that my friends saw my monokuma phone background and thought it was the logo for Trisha Paytas’ emo band. Girl is trying to be real life junko with the mascot

i would rather listen to trisha paytas sing the entire Hamilton musical than sit through “Hey Look Ma i Made It” by panic! at the disco

Being in a rapper’s music video

one of my fav moments from today’s episode (#21)