“ I have no hard feelings for the man. I just want to catch him.” - George Oldfield

If this had been a man from an ethnic minority, a queer man or a woman no police officer, essential service worker or any other member of the public would have ever said this.

Peter Sutcliffe killed thirteen innocent women, Oldfield’s - and all other relevant people’s - lack of hard feelings is hideous and shows their misogynistic, disrespectful attitudes towards women, particularly women in the sex industry.

“You have to ask yourselves, is the only good abused child, the only one who deserves our compassion, the dead one? My client chose not to die. He shot his father because, driven by years of terror, he was afraid his father would kill him. If you convict him now of first-degree murder, it will be his father’s last act of terror, with you as his accomplice.”

“slasher fuckers understand us!” bitch they wanna fuck a FICTIONAL character, you wanna fuck an ACTUAL human being who’s m*rdered, r*ped, etc. people and ruined lives. y'all are not the same, get some help pls

I’m taking a forensic science class and I REALLY enjoy it.

I’ve been interested in macabre and morbid stuff for a quite a while and right now I feed that morbid fascination by watching true crime documentaries and listening to true crime podcasts.

Later in the semester I’ll be doing a total of three research papers on serial killers. For my forensic science class it’s a group project consisting of two research papers. My group’s research papers are going to be on the Son of Sam and Aileen Wournos.

My other research paper is for my Criminology class so it’s going to be focusing on the criminological theories, rather than the evidence and forensics angle. For my Criminology paper, my killer is H.H. Holmes.

We also saw photos of what a person looks like during different stages of the decomposition process and it was definitely a little gross, but having a visual to go along with each stage with was good for me, since I’m a visual/kinesthetic learner.

It’s DEFINITELY a bit morbid and gross at times, but that kind of stuff absolutely fascinates me. I’m not easily phased by those kinds of photographs. I’ve never been present for an autopsy before so I don’t know how I would react in real life, but photos don’t make me squeamish.

I’m considering becoming a coroner or medical examiner. It would be a way to feed my morbid fascination and I think there would be enough variety to keep me on my toes and keep things interesting (it’s hard for me figure out a better way to word that)

Sometimes the terms “coroner” and “medical examiner” are used interchangeably but there IS A DIFFERENCE between being a coroner and being a medical examiner:

Coroners are ELECTED officials and may or may not have a medical degree.

Medical examiners are appointed and usually have a board certification in a medical specialty and is typically a physician who is a board-certified forensic pathologist.

Being a coroner or medical examiner would also allow me to help people, which is something I want to do regardless of my future career choice. It would allow a victim’s family to get some sense of closure.

In addition to helping families get a sense of closure, as a coroner or medical examiner I would determine the cause of death, manner of death and estimate time of death.

If I were to become a medical examiner and get a pathology degree, I would also be performing autopsies and be responsible for certifying the manner and cause of death.

Garrett Burton was only 16 years-old when she was shot to death during the early morning hours of August 30th, 2008. Garrett lived in Columbus, Ohio, and he had begun his junior year of high school just days before he was killed. On the Friday afternoon of August 29th, 2008, Garrett was picked up from school by two friends. The three then went to the Hilliard-Rome area to hang out. Garrett’s mother Patti Burton expected him to be home by his 11:30 PM curfew, but he never showed up. A short time later, Patti learned her son had been killed.

Like many teens, Garrett was a bit mischievous. However, according to his loved ones, he had never been in any serious trouble before. During the late night hours of August 29th into the early morning hours of August 30th, Garrett and his two friends were throwing eggs at passing cars in the Hilliard-Rome area. At some point, a man got angry about the egging and approached Garrett and his friends with a gun. The friends reportedly ran and hid behind a tree, while Garrett remained in plain sight.

One of the friends would later tell Garrett’s mother and investigators that “he saw Garrett put his hands up and say I did not throw any eggs at your car, but he said I can help you wash it off.” The man then demanded that Garrett get down on the ground. Garrett began to comply, but before he could get all the way down, the man shot him in the neck. The man then fled the scene before Garrett’s friends were able to get a good look at him.

Over a decade has passed since Garrett’s death, and his killer has still not been captured. Earlier reports on the case state that Garrett’s friends apparently did not even see a vehicle that his killer might have been driving. Since it was dark outside at the time of the shooting, it was difficult to see any distinguishing features on the suspect as well. 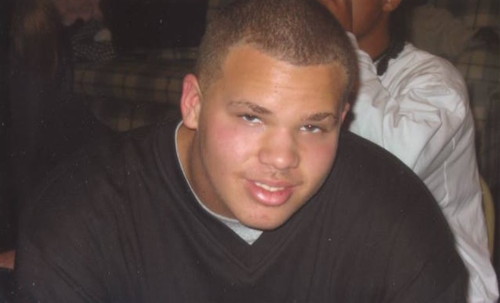 Hello everyone! This is my autobiography release King of X. It’s available either in paperback or kindle edition. For more information please visit my website at https://www.kingofx.com

On 6 October, 1972, 8-year-old Olaf Stoltze disappeared in Kelkheim, Hesse, Germany. He left home at around 3:30 pm and did not return. The next day, passers-by discovered his body in the bushes about 3 km from his home. He had been crucified, sexually assaulted and strangled to death with his own braces. It was determined that the murder had occurred on 6 October between 6 pm and 8 pm.

On 31 October, 1972, a local Catholic priest received two somewhat incoherent anonymous letters. The writer stated that he was ‘looking for more prey’ and likened himself to Herod the Great. He claimed that he would stop killing if the the death penalty was reinstated and encouraged people to elect the nazi party. The writer also claimed that he was living in the woods as a vagabond and owned a large arsenal of guns. It is believed that these two letters were written by the murderer of Olaf Stoltze. Because of the old-fashioned writing style, it is presumed that the writer was at least 50 years old in 1972.

Shortly after the murder of Olaf Stoltze, two women encountered a strange elderly man in the cemetery of Kelkheim on two separate occasions. When the women looked at him, he rudely asked them what they were staring at. They estimated that the man was 50-60 years old and claimed that he carried a camping bag with wooden stakes in it. Such wooden stakes had been used in the murder of Olaf Stoltze.

Prior to the murder, children had noticed an apparently homeless man watching them near schools and playgrounds in Kelkheim. After Olaf Stoltze had been killed, that man was not seen again and police have not been able to identify him. The atrocious murder of Olaf Stoltze remains unsolved to this day.

Macabro is a 2019 Brazilian thriller film based on a true story about two young brothers who were accused of brutal murders in the 1990s.
Directed by Marcos Prado (Curumim: Diary of a Brazilian on Death Row; Artificial Paradises) from a screenplay co-written by Rita Glória Curvo, Pablo Padilla, Lucas Paraizo and Pedro Riguetti.
The Zazen Produções-Querosene Filmes production stars Renato Góes,…

this hairstyle suited him so much

Ed was the inspiration for the character Leatherface. The similarities between Ed and Leatherface are extremely noticeable, the grave robbing, the mask made of human skin and most of all the house items made of human body parts

Ed was the inspiration for the character Norman Bates. They both have a fascination with their mother. The author of the novel Psycho, Robert Bloch, would later admit his surprise at having “discovered how closely the imaginary character I’d created resembled the real Ed Gein both in overt act and apparent motivation.”

Ed along with Ted Bundy, Gary Heidnik, and Edmund Kemper was the inspiration for the character Buffalo Bill. This character wears a women suit which was something Ed did too

- I hate this non-thinking stasis. I’m stuck in humanity. Maybe going “NBK” (gawd) with Eric is the best way to break free. I hate this.

The happiness is close visible ending, end of the beginning of the halcyons

The weather is a replication of our thoughts. The happiness is possible, iniment, I love you [redacted].

The humanity is blocking me again. Time to go. Hahahaha fuck all. Hate this shit, need to be me [?], love her

- I know it’s her…everything is true…my love is genuine Love…existence for ever is the happiness that we have achieved w. each other

- I now know the final battle. the pain of humanity is our love… I love you

- Students can be seen running from the school at approximately 11:35 a.m

- Between 11:30 am to 11:40 am deputies provide safety for injured and escaping students

- 11:35 am to 11:44 additional deputies arrive and start to evacuate students to safety

- Between 12:02 pm and 12:05 p.m. the powder smoke can be seen as Klebold and Harris shoot from the library windows at deputies and paramedics rescuing the wounded below

- Jeffrey Lionel Dahmer with his parents and his younger brother

- Theodore Robert Bundy with his mother who, for a long time, he thought was his sister

- John Wayne Gacy and Carole Hoff and her two daughters on a Christmas card. The couple divorced on March 2, 1976

- Both Klebold and Harris also carried several knives, which were not used

- Adam sealed the windows of his bedroom with trash bags and duct tape, which kept out all the natural light and his mom was not allowed inside his room

The two propane bombs in the Columbine High School cafeteria. You can see the timing device to the left in the first picture