Hey everyone ask me about my OCs

I ran a Honey Heist this past weekend for a friend’s birthday party! This was my first time GMing, which was pretty scary.

As a result of my nerves, I ended up making VERY THOROUGH notes for the game. I know sometimes coming up with ideas for a campaign can be tough for new GMs (as I now I have proof) and I thought this might be helpful to anyone looking to run a Honey Heist for themselves.

Credits are included in the document itself. Enjoy!

I’m going a tad crazy with not getting my ‘fix of geek’ as the wife puts it, and so I’m looking to run some rpgs online with my normal group of friends. Does anyone have any experience or advice on doing this? Likely to be through Teams or Skype

Rolemaster’s Spell Law came next, initially designed as an intricate replacement magic system for your RPG of choice. I like the chutzpah of that. The execution…ehhh. This is the 1989 2.5 edition.

I like many of the ideas in Spell Law. I like that they collected similar sorts of magic into three main groupings (Essence, Channeling and Mentalism), then further organizing them into discrete disciplines (I believe this is the first time this happened, aside of the D&D illusionist, anticipating AD&D 2E’s schools and spheres). I like a lot of the thinking behind the sorting and how the groupings work as utilities for different character types (so Moving Ways is a set of spells Rangers might use, whereas the Light Molding spells are geared towards Illusionists).

On the other hand, there are over 2000 spells. That means very few have anything approaching robust descriptions and a lot of their applications remain nebulous. I kind of love this, actually? Just creating this massive web of arcane lore, so no player character can really ever grasp all of it, and leaving much of it with fuzzy edges to be established in play is super appealing. On the other hand, a massive, fuzzy edged system seems like a nightmare to use in play.

I also think it is a little weird that for as big as the system is, there isn’t any particular difference between the three primary schools aside of theme. I’m not looking for three completely different magic systems like Invisible Sun, but it does seem odd that the mechanical underpinnings of the schools are all the same (and this goes for most other games that later used the schools idea).

Another Angus McBride cover. A touch less awesome than the previous one, but still dramatic with a nice use of light. I am kind of iffy on the overall design of that elven mage though. Not just the hair…but I am getting ahead of myself. More on him tomorrow. Interiors by James Holloway. He does a good mage. As usual for a Rolemaster book, though, not enough art inside. 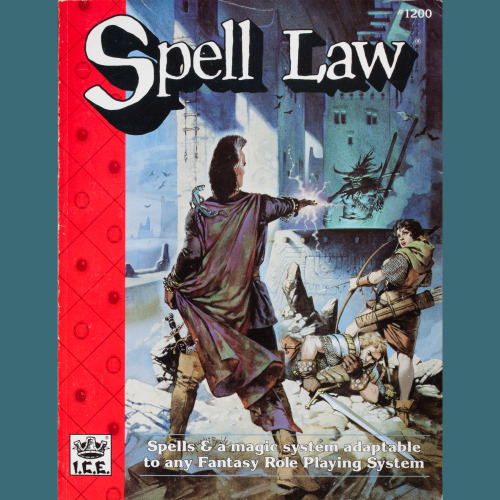 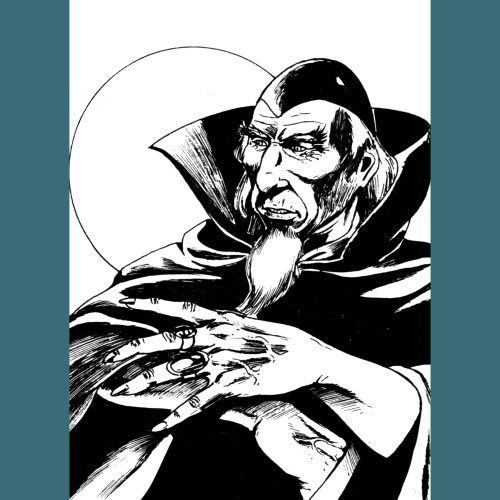 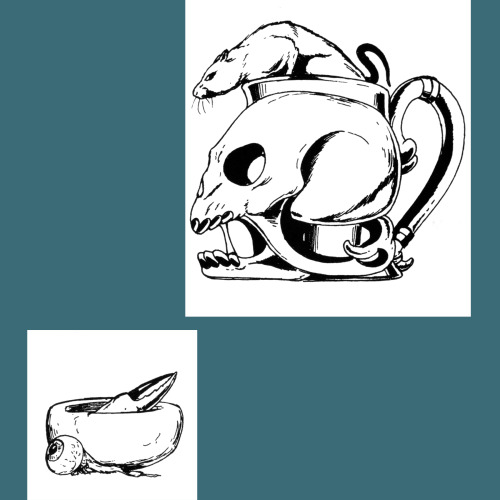 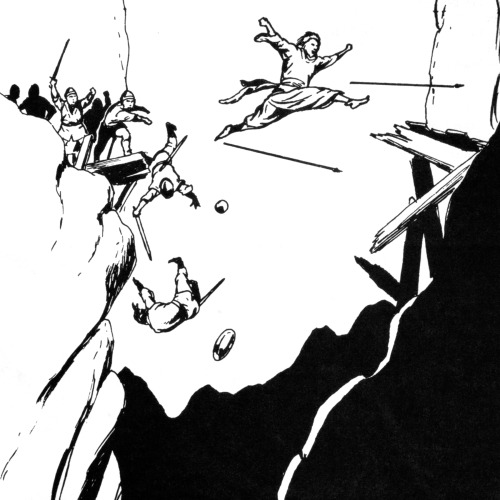 Fussing with a dress idea for Andréa. 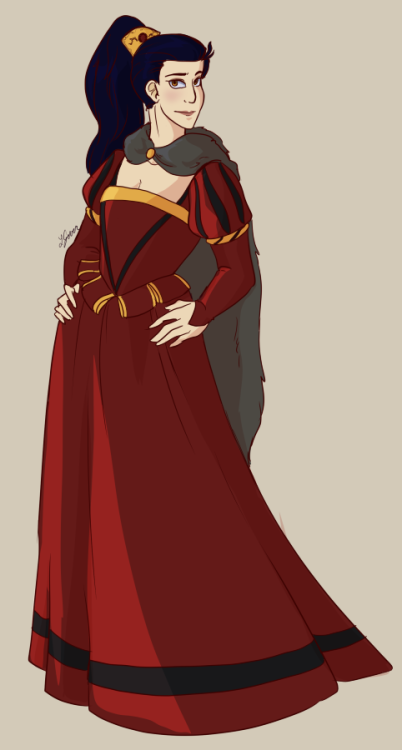 Shai and her cobra - Alastor - holding a toy snake. 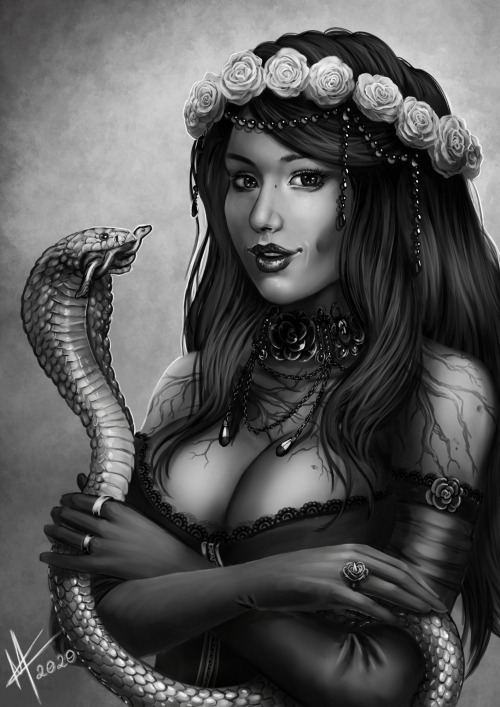 What ails you, my child? Why do you lash out with teeth and nails? The crushing sound of knees and bones pervades as you set out upon the dying world. This pain is a burden on your soul, and every unfortunate soul that crosses your path.

If you ever need a specific witch, you go to the Witchfinder. A master tracker and only person who knows where all these damn witches of the continent are. Most witches are always on the move, their hunts or houses jumping and flying place to place as they gather ingredients and items. Only the Witchfinder can find them anytime, though just because they can find the witches, doesn’t mean you should find them. 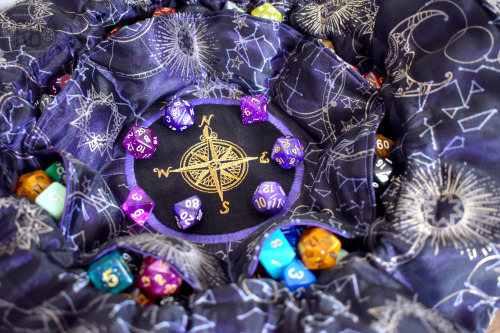 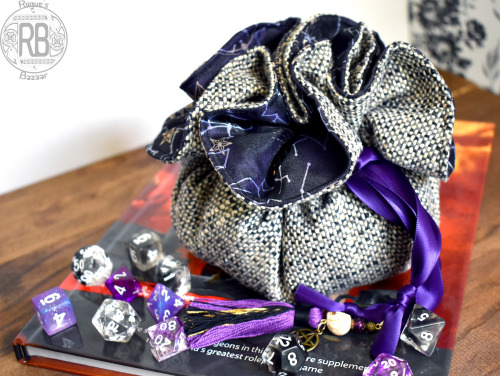 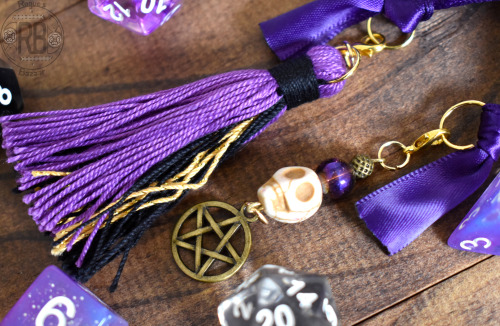 Series of Patreon Rewards for MysticalLatios on FA - thank you!

This is of their D&D Group, a set of tokens and the character designs / group shot we used to work out the designs themselves! 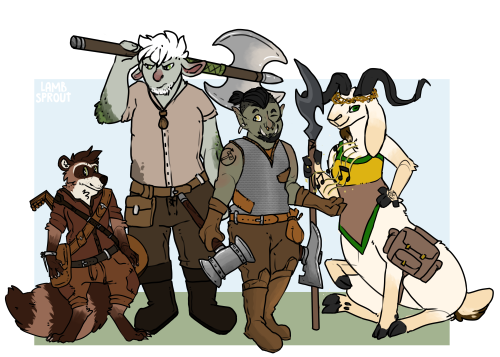 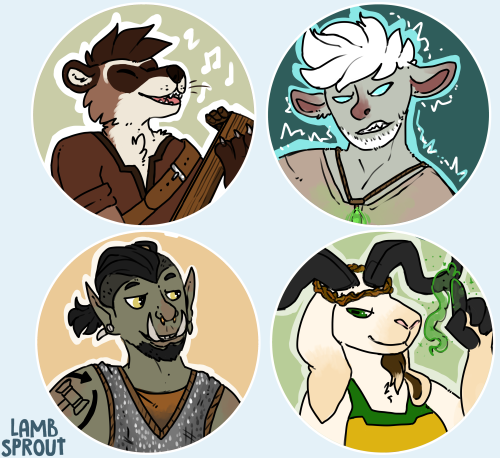 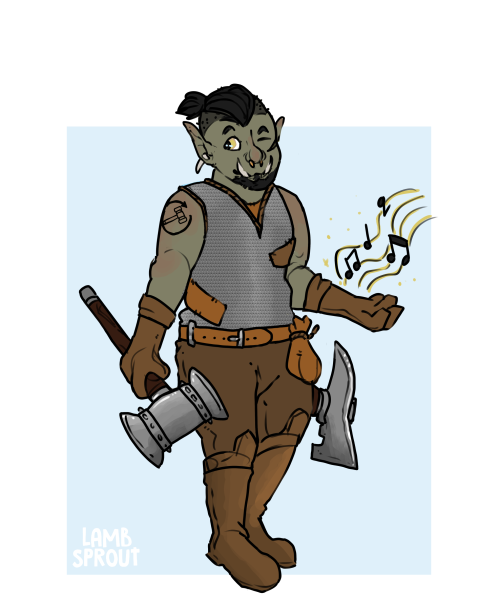 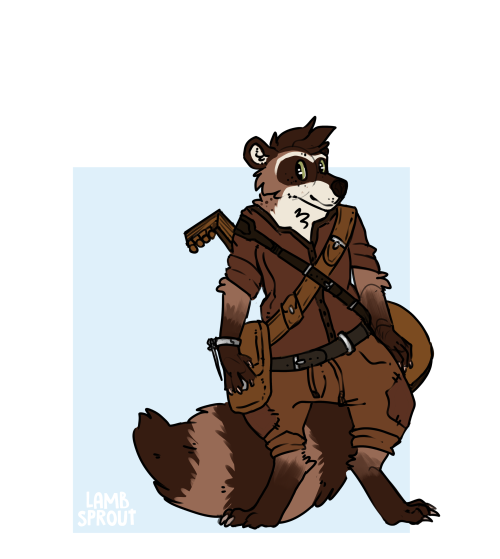 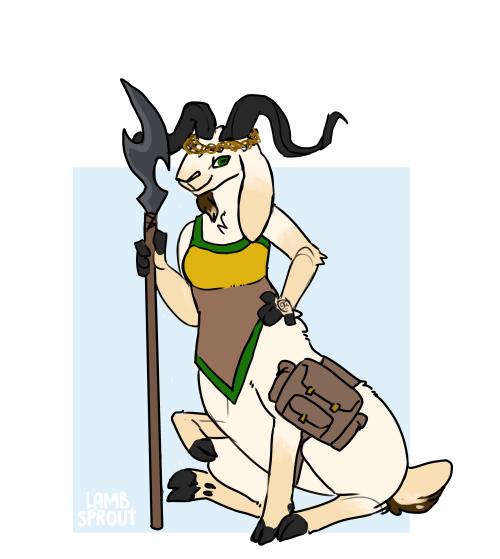 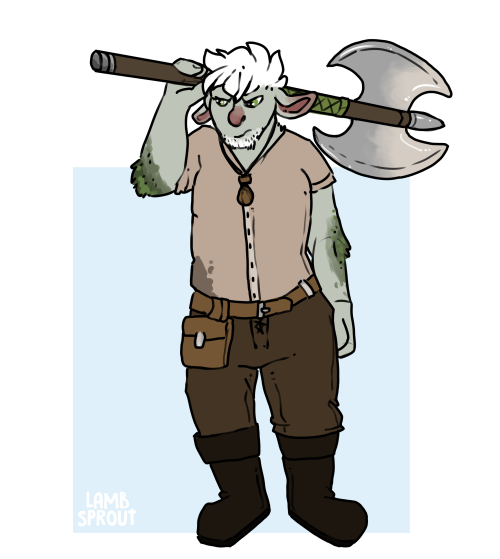 BETTER VID OF THESE AMAZING DICE!

Here’s an imperial-looking senate building battle map originally made for the Dorkvision stream! I flattened out the banners so you can easily replace them with whatever you want for your own setting, or leave them this imperial red. Each tier’s grid is ¼ the size of the one above it, so it’s fairly easy to resize tokens in Roll20 or other programs by simply doubling size.

So go ahead and use this for your own campaigns whenever your party needs to, say, overthrow a corrupt or inept democracy when peaceful protest falls upon deaf ears!

My maps are normally just for patrons, but I figured since my content output is going to be low for a bit, I could offer this up for the fine public!

Iisjah lying in the snow, snowflakes falling up from the ground, and beyond the glow of the snow he can faintly see moving, inhuman shadows

Sketch from my last rp session, a dark vision 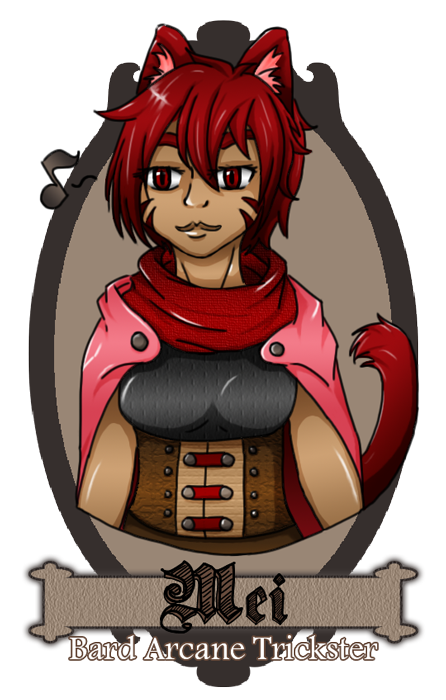 first couple of charity sketches are done! dungeon world character (With A Gun) and, more importantly, rotthe (for @cosmic-corvid) 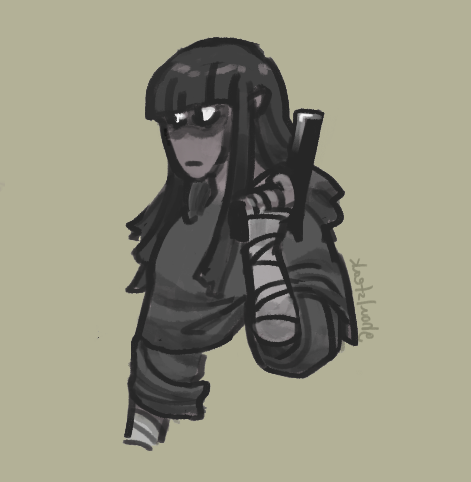 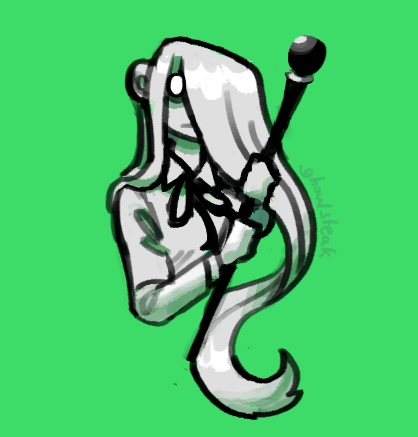 Two quick portraits in Darkest Dungeon style of two dopplegangers for the party -the human monk and Eine’s dwarf-goliath artificer-!

They found that a beating mass of flesh has grown under the city, and it has the ability to make copies of people, albeit somewhat imperfect. They had to face themselves in combat, in individual fights! 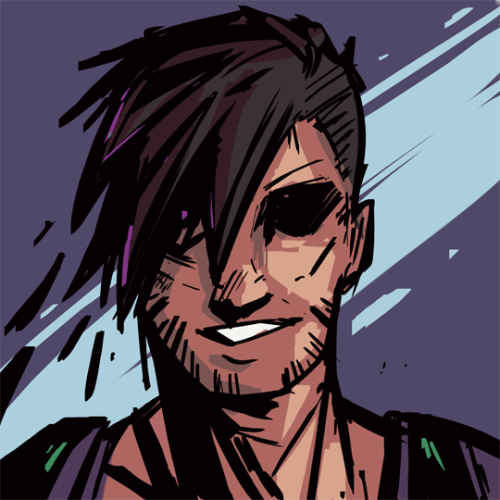 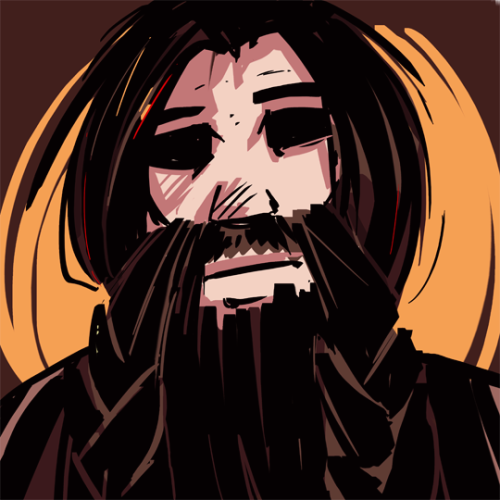 Part 2 of the NPC portraits from my eldritch horror campaign! Find part 1 here. 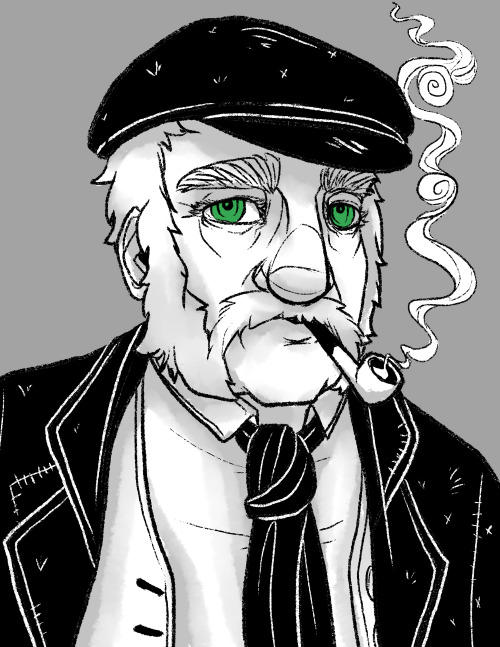 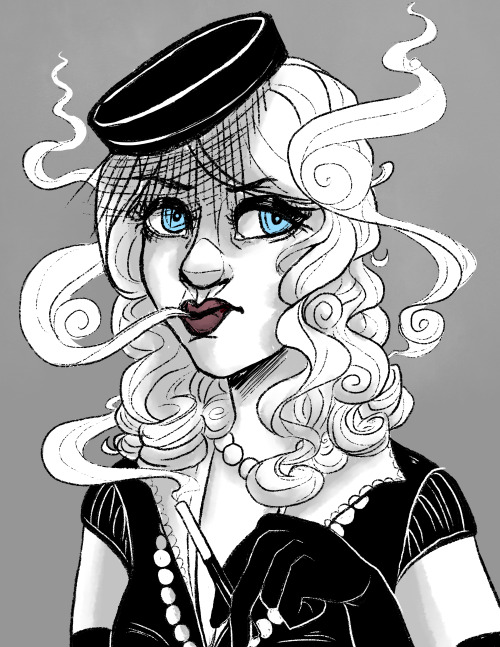 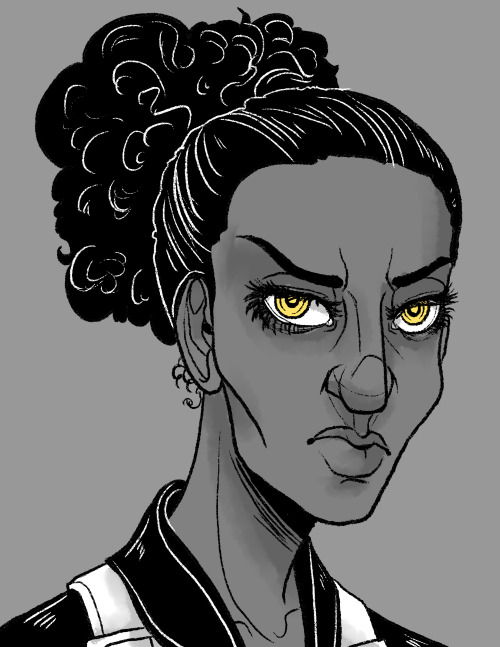 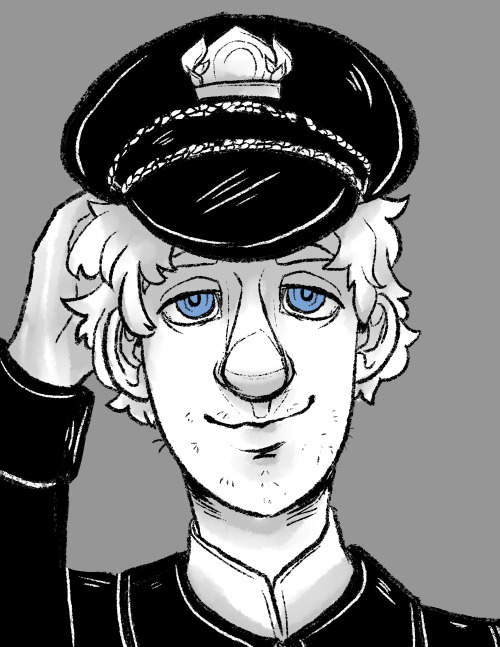 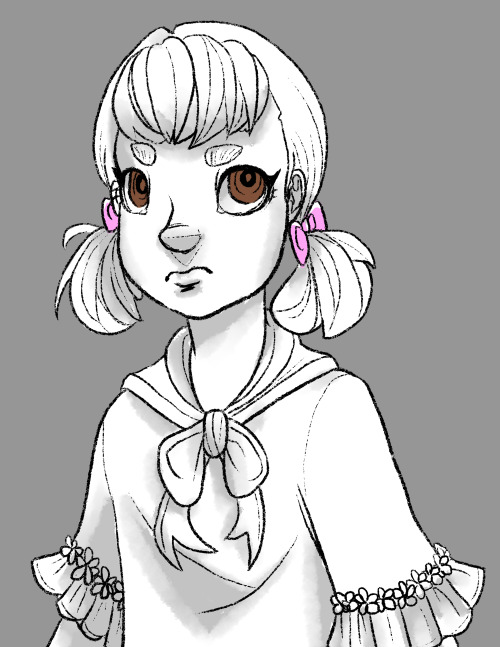 These are all the designs I drew for my friend Michael’s Orc fighter, Nir. Loved the RP he did for this character, he was super dramatic. 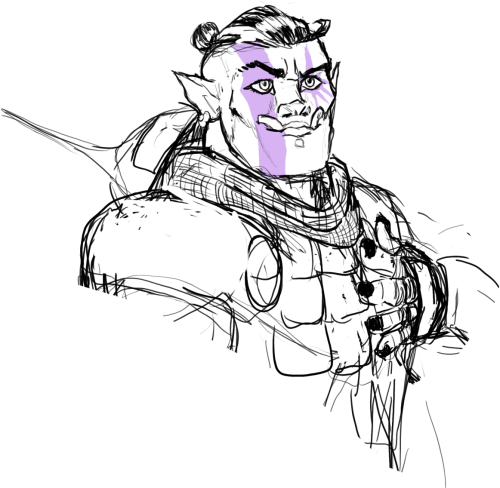 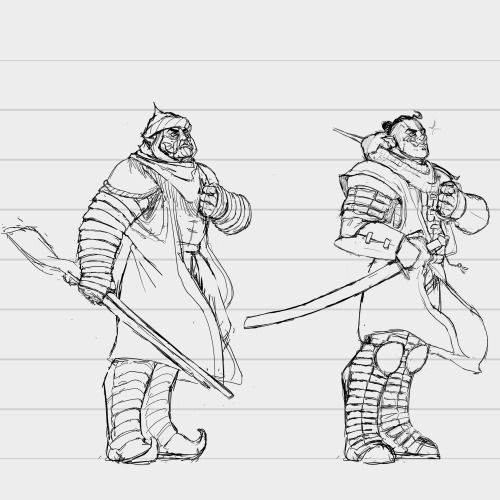 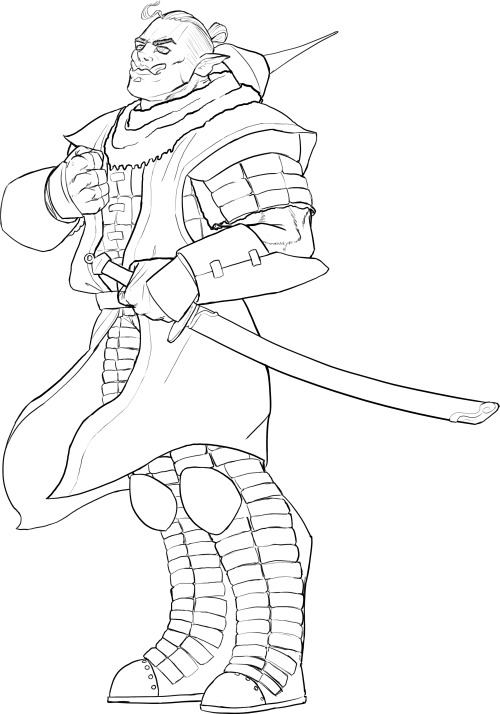