One of the things that pains Cassandra so much during her fall is that Rapunzel is so committed to reaching out to her never giving up on her no matter how far Cass goes. Cassandra 1) wanted to be justified even more than she thought she already was and 2) wanted to make Rapunzel betray her own belief in the good of others.

If Cassandra could have made Rapunzel retaliate, then she would have basically killed the saintly Rapunzel. She would have demonstrated that even Rapunzel was not above fighting and making enemies. Cassandra targeted Rapunzel’s core belief and brought her to the point of throwing it all away. Rapunzel giving up on Cassandra would have been the victory Cassandra was aiming for.

For those who belong to a religion, Cassandra was committing what is called Blasphemy Against the Holy Spirit. It is when someone refuses forgiveness from the Almighty and refuses to surrender to compassion. Cassandra was trying to make Rapunzel stop loving her similar to how some of us want God to stop reaching to us and offering us chances of redemption. It’s like yelling at God to hate us instead of love us. It was pride. Cass was too proud to accept that she was wrong and that Rapunzel loved her despite all her actions.

#tangled the series, #tts, #cassandra, #rapunzel, #rapunzel's tangled adventure, #rta, #cassandra’s revenge, #once a handmaiden, #plus est en vous, #zhan tiri, #cassunzel, #poly’s poetic over analysis, #polyspeaks, #Tangled Ever On, #The Lanterns Still Float, #I Still Live My Dream, #The Wind Is Still In My Hair, #I Still See The Light
0 notes · See All
titanicus-mechanicusText

Corax promotes the overthrow of capitalism, more at 11

#my stuff, #if the emperor had a text to speech device, #bruva alfabusa, #tts, #wh40k, #warhammer 40k
5 notes · See All
compulsive-xenonText

Russian Disney channel decided to redub Varian’s solos after completing season 3 dub. I don’t know where this idea comes from, but it’s so cool!

When he says “vseh”, it sends chills..

tough times when u gotta sell popcorn to go.

So this is something I wrote for a scene I’m working on in 3TtD, but it’s to OOC for CG to use threats and too OOC Magnus to stop him in this scenario so I’m cutting  it

for more info on the event, see the read more - 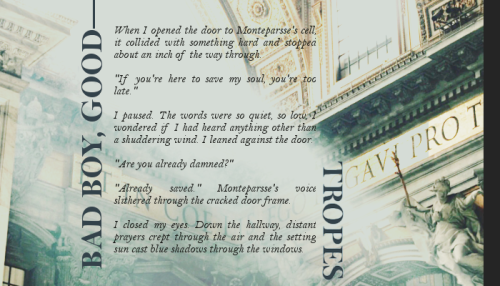 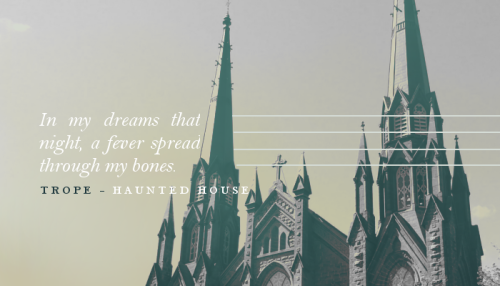 Varian: I had nothing to do with it!

Varian:Okay, it was my idea but I don’t feel good about it.

Can We Just Look At How Much Trauma Varian Has Gone Through:

Kidnapped, Drugged, Thrown out of a Tower, Imprisoned in a cage very high up, Fallen off cliff (in dream)

Held at Sword Point, Held Off flying ship while choking

Queen For A Day:

Watched dad be encased by rocks

Secret of The Sundrop:

His mom is gone.

This kid must have PTSD

Did I miss anything?

I guess this is a nice-er Varian… I honestly just had a fun time doing this.

Reminder: This story has a happy ending! Onwards!

Chapter 25: ‘Cause I Long For That Look Of Surprise

Rapunzel was stunned. She couldn’t move from her spot, eyes wide in shock. Her mind was both blank and spinning at the same time, not really comprehending the situation in front of her.

Just moments ago it was a normal battle, Corona versus Saporia. Until that point it still made some sense. But that changed the moment Andrew attacked Quirin.

Suddenly, Varian was rushing in their direction, only to be intercepted by Cassandra’s black rocks and pinned to the ground. Then, Ruddiger attacked the Saporian leader, saving Quirin. He was injured and Varian rushed to his side, screaming murder to Andrew. The next thing she knew was the full moon showing from behind the clouds, a piece of blue crystal embedding in the boy’s chest, his deadly screams, light and powerful wind.

Then, everything stopped and she was terrified to see Varian encased in the black rocks, frozen in painful cry. But before her mind could catch up, there was another explosion. When the smoke cleared, Varian was standing free right where his rock prison was just moments ago. But there was something wrong about him. His eyes were hollow, shining like the moon, his hair flying over his head, luminescent blue.

Andrew seemed to know what was going on and told the boy to attack. But, instead, the alchemist attacked him, encasing the man in the black rocks. Then the crazy Saporian woman came and tried to attack Varian, only to meet the same fate as her leader. After that, was the chaos.

People started screaming and running wildly, terrified of the boy’s powers. And Varian… he smiled (but not the normal smile, his smile was evil, impossible to happen, taking half of his face) and shot after them.

She felt her head hurt as she stood petrified, trying to make sense of the situation. But no matter how much she tried, she just couldn’t.

“Rapunzel, watch out!” Eugene shouted and barrelled into her, sending both of them rolling to the ground.

She looked back to where she stood, noticing with horror a trail of black rocks, ending with another encased victim. She scrambled up, terrified.

“What’s going on?” She heard Pete scream, as he jumped away from another barrage of rocks, chasing a person.

“Sunshine, we have to hide.” Eugene’s voice was urgent. She nodded and let herself be led away, running to find some cover.

They barged into the most stable-looking house, meeting startled gazes of the villagers.

“Princess Rapunzel!” Someone gasped and her eyes found a large figure standing protectively in front of the villagers. At her sight, he relaxed and dropped his sword.

“Quirin…” She breathed, only now noticing they’ve taken refugee in the village leader’s house. “I am so sorry for intruding, but…”

“Don’t worry, Your Highness.” He shook his head, the sword hanging by his side. “It’s… it’s not safe outside.”

There was more shouting from behind the door, and more people poured in, flanked by the guards. Rapunzel was thankful Quirin had a big house and most of them could fit in.

Captain walked in last, taking a watchful look outside, before closing the door and looking around.

“Can someone explain to me, what’s going on?” He ordered, his voice angered. His eyes landed on Quirin and he frowned.

“Well, obviously the kid has got some weird Cassandra-like powers now.” Eugene spoke, trying to ease the atmosphere. He failed.

“I always knew the boy was trouble.” One of the villagers huffed, others expressing their agreement. Quirin looked truly pained, hearing how they spoke of his son, and knowing they were mostly right.

His gaze landed on the small grey form, cuddled on one of the armchairs. Ruddiger, bless the Sun, was alive, only badly injured. The raccoon was unconscious, one of the villagers thankfully had enough good will to bandag the injury.

“Quirin…” Rapunzel approached the man and put a hand on his large shoulder. “Do you know what’s happening to Varian?”

The man looked uncertain for a moment, before sighing.

“It’s my fault.” He finally said, head dropping. “I was there when King Edmund tried to destroy the Moonstone. I thought the explosion of power didn’t affect me, but somehow it must have been moved to Varian when he was born. His blue streak… it’s the symbol of those powers. We didn’t want him to hurt anyone, so we managed to lock his powers away.” He brushed a hand through his hair, unsure how to continue. “I… don’t really have an idea, how he managed to get them back. He wasn’t supposed to.”

“I might have the answer to that.” A sudden voice spoke up and everyone turned to see Cassandra sitting on the windowsill.

The guards reacted immediately, surrounding her and drawing their swords. She sighed and lifted her hands in a ‘I give up’ motion.

“Look, I don’t want to fight you… Any of you.” Her eyes landed on Rapunzel for a single second, but she looked away quickly. “You can deal with me later, I won’t run away. But I believe we all have a bigger problem to handle right now.”

For a few moments it was silent, everyone holding their breaths. Then, Captain let out a deep sigh and motioned for his soldiers to stand down.

“What do you know, Cass?” Rapunzel stepped closer, cautious of the other’s every move.

“It’s Zhan Tiri. She somehow found a way to release his powers.” The woman replied, shrugging. “I know it might sound crazy, but that demon is real. She’s the reason I…” Her voice subsided mid-sentence and she looked away. Rapunzel understood.

“If he has the same powers as you do, can’t you do something about it?” Stan questioned, some of the people nodding. “Like, control the rocks or something?”

“Don’t you think I’ve tried?” She grit her teeth in irritation. “Look, his powers are inborn. Which means he’s much more powerful than I am. I can’t do anything to stop him.”

“So what? Are we supposed to wait here until he gets to all of us?” One of the village women snarled and Cass cocked her eyebrow.

“I don’t know if any of you noticed, but none of Coronans was attacked or injured.” She pointed out. “Last time I checked, he only went after the Saporians.”

“So you mean… he’s on our side?” Another villager asked, unconvinced. Oh boy, no wonder the kid had it bad. With that kind of neighbours?

“I don’t mean anything. I just said what I saw.” She stated and looked around. “But I also believe he doesn’t really know what he’s doing. So it might be a good idea to stop him.”

“I… I can try talking to him…?” Rapunzel suggested, tugging on her hair nervously. “It’s worth a shot.”

“Let me come with you, Princess.” Quirin offered, his face stern. “Varian is my son and my responsibility.”

The blonde smiled and nodded. She could use all help she can get. She turned, facing the door, a resolve in her heart. She will bring him back. She has to.

Varian, jokingly: I should have Hugo kill you for that.

Hugo, walking into the room: Who do I need to kill?

Varian: Wha— No, I was just playing around.

Hugo, pulling out a knife: No, who’s bothering you?

While following the black rocks to the Dark Kingdom, the caravan is attacked by bandits, injuring Eugene.

Rapunzel does not take it well.

What are you looking at, Cass？⊙ω⊙ You are smiling. 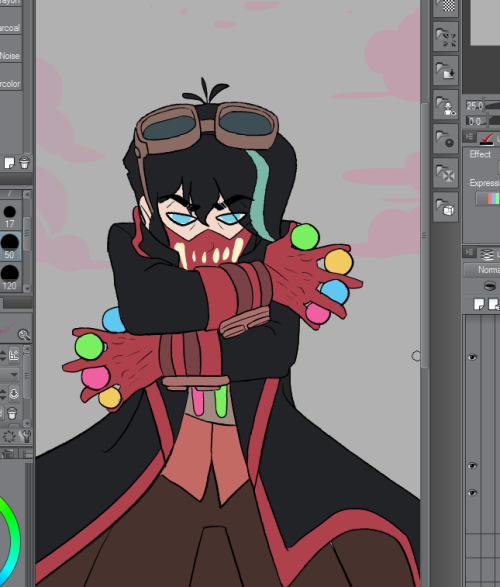