It’s been awhile but guess who still isn’t over the PLL finale. Yeah, me.

Months later, I’m still excited every day that I knew that twincer is Uber A from the start. 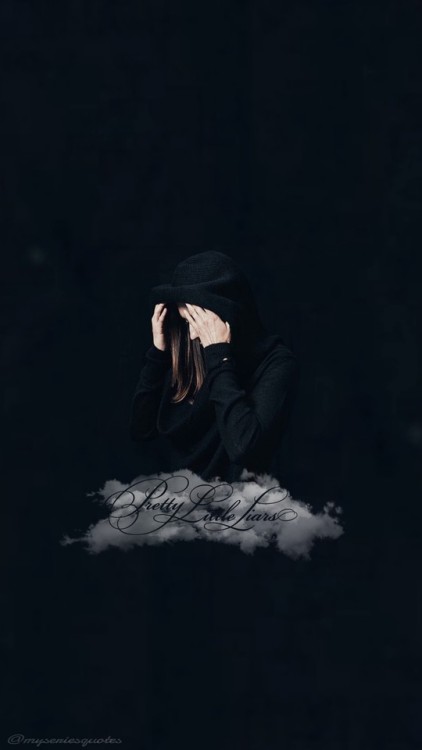 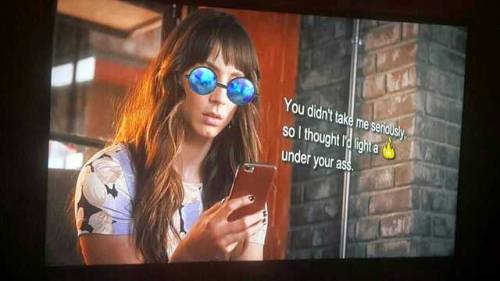 If we go by how Alex retells the details, She apparently took over after CeCe never returned to her. Which means she vaguely was involved in the game up until CeCe’s death. So she could not have been Uber A if Uber A was supposed to be basically the “mastermind” of it all. The one who took the game from Mona. So… CeCe Drake was always Uber A? I am still a bit confused on that matter…

People who watched PLL and had to wait for years to find out who “A” was are the only ones that will understand the struggle. Now any bitch can watch the show and google who “A” or “Uber A” or fucking “A.D” is. We’re the original squad. We deserve a medal & leather jackets and we should form a gang.

So the finale is tomorrow and I’m going on vacation at the same time the show will air. I can’t believe I am literally going to miss it what should I do omg

In 1995 Spencer Hastings was born inside Radley Sanitarium by Mary Drake, however Mary had a second child and she was either in so much pain and drugs that she didn’t remember the second child or she was forced to keep it a secret at the beginning and it could be both. This second child is identical to Spencer just as Mary is to Jessica. Since Mary was a twin it’s more likely that she would also have twins. Now what happened to Spencer’s Twin is a mystery but several things could have happened and the most likely is that Jessica or someone else didn’t want Mary to care for a child so the second child stayed in Radley. This would mean that as Spencer’s twin grew up it was unknowingly beside her mom, or at least near here. Now in several seasons especially in Season 3 we see the nursery yet throughout the show there is no sightings of any young children that would have been young enough to use the nursery, unless it was used by someone like Spencer’s twin. Starting in season 5 Troian started to wear wigs because she didn’t want to damage her hair. The writers could have also used this change in style to start suggesting that she might have a twin. In Season 7 Ezra spots Spencer and Wren having a conversation at the airport and Spencer asks him to keep it to himself. Now earlier in the episode we see Spencer worrying about Mary Drake and in fact there were only a couple scenes between her storyline with Mary and the one when she is with Wren. Therefore, I don’t think the Spencer that is at the airport is actually Spencer I think it’s her twin. I think the twin is trying to get more intel as she advances the game. In the finale Promo we see Mary take a hard jab at Spencer knocking here to the floor, we also see Mona in a hoodie slap Spencer, and another Mona scene where she is talking to someone who is most likely Uber A in Radley. Mona in the Radley scene says “I never would have guessed it was you”, she is most likely saying this during her stay in Season 3. Since the twin was probably already in Radley it was easier for her to gain access to Mona. Mona told her everything just like she did with Cece. Except Mona got delirious like she did when she thought Cece was wearing a red coat, and just assumed that Spencer who she had attacked months earlier was actually the new A. In fact it was the twin instead who was the puppet master and she used her identical resemblance to Spencer to help her gain information. Now back to the promo I think Mona and Mary hurting Spencer is because it isn’t Spencer it’s her twin and the best evidence I have for this is Sasha was asked about certain moments in the promo and she told as much as she could, she said that we would agree with Mary hitting Spencer. In the last episode Mary saves the Spencer and the girls from a murder charge by taking the rap, and takes burden for her daughter, so then why would she be hurting her in the next episode. I think it’s because she’s attacking the twin since the twin tortured and attacked the girls. The same goes for Mona she just wants to be apart of the group and protecting them from Uber A is a great way to do that. Spencer’s twin is torturing them because Mona and Cece got her addicted to the game, the game is probably the only enjoyment the twin has ever gotten and being able to mess with the sister who got what she wanted probably makes it better. So there you have it I believe Spencer’s Twin is Uber A 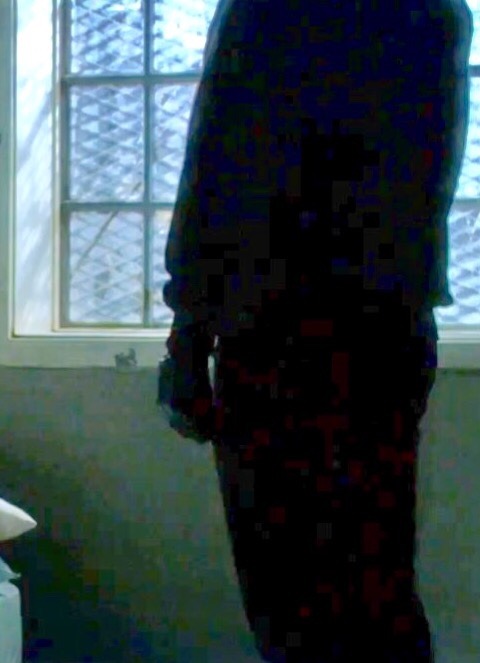 #pll, #pretty little liars, #pll 7b, #who is a, #uber A, #Pretty Little Liars, #rosewood
3 notes · See All
princessraquelitaText

Remember “I hide in plain sight”? AD was so adamant about not wearing the hoodies anymore but now they are? I would like an explanation. That being said, I prefer the hoodie to the tacky masks

Many clues in S7. The scene with Hanna and Spencer when Hanna was abducted in 701, the 710 scene with the Toby kiss, the 715 Airport scene with Wren and the 718 Spoby scene.

Was revealed in an interview that he is involved in the final twist of the show. Was in cahoots with Charlotte/Cece when she was A. Uber A/AD is avenging Charlotte’s death and is doing so by playing the game. Wren was helping Charlotte play the game whilst she was in Radley by probably helping her get in and out without anybody knowing.

Has been mentioned several times that she has some sort of connection to Charlotte that still hasn’t been fully discussed, she has reason to hate the girls including being involved in Ian’s death which caused her to loose her child, she’s been a part of every big thing that happened on the show, she’s been MIA for a while which could be due to her playing the A game.

We’ve been led to believe that Jessica was the evil twin but what if this whole time it’s been Mary. Uber A is avenging Charlotte and it makes sense that her mother would be avenging her.

5. Someone with Split Personality Disorder

Mental illnesses have been spoken about a bit on the show and it could make sense that one of the characters on the show could be Uber A and not know it because their other personality is in charge of it all. Marlene said that the actor playing Uber A was told a couple episodes prior to the finale so that they could do research. It would make sense if the research was to read more into the part their playing of someone suffering a mental illness.

This show is killing me! & I have a new theory, that I dont know if anyone has ever metioned and also there are a few pieces missing but still I want to get it out. I never ever believed that Ezra is A or A.D. However, there are a few things that I don’t understand. Firstly, we know he is an excellent liar. In the first ever episode of PLL Ezra acts super surprised to see Aria in the class room and he says the ‘holy crap’ unintentionally. But why? He freaking knows who Aria and the other girls are. (I do think that he has a split personality) Also why is it that Ali and Ezra act like they dont know eachother. He wrote a book about her. They have history.. They all choose to ignore that. They were romantically involved in the past and even though Marlene at some point said that Emison is going to happen, I cant stop thinking that Ezra and Ali are going to be on the A.D- Team. Secondly, why does someone need to stalk someone, have a secret lair, watch the girls 23/7 for a effing book? You had a good storyline, why not just go with it and let your fantasy work a little. It seems so odd to me. I really think that he has some kind of mental disorder. Split personality and anger issues are a part of the disorder. I think that he got to know Ali at some point and fell in love with her, maybe even get too much obsessed with her. The stalker that took photos of her and the girls was probably him. I think she made a mistake and slept with him, which caused him to obsess over her more and more. After time, she wanted to get rid of him but he wouldnt let that happen and Ali started to get scared, so scared that she did not have another option than to run away and later fake her own death. Ezra, after finding out about her death, did not want to believe this and probably thought that the other girls knew where she was and started to get involved with them and met Aria and took the opportunity to date her to get closer to the girls. After Ali reappeared in Rosewood, Ezra felt so betrayed that he wanted to take revenge (Also possible: he thought that he needed to get back at the girls for forgetting about Ali so quickly) At this time, he knew about Mona being A and was fascinated by the idea of torturing the girls and decided to play the game. In the process of trying to get revenge he met so many new people: Mary and Cece Drake, Wren, Charles etc etc. They are all on his team because he made them believe that it was time that they finally get the life they deserve. So Ezra with the help of his friends decided to build board game and the dollhouse (there is a scene of the boyfriends trying to track down the girls and Ezra really get angry, kicks the wall and stuff; the reason behind that is probably because one of the Team kidnapped the girls without the knowledge of A.D) And so on. Ezra now got to obsessed with the game that he cannot stop. Probably his love for Ali faded or one persona of his still loves her while the other persona is in love with Aria, idk haha. But what do you think????

If Uber -A is someone ‘back’ from the dead I will scream.

It’s most likely a twin.

Brendan said hints since around season 2. The First Secret is in season 2 and on Ali’s wall is the twins quote with the two pics of her; plus the pic of Sasha with like short hair that Marlene posted that said there will come a day and all the twin clues.

If that happens I’ll be annoyed cause they just did the Mary drake twin storyline but I suppose it’s better than Charlotte popping up like surprise bitches I’m alive.

I think if it was Spencer’s twin I would be satisfied because it’s the one thing I could see making sense.

I don’t know why y'all are trying to watch previous episodes and figure out who A.D. is as if the writers are actually going to have it make any sense at all 😂 come on folks you know better

If A.D. turns out to be Paige I SWEAR I’M KILLING THE PERSON RESPONSIBLE FOR THIS