drown him in the pantagne

how do i know this? she told me herself (nyah) 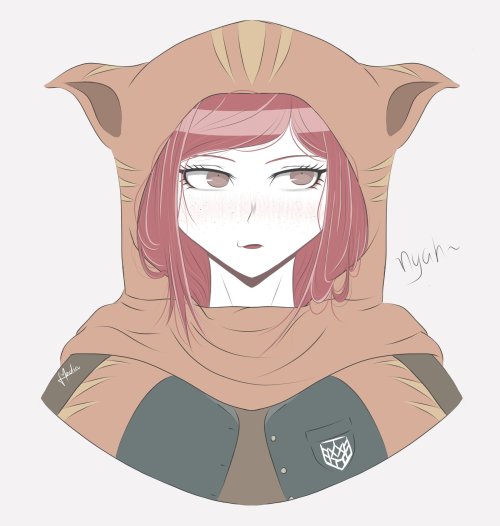 *cocks gun* ur fav rarepair and some headcanons for them. hand it over.

incest and pedophilia are not allowed, and neither is discourse. both will be deleted as soon as i see them. other than that literally go wild.

This is going to be a remaking of a execution. In more particular I’m remaking Gonta’s execution as one its not as near brutal as it could be and its all too similar to the 1000 blows if you really look at it. So lets go.

TW: HAS VERBAL DEGRADATION, THE OBVIOUS MENTION OF BUGS, AND MENTIONS OF SUICIDE

Gonta is in what looks like a dining room area with his biological family and adoptive family at the table at different sides.It sounded like they were talking about Gonta. He had a itchy feeling all over him under his skin. They began to start fighting over him saying that Gonta wasn’t meeting their expectations and that he wasn’t a gentleman. The itching feeling grew and he felt a scuttling feeling under his skin that moved from his abdomen to his chest. Both families began to get up and fight each other. Gonta tried to stop them but the scuttling feeling moved to his hands and feet keeping him from moving to stop his family. The families looked at Gonta and moved towards him.  They started to degrade and belittle him say that he was not their son, that they would never get along and connect. That Gonta would never be like them or be a true gentleman. The sadness and despair that Gonta felt was interrupted by a feeling of something crawling up his throat. A dozen large black and white bugs covered in blood crawled outta Gonta’s mouth. His family started to degrade him even more wishing that he was dead and that they wish that he wasn’t born. This made the bugs grow in size. The insects began to eat the his family alive but he could barely keep conscious as he lost blood to see what happened. Finally one of the largest bugs came towards him and ate him.

Do people still rp on tumblr?

keebo doodles bc i love him

shuichi: we just had a ban on overly long nicknames at my school. and everyone’s staring at rat snitch ouma the good time ruiner. 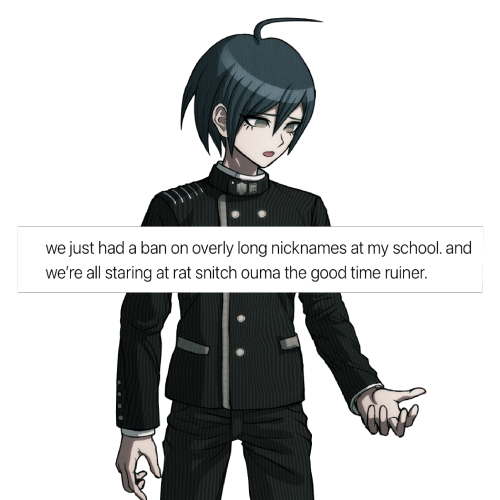 of course anon! i am not the best at headcannons, so sorry if this isn’t that good ! <3

i generally can’t see tenko in any nsfw situations, so sorry i couldn’t include that!

himiko yumeno who misses her gf kaede moodboard for himiko,,!

Tenko and Hina are best friends, no I will not be taking constructive criticism today 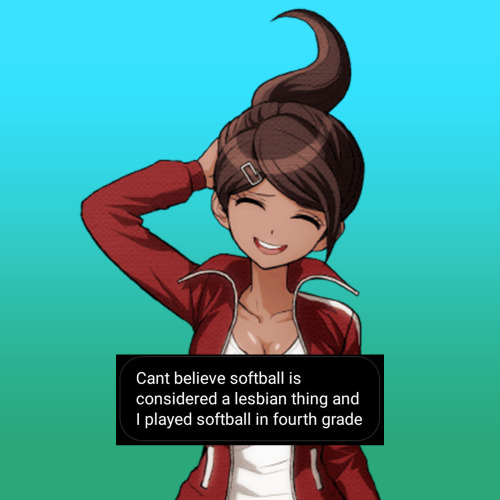 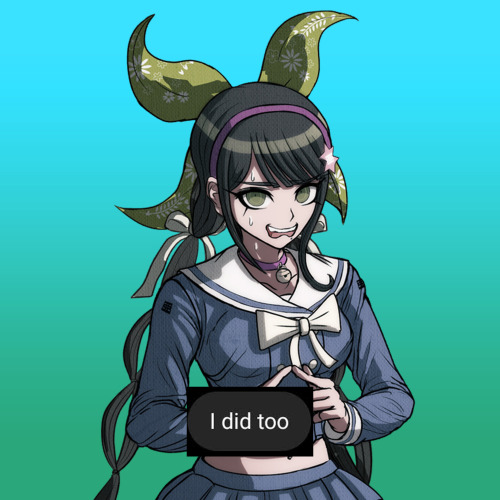 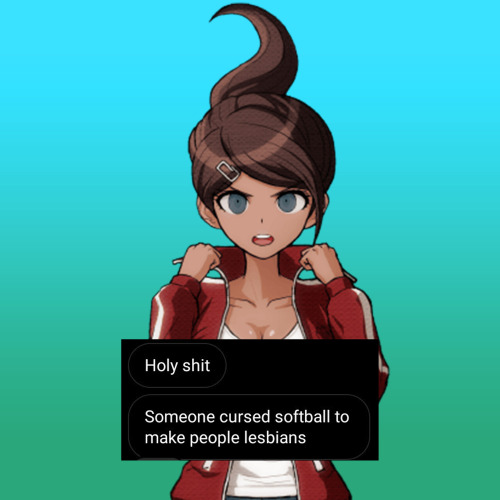 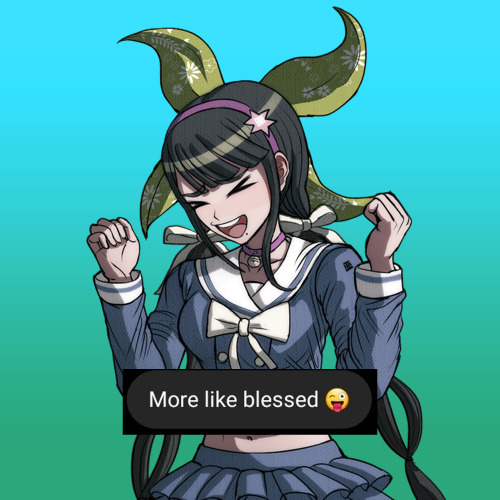 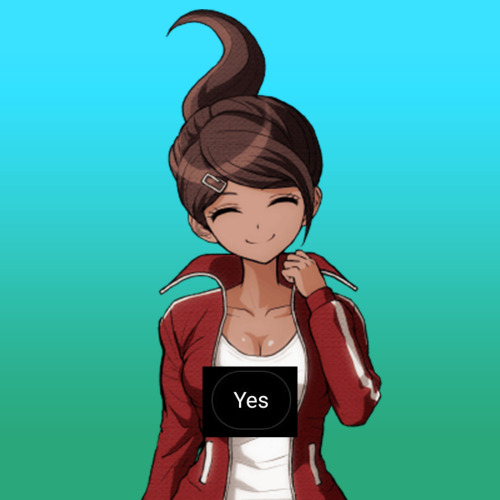 OKAY YALL yknow the fic i was talking about in my last two posts, i’ve decided i am gonna do other friendship and ship POVs woop woop
i did say it was gonna be out by the weekend on ao3 (COUGH COUGH my user kaimaki COUGH COUGH) but i’ve been procrastinating which is an f
i might be able to get the kaimaki chapter out today but you’ll have to wait for the others :((
okay n e way goodbye for now - i’ll keep you updated on the situation n let you know when everything releases mwah ilysm <33