Trending Blogs
#valentine’s day
natepatChat
Nate, jokingly: got any plans for February 14th?
Matt: I’m glad you asked. Me and Skip have planned a galentine’s brunch
Nate:
Matt: We’ll have mimosas
#stolen from buckysaidwhat on Twitter, #natepat, #NateWantsToBattle, #matpat, #skip, #Valentine’s Day, #I’m not sure what a mimosa is and I’m too scared to find out
16 notes · See All
whippedcloudsofcreamText

This pandemic has me staying at home in pajamas all day, so here’s a throwback from Valentine’s Day when I got all dolled up.

The Nix Hydra Valentine’s treats orders are finally being shipped out! Got my shipping confirmation email today!

#i bought one for nadia im EXCITED i have no clue what theyre sending, #the arcana, #text, #personal, #valentine’s day
2 notes · See All
oldladyknitterText

All my holiday hats so far

“Akaashi needs to confess before Bokuto graduates. He’s running out of time.”

#Haikyuu!!, #Akaashi Keiji, #Bokuto Koutarou, #getting together, #Confession, #valentine’s day, #Fluff, #BokuAka, #Akaashi Keiji x Bokuto Koutarou, #Ficrec, #Fictionrec, #Fics rec
8 notes · See All
iant0jonesAnswer
(pt1) Jack and Ianto had plans for Valentine's day, but the rift kind of ruined those plans so they decide to rain check a couple days later. Ianto was pretty nervous when it was like. a V-Day date. cause that's just. so romantic and he and Jack Aren't Like That. but now it's kind of like... less pressure. Jack of course, loves any thing to do with romance. V-Day is like. his FAVORITE holiday (i mean other than christmas. c'mon.) He just loves showering his partner in sappy gifts and love

(pt2) Ianto got flowers on V-Day, but he gets another big bouquet of roses. And everyone just. won’t stop talking about how cute it is and Ianto’s starting to feel the pressure again. Jack meets him up at the tourist office to see if he’s ready to go and he can just tell that Ianto’s freaking out and instead of taking Ianto to that fancy restaurant, he decides to just cook Ianto a meal and watch James Bond. Ianto knows Jack canceled the date and he feels bad but he’s kind of relieved too.

Can we please all take a moment to appreciate the ending of Crazy Ex-Girlfriend?

(nsfw and related do not interact)

Book Quote Wednesday | The Sun is Also a Star

Synopsis | Natasha: I’m a girl who believes in science and facts. Not destiny. Or dreams that will never come true. I’m definitely not the kind of girl who meets a cute boy in a crowded New York street and falls in love with him. Not when my family is twelve hours away from being deported to Jamaica. Falling in love with him won’t be my story.

Daniel: I’ve always been the good son, the good student, living up to my parents’ high expectations. Never the poet. Or the dreamer. But when I see her, I forget all about that. Something about Natasha makes me think that fate has something much more extraordinary in store - for both of us.

The Universe: Every moment in our lives had brought us to this single moment. A million futures lie before us. Which one will come true? 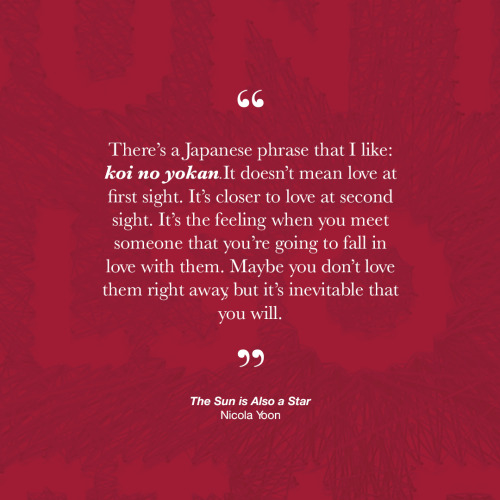 My mom sent me a Valentine’s Day package that included Skittles that are meant to be given as Valentine’s, which meant it had these stickers in it.

I feel like throwing them away is a waste, but I also have absolutely no idea what to do with them, so if anyone has any ideas, please let me know.

Ouch! The disappointment on Penny’s face…

Wow! The smug on MC’s face.

I might have cried some happy tears. Imagine the heart actually breaks into pieces when MC breaks Penny’s heart and he has to mend it.

Kou wants to give you something ❤️

Penny is a planner. Remember the Celestial Ball?

Freddie: If this isn’t love, I don’t know what is.

:D!!! Made this around Valentine’s Day!!!💖💘✨✨ This is my fairy oc, Alani!! You’ll probably see her a lot here XD✨ Don’t have a Valentine? Then Alani will definitely make sure you’ll get all the cuddles and kisses you deserve >w<!!!! 💖✨✨

MC is dead. So dead.

This is so Disney!