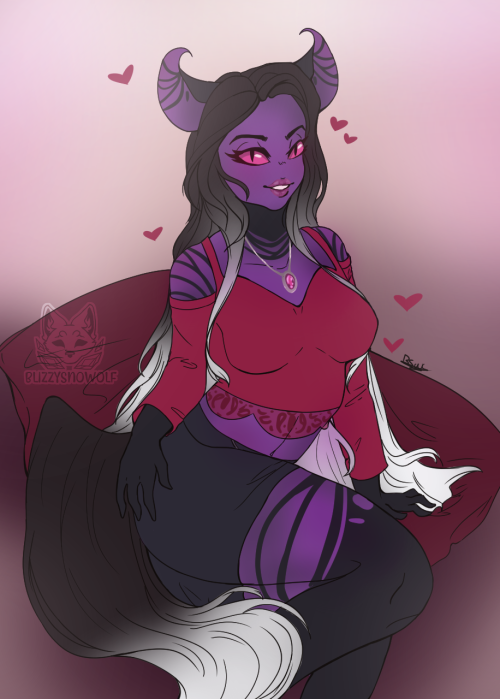 “Fleshy, with just a hint of leather. A fine vintage.” 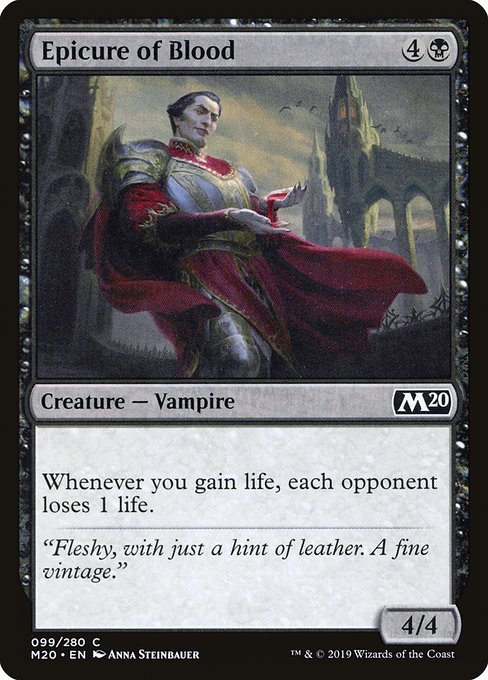 I don’t think I’ll ever properly finish this, so why not post it?

I had thoughts a while back, and for some reason brain is in comic mode. 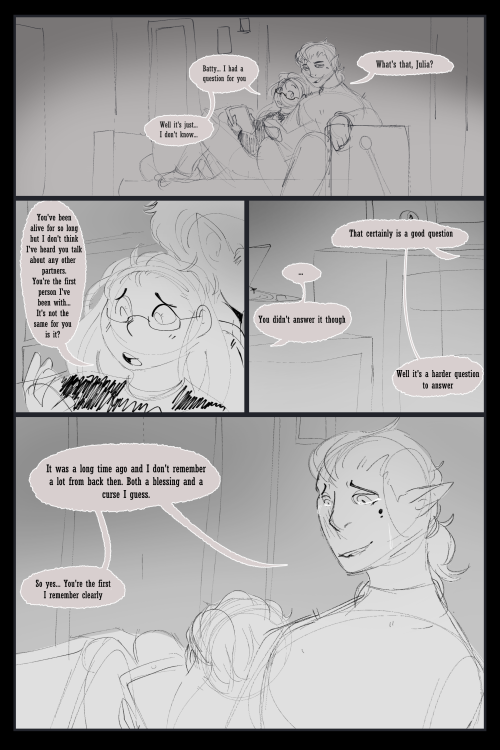 A couple expressions I did to get some practice drawing this guy for a comic I’m working on.

His name is Zander btw ❤ 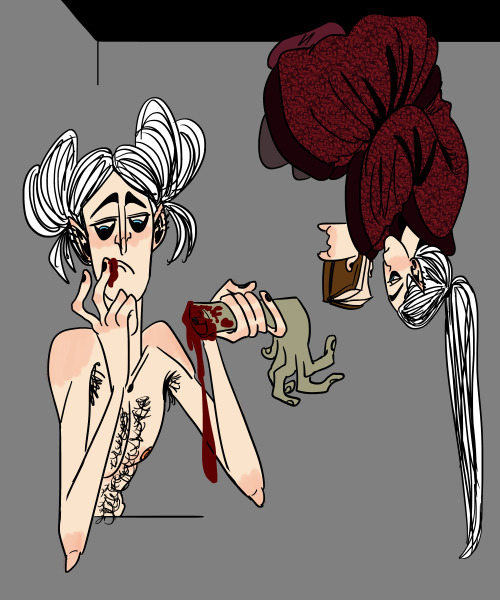 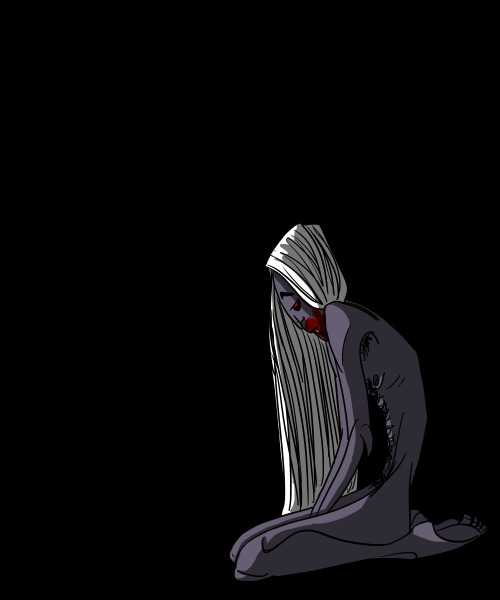 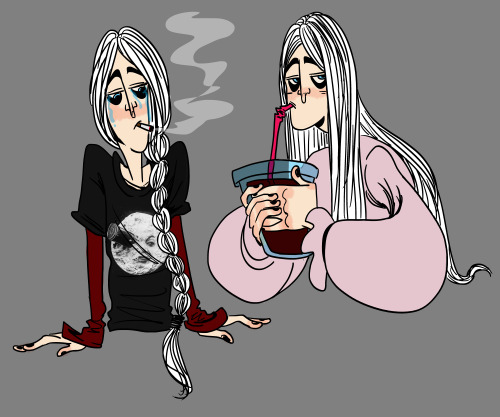 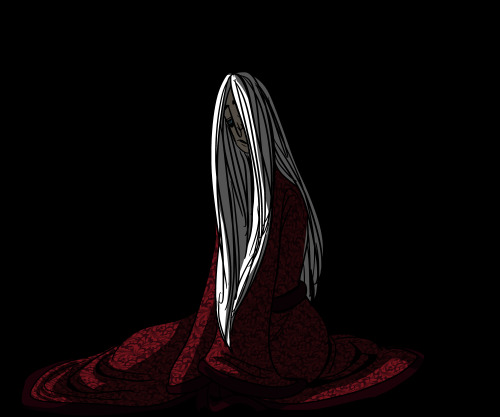 Fin for @powerupemily // Thank you so much// 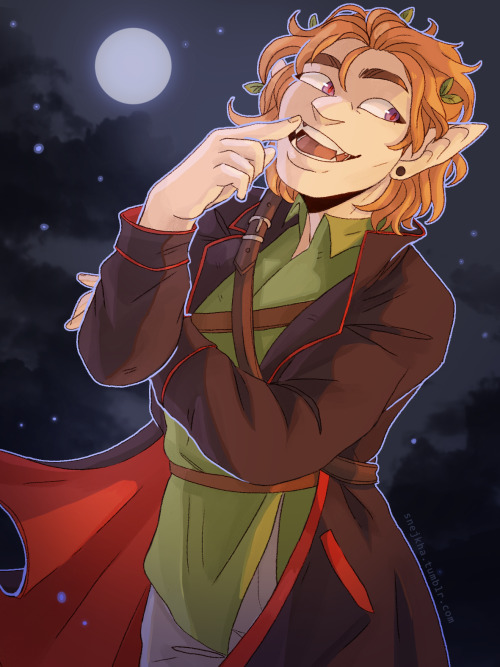 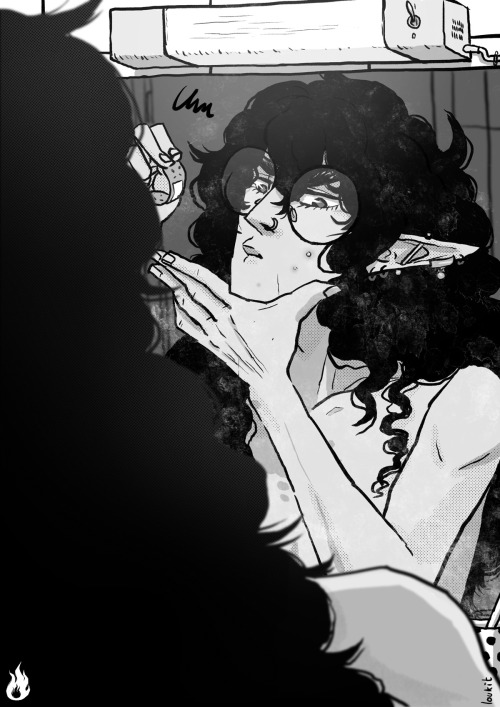 A beauty betrayed by the world. Cast out into the dark where she curses those who were unfaithful. Lilith brings with her old terrors and creatures of the dark as she is unleashed into the night. The Lilith collection on Rogue+wolf is an extremely unique and beautiful set.

Here’s a special discount code for 10% off: RWDXMEI91

Just watched The Little Vampire 3D and it’s very much so a movie….

helo today i am going to be talking about daddy papi sexy icon Damon Salvatore. I know im fucking obsessed but this man makes my ovaries explode so i need some way to let it all out so here i go

his eyes omfg his eyes he could stare at me and i would melt his bright blue eyes i already am quite a fan of pretty eyes but his eyes ive been obsessed for a very long time like wtf his eyes are so seductive and for what why do you do this to me huh damon why oh why HIS eyes omg when he looks at elena is with such care and love, id PAY for him to look at me like that HE COULD STOMP ON ME AND ID SAY SORRY AND THANK YOU ok now his little smirk oml when he did something bad he’d do his little smirk and i know it’d be very sociopathic of me to actually enjoy that but why the fuck did i get turned on by that why is he such a sex icon big dick energy is radiating I COULD LITERALLY BE WATCHING A SCENE OF HIM AND ELENA FLIRTING CASUALLY AND I’D BE SWEATING THAT WOULD FILL A WHOLE OCEAN I’D NEED TO PAUSE AND TAKE A BREATHER BECAUSE THAT MAN IS TOO MUCH FOR ME.

OMG THESE SCENES WERE SO EXCITING FOR ME, ID PAUSE AND JUST ADMIRE THE ELEGANT BODY OF THIS SUCH MAN AND THERE WERE SO MANY BATHROOM SHOTS OF THIS MAN HAVING A SHOWER LIKE I DONT BLAME THE DIRECTOR REPEATING THIS SHOT

WHY YOU SAY?? I MEAN LOOK AT HIM ITS NOT FAIR CAN I BE ELENA

OK NOW IVE DONE A LOOKS ASSESSMENT. IT IS OFF TO DO A PERSONALITY ANALYSIS BECAUSE HE COULDVE BEEN REALLY HOT AND HAD A DEAD PERSONALITY like matt (sorry matt ps i still love you) but no damon has not let me down with his personality so lemme talk about that

OK THIS IS JUST mf fragments to his smart ass humour but omg this guy is carrying the show with its humour, i find humour extremely attractive so him just being a little devilish sociopathic smart ass bastard boy is all i ask for and it was received, stefan is great lemme tell u that but one of the reasons its damon>stefan for me its maybe because i prefer playful characters who can quit the intensity and actually have fun so yea personal preferences come into this

my boy is very emotional, hes a vampire yada yada but he hasnt flicked the switch off of his humanity hes still a ball of fluff who tries to cover it up with spikes so he seems tough but some sad scenes you can see right through him like some above. The first one is him letting things pile up over and over again and its killing him in the inside hes such a cinnamon roll and all he needs is a hug and someone to tell him hes gonna be alright…can i plz volunteer to do that ✋

the second one was a scene that made go waaaaaaa and tear up because that was the scene when he was opening up about how he wants and loves elena but shes not hers, shes stefans around then. The fact hes showed as some type of dickhead but he could be rlly douchy and literally just steal her away from stefan but he doesnt because shes “brothers girl” aaa hes caring and it hurts how much he does and his sad scenes hurt, hes not bad hes just very broken inside.

one of the reasons i love about him is that hes just so mf honest which is ironic because around s2 its just elena calling him a liar anyways hes honest with a lack of apology which i feel like would be extremely necessary when theres a flock of bad guys always at your doorstep, sugar covered words aren’t needed tbh thats where his honesty comes in

i stan alarics and damons friendship theres so mf honest with eachother, alaric could be getting emotional about his relationships and this man could just go “but they’re dead.. *sips tea* ” hes so unbothered theres something attractive about it

anyways im extremely attracted to intense romance rather than cutesy lovey dovey, this guy ticks the box for intense hes so mf sexy with like one touch can u explain this science to me BECAUSE THIS GUY SCREAMS SEX WTF AND I HAVE NO IDEA HOW ELENA CONTROLS HER SEXUAL DESIRES BECAUSE BITCH U SURE DO KNOW I’D DO ANYTHING THIS BASTARD WOULD TELL ME TO DO ANYWAYS THERE WAS THIS SCENE WHERE ELENA WAS WORKING OUT AND THIS GUY WAS TOUCHING HER RIBCAGE OR SOMETHING AND THE HEAVY BREATHING I’D PROBABLY FAINT IN HIS ARMS BUT THIS WOMAN HELD IT TOGETHER CAN HE PLZ TAKE ME ADOPT ME ILL LIVE IN UR HOME I’LL LIVE IN THE TINIEST PLACE IN UR HOUSE I DONT MIND ME I JUST NEED TO BE GRACED BY UR LOOKS the intensity is legit like fire to the skin, i blush and scream for elena im a literal pterodactyl screeching when he comes on screen with him naked and one towel covering his big dick i would write the director a mf big ass letter to persuade him to let damon walk in with no towel pls i beg cmon u can do it i know u want too

“fault” is a difficult concept

Drinking wine and pretending you’re not a massive baby 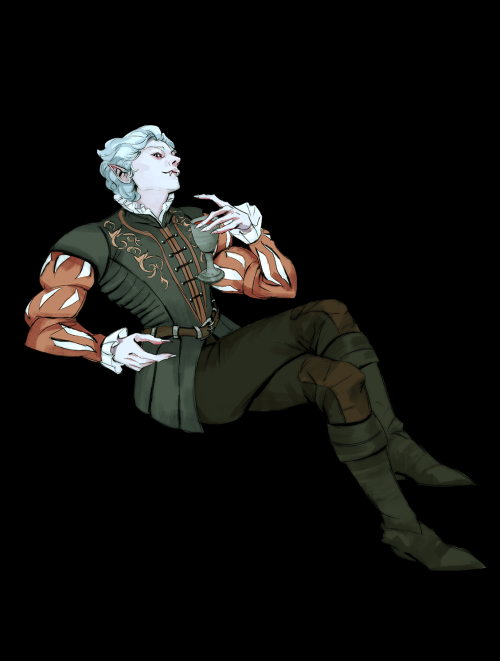