Can’t wait to use this!! I started eating the pre-cut grapefruit from WFM this year but I’ve never purchased whole grapefruit. Time to start cutting my own! I like eating them with sea salt 😋

someone who profits from exploiting animals will never have their best interest in mind, i dont know why this is considered a controversial statement

#veganism, #mine, #animal agriculture is based on animal suffering, #and no matter how ‘humane’ it is still a prerequisite
0 notes · See All
chelseaisaveganText

4 Things That Happen When You Stop Eating #Meat

1. You’ll reduce inflammation in your body.
If you are eating meat, cheese, and highly processed foods, chances are you have elevated levels of inflammation in your #body. Chronic inflammation has been linked to the development of atherosclerosis, heart attacks, strokes, diabetes, and autoimmune diseases, among other conditions. In contrast, plant-based diets are naturally anti-inflammatory, because they are high in fiber, antioxidants, and other phytonutrients, and much lower in inflammatory triggers like saturated fat and endotoxins - toxins released from bacteria commonly found in animal foods.

3. You’ll dramatically reduce your chances of getting type 2 diabetes.
An estimated 38 percent of Americans have prediabetes—a precursor to type 2 diabetes. Animal protein, especially red and processed meat, has been shown in study after study to increase the risk of type 2 diabetes. In the Adventist population, omnivores have double the rate of #diabetes compared with vegans, even accounting for differences in body weight. In fact, in this population, eating meat once a week or more over a 17-year period increased the risk of diabetes by 74 percent!

4. You’ll get the right amount—and the right type—of protein.
The average omnivore in the US gets more than 1.5 times the optimal amount of protein, most of it from animal sources. Contrary to popular perception, this excess protein does not make us stronger or leaner. Excess protein is stored as fat or turned into waste, and animal protein is a major cause of weight gain, heart disease, diabetes, inflammation, and #cancer. 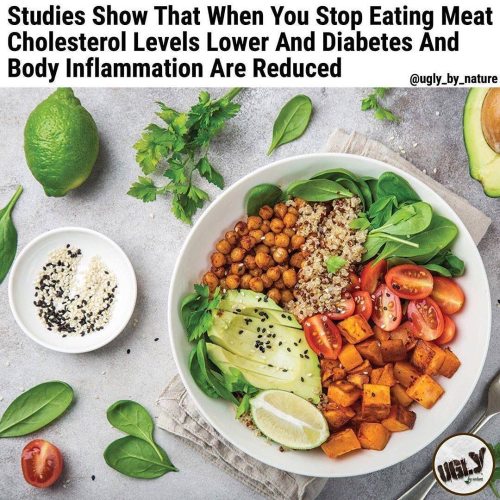 This was our breakfast today.. oatmeal with dark chocolate and strawberries… seasoned with turmeric, black pepper and cinnamon. 👌🏽

For anyone (where there is a Walmart, maybe Asda in Britain) looking for an organic vegan protein that’s not too expensive, this is really good and just under $20. There is vanilla and chocolate flavour.

i cannot believe there are still people in this day and age buying pugs, munchkin cats, scottish folds, and other inbred genetic disasters and having the absolute GALL to be like “well i got MINE from a repudable breeder!!!!!” like bitch it was those so-called “repudable breeders” who got those breeds into the mess they’re in in the first place!!!!!! there’s no such thing as ethical breeding when the trait you’re breeding for is inherently detrimental to the animal’s health!!!! why do i have to keep explaining this!!!!!

#anti breeding, #veganism, #purebred animals are worthless as a concept, #and rooted in eugenics, #mine
10 notes · See All
crazycookingladyText

I was inspired by @rgveganfood and just had to try one of his loaded bowls with fried plantain. I absolutely love plantain but I usually eat it in a sweet dish so this was a bit unusual for me, but it was so good! I fried it with a little salt, pepper and spices, and served it with a chickpea flatbread, beans, sauerkraut, hummus and tomatoes. Absolutely heavenly 🌈 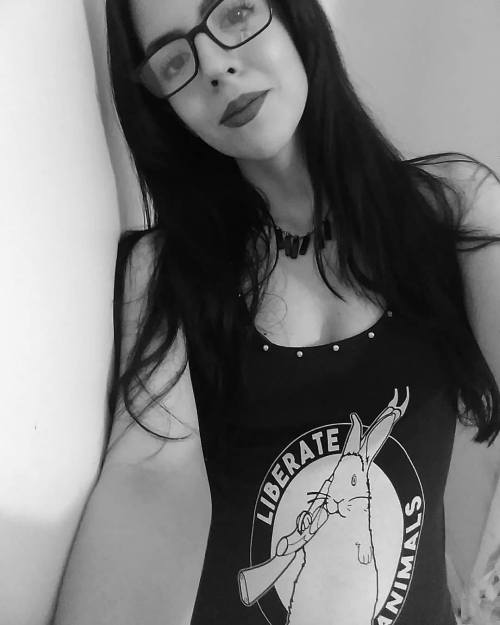 It has been so long since I’ve had this breakfast and I have no idea why because it is seriously so good 😍💕 super thick oat milk porridge, topped with Sainsbury’s vegan white chocolate and SweetFreedom gingerbread syrup (and yes I’m still eating my Easter chocolate)🤗

My clay mortar and pestle arrived, I learned how to open coconuts, I made green curry zoodles tonight and I ordered a personal cup adaptor for smoothie convenience. Really on a path towards eating healthier and more simple 💚

I call it the Woodpecker,

Based on the the love between Princess Leigh-Cheri Furstenbur-Barcelona and Bernard Mickey Wrangler, the Woodpecker

***from MOD Pizza, and inspired by Tom Robbins***

Vegan cheese because I am a vegan, but also for Lsiigh-Cheri’s vegetarian lifestyle

Jalapeños for Leigh-Cheri and the Woodpeckers spicy sex life

Pineapple for the island Mu, where Leigh-Cheri once awaited her rightful throne

Mushrooms and olives for the earthy nature of Bernard

and of course everything Red for the two red-headed lovers

#Nuts provide key proteins and nutrients, good fats, antioxidants, aid in the reduction of cholesterol and help you live longer. Below are some the key benefits of a few different varieties of nuts:

#Almonds
Highest in calcium of all nuts. Almonds are also high in fiber, vitamin E and magnesium. Almonds help lower cholesterol and reduce the risk of heart disease, and can help protect against diabetes.

#Cashews
Rich in iron, high in magnesium (more than almonds), and the unsaturated fat is predominantly oleic acid (the same as in olive oil). Cashews help prevent cancer, promote a healthy heart and strong bones, and also are good for your skin and hair (they are rich in copper). #Walnuts
High in omega 3 fats, antioxidants, and phytosterols. Walnuts are good for your heart, can help protect against cancer, and are good for your brain aiding in reducing depression and the risk of age related diseases, such as Alzheimer’s.

#Hazelnuts (Filberts)
Rich in unsaturated fats (mostly oleic acid), high in magnesium, calcium and vitamins B and E. Hazelnuts are good for your heart, help reduce the risk of cancer, and aid in muscle, skin, bone, joint and digestive health.

#Peanuts
Technically a legume, highest amount of folates compared to other nuts; folates are essential for brain development. Peanuts are also high in Vitamin E. Peanuts promote a healthy pregnancy because of the high folates which help reduce the risk of birth defects. Peanuts also boost memory, help fight depression, and reduces the risk of heart disease.

#Pecans
Although high calories and fat, they are still good for you – especially men. Pecans contain beta-sitisterol which is aids in the relief of an enlarged prostate.
The bottom line is all nuts are good for you… the key is moderation. A healthy handful can lead to good health and longer life. So go nuts! 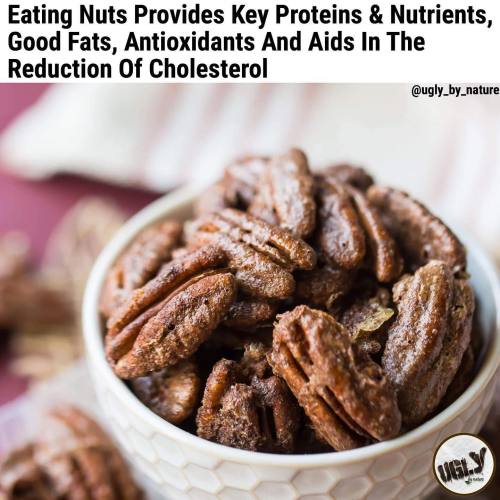 Bubble and squeak, with lemon pepper tofu, cabbage and cucumber.

Mash potatoes once boiled, mix in with onions etc, add about 1/3 of the cabbage. Season a bit more, add some plant milk and plant butter if you want it to be creamy. 😊

Once cooled down, mound into patties and dust with flour, fry in coconut oil a few minutes on each side. If cooking multiple, put on a baking tray and once finished all and put in oven at 400f for a few mins to warm back through.