Some of commissions i did last month.

If you need more reason to cry I’m here:P 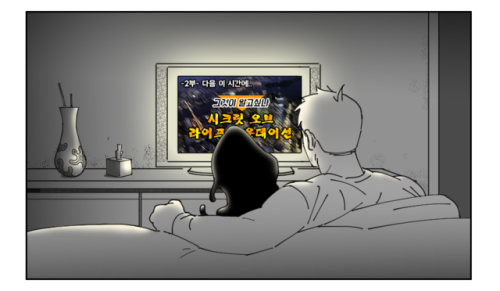 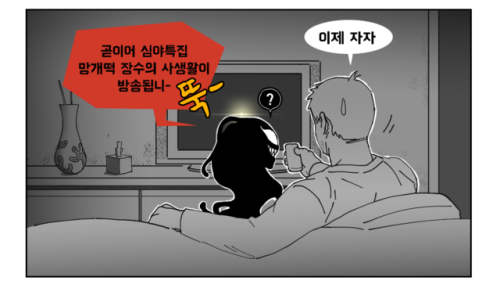 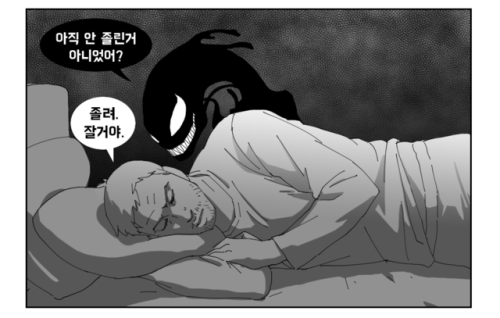 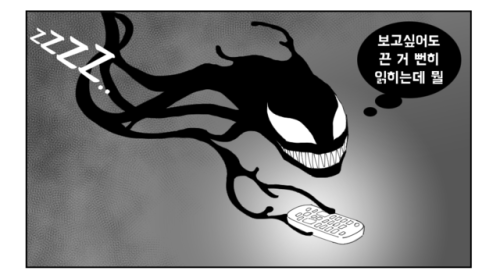 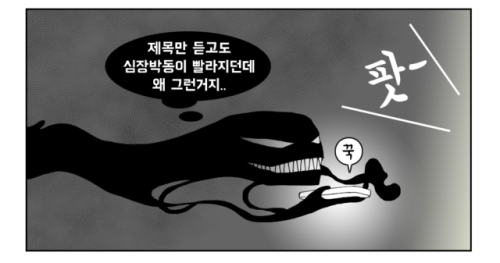 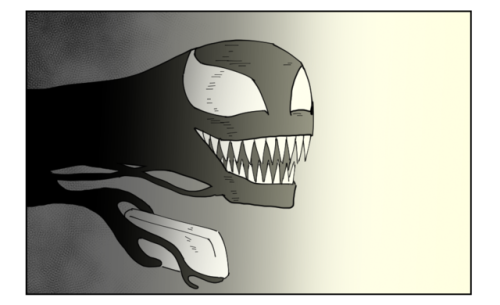 The venom charms arrived and I love them so much!!

Shane is literally Eddie from Venom and nobody can tell me otherwise. 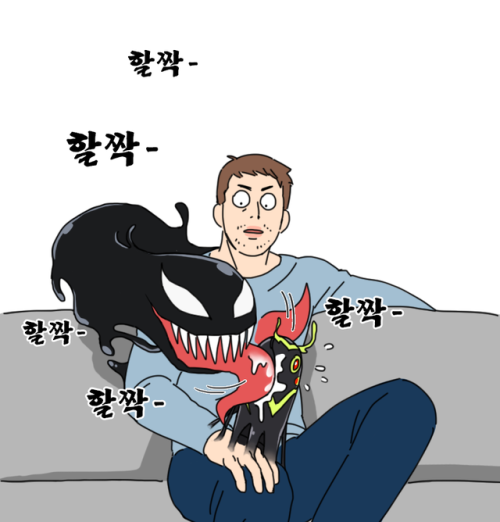 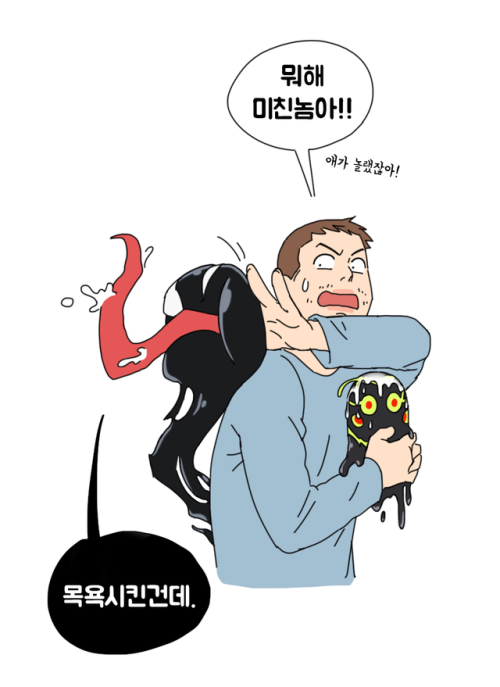 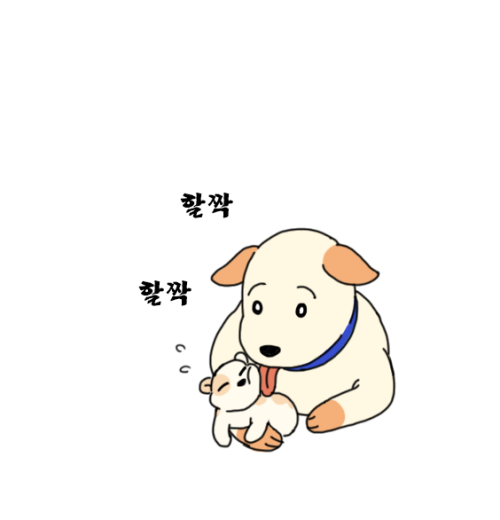 My second Veddie sticker! It was another thing on RedBubble but if you saw my previous thing, it got reported so its gone now.

Maybe I’ll make the sticker myself?

A weird couple discussing about their next meal

Inspired by a prompt from @darkshadow3942

Planning on a part 3, this got longer than expected!

As I lay in bed I could feel His unease. It roiled and twisted inside me like a snake. Our conversation hadn’t done much to ease my mind either. I could not shake the thought that this Eddie, whomever he was might be a threat to the bond Venom and I shared. These years had been the most fulfilling , love filled experience of my life. I began to stroke my left forearm with the fingers of my right hand gently. Almost tentatively, thin inky tendrils wound around my wrist and arm, comforted by my touch. “ You are the dearest thing in life my love” I say to Him. The relaxation is instantaneous, the twisting feeling subsides into a deep warming thrum I feel throughout my body. I think back to the time before Us. I remember how it felt to be in the grips of a loss and I wondered how much the memory of Eddie hurt Him. I thought of how it would feel to lose Him

Jealousy and selfishness should have no place in Us I remind myself as press around the edges of Our memories. I am able to get through Our shared memories quite easily until my probe hits a kind of barrier. “ No secrets” I remind Him as I press further in. His face swims into view with perfect clarity. I hear his name echoed in our memory,Eddie Brock. I had what I needed.

The internet being what it is, I learned more than I expected to. I had expected an investigative reporter to keep better track of his personal info but as it stood it worked in Our favour. Another quick search and we were well on Our way to the Golden City.

After sunset in a big city. I felt distinctly aware of our surroundings and the neighbourhood. Hungry he stated flatly. He’d been in a strange mood ever since we landed. Part hopeful part despairing Our nerves were electric with uncertainty. I hoped He couldn’t feel my misgivings but I didn’t doubt He knew. The bodega was small but had decent selection. I reached for a granola bar on the shelf . Not That he grumbled. I sigh and reach instead for a chocolate bar, More . At his irritated insistence I swipe 5 bars. Laying the cash on the counter I hoped that maybe by indulging Him He’d be happy enough to stay with me. I’d let Him eat and do whatever He wanted these last few days in childish hopes I’d sway His affections. My anxiety turned the chocolate to ash on my tongue. As Our feet found the familiar path around the corner I felt Him buzzing with recognition and perhaps more than a little excitement. I was glad for Him but my worries solidified to a stone in the pit of my stomach. Too slow he growled and I submit to His lead and allow him to travel over the rooftops. I’d grown used to this feeling of power and unity. I hoped this wasn’t the last time.

Standing there in the dimly lit shabby hall facing the door uncertain but certain nothing would be the same. He’s Inside He purred. His excitement was a palpable hum under my skin. I gave three sharp raps on the wood. Open The Door, not a suggestion a demand. “That’s not how this works, we’re being polite” I chided but secretly I hoped this was a dead end. But it wasn’t to be. The door swung open revealing the face I’d only seen in dreams. He regarded Us suspiciously with furrowed brow . “Yeah?” I opened my mouth to speak but Venom beat me to the punch seeping out into the air around me and coalescing into form in the doorway. Hello Eddie He said grinning broadly His head cocked to the side. Surprise colored his face and Eddie stepped back from the doorway gesturing us inside. He just stared at Us.

Sitting on a barstool face in his hands he raised his eyes to mine. “ Tell me again how He found you? Please.” So I told him again, I left nothing out. “ I’m just having a hard time believing what I’m seeing. “ He stood up and paced around Us in a circle , looking us up and down in an appraising fashion.

“ What’s the bond like?” Perfect , Eddie. Almost the same as with you.

“ I thought you only ever had one perfect match?” He said almost reproachfully.

“ Think of it in terms of an organ transplant or a blood transfusion” I said turning with him to maintain eye contact “Not everyone has the same blood type but there’s enough for groups. Only certain people can donate to one another.”

“ Except I didn’t exactly donate him did I?” He said with a trace of a laugh on his lips. I could not get back to you Eddie. V raised my arm toward Eddie and spiralled from my hand in an oily black tendril and wound himself around the man. He’d made his choice and in that moment I felt His exuberance. I closed my eyes, my hands, hearing his intimate inhalation. I felt reduced, small and exposed. A chill came over me though the room was warm. I felt a tear slide unbidden down my cheek. “ I’ll go.” I said turning towards the door. He’d made His choice and I didn’t want Them to see me unravel. “Yeah, yeah right.” He was talking to Him. “Where are you stayin’?”He asked me.

“ Well, this was actually kind of a spur of the moment thing. I didn’t think I’d need to find Us”, I swallowed “I mean, myself a place to stay.” I said without turning around.

“ Well no one is throwing you out. You could stay here. In fact we insist, He’s right it’s not safe out after dark.” I heard him come toward me across the floor. I felt his hand on my shoulder. I stared at the floor.

I felt Venom nuzzle against my left cheek and leaned into it.

“ Alright. I’ll stay.” I met Eddie’s eyes and to my surprise I saw compassion there.

i wanted to draw venom and eddie together 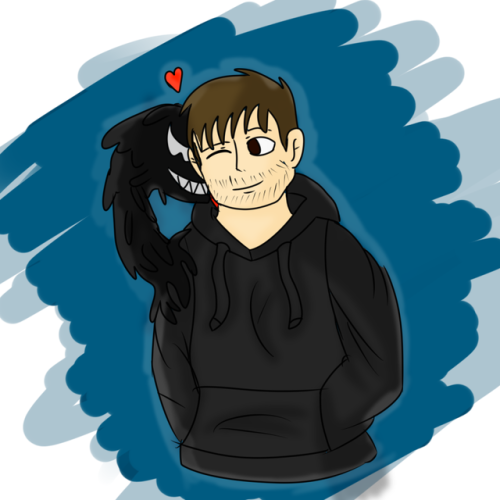 Venom was a fantastic movie 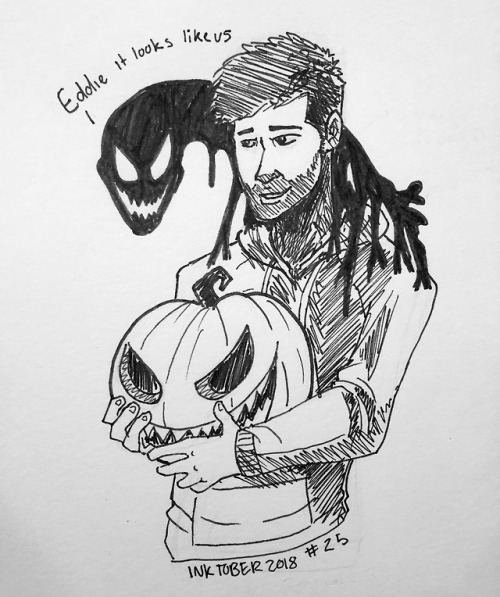 Did a livestream of me sketching this out on my insta. Now I gotta get ready for dindin with the fam.

Scrolling through my main the last few days; seeing all the venom [/Eddie] content

Me@my mutuals: “Damn y'all are thirsty” 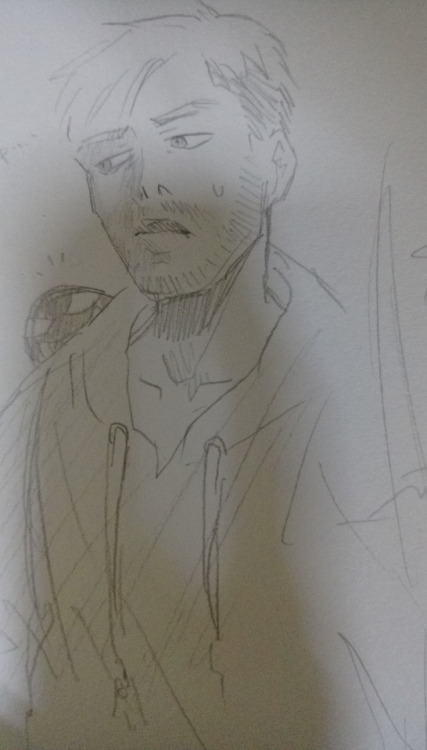 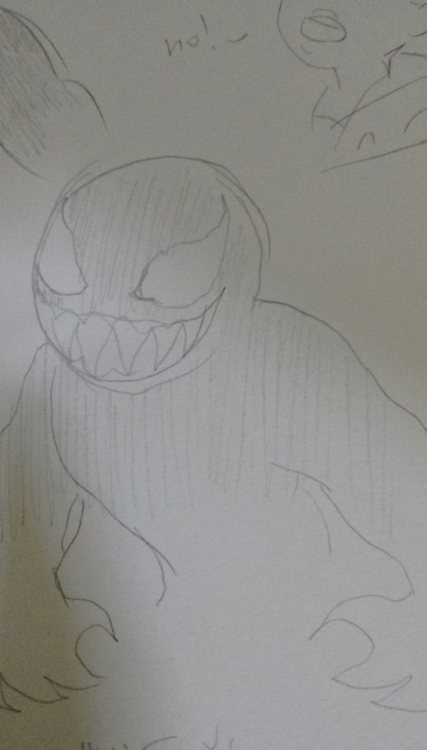 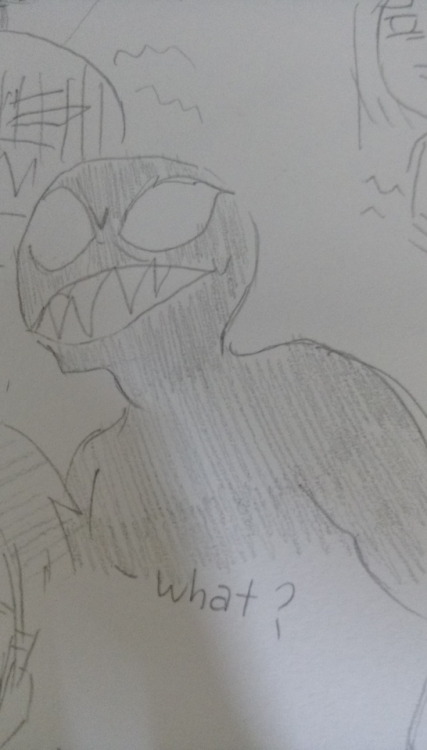 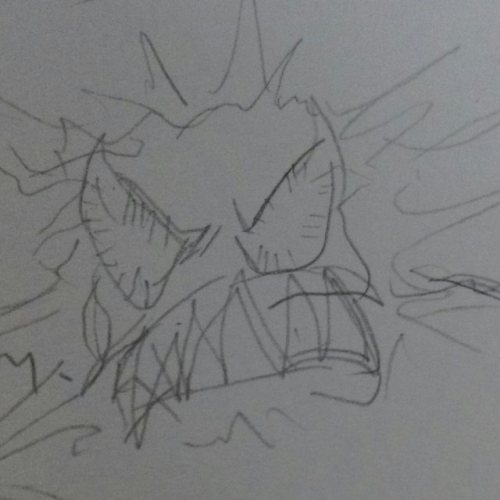 self indulgent doodles before running to school 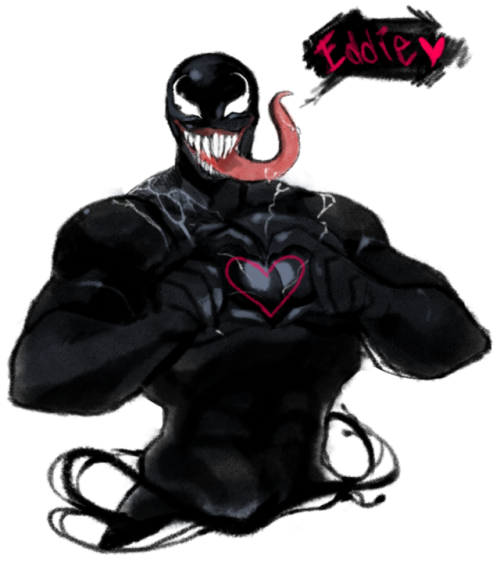 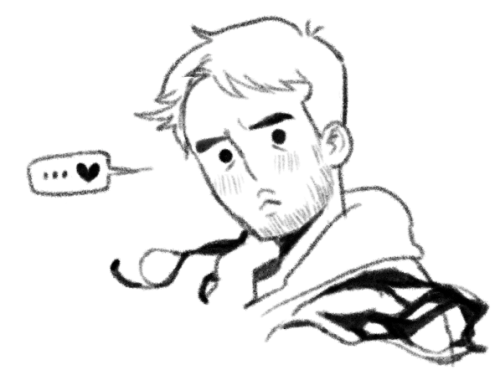 I haven’t seen the movie yet but this is pretty much it, right? 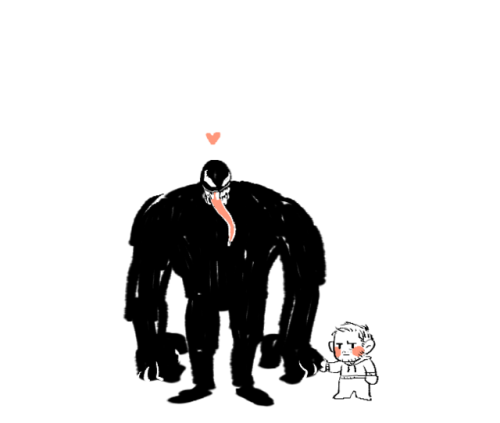 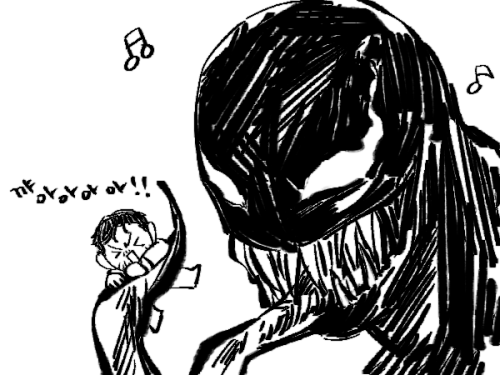 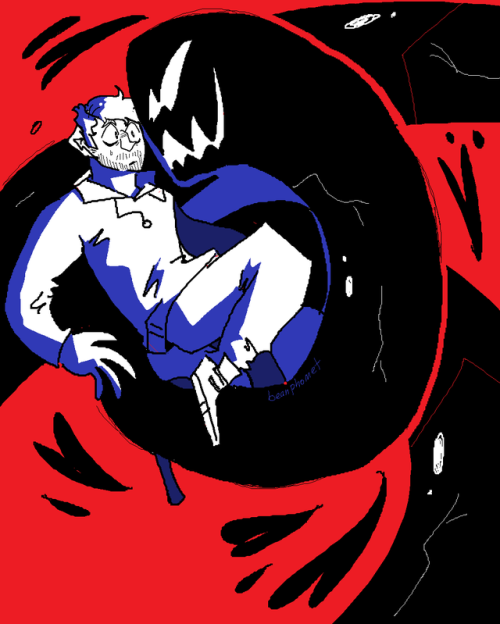 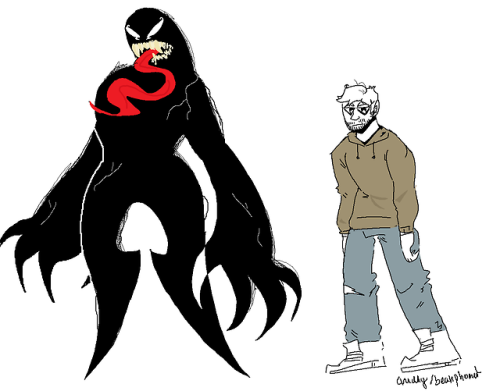