Veruschka modeling a bathing suit designed by Margit Fellegi for Cole of California.

This specific bathing suit was named “the Outrageous” and was released in their 1964 “Scandal” collection. 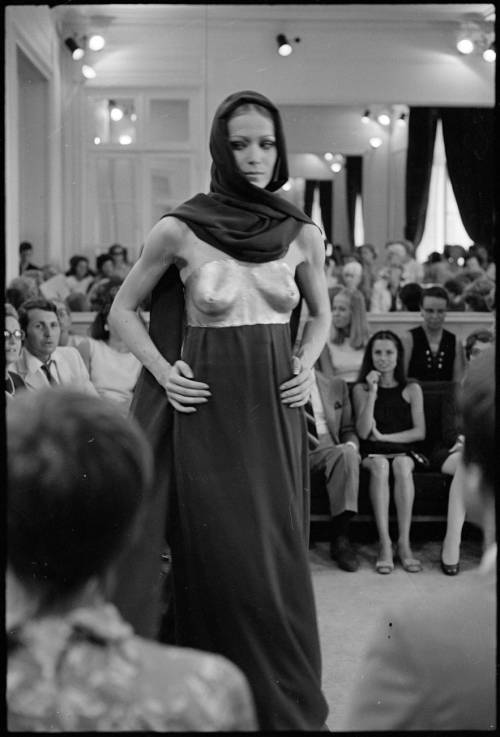 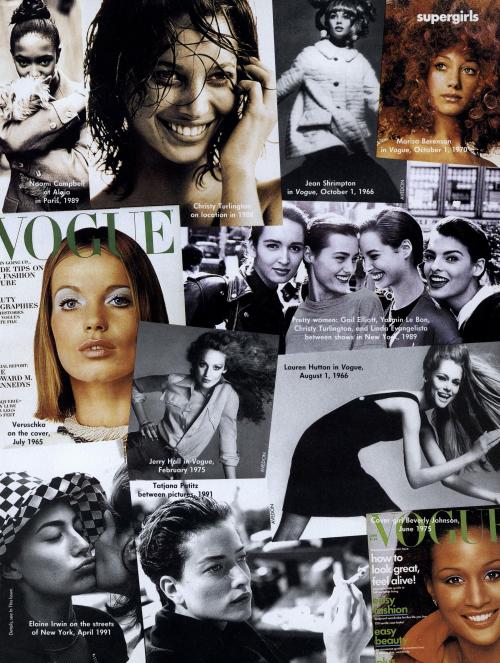 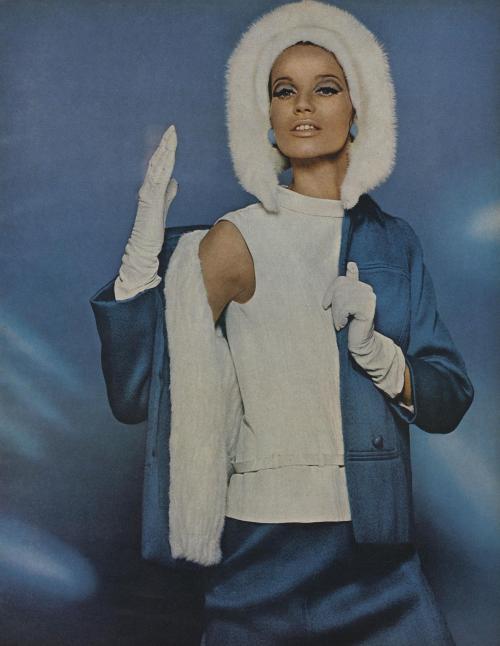 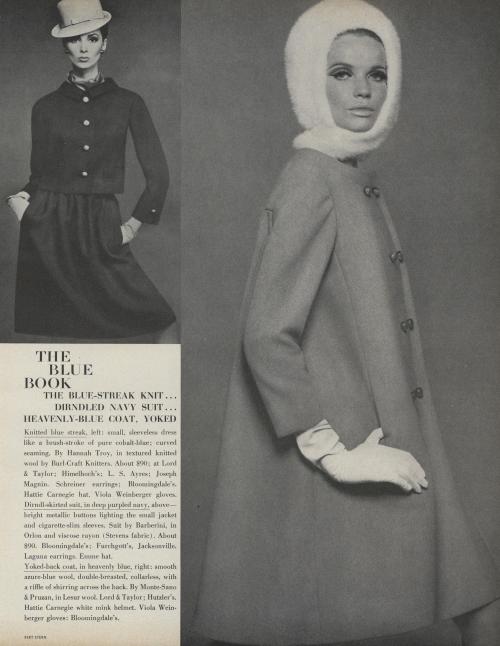 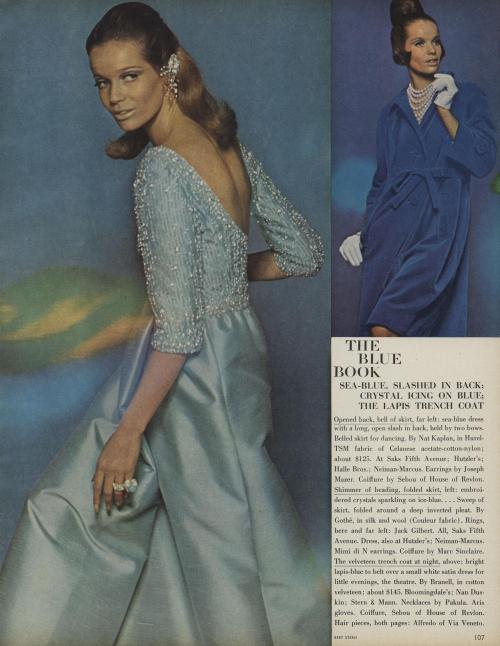 Jersey and Pearls - Vogue US (1965)
Veruschka by Bert Stern 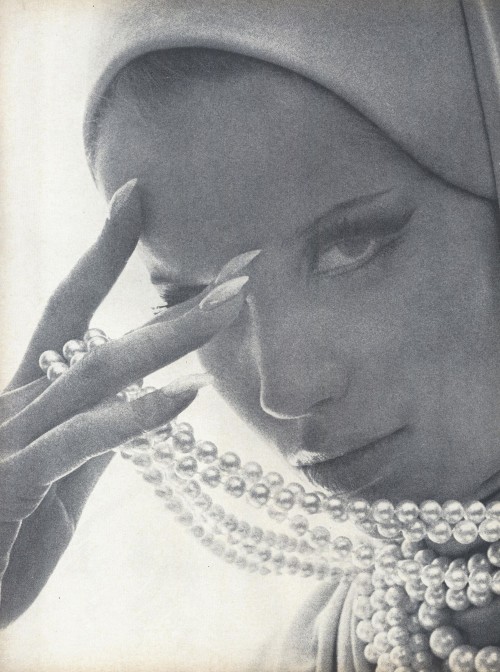 Veruschka von Lehndorff was born on 14 May 1939 in Königsberg, East Prussia to Countess Gottliebe von Kalnein: her father was German Count von Lehndorff-Steinort, an army reserve officer executed when she was 5 for attempting to assassinate Adolf Hitler in the July 20 plot. After his death the remaining family members were interred in labor camps until the end of World War II: Veruschka later studied art in Hamburg and was discovered by the photographer Ugo Mulas at age 20, after which she became a full-time model.

In 1966 she did her first shoot wearing body paint, and it became a lifelong artistic pursuit. Most of the time she did her own make-up, hair and styling.

“The most successful ones were done like that, because I was in charge of it,” she says. “With the photographer we created the whole thing on the spot. We cut up the clothes even, if it looked better.” 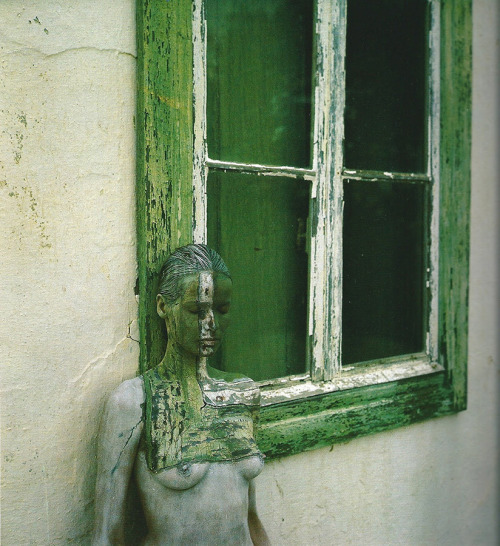 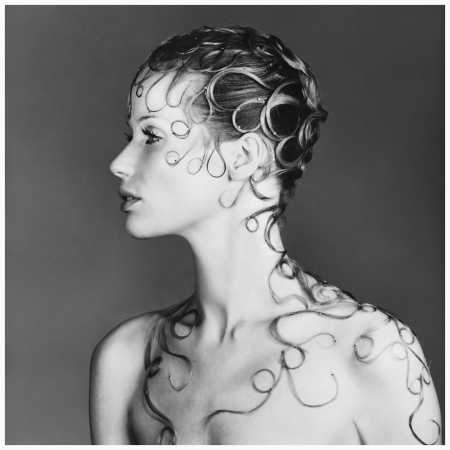 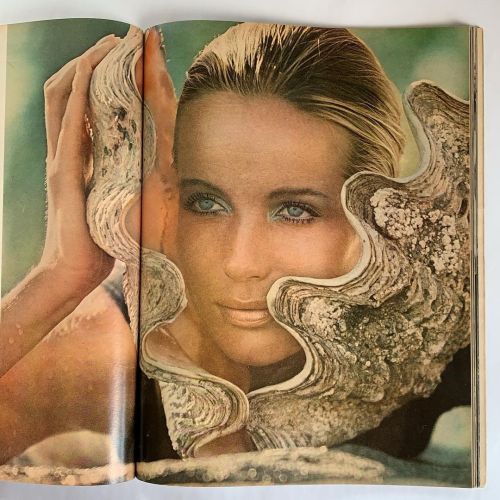