Check out the full pic at my Patreon 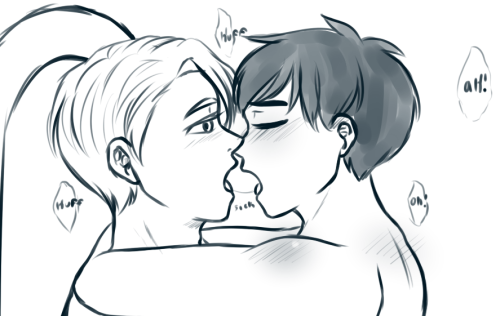 You all are amazing! 🖤

Victor and Yuri for Asuke.

I’ve found I love making playlists for characters Im deeply in love with. Victor was my first! Songs from all different gens and places! There is a reason for every track on this list that I feel applies to him and his story (Even one as a shout out to @crimson-chains Mafia AU Victor -swoon- ). Thought I’d share for others that might enjoy it. Im always looking to add more tracks! 🎶 💗🎶💗🎶 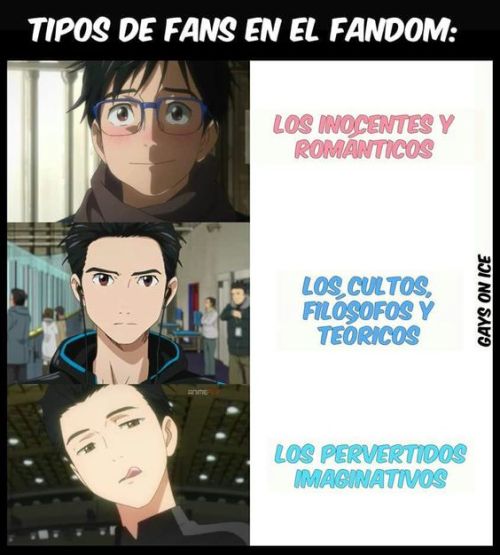 Ryu be sad he can’t reblog yaoi like crazy cuz yah know. You get flagged but he likes smooches 😍

Just a lil doodle of my favourite boy Victor

Yuuri had been feeling down a lot lately, one of the reasons being, that he had eaten too much pork cutlet bowl, and therefore his skating wasn’t at its perk, like it had been after Victor became his coach, and he lost his weight again. Victor already is Yuuri’s coach, so it’s not as if Victor could just leave Yuuri and come back five minutes after. Yuuri probably wouldn’t find that prank too funny.

Yuuri currently sits in the middle of the ice rink. Victor had made him go there and put on some skates, but as soon as Yuuri stepped a foot out on the actual ice, he had slipped all the way to the middle. He still hasn’t moved. Not an inch.

“Yuuri, you have to get up eventually!” Victor says with a smile of pity on his lips. “I’m too fat to move…” Yuuri mumbles as he hides his face in his hands. “You are not fat, Yuuri!” Victor chimes as he puts on skates himself. His smile has turned into a Nikiforov smile; That one contagious smile, that could make even the most evil creature smile. Sadly, his smile cannot be heard; meaning it cannot infect Yuuri with happiness.

“Everyone knows that I’ve gained weight, Victor. You don’t have to lie, it only makes me feel worse.”

Yuuri ends the silence with his soft cries. He doesn’t hear Victor skate toward him.

Hearing Yuuri cry, makes Victor want to cry, but as he has finally found the perfect timing for his very friendly prank, he cannot let it fail by crying. After all, his prank is about making Yuuri crack a smile. Hopefully also laugh.

Victor slowly and quietly sits down next to Yuuri. Yuuri is surprised that Victor hasn’t said a thing yet. He’s his coach, friend (and husband) and he hates seeing Yuuri cry! When Yuuri cries when Victor is near, Victor gets all nervous and doesn’t know what to do. Yet he always tries to cheer him up somehow, even if it’s just a hug or a little “shh”

Yuuri stops crying and lifts his head. His vision is blurry because of his teary eyes and his missing glasses. He looks straightforward and wonders where Victor has went. “Is he tired of me?” Yuuri quietly whimpers. His eyes start to produce more tears, if even possible. “Victor is tired of me and my stupid weight. I can’t even win gold in the Grand Prix Finals when Victor has won five of them. Silver wasn’t good enough, and that makes my allowance to change my mind not legitimate at all!”

Yuuri’s words does not only hurt himself, but also Victor. As much as Victor wants to perform his silly little prank already, he is on the verge of tears himself, and cannot find any strength to move at all. Finally his lips part to speak.

“Take off your skates.”

Yuuri’s breath hitches, and his tears stops forming. “Take off your skates.” Victor repeats. Yuuri hurries to straighten his legs and gets ready to walk out of the rink.

“Take them off here.” Victor says without any emotion. Yuuri feels scared. Has he really made Victor mad?

Yuuri bends down and reaches for his skates, yet his stomach stops him. He huffs out in annoyance. As he looks back, he notices that Victor is gone. “Huh?” Yuuri is about to turn his head back around again, but stops in his tracks as he feels a light pressure on his “макушкa” Yuuri looks up and sees Victor smiling innocently, as his finger still rests on Yuuri’s head. He stares at Victor with confusion. “Hey, that’s what I do!” Yuuri exclaims, trying to sound mad, but to Victor he sounds just like Makkachin. Smol, innocent and adorable.

“Do you want to skate with me?” Yuuri asks shyly. “Of course! Davai!!” Then they skate together for the rest of the night, smiles plastered on both of their faces. 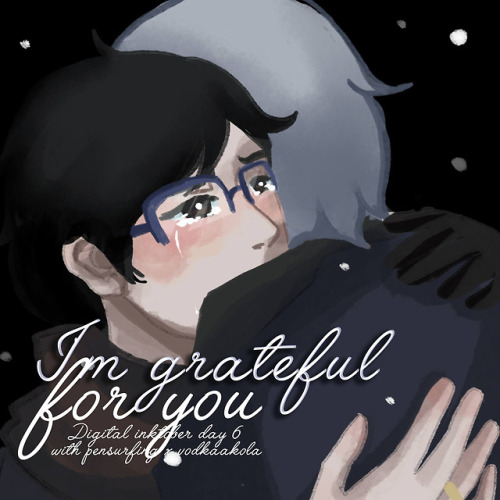 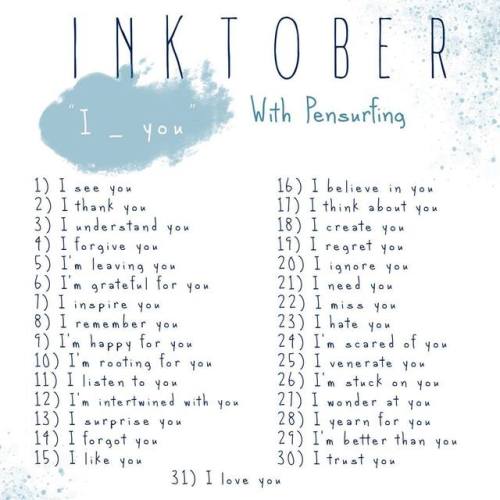 “I made coffee,” he explains. “With cream and sugar. That’s how you like it, right?”

—–
I could’ve just designed the outfit, but I think I’ll discuss with @persephoneggsy first. 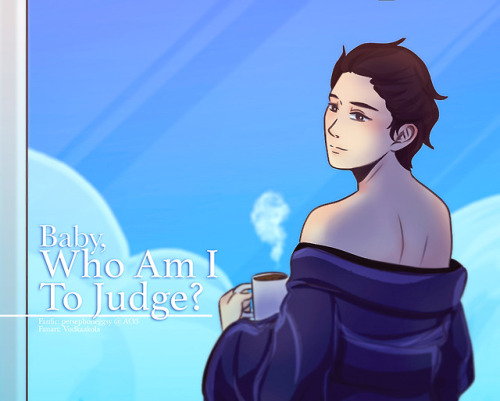