Photography for me is not looking, it’s feeling. If you can’t feel what you’re looking at, then you’re never going to get others to feel anything when they look at your pictures.

Don McCullin’s most celebrated image is his portrait of a dazed American soldier, entitled Shellshocked US Marine, Hue, Vietnam. It was taken during the battle for the city of Hue in 1968 and, in its stillness and quiet intensity, says as much about the effects of war on the individual psyche as many of McCullin’s more graphic depictions of conflict and carnage. The eyes that stare out beneath the grimy helmet are not staring at the camera lens, but beyond it, into nowhere.

It was monsoon season, February 1968, when this iconic Marine went missing.

In February 1968 Myron Harrington was a 29-year-old Marine officer, a commander of Delta Company; he had already lost more than half of the 120 men under his command in the battle for Hue when he was told that one of his Marines — one who had been found in a nearby ruined house — was “not willing to participate in the action”.

It was early morning on 21 February 1968 when ­Harrington was called to see the shell-shocked Marine, who was being escorted away from the front by two marines under the command of Staff Sergeant Robert “Cajun Bob” Thoms. “He was in a state of shock,” ­Harrington recalls. “He had the classic thousand-yard stare, and was kind of frozen. I ordered that he be evacuated. That’s my last ­sighting of him.”

The Marine was mute, though in his eyes lay a stare best unmet while dreaming: a gaze that was part trance, part fear, but mostly horror. The men who’d located him recall that he neither blinked nor uttered a single word.

His true name is lost and his fate has become a mystery.

The shell-shocked Marine was escorted to the Delta Company command post. He was left there awaiting evacuation as Delta’s most senior NCO, Gunnery Sergeant Odell Stobaugh, tried and failed to communicate with him. ­McCullin appeared. The photographer, then 32 years old, had arrived in Hue a week earlier on assignment for The ­Sunday Times. On seeing the frozen Marine he dropped to one knee to photograph him. “I noticed he was moving not one iota. Not one eyelash was moving,” McCullin says. “He looked as though he had been carved out of bronze. I took five frames and I defy you to find any change or movement in those frames.”

Then the British photographer left the yard. Minutes later, at 7.45am, an NVA rocket hit the edge of the wall above the command post, showering shrapnel onto the Marines below. Seven were wounded, including Stobaugh.

In the madness of evacuation no one quite knows what happened. Capt. Myron Harrington had said the shell-shocked Marine never came back to Delta company. Staff Sergeant Robert Thoms later heard the Marine had been sent to a psychiatric ward in a catatonic state. The personal medical records were never made accessible. The trail went cold.

Other journalists have tried to track down the unknown Marine. Some have tried interview the surviving soldiers of Delta Company present that day but most have died or can’t recall. McCullin said he saw the Marine was left with Gunnery Sergeant Stobaugh. Unfortunatley Stobaugh died in 1999. No record of a non-injury evacuation existed during the key fateful week either.

And so the mystery continues.

But I think this picture is perhaps not about the identity of this one mysterious shell shocked Marine. Rather it is a haunting avatar for a generation of soldiers who took up the call of a growing unpopular and socially divisive war and sacrificed their all, if not for cause or country, then for their fellow brother in arms right there in the foxhole with each other.

It was also a time when Post Traumatic Stress Disorder (PTSD) was little understood - it was officially recognised only in 1980 in authoratitive psychiatric circles - by doctors, by the military authorities, by society, and most tragically of all by the soldiers themselves and the families they were returning to. For these courageous soldiers had to live through nightmares that would haunt them to their graves. For many they never really came home from the war for they were at war with themselves. 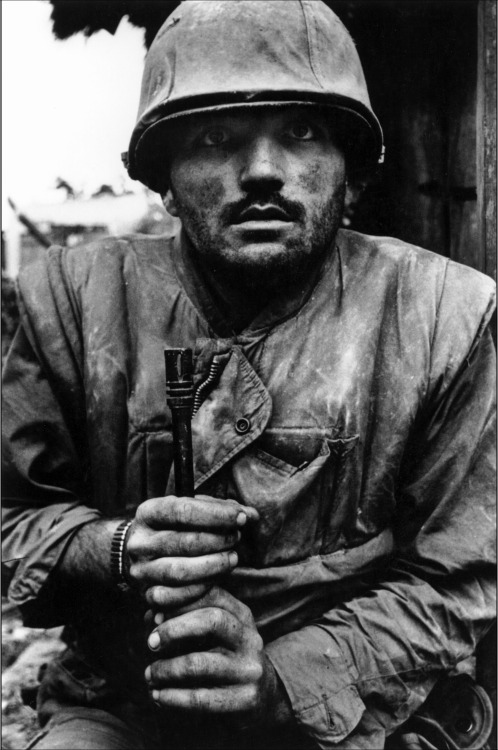 The film shows fixed wing aircraft such as The McDonnell Douglas F-4 Phantom II fighter bomber and the C-130 Hercules transport aircraft. There are close air strikes in support of Marine ground forces in combat and troops defending dug in positions. Spike Lee has oscillated between deeply personal subjective stories to more commercial popcorn fodder (Do the Right Thing vs. Inside Man). He’s made flops and hits over his thirty plus years in the business. One never knows what to expect from him, which is exciting. His last three features have blended his subjective slant on America and race with commercial overtones to produce films with commercial appeal that also make a statement. Da 5 Bloods (2020) is no exception.

The film follows a group of black Vietnam vet’s in search of gold they buried in the Vietnamese jungle during the war. Each of the four men has grown and changed since they buried the gold in the early 70s. Once like brothers, they’ve all taken different paths since the fall of Saigon. On their quest, they encounter various obstacles that heighten the tension between them. They’re each haunted by their fallen comrade Stromin’ Norman who they lost in the battle to retrieve the gold. That day in the jungle they not only buried the gold but their friend as well. After several dark turns, they end up having an old-style ‘gun’s at high noon shoot up’ to protect their gold, their legacy, and their future.

Da 5 Bloods is steeped in classic Hollywood trappings. It’s a story of a group of Americans who are not often represented in Vietnam war films. It weaves in the civil rights and anti-war movement throughout the narrative and includes a soundtrack laced with the music of the era. Marvin Gaye fans will be singing along with the characters. Stripping the externals from the film the heart of Da 5 Bloods concerns itself with greed, guilt, camaraderie, and the albatross of America’s future. Liberty for some, could be the poster tagline. It’s classically rooted in dramatic traditions and universal at its raw emotional core.

US Soldier being raised up to a Huey, Vietnam 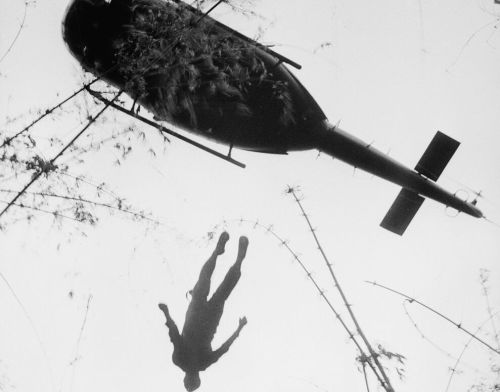 i just remembered that time in 8th grade when my parents bought a book from my school library in my honor, and the librarian shamed me into never reading it, through sexism and racism.

so it was a thing my school did to raise money, like parents would buy a book for the school library, in honor of their child, and then the child’s name would be written inside the book. this book was about the vietnam war. my parents are from vietnam, having lived during the war era, so this was probably their way of trying to teach me about some of their history, since i actually knew very little about their past before they came to the u.s.

for context, i went to a majority white school. this might not seem relevant to the story, but i think this is the environment that fostered such interactions that traumatized me throughout my school years.

so i told the librarian (an older white woman) that i wanted to see the book my parents bought, and she pulls it out, and she goes “oh!…oh, it’s just…this books is for boys.”

the librarian also failed to think that maybe there was cultural reason that i should want to read the book. this book explained part of my past, part of my family’s past, something that i didn’t know much about. but i guess the only people that could be interested in such a book would be history buffs (only boy history buffs, mind you). checkmark for racism. (or maybe just ignorance that other cultures outside of white exist)

let alone that she ignored the fact that my parents bought it for me, so obviously this was something my parents wanted me to read. so checkmark for ignorance? instead, she just made me feel bad about having my name inside the book. so i said i didn’t want to check it out. and in the rest of my five years at that school, i never read it.

to this day (i’m twenty now), i’m still confused about the vietnam war and how it worked. i know i can search it online anytime now. but here’s the thing: i’ve only recently gained touch with my cultural identity (something i used to be extremely ashamed of, maybe cause of instances like this), so i wasn’t as compelled to research this back then compared to now.

but i can’t help but thinking, maybe if that librarian hadn’t made me feel bad all the those seven years ago, maybe i would’ve found out more about something that impacted my family so much, and maybe i wouldn’t have been so ashamed of my culture for so long. maybe if that librarian hadn’t expressed such astonishment that a girl could possibly be interested in a book about war, then i would have realized, much earlier, that history is actually something i really enjoy (it wasn’t until my sophomore year in college that i realized i want to study it, even though it was clear the seeds had been planted much earlier in my life).

so yeah. that’s just something i remembered. i wonder what else i’ve forgotten.

The Journal of Patrick Seamus Flaherty, by Ellen Emerson White. Later reissued as Into No Man’s Land. My favorite journal in this series, largely because Patrick’s sense of humor easily translates to a modern audience. It’s the companion story to Where Have All the Flowers Gone? and regardless of which you read first, you will get spoilers of the other. As with its companion, this journal contains an extra disclaimer at the beginning and no author’s note.

One unique thing is that the acknowledgements gave the story behind the image used for Patrick’s cover portrait. 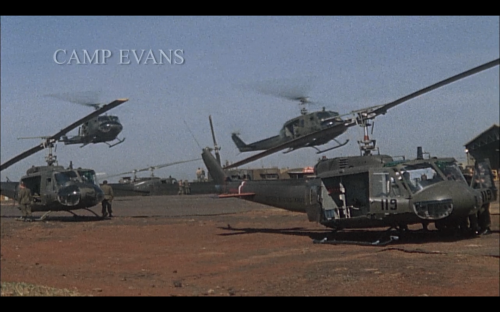 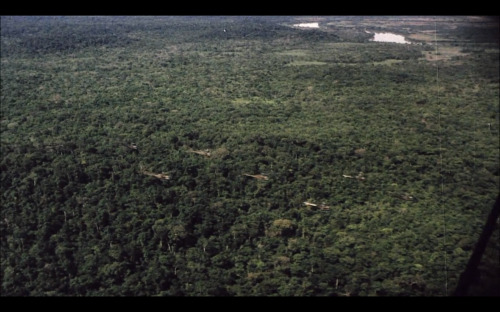 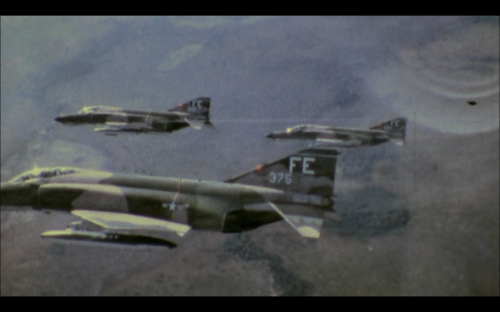 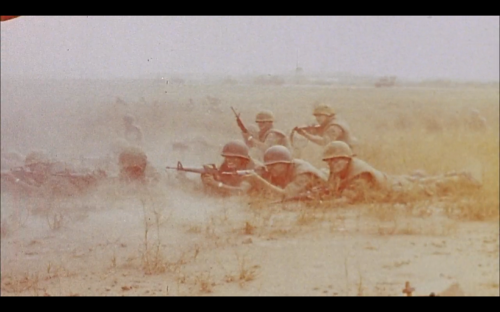 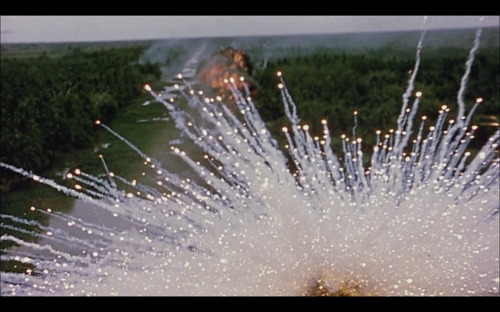 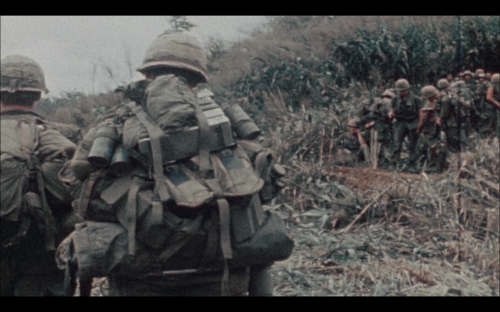 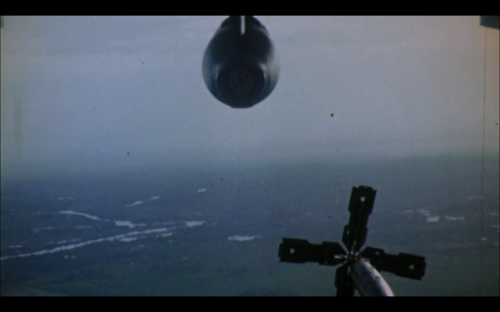 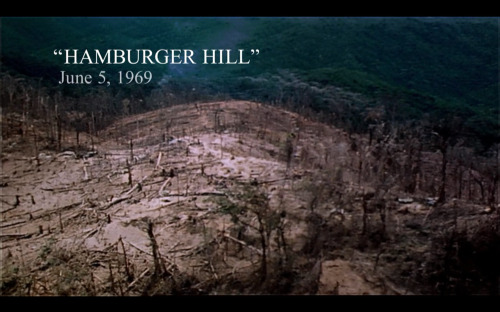 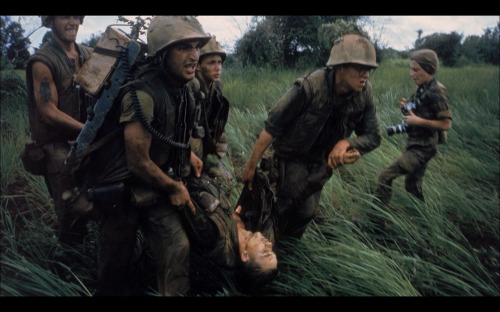 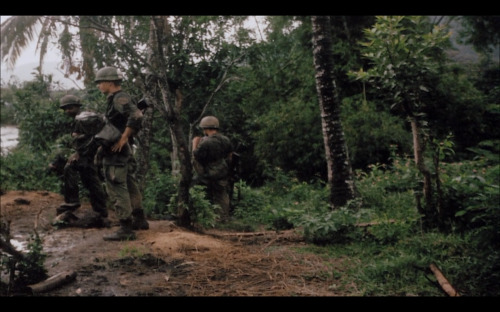 Soldier of the 1st Air Cavalry leads a group of blindfolded Montagnard men, suspected of working with the Viet Cong. 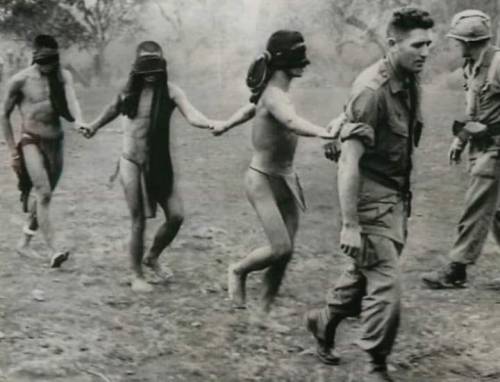 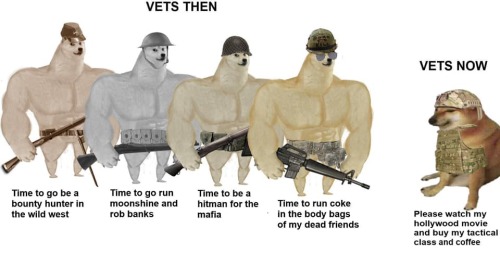 Random Soldier: I can’t believe someone so short has been admitted to the military.
Ned; Well, I can believe that someone like you cannot read.
Rando soldier: I’m going to kill you! ARRRRRG.
Ned: you failed. :)
Fist hit heavily count the wall.
Soldier randon: ufffff !! …. I hate you little Russian rat.
Your! Dwarf and miserable rat.
Ned: I that you … would heal those wounds …. you can have an infection. Oh … and by the way, they will look at me if I have something broken … such as … Dignity!
Random Soldier: Wait till I tell Sergeant Kern …
Ned freezes. O_O (oh shit! Oh shit, shit)

Birthdates of US servicemen drafted into the Vietnam War as a result of birthdate lotteries held in 1969, 1970 and 1971 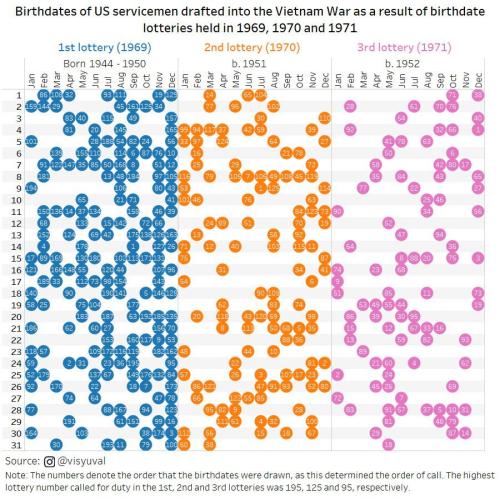 Independence Palace (Dinh Độc Lập), built on the site of the former Norodom Palace, is a landmark in Saigon, Vietnam. It was designed by architect Ngô Viết Thụ and was the home and workplace of the President of South Vietnam during the Vietnam War. It was the site of the end of the Vietnam War during the Fall of Saigon on 30 April 1975, when a North Vietnamese army tank crashed through its gates.

Members of the military police keep back protesters during their sit-in at the Mall Entrance to the Pentagon.  Washington DC, 1967. 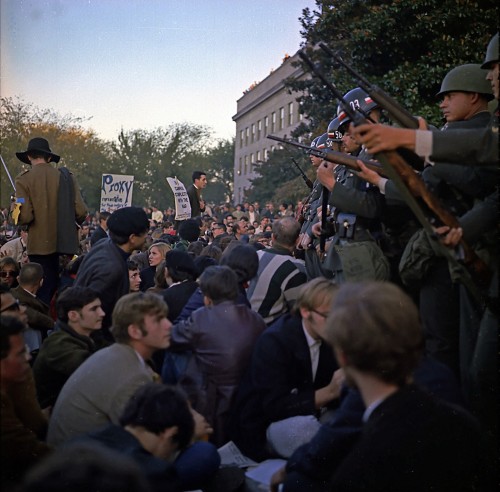 Why were Korean soldiers so feared in Vietnam?