“Nice to hear from you, dear friend. Thankfully we are doing well for ourselves. With no Kids Next Dopes interfering, we’ve been able to relax. We haven’t left the mansion in a while, yet we’re being extra careful for Jenkin’s sake. Lemon tea was an excellent idea.”

(Please do not remove the caption and/or repost artwork)
(Hope everyone is doing well! :( )

Maybe you just have to love people more than their (stupid) religion or political party. 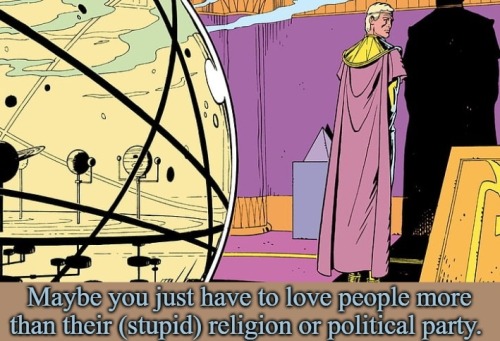 5. Wish You Were Here - Pink Floyd

Whoever you are or whatever you are… just know that in someone’s story/life, you’re a villain.

But hey, at least you have someone wasting their energy and time remembering and thinking about you.

When you watch a show just to hate on a character :)

The Mixels have their enemies; the villainous, pitch-black Nixels.

Their leader is the lord and savior, King Nixel.

From “Mixels: A Quest for the Lost Mixamajig”

#mixels, #lego mixels, #nixels, #king nixel, #major nixel, #a quest for the lost mixamajig, #mixamajig, #cartoon, #cartoons, #cartoon network, #villain, #villains, #lego, #animation, #black, #white, #black and white, #gray, #black out, #black lives matter, #blackout, #black out day, #blackout tuesday, #black out tuesday, #nostalgia, #2010s, #2010s nostalgia, #2015, #video, #mine
2 notes · See All
valevicPhoto
VILLAINS SERIES: HEADERS
»“But these words people threw around - humans, monsters, heroes, villains - to Victor it was all just a matter of semantics. Someone could call themselves a hero and still walk around killing dozens. Someone else could be labeled a villain for trying to stop them. Plenty of humans were monstrous, and plenty of monsters knew how to play at being human.”

like/reblog if you use!
inspiration 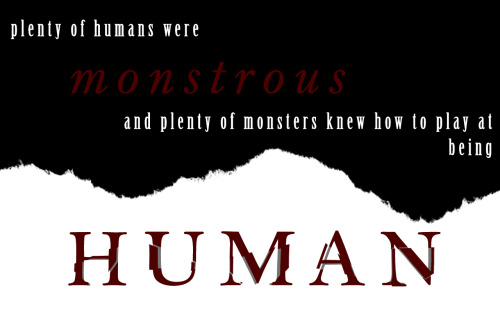 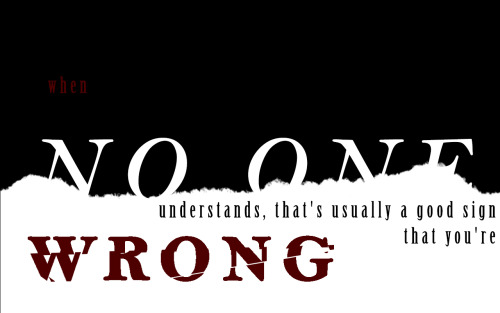 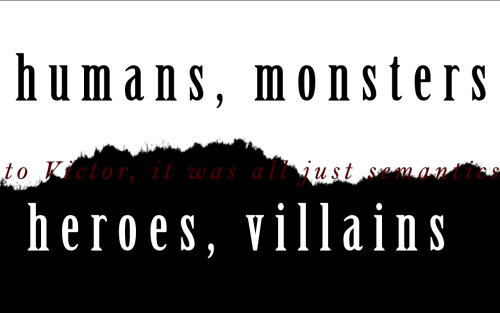 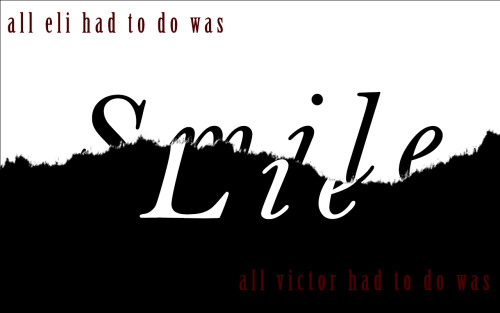 This is a good one. It needs some thoughts, but I honestly believe it will have made Lena a better character. Not to everyone, but to me specifically.

This will be a bit of a disagreement point with other people, but Lena DeSpell was not a person until “Friendship Hates Magic!”; she was a spell-gone-wrong. Think about it; she wasn’t created for some unknown reason and was then used by Magica for her nefarious purposes, she was literally created by Magica for the sole reason of preserving her existence outside of Scrooge’s lucky dime. She was supposed to be a blank slate, something that can replicate emotions, not feel them, and make other people fall for its own emotions. A trap that can talk to its master/creator and inform them of the ongoing developments. A robot that has passed The Uncanny Valley, if that’s the right term.

So why did she develop emotions? Why did she become a separate entity from Magica? My personal uneducated theory is that Magica was scared out of her wits when she was being dragged into that coin. She had the right to be, too, considering she felt everything for fifteen years and didn’t have a body to do anything about it. I assume Lena was supposed to be obedient, as she was quite literally Magica’s shadow, though from what little we know about Magic, it probably takes some effort and concentration, alongside immense skill. Magica might not have had either; she was being sucked into a coin, dragged away from this life, and I can take an educated guess and say that she herself never tried to animate her shadow before this. So that means she had none of the three factors which we assume are important for this spell to perfectly function, perhaps creating a sort of ‘mal-function’ in Lena’s system that made her able to create her own feelings while responding to other emotions.

My argument here is the same argument I used for human-robots: When you create a tool for a specific purpose and then it suddenly starts having a will of its own and refusing to do its purpose, then it’s not really benefiting anyone. If you create a hammer to hammer nails and all of a sudden the hammer turns around and says: “No, the nails are my friends!”, it’s not doing something heroic, it’s malfunctioning. Although in Lena’s defense, Magica should’ve known better and tried treating her as more than her shadow if she was really going to go through with this ‘Niece’ thing, otherwise she should’ve made Lena know what she was going to do from the very beginning. I note, however, that Lena seemed quite happy when talking to Magica in her first appearance, and Magica seemed to be alright with her until post-”Jaw$!” episodes. I assume Magica tried making this ‘family’ thing between the two of them because she noticed the defects Lena already had, and as such, tried adapting. I do however applaud Magica’s removal of Lena from the entire picture directly after her return. From a purely villainous point of view; it’s The Evil Overlord’s List 101. You want to get rid of the hero? Get rid of them quickly and efficiently. Unfortunately, it seems to me that she could’ve made her disposal more thorough. Oh well.

So this is why I didn’t feel strongly about Lena. Sure, I knew Magica’s treatment was awful, but after her reveal as a shadow I couldn’t help but think ‘Well…yeah, she was treating her shadow who had serious defects.’, alongside the aforementioned points, of course. When Lena became a real person in “Friendship Hates Magic!”, I could see why any mistreatment on Magica’s part could now be hated, but let’s be honest, at this point Magica probably isn’t going after Lena in particular due to her person; it’s mostly because she wants her powers back.

In any case, what would happen if she was actually Poe’s daughter/Magica’s niece? In this case, I believe it would have set up some nice conflicts on everyone’s behalf. Magica would present the conflict of using your brother’s daughter in order to gain something purely beneficial for you; Poe (should he even exist) would be present the issue of having his daughter used and how far he should go to help his beloved sister; Lena would actually have issues with Magica’s behavior  that aren’t considered abnormal on her part, the list goes on. Lena as Poe or whoever’s daughter presents Magica with choices and makes Lena’s treatment all the more important: Who’s more important to Magica, her biological family, or herself? How far is Lena willing to go to help her family? Lena joining the McDucks at this point would be more emotional to everyone involved or letting Lena decide that she enjoys the world of villainy and make her continue her work with Magica would both make the two of them require to know each-other a bit more and give us one of the strangest, coolest duos (trios? Is Poe allowed to join?) in the series. It could also touch on repairing broken family-dynamics and/or focus on forgiveness and how far one can willingly forgive. I’ve yet to really see that, but it’s mostly because I do not consume much media anyways, so there’s none to blame her but myself.

For these reasons, I believe Lena being Magica’s actual niece would make both character much more interesting, especially considering that Magica, across the various Cannons which the amazing artists and writers of the Duck-Universe have created, is a lot kinder to Minima, her actual niece. Not perfect by any means, but they both even it out; Minima is mischievous and loves to tease her aunt, but she genuinely loves her. Magica does love Minima, but she’s not really kind on anyone if her family.  This would either mean that Magica will be kinder, or that she will contrast with her other depictions.

Perhaps you can find this interesting. Perhaps not. I wish to have explained my point of view thoroughly enough, and I thank you once more for an interesting and fun ask to imagine. Many thanks!

Decided to get back more into art. Did this quick painting of Scar for starters since I was in a Disney mood and wanted to see if my skills changed after a couple months of no digital art. So far…looking good! :D Was surprised that my backgrounds are getting better, haha. XDDDD

Another Gala pic, but the villains came to (literally) crash the party! 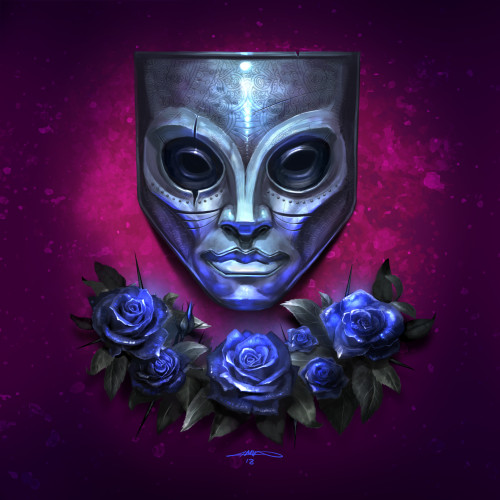 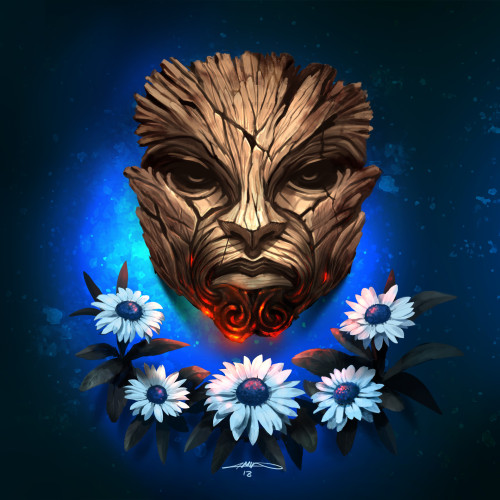 Chef: A Beastly being that only cares about being the queen, and nothing else.
Will cause genocide to get her Title and is evil af, so much so that she even made a Troll become her slave/tool

#trolls, #trolls world tour, #can we just talk about how Chef is still a character, #bruh moment, #villains
23 notes · See All
valevicPhoto
VILLAINS SERIES: VICTOR VALE AND ELI EVER

» Plenty of humans were monstrous, and plenty of monsters knew how to play at being human.

I just got bored, decided not to draw just 1 OC. However, These are the remaining Villains in the series [Excluding Killjoy For now] I hope that you guys like it. 2 of them are from Episode 1 and one of which only appeared as an Opening Cameo the other a minor Villain with a Text-to-Speech voice. I will get an actual VA for future Episodes of the This series. I was very lazy back then, I can tell by the crappy animation from Episode 1. Anyhow, I’ll give you The List of Villains from Left to right:

Yeah, Cruz is the shortest Villain ever. He was actually Inspired by a Green Hornet Movie Character. You should know who I am talking about! Anyhow, I just hope you guys enjoy these Remaining Villains. I shall not Spoil Anything after these OCs that is all!