Tumgir
AboutPrivacy Policy
AboutPrivacy Policy
Visit Blog
Explore Tumblr blogs with no restrictions, modern design and the best experience.
Fun Fact
The name Tumblr is derived from "Tumblelogs", which were hand coded multimedia blogs.
Trending Blogs
#virgil
manga-books-and-sweets
Quote
<div> —  Anne Bishop - Wild Country </div><span><p>She was staring at Rusty—or the remains of something in Rusty’s crate. Then she narrowed her eyes at Virgil. </p><p>“Who gave Rusty one of the treats?” </p><p>“Cowboy Bob,” he replied blandly. </p><p>She looked at the toy leaning against the side of her desk, then turned back to Virgil, baring her teeth. </p><p>“Cowboy Bob? Really? Is that what we’re doing now? Blaming the stuffie?” </p><p>She looked bigger than she had a minute ago, but he met her eyes and said, </p><p>“Yeah.</p></span>
#book quote#anne bishop#wild country#virgil#jesse#other series
0 notes
unsympathetic-snake
Answer

Oh my gods *yes* (now im gonna do some 2 am rambling, so sorry if it doesn’t make sense at all)

The three of them hang out all the time just to vent about stuff Janus  or just have like a slumber party or something.

Virgil listens to the song, but doesn’t really connect it to Janus until he plays it for Roman and Remus and they’re like “I wanna aggressively sing this at Janus.”

So they start just like, blasting it whenever they *really* wanna spit on Janus’s cape.

(also i think eventually they team up and just like scream it at Janus. I think they deserve to sing Wolf In Sheeps Clothing loudly at Janus) 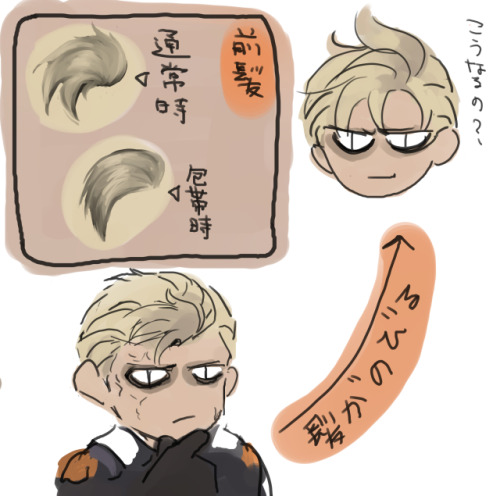 I was playing with lighting and ended up with this, was originally supposed to be @tscampfireau ’s Virgil but doesn’t have to be

So… for a while I’ve wanted to write a fic where something happens and Virgil goes back to the dark sides and how Janus would respond, what Remus would do, if any light sides would follow or try to fix it…

It would be a pretty long fic and one of my first attempts at real angst, but I’ve been really thinking about it. It would be in my au (it just makes more sense to me and I don’t know how well I could conform to the timeline of acceptance) and I don’t like unsympathetic characters but I might need one or two for it. (The unsympathetic would not be darksides)

Would anyone be interested in reading that, or would it be best saved in my thoughts??

Hello and welcome to our newly made aroace sanders sides blog! All the mods here are in someway asexual or aromantic and love sanders sides!

DNI under keep reading! Please help us out by reblogging and following, we are happy to be here!

I AM NOW TAKING DRAWING REQUESTS IN MY ASKS!!!

-requests should say character name and then as many specifications as you want (e.g. Remus sanders: punk au- mullet, piercings, tattoos).

-remember: I’m doing this for fun and so I owe no one a drawing and have the right to refuse any requests without explanation as this is meant to be fun.

What I won’t accept:

-characters from fandoms not listed (I’ll update the list when I enter new fandoms/ get more comfortable with drawing certain characters).

-nsfw- I am a minor so please don’t even consider suggesting stuff like that.

-super complex stuff that is out of my skill range.

Did some sanders sides fanart and I wanna share it here so like please be nice to me. :D

Enby Remus and Virgil with piercings and wavy hair because why not!

I found this conversation in the comments on this video, and this was the only thing I could think about 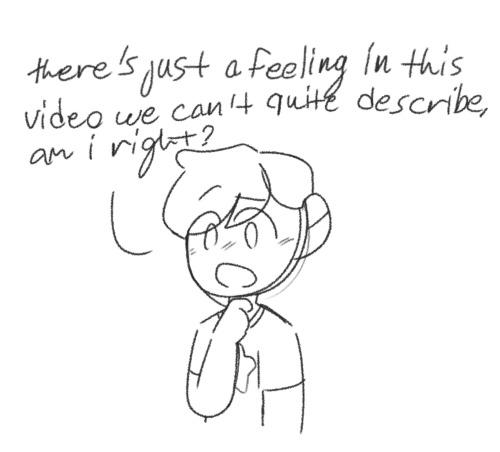 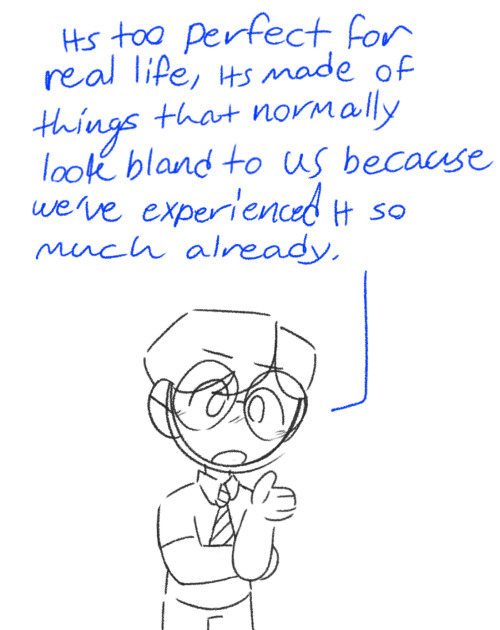 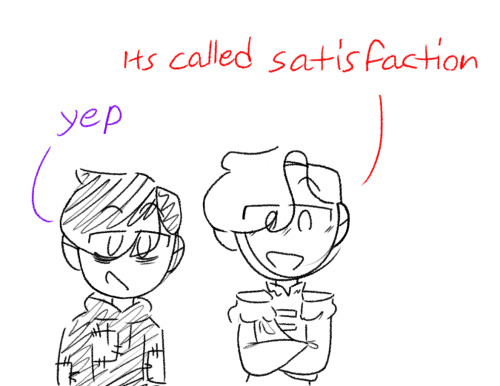 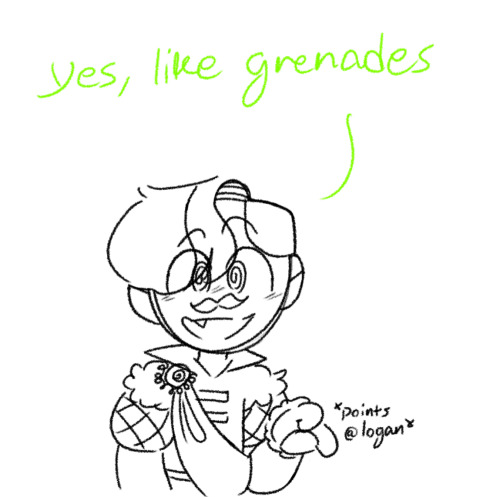 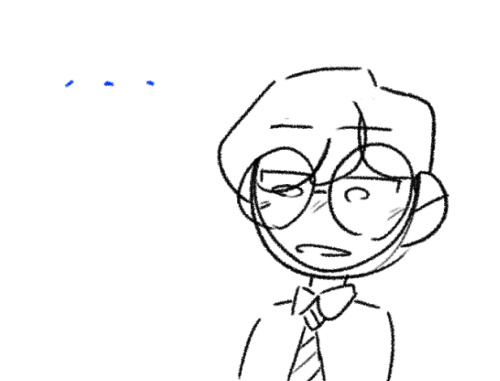 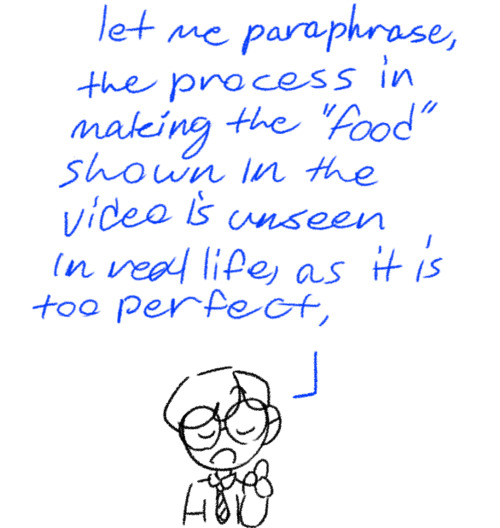 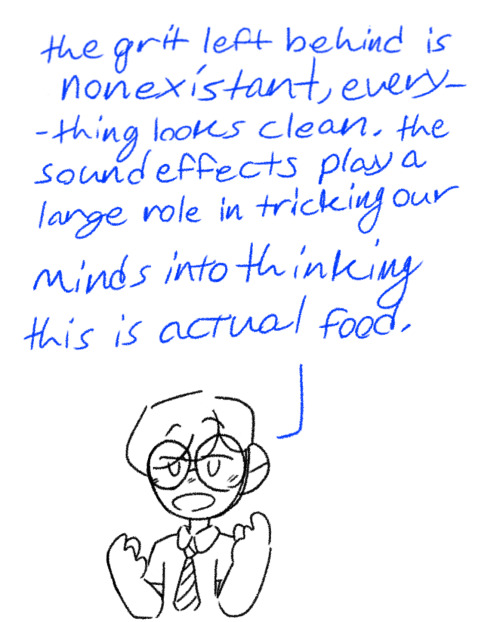 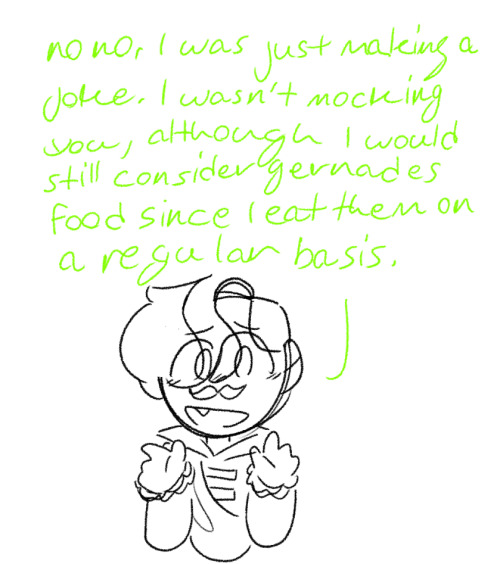 Less than 24 hours after the world witnessed a historic inauguration, and on the same day that social media was abuzz with Bernie Sanders-inspired mitten memes, Virgil Abloh unveiled his sixth menswear collection for Louis Vuitton.
And like everything else the prolific designer is involved with, his fall 2021 outing (which you can watch here) was a poetic mashup of barrier-breaking moments…

This has probably been said before but I haven’t seen it yet:

WHAT IF PARANOIA IS DECEIT AND VIRGIL COMBINED not just darkside virgil?!?!

Hear me out here, it would make so much sense.

So, paranoia is defined as “the irrational and persistent feeling that people are ‘out to get you’.”

Now this initially sounds like Virgil but if you think carefully, Janus would also likely be a part of this as paranoia includes being deceived by your own mind. Reminding you of the snake boi yet? Well there’s more.

It could also explain why Virgil is so reluctant to bring Janus to the light side since, just like the creative twins, if they return to having a good relationship they could become paranoia again which would not be good since Virgil wouldn’t have full control of whether paranoia was “evil” or “good”. This could then link to Virgil leaving the dark side and the catalyst for their split being Virgil’s morality and care for their host which partially opposes Janus’ job and, by extension, Janus himself. Virgil questioning Janus and being against the other half of paranoia would then split the side in two and Virgil being the fight or flight response would leave the dark sides.

Ik this is kinda far-fetched and not very well explained but if there’s any questions just send me an ask and please let me know what you think of this theory/any plot holes you find! Also feel free to reblog to add to this!!!

Patton: Went out and adopted multiple puppies, and kittens to play with so he wouldn’t get bored. Makes a whole bunch of cookies and tells a LOT of dad jokes to keep everyone laughing and happy.

Roman: He has three chairs in his room, one with a book on it, one with a picture of Patton and him, and one with Virgil’s hoodie. He has these because it reminds him of the other sides, when everyone else is busy, he makes sure to sing EVERY Disney song to the items and acts like their cheering for him.

Logan: He has read ever book on his book shelves, he would occasionally help Patton bake cookies for everyone, enjoying his company. He has had MANY sleepless nights because he is tying to solve life’s mysteries. (And find out how to tell Patton where babies came from in the most holy way.”

Virgil: He sits in his room, really happy because no one bothers him. He listens to a WHOLE bunch of music like 21 piolets…..*cOuGh* Barbie Girl-                      Nope, totally 21 piolets. One of Patton’s kittens snuck into Virgil’s room on the first day he got them, Patton has been looking for it since, Virgil swears he doesn’t have it but he really does and he dresses it up in a little prince costume to remind him of Roman.

Remus: Remus has took this time to learn a MANY dirty jokes as possible. He also dressed up in a rat costume and tried to scare Janus many times.(Because that’s something Remus would do-)

Janus: He’s COMPLETELY lost it. He’s had to deal with Remus being WAY weirder than usual. He has no idea how many days he’s been in lockdown for, he has no idea what the meaning of life is anymore. (Me either, buddy) He sits in the corner, facing the wall mumbling. “It’s fine, you’re fine!” While petting his pet snake.

Even Roman and Virgil are  concerned for him-