“…when I figure it out, you won’t be able to hide anywhere.” Maddie’s eyes hardened. “Not here. Not the Ghost Zone. Nowhere.”

The billionaire could smile only just. “This is a dangerous path for you to walk down, my dear.”

“I hunt ghosts, Vlad. I don’t know of anything more dangerous than that.”

ngl it’s genuinely funny that danny refuses to move in with vlad when the situation with his parents is precarious at best. the bar was so low but vlad had a shovel

Because of Mal’s history I would imagine the reporters would be all over her when Vlad adopts her. Asking why a rich successful man would adopt a troubled orphan teen, only out of the kindness of his heart. She usually doesn’t let others see her upset but in this case, Vlad found her hiding spot. Awkward Ghost Dad doesn’t quite have the experience on comforting people. >w<

I did a little experiment~ 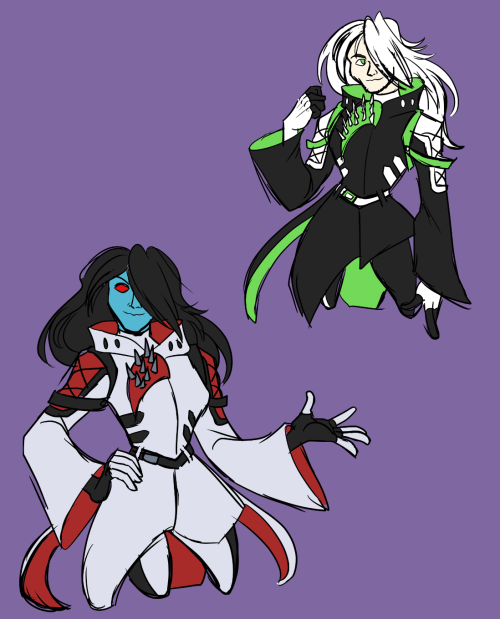 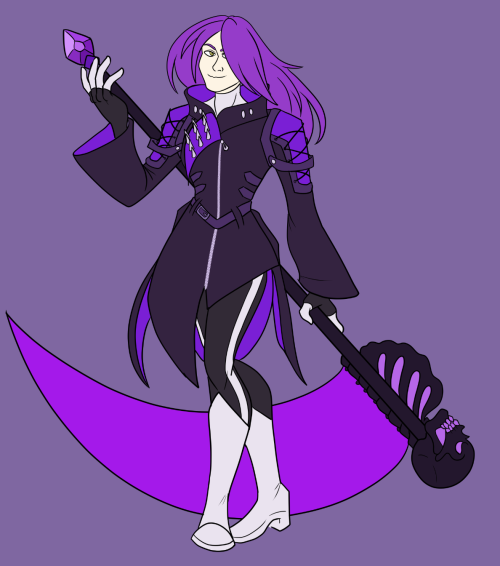 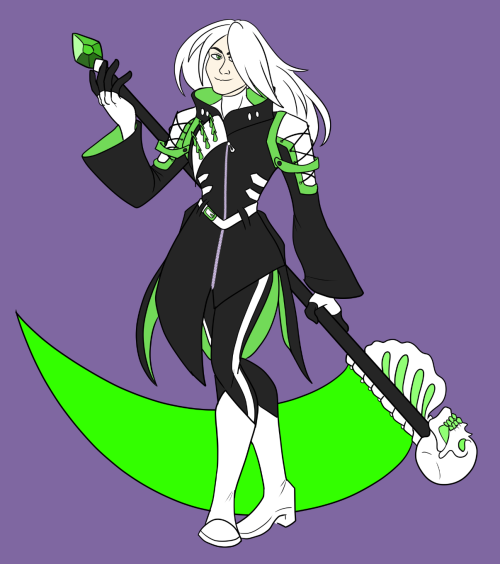 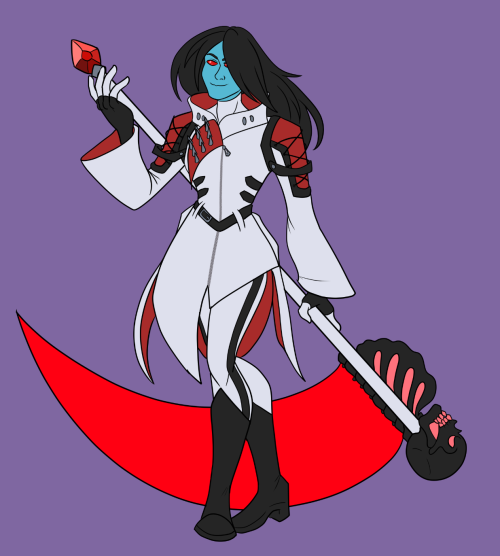 So is ecto-acne contagious or not?

Maddie says it’s highly contagious and lethal in Masters of all Time, but in the same episode, Jack is infected with it and living by himself in his own house in the middle of town, with no safety precautions whatsoever? I mean, he must go out to get food and stuff at some point, right? Danny even hugs him later on and willingly squishes his cheek against his face! So it’s NOT contagious?

Speaking of which, why did Jack’s acne never go away, but Vlad’s did? Is it because Vlad could afford medical care?? Was he even rich before???

And how does Maddie know it’s lethal? Vlad’s alive for all she knows. Have there been other cases before? Are those people actually dead? But their portal was the first ever built, so that wouldn’t make sense. Maddie what are you keeping from us

#danny phantom, #vlad masters, #mine, #ecto acne, #this singular episode gives me so many plot holes to question
64 notes · See All
danny-fenton-is-transText

Vlad knows he can’t die of ecto-acne again but he straight up infects two kids to make his enemy help him get rid of it, purely for aesthetic reasons

Listen if he’d just asked Jack and Maddie they would’ve helped him no questions asked? It’s pretry much their fault and also Jack loves him?? But nooo he had to be dramatic

It’s nice that I got the opportunity to use this random oc in a fanfic as an enemy so that was pretty fun to write about. I had a rough night so I decided to use that restless energy to finish off this chapter, and again sorry if its a bit all over the place but at this point I just really want to just finish this story as soon as possible.

Can’t believe Bitch Fartman said that is DP s4 was a thing Vlad would eventually return to earth after escaping slavement by evil aliens!?

Like. WtF. That raises so many cool and interesting questions and scenarios and the worst part is, Fartman would have done NOTHING with this whole new world he’s opened up in the DP verse.

Did I mention I have a Tiktok and uhh-

#danny phantom, #vlad masters, #vlad plasmius, #tiktok, #shitpost, #THIS HAS BEEN MY LIFE FOR OVER A YEAR
30 notes · See All
overthestars-and-offtoneverlandText

So I’ve been seeing some people in the Danny Phantom fandom (I know it’s the Phandom, but that name literally belongs to two other fandoms, so let’s not get confusing) on my dash talking about how keeping Vlad Masters a vampire in the original draft would have been cool.

And I’m not disagreeing with that, but I’m wondering how that would work plot-wise.

Would Jack and Maddie still have some responsibility in it since there’s no ghostportal accident?

Because I’m picturing a Scooby Doo/Mystery Skulls situation where Jack, Maddie, and Vlad go ghost hunting but they end up in vampire terratory on accident. Vlad gets bitten by a bat and gets “sick” (mimicking the ectoacne, so he still goes to the hospital and isn’t seen for 20-ish years), and Jack and Maddie are none-the-wiser that their friend has turned into a monster.

It’s been a week since I was officially adopted. After living in the foster system for so long, I never thought I would end up belonging to someone. I believed I was going to be alone my whole life with no place I belong, or no place that really felt like home. I mean, who would want to adopt a delinquent 15 year old into their family? I close my textbook and sit back in my chair with a long exasperated sigh. Did I really just think that? Those are such cliche thoughts, I sound like the end of a storybook or something. I shake my head and look up to the window across the room. It had started to lightly rain and I watched the small drops of water hit the window with a soft tapping noise.

I think Danny Phantom doesn’t quite play on how fucking weird rich people can be, like Vlad being obsessed with the Packers is like, a bit odd but he’s also rich so everyone’s like yeah okay.

Personally I think Vlad should openly have a bunch of occult/supernatural type stuff laying around in public and be like yeah I have this cursed doll and this sick ass cauldron in my literal castle and everyone’s like ‘that checks out’ because rich people are Like That.

Vlad does use all of the occult stuff but again, uses the old hidden in plain sight thing so no one gets suspicious they just assume it’s because he has so much money he might as well spend it on weird shit

#the reunion but instead of showing tjem all his packwrs stuff he shows them his collection of definitely cursed artifacts and spell books, #and wooden stakes and they're like haha classic vlad :), #vlads already half ghost and looks like a vampure he should get to be really into occult stuff okay, #danny phantom, #dp, #vlad masters, #vlad plasmius, #puzzling posts
82 notes · See All
danny-fenton-is-transText

Anyone ever think about how when Vlad infects Sam and Tucker with ecto-acne we get this bit here,

Maddie: “We have an outbreak of ecto-acne. And there’s only one place on earth that knows how to treat ecto-acne.”

So what you’re saying is… no hospital is able to treat ecto-acne? None at all? Only the Fentons even have a chance?

I mean no wonder Vlad fuckin died what the fuck guys 👁👄👁

#no wonder he's so salty, #like come on there has to be some hospital??, #where was Vlad all those years???, #he spent several years in a hospital, #there has to be SOME research on his rare disease, #oh wait no it's america, #but still he's rich they must've cared!, #danny phantom, #vlad masters, #mine, #ecto-acne
70 notes · See All
enmityparkText

why is skulker not interested in killing vlad? maybe he’s got more vampire deadheads than he could ever want, or just doesn’t see a man who’s traded his humanity for power to be of any hunting value. why doesn’t vlad participate in the christmas truce? because it’s a ghost thing and he’s not a ghost. why doesn’t vlad do the spectral trail thing, but will teleport or dissolve into mist? because vampires do both the latter things but not the spectral tail thing.

and think of the occult shit that could become of it too like maybe there’s a laveyan cross motif in his castle or danny finds vlad’s charred, blackened heart ever-smoldering in a fireplace

#vlad plasmius, #vlad masters, #epverse, #vmasters, #me hypnotizing myself: YOU WANNA KEEP VLAD AS A GHOST YOU WANNA KEEP VLAD AS A GHOST SO BAD, #do i though, #if i change him to a vampire i'll definitely use the heart fireplace thing that's way too good to pass up, #OHHH MY GOD THE CASK OF AMONTILLADO REFERENCES I COULD DO FFFFFF
95 notes · See All
ocphantomText
#danny phantom, #vlad plasmius, #vlad masters, #Youtube
2 notes · See All
dani-halfa5Text

One thing that suprises me about Danny Phanton fanfics that have Vlad Masters as protagonist, helping Danny or getting his redemption arc, is that.. he’s rarely forced to forgive Jack?

He can be potrayed as someone who is just holding a petty grudge, who is acting childish.. but i think have yet to read a fanfic about him forgiving Jack.

Most of the time he gets redemmed thanks to Danny and other characters. And while he doesn’t want to harass the Fentons anymore he’s allowed to hate Jack Fenton.

I don’t know i just find it interesting. 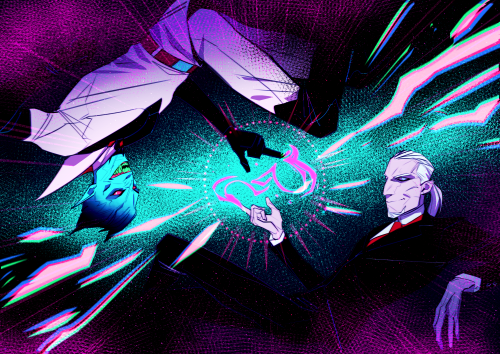 In his latest plot to get rid of Danny Phantom, Vlad creates the Masters Blasters, a new group of teen ghost fighters who instantly become a major success with Amity Park. Believing the world no longer needs him, Danny willingly gives up his powers and destroys the Fenton Portal, regaining his normal life. However, Danny soon realizes the world will need a hero when an asteroid, called the “Disasteroid”, hurtles toward Earth, threatening not only the planet, but the Ghost Zone along with it! Now Danny find a way to destroy the asteroid and save the world before it’s too late, but can he do it all as Danny Fenton and not as Danny Phantom?! 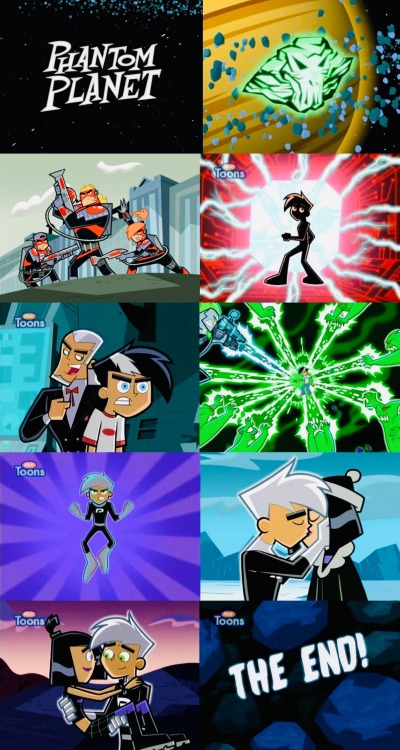