I’m always down to hear what other people think about the show!

I really love the Fancy Party. Everything from the humour down to the little bow ties or just outfits in general (eg emperor awesome had a v noticeable outfit change). Also I think sourdough is *incredibly* underrated within the community. He’s p cool, but I can get why some people don’t really like him.

I enjoyed The Box tho ngl. I dunno, wander felt semi-relatable in the episode. If I was given a plain white yet perfectly square box I would’ve opened it before the mailman could’ve even said anything. Sylvia getting mad at the lord of illumination was pog. But I feel some people don’t like it for the same reason they don’t like The Helper: because wander becomes completely, batshit insane.

I think I know where Wander came up with that nickname. 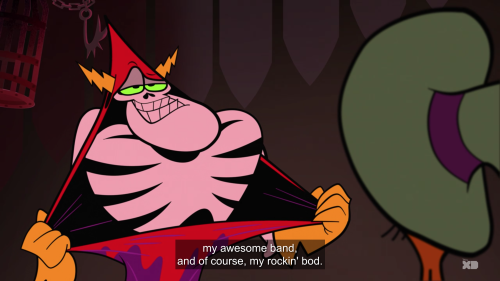 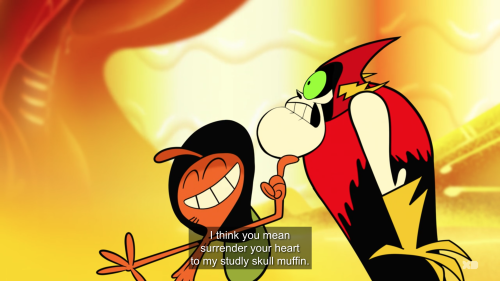 Decided to draw a fan made scene from a story me and @gaelic-the-wandering-fox are doing together and yes, I made a deal with Janet to stay with the crazy planet forever, it was the only way to rescue Wander from her.

I felt bad I made Wander and Gaelic shocked by this, luckily, I told them by smiling a hopeful smile that I would find a way off of Janet and the three of us will be a family again until one of Janet’s vines covered my mouth. I tried to get Janet to stop but she told me that sometimes she is forced to take extreme measures.

The two of us were having a great time writing until we had to put it on hold last night because we had to go to sleep. Hopefully, we’ll continue the story today! :) 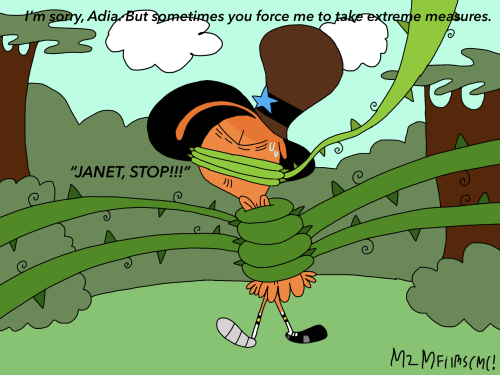 #My Art, #Wander Over Yonder, #@Gaelic-the-wandering-fox, #I still wanna RP as Janet with @Wandereroftheuniverse-blog someday.
1 notes · See All
wanderfan2000Photo

Good morning, everybody and happy 10th anniversary to Pokemon The Movie White: Victini and Zekrom! 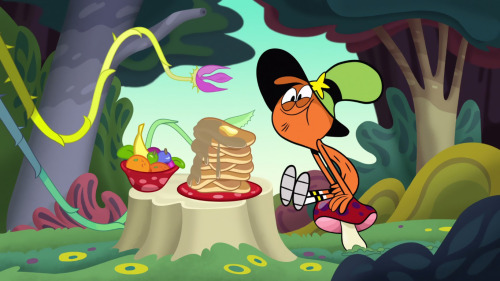 Goodnight everybody, see you in the morning and for the 10th anniversary of Victini and Zekrom! 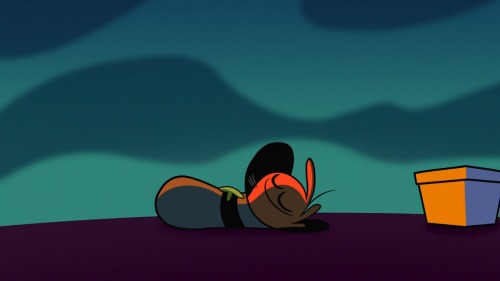 Hey,I’m rewatching Wander Over Yonder and I noticed somethin weird-

#wander over yonder, #savewoy, #evil sandwich, #woy evil sandwich, #ok ko, #ok ko lets be heroes, #a real magic skeleton, #crossover, #yo this is actually kinda stupid, #but also I'm stupid and like conecting everything, #so whatever-
3 notes · See All
wanderfan2000Photo

Guys, I can PLEASE get more heebie jeebie related questions from you?

They will be so fun to answer! 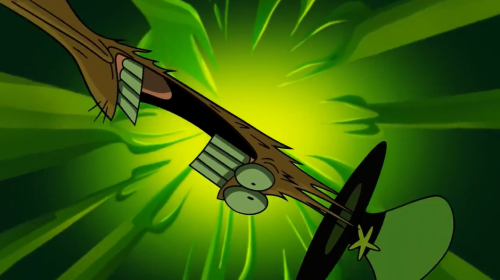 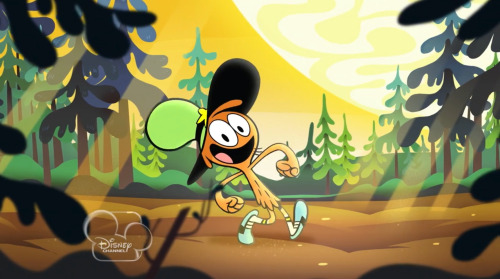 #Wander Over Yonder, #The Heebie Jeebies, #Ask WanderFan2000, #I already answered two of them but I would love to answer more!
1 notes · See All
iminwaytoomanyfandomsPhoto

No but seriously, this was an amazing show and I’m really upset at the fact that not only did it end abruptly, but that we had to learn of it’s cancellation from a journalist with no affiliation with the show and nothing better to do. 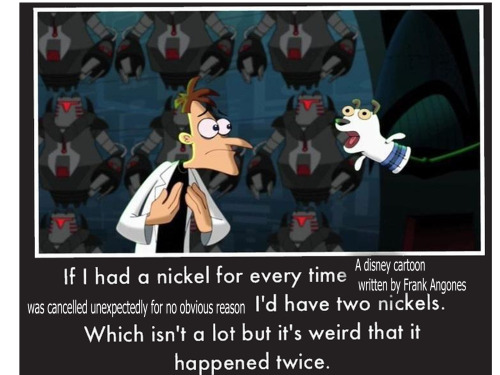 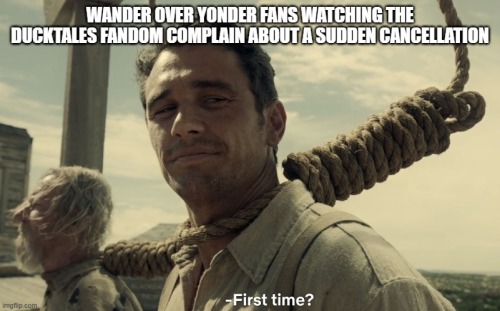 “Afraid? Well, I don’t usually get a lot of visitors. So, P-People give me the heebie jeebies!”

Howdy everybody, welcome to the first Throwback Thrusday of December and  what do you know, it’s actually Halloween in December this evening. I decided to share a old picture from Countdown To Halloween 2018 today. Now on todays throwback episode, I’m going to be taking a look back at one of my favorite pictures I drew in October 2018, Wander as the Pirate Mummy!

Wander in a Disney Junior show? Never though I would be drawing a crossover of this in the 2018 Halloween countdown. After discovering a clip from a new episode of Jake and the Neverland Pirates, discovering that Jack McBrayer was in it and becoming COMPLETELY OBSESSED with the Pirate Mummy. (No shocker there.), I knew that I HAD to make this crossover happen BADLY!

Looking back at this, I noticed that I didn’t cover Wander completely in bandages. I don’t know how this happen for unknown reasons. Also, you can tell that the design for him was actually getting more closer to the show’s style.

Another thing I remember was that back in high school, when I would draw this part on paper and as Wander says that people give him the heebie jeebies, I used to mention that Wander did get the heebie jeebies after he met his greatest fears, the Phantomimes.

Since I wasn’t very good at drawing a mummy’s tomb, I settled on a dark yellow type color for the background and just shaded it to make it look terrifying. It wasn’t the greatest idea I had in mind for this drawing but this was from 2018, so…

I loved drawing Wander as the pirate mummy and I would definitely want to to do a crossover of Wander meeting Pirate Mummy one day. Who knows?

Click here to see the new redraw I did of him! 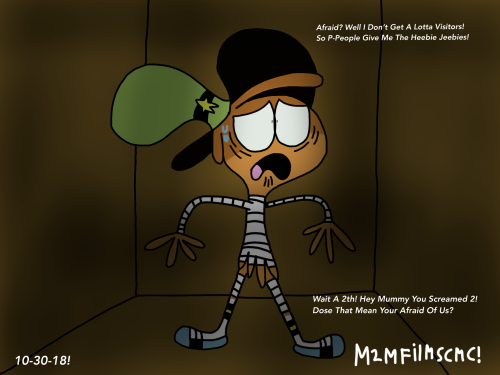 #Throwback Thursday, #Wander Over Yonder, #Who says you can’t combine Wander and Jake and the Neverland Pirates together?
1 notes · See All
screwball-jonesText

#I have several out of context screwball screenshots, #but this by far is one of my favourites, #wander over yonder, #woy, #dr screwball jones
13 notes · See All
carlycmarathecatPhoto

‘Now I’ve seen everything in this galaxy.’ 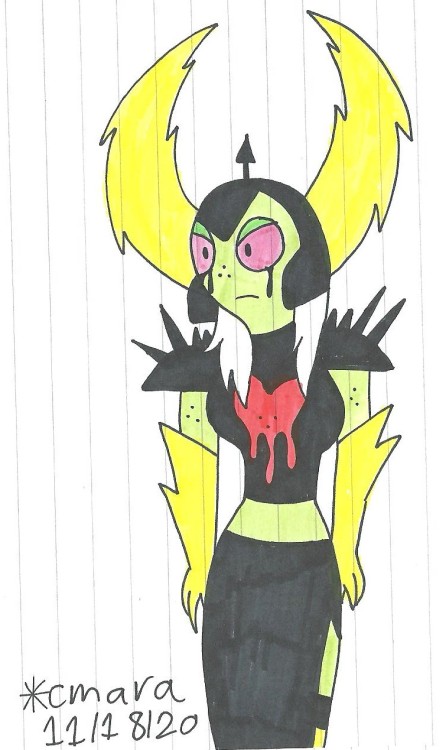 Moral of the story: NEVER let a ghost candle from Unvoa drain your life…

I though about drawing Wander with Litwick, at first the space traveler adores this ghostly candle but it turns out, it was actually tagging along with Wander while draining his life. When Wander hears this, he is shocked to find out he is now Litwick’s new source for fuel! He needs to get away from it, but how can he when it already has a strong grip on him?

This was not the first time Wander was drained of his power. 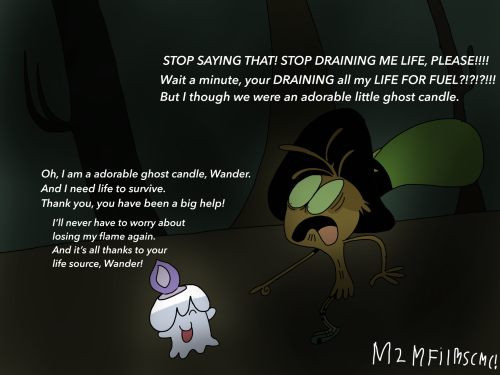 #My Art, #Wander Over Yonder, #Litwick, #Pokemon, #The dark forest of terror makes a grand return in this!
1 notes · See All
shaniyasamonText

Alright, anyone got any questions about this episode they would like to ask me about today?

Decided to draw this picture of what happen to me the other night, I could not sleep because my throat was dry, so I got up a glass of milk and gulped it down in a flash. I happen to be obsessed with dairy. The timer on the stove shows the time when I woke up. And yes, my messed up fur is just like Wander’s from The Heebie Jeebies! I couldn’t help myself to add a milk mustache on my face.

Actually when I was drawing this, it almost looks like I’m at a saloon while having my fist on the bar and saying: “Can I get another refill on my milk, please?” 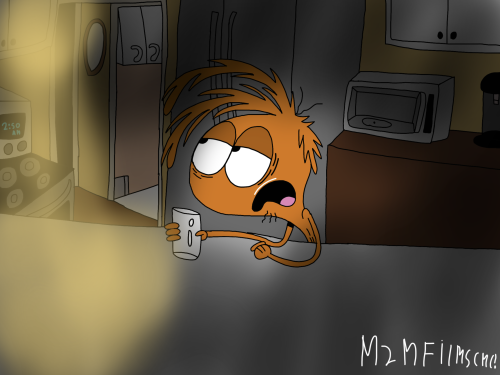 #My Art, #Wander Over Yonder, #Who knows maybe tomorrow I’ll draw myself drinking a glass of milk and eating an early morning snack...
1 notes · See All
wanderfan2000Photo 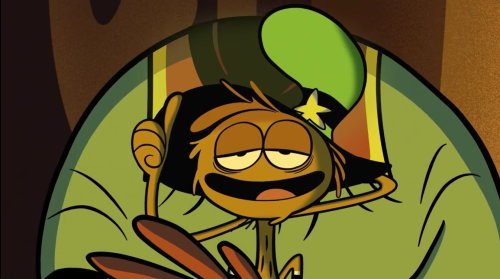 Great Disney cartoons of this era to have ended

The holy Trinity of 3 Disney cartoons to be screwed over

Well, time for me to hit the hay sack again tonight, Wanderers! Goodnight.

Also, you might be seeing a room tour this weekend. 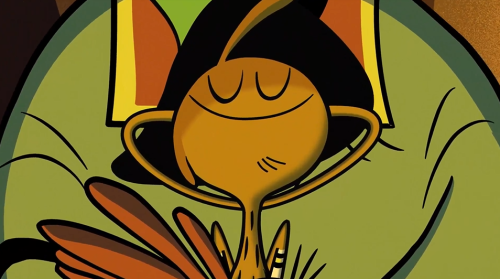 Especially as Wander and Janet the planet. I have tons of ideas for it.~

#Beileve me I’ve been obsessing over this episode a LOT lately., #And I’m still surprised I haven’t RP as Janet., #Actually I can capture her character EXTREMELY WELL!, #Hinting I have watched this episode over a MILLION OF TIMES!, #Wander Over Yonder, #The Lonely Planet, #Planet Janet, #@Wandereroftheuniverse-blog, #One day me and her will make this a reality.
1 notes · See All
Next Page