The Highs and Lows of Tardigrade Pregnancy

Water bears are some of the most terrifying things ever. I am really glad that they’re microscopic.

#water bears, #one of my fears
3 notes · See All
stonyartsText

SOME UNCORRUPTED GEMS WE NEVER SAW 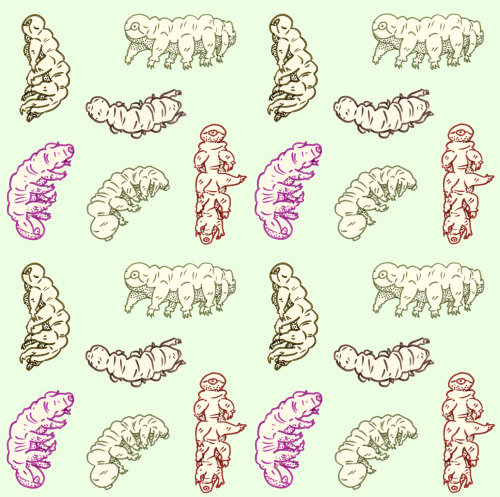 #They're little squishy friends!!, #Tardigrades, #Water bears, #Moss piglets, #Animals, #Micro-animal, #Squishy, #Pink, #Red, #Green, #Brown, #Pattern, #I replaced the previous version with a new one because the old one was too chaotic lmao
16 notes · See All
gayeldText

@what-the-waterbear My mother got this t-shirt for my 10-year old daughter. She’s grinning like a loon over it.

Watercolour tardigrade and hydra study, referenced from “Tardigrades: Chubby, Misunderstood, & Not Immortal” by Journey to the Microcosmos.

Have a look at their channel for high quality, educational footage of microscopic life! 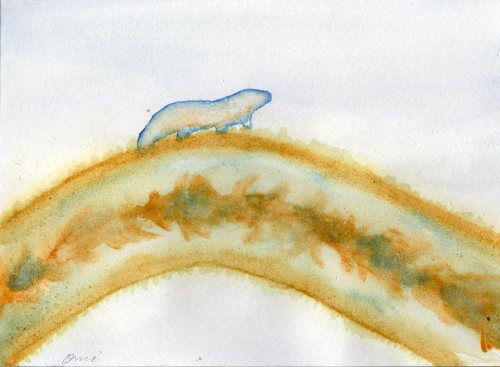 I’m proud of this video and it was fun to film. I plan on doing more videos about microorganisms in the future!

I forgot to mention in the video, but I am using an AmScope M150C microscope at 40x magnification. 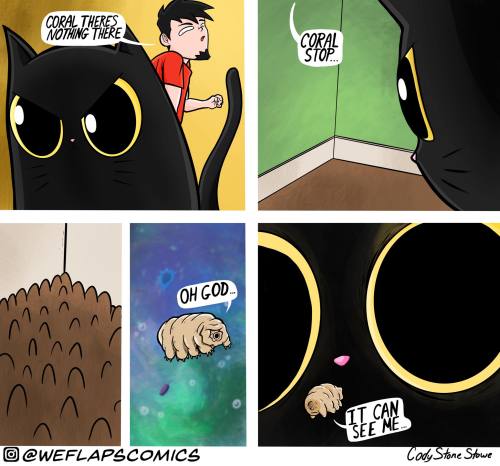 I imagine there’s an interesting story behind this.

TARDIGRADE is one of my favourite micro-animals. They have eight legs and love water. They hang out on mountains, rainforests, the ocean & Antarctica. They are tough and are one of the world’s best surviving animals. They can go without food and drink for years. They feed on plant cells and algae.
I think they are weirdly cute. 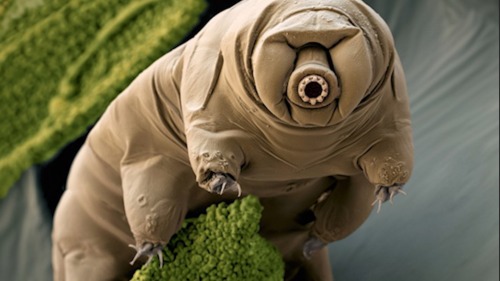 I highly recommend this channel (that’s the first video, they have 11 as I post this).

It’s soft, so calming, beautiful, and bonus: if your brain can retain information you get to learn things.

I personally like to watch it before bed to just get my brain to slow down and disconnect from my day.

#microcosmos, #small world, #calm video, #tardigrades, #water bears, #they have an episode on those, #but there is so much more, #it's fascinating, #not spn, #mypost, #video rec, #youtube
1 notes · See All
canadianabroadveryPhoto

Tardigrades: ‘Water bears’ stuck on the moon after crash

The moon might now be home to thousands of planet Earth’s most indestructible animals.

Tardigrades - often called water bears - are creatures under a millimetre long that can survive being heated to 150C and frozen to almost absolute zero.

They were travelling on an Israeli spacecraft that crash-landed on the moon in April.

And the co-founder of the organisation that put them there thinks they’re almost definitely still alive.

The water bears had been dehydrated to place them in suspended animation and then encased in artificial amber.

“We believe the chances of survival for the tardigrades… are extremely high.” 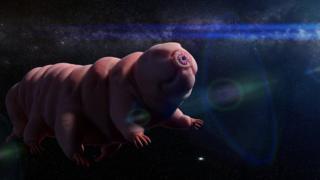 The water bears were traveling to the moon, along with human DNA. 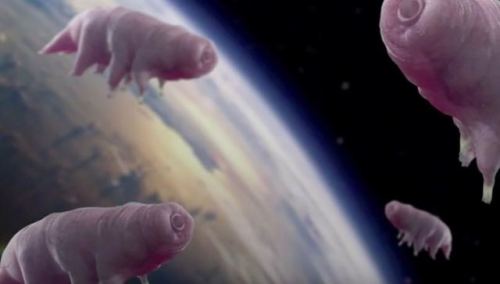 My first order of business as a new tumblr blogger is to inform of the future overlords of our planet, the water bear. These little fuckers are predicted to survive ten billion years after humans have died out. They have a gene that makes them immune to radiation and they have proteins in them that keep them alive even after being dried out and frozen for 30 years. They can survive the vacuum of space PLUS the sun’s radiation for ten days. Supernovae? Pfft don’t make them laugh. They can stand up to those. Asteroids? Child’s play to a water bear. They can survive gamma rays. Fucking gamma rays. Scientists at this point only experiment on them to see what they can do to kill them and spoiler alert: it isn’t much. They’re virtually invincible. Get this though- they only get to be about a millimeter long. Tiny tiny creatures with the resilience of a god. They have a brain and central nervous system plus most of your normal everyday organs; heart, lungs, stomach, anus, etc. However they share a certain anomaly in common with nematodes. While most animals have a certain set of genes containing 10 genes, water bears and nematodes only have 5 of these. Also like nematodes, they shed their skin to grow. They share this and the fact they have eight legs in common with arthropods. They have five distinct body segments though which makes them pretty unique body wise. They do have mouths, which are basically these little horror movie type jaws that pop out of their heads. However they’re herbivores and feed on lichen and moss. Where do they live you ask? Fucking anywhere. These bitches can live in temperatures from below 328 degrees Fahrenheit (negative 200 degrees Celsius) to over 300 degrees Fahrenheit (148.9 degrees Celsius). So basically if they wanted to they could live in a pot of boiling water. Or if that’s too warm they don’t need to worry they can just fucking dig a hole in the ice caps and be nice and cozy. After humans die out these things will rule the world I have no doubt in my mind. We might as well start bowing down now cause who knows, they could evolve to be intelligent before we all die. Then we’re fucked.

Tardigrades are arguably the toughest animals on earth, as Brett Westwood discovered when recording Natural Histories. With the appearance of a hoover bag and powers that put most sci-fi heroes to shame, these micro-animals can withstand being boiled, frozen or blasted into outer space…