I just realized something. At the end of the last fight with Azula, Katara uses a fire bending move. She without a doubt uses Iroh’s breath of fire move to heat up the water around her. Guess she picked up on his “learn from the other elements” method.

queen of my childhood 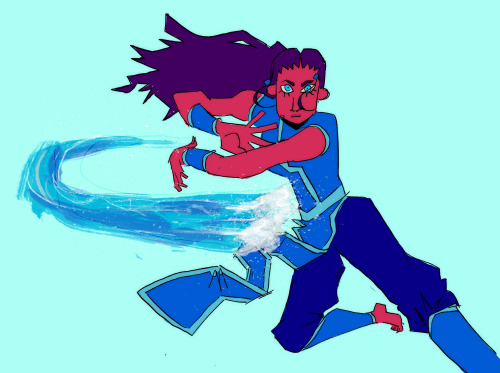 Im sorry but why does no one talk about Fire Nation capturing, inprisoning and probably killing ALL THE FREAKING WATERBEDNERS FROM SOUTHERN WATER TRIBE?!

There was a lot more killing than just The Air Nomads Genocide after all.

just watched some behind-the-scenes clips and interviews of the ATLA cast and the speaking voice of Sokka’s, Zuko’s and Aang’s voice actors sound EXACTLY like them it’s so freaky and amazing at the same time lol

Toph sounded very similar too, but not as much as the boys’.

Also, much respect for Appa & Momo’s voice actor as well as the late Mako for bringing Uncle Iroh to life 🔥

Well fuck. Now what have I done.

You know what, it almost totally makes sense that Amon, as a waterbender, can take away people’s bending. Hear me out.

Waterbending, you can also you to heal people. The water turns magical and glowy. Under this pretense, the fact that someone has to concentrate to change the property of water to heal, suggests that water is a conduit of energy- spiritual, regular, etc.

Therefore, Amon being a water bender, and learning how to take people’s bending away can make sense. As a prodigy of bloodbending, he must have figured out a way to also channel the energy of a human through the “water” inside one. Unlike a chi blocker, if he is bending the energy, he can block any single pathway in an irreversible manner. This is how Amon can take away people’s bending.

#legend of korra, #avatar the last airbender, #im telling you, #waterbending is fucking insane, #the most underrated bending imo, #that shit can do so much, #jfc, #its such a moral quandary, #waterbending, #bloodbending, #korra, #katara
13 notes · See All
failedfirebenderText

Chapter five of “WEAK” is already up on AO3! What are you waiting for to read it?

Okay I know it’s evil and bad and shit but do you know how awesome it would be to be able to bloodbend?? Like if I were a water bender I would want to learn that shit so bad…fire king wouldn’t stand a chance if I bent his blood into little spikes and ripped apart his nervous system and killed him from the inside out.

I made a water bender! Her name is Sakari, I made her for DND.

Imagine if Aang hadn’t been frozen for a hundred years, but went into hiding. It’s more than plausible he could survive that long. What if he was in hiding, truly in hiding, no contact with anyone, fire nation, water tribes, earth kingdom, and certianly no air nomads.

what if Aang, young twelve year old, ashamed he left his people before they were obliterated and vowed never to comeback to the world.

He’s already an airbending master, he’s got the tattoos. He’s still the avatar. He can bend all four elements. And he does. After a few years of isolation and no bending as penance he starts again. He water bends. It’s instinctual, it’s fluid, it’s crude. Self dense, a wild unagi, a few miles out to sea, between the southern air temple and the South Pole, unmapped island where Aang has been hiding.

But the bending. There’s a ferocity to it, its raw movement. It was never something he felt back when he airbended before they… before it happened. So he tries again. A simple air scooter. But it’s different now. No discipline, no form, no restrictions anymore. But it’s not lawless, it just is.

So he trains. He’s on a small island no one knows. No fire nation vessel ever ventures nearby, waters too rough, area’s too rocky. He trains. Water first, follow the cycle. But he has no teacher, no master to guide him, no scrolls to follow, he doesn’t look to the moon and sea. He just bends. Aang bends the water because the avatar spirit yearns for it. To regain balance. To do something. It can’t just sit and fester. It needs release. So he bends the water. Unrestrained bending. No form, no technique, no master, no practices, it’s just, Release.

Earth. He tries earth after the waves fall in sync with his breathing, the sea stills itself when he meditates, it really stills, flat as a glass left untouched.

Maybe Toph would learn to see with earthbending. She’s still discover how to bend metal. Badgermoles earthbend easier than they breathe. But it is nothing, nothing next to the way Aang understands the earth. He does not just see with the earth. What the earth senses, Aang senses. What touches the ground, Aang feels as well. And it flows to his will. The rocks that protect the island rotate while he sleeps. He could, he’s tried, he can move the plates, tectonic plates rise and sink, tilt and move when he asks. His island wanders the seas, it moves deeper. It’s always just over the horizon, never within sight of any ship, settlement or city. Kyoshi may have made an island, but he could remake the world. Aang moves and the earth follows.

Fire is power. Aang has already learned what power is when he learned two elements. Real power. Power without emotion. Power without rules, expectations, limits, fear, rage, pride, restrictions, or meaning. Aang sees power, isolated power, power in its essence, it’s Truth. By now fire is easy, fire is exhaling. When the sun is out Aang has to stop the fire from igniting, without his will, nothing can be near him and burn from the heat. Aang doesn’t fear Sozin’s comet returning. Aang wills it to turn to cease burning where it stands.

Air. Aang knew air like a brother. He grew up with it, he knew it better than he even knew Gyatso. But now, know doesn’t even touch what he has now. Know suggests a separation. There is no separation. Aang Is air. Zaheer give up the earthly tether, entered the void, but Aang fills the void.

Imagine an avatar who is not taught the elements. An avatar with no masters, no culture, no one. He doesn’t look to the moon, the sea, the sun, the dragons, the bison, the badgermoles, no where. An avatar that bends in its rawest form. An Avatar that lived a hundred years, completely alone, before he deems himself ready, worthy, to face the world again. And the world never stands a chance.

#avatar, #atla, #avatar the last airbender, #airbending, #waterbending, #earthbending, #firebending, #airbender, #waterbender, #earthbender, #firebender, #what if aang was never in the iceberg but lived out his days alone, #teaching himself the elements, #with nothing to guide him, #its just him and the elements, #avatar au, #atla au, #avatar what if, #idk just writing what comes to mind, #idk why its formatted weird
141 notes · See All
thewheezingbubbledragonText

Some Nerd: “If you could choose to be any kind of bender from Avatar, which one would you be? Can’t choose the Avatar!”

There’s water in the air, and guess what? I can fly, and make ice knives while sending you into a state of rapid dehydration.

Theres water in your body, and guess what? I just water bent your brain through your nose, and used the fluid from your lungs to hydrate my succulent.

There’s water in the deepest part of the underground, and guess what? Do it yourself oasis in the middle of the desert, never go thirsty again.

Theres water in MY body, and guess what? I can do parkour AND fly.

Theres water halfway across the room, and guess what? WATER BENDING THAT LIKE A PERFECT FOUNTAIN OF PEAK PERFORMANCE AND HYDRATION.

Theres water literally everywhere and guess what? I AM Frozone from the Incredibles.

Theres water in the air, bro. And guess what? I just denied your body and brain access to it, thereby slowly drying out your lungs and throat, significantly decreasing your lifespan as you choke on your own hubris to think you could face me.

People and most lifeforms are 60% water and up.

I can dry out villages who deny my power in seconds, leave their ashes to crumble away and funnel the water gained to my allies.

I can sap the pure water from the bodies of any spies in my court and drink it in my cup made from the ice of the fluid in their bones.

I dont NEED to be the Avatar.

Water bending gives you the power of Ancient Eldritch Beings, if only you would drop your inhibitions and listen for the sound of rain.

so first of all I was right about the creepy old waterbending lady and honestly those are probably the worst types of villains the ones who force you to turn into them into something you hate, that youre disgusted, revolted by oh man theyre terrible just for that 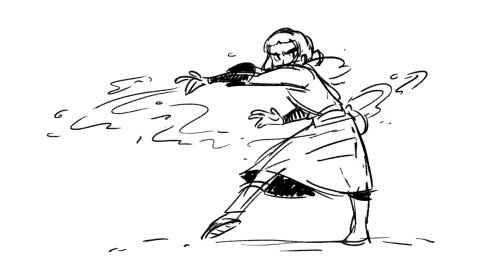 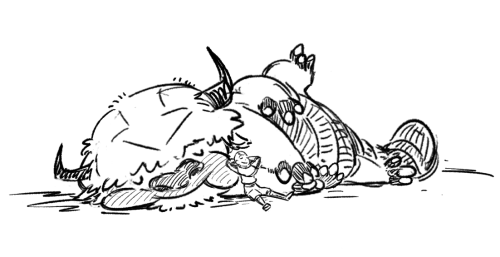 Okay, but air and water have similar movements, I guess? And considering how the North Tribe is…

Yeah, I don’t blame Katara for turning to another bender rather than them.

And good job with the exposition!

I adore Katara and Sokka’s dynamic so much and whats better than to doodle them in an art block? 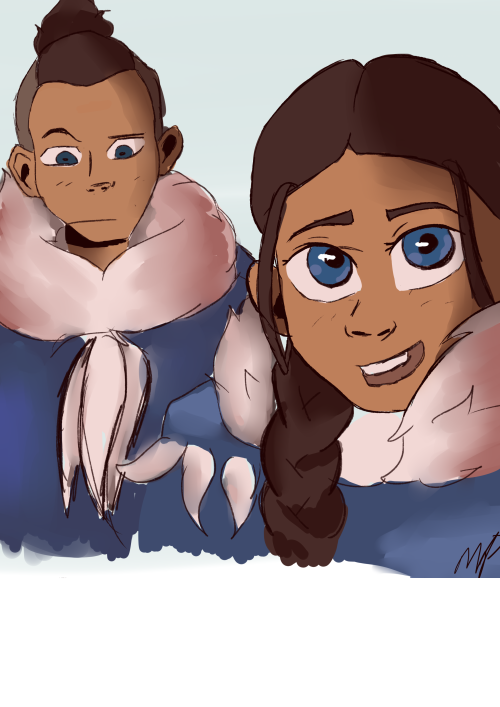 I kinda wish Imprisoned, the ATLA episode with Haru, had happened later in the series. Can you imagine a book 2 or 3 Katara being put on a metal rig in the middle of the ocean and told she’s powerless because she can’t bend?

#it would be amazing, #atla, #katara, #waterbending, #avatar the last airbender, #mine
19 notes · See All
Next Page