“Yeah. Purple Dot. Like Pink but better. Strong as powder if you take a lot of it.”

“This is better than candy.”

“Don’t fucking call me that.”

Talita glanced around the quiet service hallway behind the pilot kiosk of the landing garage at La Maria Theater, a historic landmark that Arbiter Pendergast had chosen to hold the fundraiser that night. She gathered the skirts of her shimmering gown—it was a promotional model by a designer who supported Pender-Pal—and shifted closer to Ivan, who’d cleaned up as well and wore a dark blue evening suit. Smoky, light blue-red venom swirled around the inside of the vial he held in his palm, something that looked like a mix of ether-like mist and fluid liquid.

“It’ll go right in the cartridge?” she asked.

“If it’s unlocked you’re good. Otherwise the sensors will clog and fail. You know the drill.”

She chewed her lip before nodding, glancing at her COM band. The fundraiser wasn’t just a party for the arbiter’s benefit but also part of her volunteer service for Temple Altir, to aid the high priestess of Isten Dar—Ava’s mother—in promoting Union’s Unifaith movement. That meant Talita expected plenty of questions about both public figures, aside from the usual gushing society questions about who she was wearing and who’d done her hair. A hit of something good before she hit that stage would make things so much better.

He shook his head, incredulous. “Goddamn, Li. Relax. I’m not pitying you. If you’d listen for a fucking second I could tell you it’s a sample. Meant to be free. You’re too fucking touchy. Fucking annoying.” He handed the vial to her and she hesitated before accepting, a slight flush reddening her cheeks.

Hello My Dear friend FOCUS AND LOVE Ur WORK

Hello My Dear friend very good morning 4 u & ur family

not my normal style but I just think ENA neat :)

also no no nonono no noo 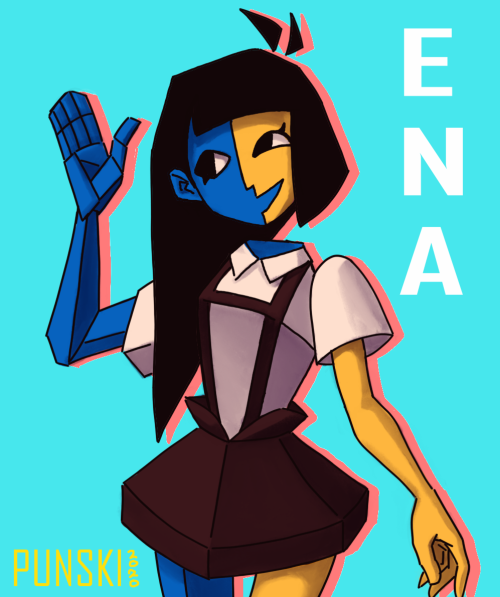 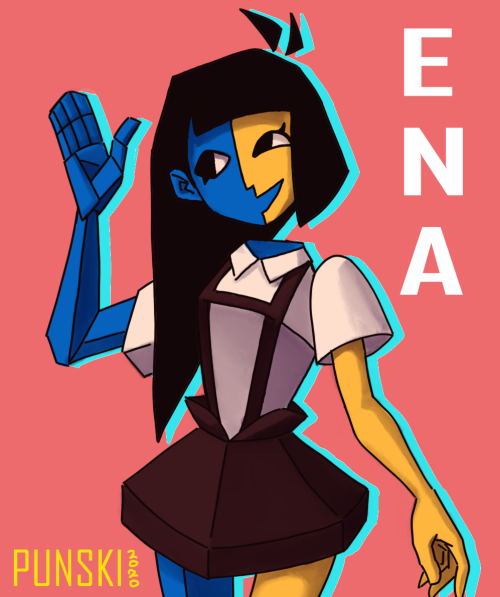 #Ina's Art, #ENA, #Joel g, #web series, #gif, #flashing, #eye strain, #seizure warning, #if i could marry a character design......., #i tried to experiment with different brushes and actually making my line art look kinda okay and even, #first time making a gif in sketchbook pro and it's not the greatest lol
86 notes · See All
odisparoText

Willem Grimley lived in a strange home for a Union admin. Elias found that out within seconds of breaching the establishment nestled within the North mountains. He entered through the backyard with Navigator Jamal Noor, using authorized UIA override keys to gain quick, quiet, and hidden entry. Grimley’s residence, he decided, was one of the strangest he’d ever seen, and he’d passed through plenty of awful ones before.

Grimley owned many items indicating an income far beyond the regulation pay of an A3 admin. He’d sprung for a pricey permit to build his home in the far reaches of NNW and invested in a spacious private in-ground swimming pool with bubbling jets and an almost-transparent climate enclosure. Elias couldn’t recall the last time he’d seen such a sizable residential pool, much less one inside of a climate bubble.

The home was lit with automatic lights that turned on as the men moved through the halls to locate Grimley, who’d returned from the final workday before the Harvest holiday just a few minutes earlier. As the lights flickered on and off Elias heard pattering footsteps—someone running—and took after the noise with Noor close behind.

Elias split paths with the navigator to cover more ground, sprinting through the linking rooms until they’d cornered the shaking admin within a furnished study. He stifled reaction as he kept his pistol aimed Grimley, his peripheral vision catching glimpses of preserved animal carcasses mounted and displayed around them, staring from every angle with glassy dead eyes.

Episode 14 of Trials of Telma!

And the last of the Halloween episodes *sad face*

Hello My Dear friend good night 2 u & ur family

I’ve got a lot of big things in the works. Not just videos either 👀 I’ll post an update later today. 👽

Hello My Dear friend FOCUS AND LOVE Ur WORK

The Weird Sisters, Hecate and Macbeth in episode 5 of Fair is Foul: Toil and Trouble

This is just a post where I say that Remus is a Death Positive and Sex Positive icon.

#sanders sides, #remus sanders, #(mod post), #(this has been in my drafts folder for eons), #web series
15 notes · See All
Next Page