Rachel got hitched today. I thought that I’d be overwhelmed with sentimentality and shit, because she is my very first friend, my childhood buddy, and to this date I believe, the best friend I’ve ever had (am I using too many commas? Whatever…), so I thought it’d be quite a loaded moment for me when she finally got married, but then  It felt like a pretty plain and uneventful occasion. One moment she was unmarried and then the next the certificate was signed and everybody was clapping and she was Mrs Tan.

I guess sometimes the most important and eventful moments of our lives just pass by like this. It’s only when we look back a couple of months or years down the road, that it dawns on us: shit, it’s real. Things have changed, oh my goodness!! Seriously, humans are such wretched creatures.

There’s been some friction between my sister and I now that we are at home so much of the time. Nothing too serious, just all the old petty squabbles and resentment over her not helping out enough and caring for the family blah blah rearing their ugly filthy heads again. I get annoyed at her, then get annoyed at myself for getting annoyed at her. Then get annoyed at the whole world and my existence. Ugh.

Maybe now it’s time to put to practice the stuff that I’ve been reading in the Bible about submitting to one another out of reverence for Christ. It sounded good when I was reading it as lines on the paper. Quite another thing to have to do it. Well, I’d do it as far as God gives me the grace to, because if it’s just left to me I’d probably just finish up in some embarrassing meltdown where I throw some childish tantrum even though I’m already 24. When you’re a child you think that adults at the age of 24 have got their shit together, but then when you really become 24 you discover that they’re just as childish and idiotic most of the times. Once again, seriously humans are such wretched creatures.

I think I’ll stop writing now. I’ve been told that there is a certain eloquence to my writing so I don’t want to spoil that impression by writing any further rubbish.

PS I’ m writing this on some offline editor that’s going to cost me fifty macaroons (in usd??) after the free trial. Hopefully the free trial just somehow doesn’t end.

Ben: Hey pedguin could you do something for me?

Pedguin: I would literally cover up a mirder you commited

Ben: Could you help me with the dishes?

Pedguin: Fuck you and your dishes

Me, seeing the world burn:

On April Fools day in the 5th grade I pranked my friends by telling them I might be addicted to coke. They were totally upset and scared. They were ready to take me to the counselor or class teacher. Today, 12th grade if I tried to prank them with that they’d be like “Yo can I try some?”

((Huh. Weird. There was an earthquake here in my hometown. Didn’t do any damage. Just enough to say “Huh. Earthquake. Odd.” Enough to jiggle me a little.))

There’s always that one weird rule at work, and ours is ‘No microwaving socks’ 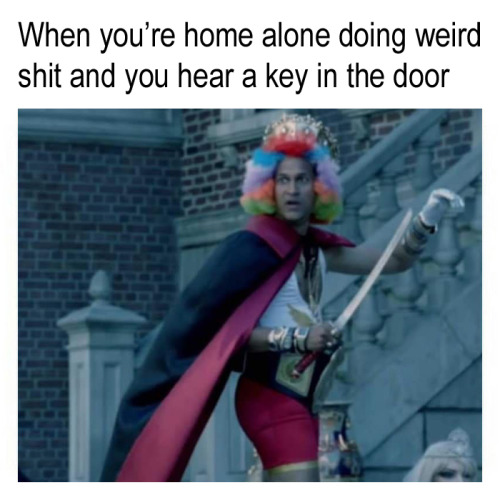 First of all, what you’re suggesting is impossible

Secondly, I’m a god in my profession, so let’s get started

Don’t you sometimes get this suddent urge to make a stupid edit?

What do you mean with “no, girl, are you insane”?

Lewis: None of us are going to heaven because know about it and by default all our good actions here on out are morally corrupt so just be an arsonist

If i dropped a plugged in toaster into a lake would electrocute everyone swimmijg in it or is there a ratio of water to toaster thats required? Like is a swimming pool too big?? I need answers

We had a sub for history once and she basically just gave us a worksheet and let us talk and hang out and seemingly ignored us and at one point I asked my friend “hey if you could go back in time and screw one person from history, who would it be” and without hesitation our apparently eavesdropping teacher said “Ieyasu Tokugawa” and I think about it every day