Lifetime TV stands ready and proud to bring to you the untold stories of the Queens of Hip Hop, Salt-N-Pepa, and the Queen of Hot Topics, Wendy Williams. Get ready for “behind the scenes” footage of these powerful women, their personal struggles, challenges and mega successes. The well-written and produced biopics leave no stone unturned. You will be carried into their dark spaces and relationships. As you experience their journeys expect unknown details to be revealed. The casting directors are to be applauded, having selected talented actors that portray their characters down to the smallest of details. The time and effort expended to bring the two powerful stories to screen is clear from the onset. Plan now to watch and let us know your thoughts on social media @naomijrichard!

Salt-N-Pepa details the journey of Queensborough Community College students Cheryl “Salt” James and Sandra “Pepa” Denton as they enter the world of rap and hip hop, after recording a song for their friend Hurby Azor. Salt-N-Pepa made a huge impact as one of the first all-female rap groups, changing the look of hip hop and being unafraid to talk about sex and share their thoughts on men. The movie follows the group as they become the first female rap act to go platinum and experience ground-breaking success with multiple awards, including a Grammy® Award - paving the way for all female rappers to follow. The film will feature performances of Salt-N-Pepa’s greatest hits, including: “Let’s Talk About Sex”, “What a Man”, “Shoop” and “Push It.” The movie stars GG Townson as Cheryl “Salt” James, Laila Odom as Sandra “Pepa” Denton, Cleveland Berto as music producer "Hurby Azor,” Jermel Howard as rapper “Treach” and Monique Paul as “DJ Spinderella." Salt-N-Pepa is produced by Sony Pictures Television and directed by Mario Van Peebles (New Jack City, Baadasssss!) from a script by Abdul Williams (The Bobby Brown Story, The New Edition Story). Robert Teitel (The Hate U Give, Barbershop Franchise) from State Street Pictures serves as executive producer. The biopic is also executive produced by Cheryl James, Sandra Denton, Shakim Compere and Queen Latifah and is co-executive produced by Hurby Azor. Sebastian Dungan serves as the Lifetime executive in charge of production.

After 35 years, the reigning Queens of Hip Hop are still going strong. Salt-N-Pepa sit down for a fun and intimate discussion about what makes their iconic partnership work, how these two very different personalities find the delicate balance to keep it going, and how their pioneering style continues to influence the music world today. Hosted by Loni Love, the special is packed with never-before heard stories about their lives and careers and share exclusive BTS footage, with a few surprises and special guests along the way! Salt-N-Pepa Interview Special is produced by A&E Originals with Ted Butler as executive producer.

Talk show host Wendy Williams executive produces the biopic on her life, revealing the highs and lows she has experienced throughout the years. Wendy has made herself the go-to source for great celebrity dish on her hit talk show, The Wendy Williams Show, but recently the spotlight has turned towards her. The authorized project provides a revealing look at Wendy’s journey, from her scrappy upstart days in urban radio to the success of her own syndicated talk show. Despite all the naysayers and obstacles Wendy encountered throughout her life, her strength and determination have allowed her to thrive. Ciera Payton takes on the lead role while Morocco Omari stars as Wendy’s ex-husband Kevin Hunter. Produced by Front Street for Lifetime and executive produced by Wendy Williams, Will Packer and Sheila Ducksworth. Darren Grant directs from a script written by Leigh Davenport and Scarlett Lacey.

In this feature length documentary, Wendy Williams, the self-anointed Queen of all Media, sheds her private persona and speaks directly to the camera, discussing every inch of joy and humiliation she has experienced since childhood. From her apartment in Manhattan, we’re with Wendy during the course of her divorce, as she deals with being a ‘Hot Topic’ and finds a way to right her ship again. It’s a raw, no holds barred look with never-before heard truths about Wendy’s notorious feuds with celebrities, her shocking divorce, her childhood and the private darkness she has endured. This is the story of a self-made woman who finds herself at the start of a new life, uncertain of the future, but ready to reclaim her crown. The documentary is produced by eOne and Creature Films for Lifetime. Executive producers include Wendy Williams, Tara Long, Mark Ford, Kevin Lopez, Sarah Girgis and Joie Jacoby. Brie Miranda Bryant and Gena McCarthy serve as executive producers for Lifetime.

All images courtesy of Lifetime TV. 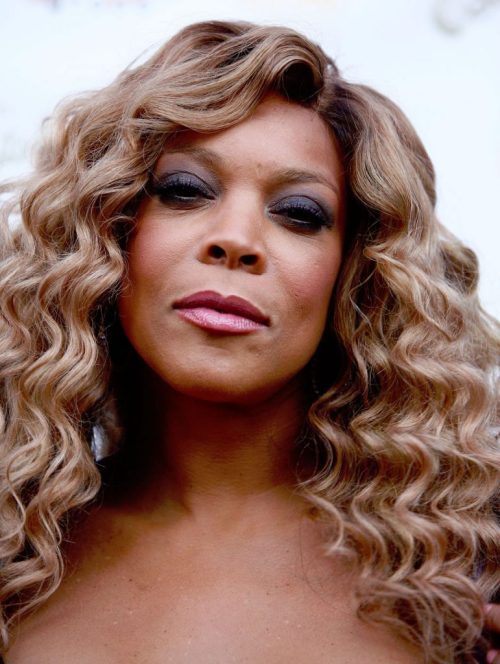 WHY I ALWAYS FALL IN LOVE W GAY MAN😭

Can someone kill me? PLS I CANT LIVE LIKE THAT ANYMORE😭😭😭😭😭

See this outfit at WornOnTV 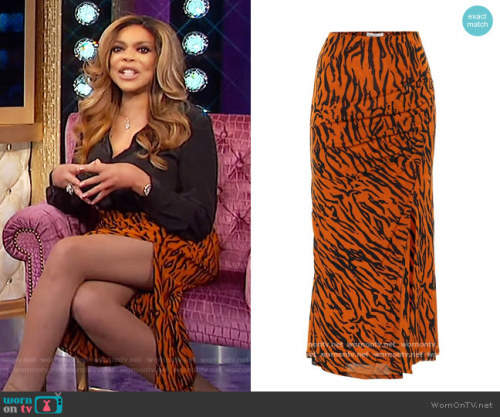 Accidently caught a glimpse of the Wendy William’s show and you know what fuck that chick.

How did she even get famous?!?!

Wendy Williams Slams Her Brother Tommy On-Air For Alleging She Skipped Their Mother’s Funeral—“All You Are Is My Brother”.

Roommates, fans are used to Wendy Williams spilling the tea on celebrities and their drama, but every now and then her own tumultuous life is the subject of the gossip.

Following her brother’s previous claims that she didn’t attend the recent funeral of their mother, Wendy…

Talk show queen Wendy Williams came clean last week, that she was raped by 1980s R&B singer Sherrick. Wendy told her audience that the singer lured her into his room, then “date raped” her when she was a young radio DJ in Washington, D.C..

Now MTO News has learned that Sherrick’s widow is coming out with a statement concerning Wendy’s rape allegations.
Wendy Williams revealed the identity of her…

Wendy Williams has claimed she was “mesmerised” by her sexual abuser before she was alleged, “date r@ped”.
The 56-year-old television star is set to air her allegations of rape and s.e.xual assault against the late R&B singer Sherrick in her upcoming Lifetime biopic, ‘Wendy Williams: The Movie’, and ahead of the movie, she has explained how she felt about Sherrick prior to the alleged…

“He posed for three photos for me and was such a gentleman.”

Harry was mentioned on the Wendy Williams show during Celebrity Fan Out!

See this outfit at WornOnTV 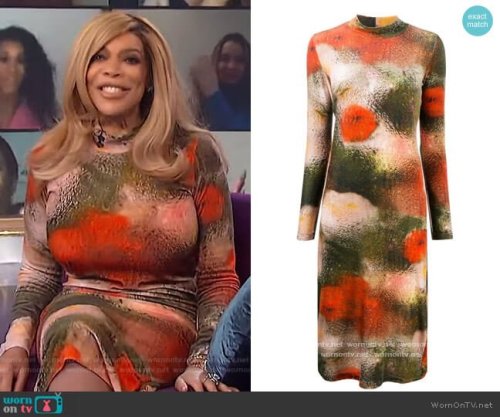