Trending Blogs
#what do you mean this didn't happen
chill-koiPhoto

Me: Gogol is a complex character with interesting views on ethics and freedom 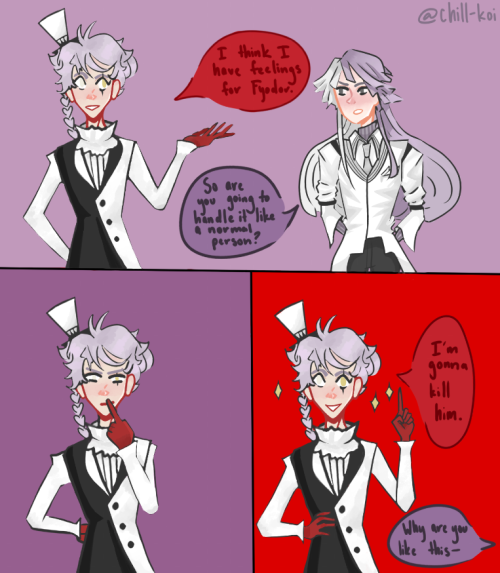 so I have this crazy theory… remember Eve’s conversation with Carolyn about Dasha? Apparently at some point she killed one of her own and was kicked out of KGB. Now, remember the conversation between Konstantin and Villanelle back in 3x02 about how Dasha betrayed her and Villanelle always said she’d kill her? So… what IF Dasha killed Oksana’s father and thus was not only kicked out of KGB but also Oksana made a promise to kill her one day for what she did.

It sounds crazy and probably that’s not what happened, but what if… I mean it’s time for Dasha to go and she will. But that line about her killing one of her own is definitely foreshadowing… so either she killed someone special in Oksana’s life.. or she will try to take out Oksana because she no longer wants to work for the Twelve. I can totally see it happening.. or at least Dasha trying something and having Eve there to save Oksana by killing Dasha instead… that would be some QUALITY content.

#ke spoilers, #killing eve, #villanelle, #eve polastri, #villaneve, #villanelle x dasha, #eve x dasha, #ke theory, #ke*, #i mean.. can you imagine?!, #most likely the part with her father didn't happen, #but like..., #the theory itself is REALLY cool, #i love to see it, #what do you guys think?
52 notes · See All
alwaysbored005Text

Arsinoe during that scene in which Mirabella attacked her from ODT:Don’t do this to me. I’m your sister.

So I’m not going to share my current age, but I am a minor, so I guess - keep that in mind. I realized I was ace when I was 15, because that’s when me and my ex broke up. Little young to be in a relationship, but she was a year older than me and you know how high school kids are. And if I’m being honest, I guess even now I’m still struggling with the ace thing. Because as supportive as my mother is, every time I bring up the possibility of being ace, she responds with, “You’re too young to pigeon-hole yourself with a label. Don’t worry about that right now. When I was your age, I felt the same way.” And I love her and she means well, but sometimes it just makes me feel like maybe I’m not ace and I’ve been lying to everyone.

That got a little deep there at the end, didn’t it, haha? Sorry about that anon. The short answer is that I was 15, but even to this day I still sometimes struggle with that realization.

#it also doesnt help when your ex may have possibly been acephobic, #not actively, #but like - subconciously, #basically what happened is she asked me why i was sad, #i told her it was because i didnt like kissing her that much, #and she flipped out and said stuff like, #'does that mean you're ace?', #'does that mean you never loved me?', #'why wouldn't you tell me you don't love me?', #and i had to be like, #'okay first off i know we're lesbians but it's been three months and i defintely do not love you', #'and second - why the hell would i be dating you if i didn't have some sort of feelings for you?', #but it's kind of what i deserve, #for thinking that dating someone with a lot of repressed issues at 15, #would turn out as anything less than a disaster, #anyway, #these tags went off like usual, #and i probably shouldn't share that - but you know what?, #i guess i kind of just needed to get that out - even just that tiny little bit
5 notes · See All
bleuskaisPhoto

#legends of tomorrow, #mick rory, #lita rory, #nate heywood, #steelwave, #¤, #how do you gif?, #what do you mean 'that didn't happen'?!, #does this count as a proposal?, #or were they married all along?!
358 notes · See All
sweetcinnamonmaplesyrupText

Your honour, you see this man right here? Yeah, this one? He is baby, no cap.

I found an excuse to draw this boy, and I rAN WITH IT!! So glad I decided to take art as an elective this year lol, it’s thanks to those classes I get to draw more during this time and we live for that in this house 👌

Anyway, this is Bonic!! He belongs to @crabbng, who is an absolute precious person (I’ve known them for two weeks, but I’ve already decided to lay my life down for them and their content- it’s just good, heart melting stuff they have over on their blog, please go check them out and support them :“)). He belongs to their series called "Kings of Sorts” and so far, it’s g r e a t. If I ever get the time, I’ll draw Hana too because we need a match– Baby will appear too :DD

Now back to other school things- hah-

Edit: I was about to go to sleep when I realised I wrote “King of Sorts” rather than “Kings of Sorts” under his name and I feel stupidddd- I changed it on the drawing but it’s late and I can’t be bothered to change it- fffffffff-

So, I went back to read the chapters that happen at the end of raid cause I was wondering if I misread the part with the Quirk erasing bullets. I originally thought that Toga’s group grabbed them because Overhaul threw them to Nemoto. I didn’t realize he managed to put them back in his coat after Mirio got his Quirk erased.

So Shigaraki really did grab the bullets when his group went after Overhaul which means the police really messed up by not searching Overhaul before securing him in that van. Like isn’t that a part of police protocol: making sure the suspect doesn’t have anything potentially dangerous on them?

Anyway, I still feel like the villains wouldn’t get their hands on the bullets in TABF because in that setting both Nighteye and Aizawa are both with Overhaul, and unlike the police, these two are rational men. No way would they not search him to make sure he had nothing dangerous on him. Sure, they’re both reeling from what happened to Eri and Fortune, but I don’t think that would be enough to make them lose their focus since they are professionals.

Plus, since Overhaul never used the bullets in the battle against Mirio, that means the villains never found out about the bullets that permanently erase Quirks. So even if Overhaul had them on him, I don’t know if Shigaraki would think to search him because he only knew they were there thanks to Toga’s group who was watching the fight.

So, I’m still gonna stick with the scenario where the Quirk erasing bullets never fell into the villains’ hands since it makes the most sense.

#TABF, #I can't believe the police didn't search him, #I know he was incapacitated, #but that doesn't mean you shouldn't make sure he has nothing dangerous on him, #they should've taken all of his belongings off of him, #aside from his clothes of course, #cause you never can be too careful, #weapons can be hidden anywhere after all, #nighteye and aizawa wouldn't make that mistake, #those two are way too smart to do that, #plus aizawa is low key pissed about what happened to fortune, #so he really wants to make sure overhaul can't pull a fast one
4 notes · See All
chibinoyumePhoto

From enemies to family.

#blindspot, #jaimie alexander, #ennis esmer, #rich dotcom, #jane doe, #5x01, #this was so cute, #i love how far they've come, #also my two faves, #happy sigh, #and then the next part just destroyed us :'(, #but no what do you mean that didn't happen, #lalalala, #my gifset, #my gifs, #blindspot gif, #nbc blindspot, #scheduled post
112 notes · See All
unspokenfandomsChat
100% Tanjiro
Tanjiro: *walks into a dark building*
Tanjiro: Hey there demons
Tanjiro: It's ya boy
Demons: *screech*
#kny, #what do you mean this didn't happen, #100 percent sure, #tanjiro, #kimestu no yaiba, #unsfandoms
14 notes · See All
boba-thotPhoto 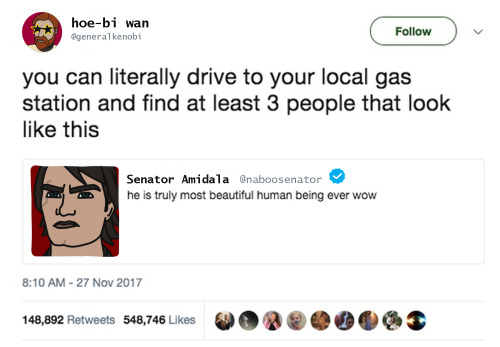 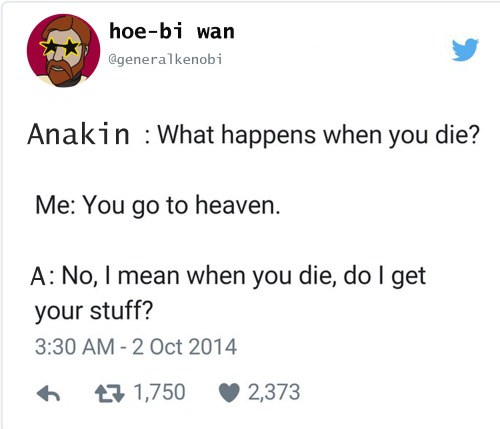 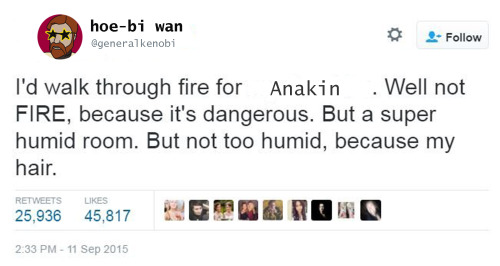 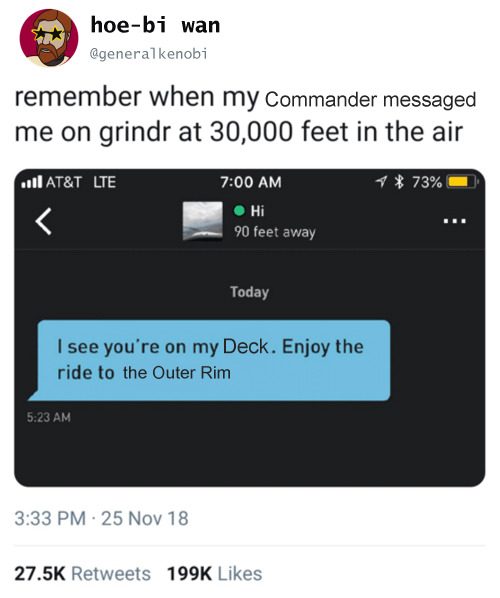 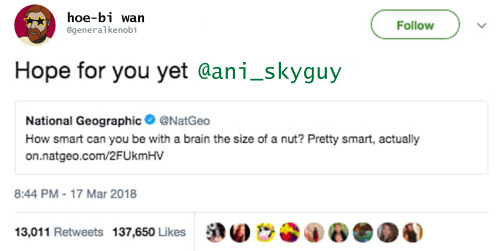 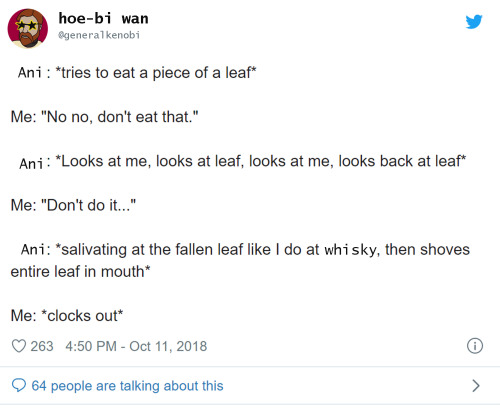 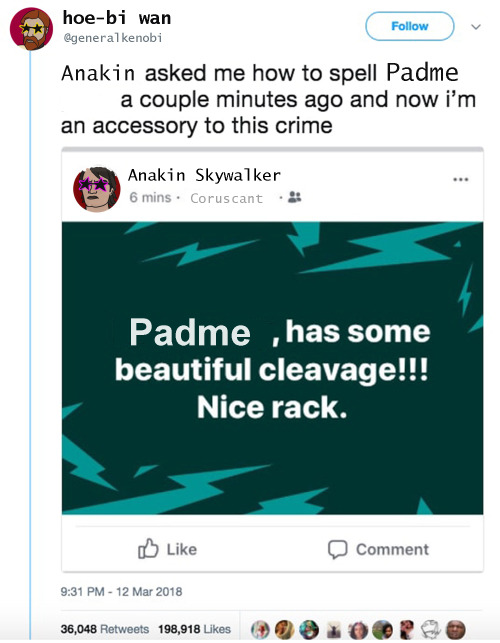 Texas and Lappland meet for the first time

Texas: hey I’m Texas. You are? 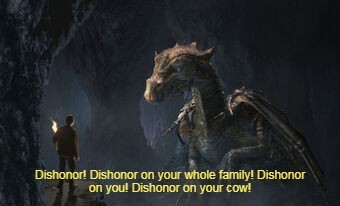 #merlin bbc, #his name... mulan, #mulan au, #kilgharrah, #what do you mean this didn't happen
8 notes · See All
sfrostwolfText

Them in a nutshell…

Crossiant: hey Lappland what are you doing?

Crossiant, looking over her shoulder: oh! You must be pretty busy-

Crossiant: am I tripping out or does it say ‘Texas’?

Mephisto, brandishing his army of zombie Reunion: yOU READY TO FUCKING DIE?!

Ch'en, yelling from across the rooftop: I’M A BAD BITCH YOU CAN’T KILL ME!

Nagito: You know when your mum told you to ‘take out the trash’? She meant me. I’m the trash. Please date me.

#what do you mean this didn't happen, #totally said it to hajime lol, #hajime sort your fluffy bf out, #nagito komaeda, #danganronpa incorrect quotes, #danganronpa sdr2, #source: ?
9 notes · See All
Next Page