#are middle names even a thing on the ark???, #whatev, #🌸 it is my god given bisexual right to be dramatic. ❪ out of character. ❫
2 notes · See All
nephilium-sText

Using my 2nd number more often even deleted my WhatsApp and re-made new one few days ago. Don’t think I wanted to delete this other number of mine. Changed almost everything I guess. Thinking to delete the number I used to using but guess I still can use it. Have low mood in most weeks and had up and down a lot, have been in triggered too these lately but it fine, I guess.

risingsouls said: "You are really short.“ (from nabooru to krillin 😘)

I’m ugly but my dick pretty

“you were just about going to buy DMC5SE? you probably new player. thought you’re only blogging, photography and do other things. like normal casual people does”

lol duh i’ve been playing Devil May Cry since number 2 came out. i already done playing the third one, the 4th & even special edition one. I even done playing the reboot too. i bought Devil May Cry 5 when it first came out last year. don’t judge. i’m a good player of hack and slash mode too, i’ll fucking beat your rank if i’m upset. i do a lot of things not just that, don’t judge somebody just because you cannot see what’s going on and etc. you’ll be surprised knowing what I could do and what I have with me. you won’t even believe me if i said i do own weapons and into lots of other shits. because I do. SURPRISE. be prepared to hear more.

I didn’t realize it was Bisexuality Day , or that it was coming up at all

and yet somehow finishing this aligned perfectly

Albus Potter is a mess and I love him 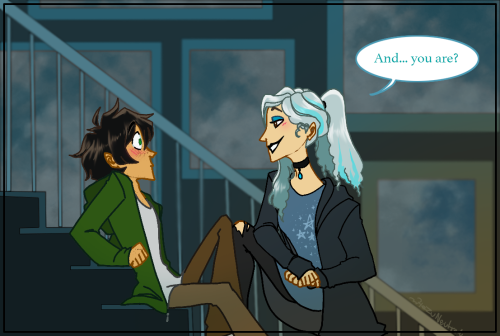 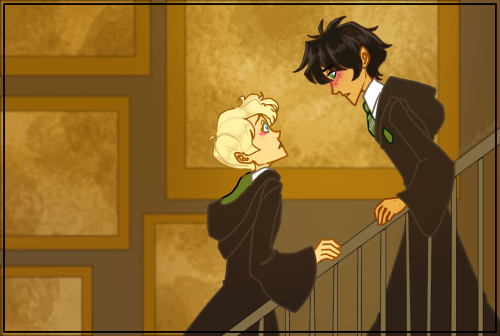 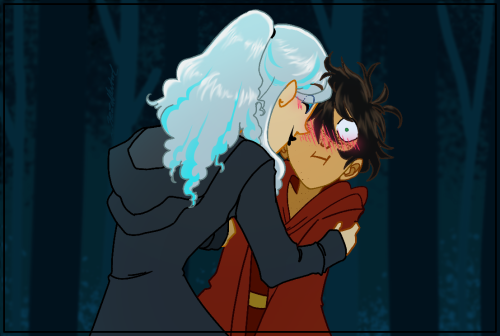 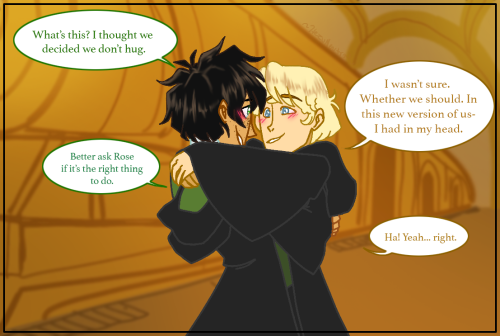 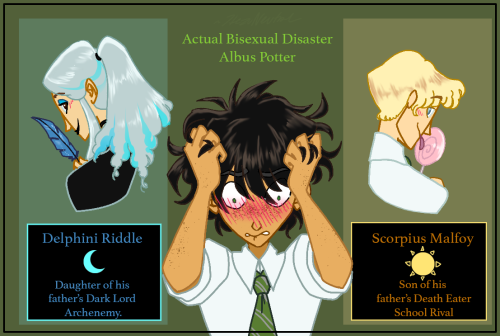 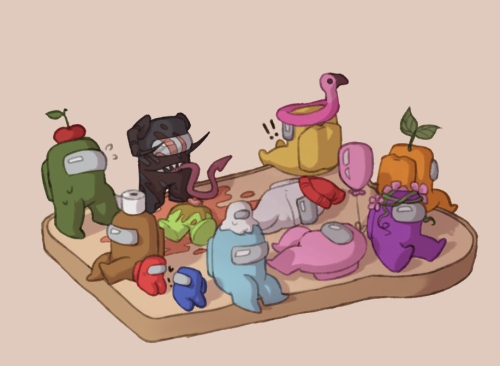 My drunk ass just answered a telemarketer phone call and it was like:

Um hi, no thank you I would actually apppreciate being taken off your call list

But this is a very important survey-

Mm no dear it’s very late (lmao 7:45pm) and I do not wish to participate but thank you for being so polite goodbye now

#it probably came out super slurred, #whatev, #about me, #writing this down before I forget about it tomorrow
3 notes · See All
nightwingmyboiText

Nightwing #74 is living in my head rent free rn…so have a ficlet. ao3.

There was a click. Batman. A briefcase in his hands. Black and blue. A mask placed gingerly atop, awaiting him?

He had never seen this suit in his life. He remembered spending hours bent over his desk, waffling between materials before settling on the kevlar weave for it.

His hand moved to pinch the fabric between his fingers. If he took off his gloves, would he feel his sweat? Blood? The bits of his brain that he’d lost?

Maybe if he found all those splattered pieces, he could stuff them back into his head. A part of him laughed hysterically at the idea. Dick narrowed his eyes, cocked his head to the side. Which part?

Something had changed in Batman’s expression. Dick could always tell when something was bothering Bruce, ever since he was a little kid. He should say something. He was still holding the suit. He wasn’t.

Oh. No good. His brain was melting, sloshing, oozing out of his ear. It hurt, but it always had hurt as long as he could remember and it always would.

A black, pointed thing reached for his neck. Dick was too tired to flinch away. Dick knew how to take a hit, his parents had guaranteed that. No they hadn’t.

Ric remembered his mother’s gentle touch, a hand carding through his hair after a nightmare. Bruce’s fingertips trailing from his collar to his ear felt like that. Why? Batman wasn’t gentle. The whole house was cold, and empty, and talons tearing him apart from the inside out. He shouldn’t stay there.

Oh. Was he? He stared at his fingertips. They were sticky. They gleamed. The suit had been coated with blood after all. Why hadn’t Mr. Pennyworth cleaned it? Alfred was dead. No one to patch him up. Dick looked at the feeling from the outside.

He took a second to blink and an eternity passed. His eyes opened and he was sitting. Hard brick at his back. Raised voices. That was never good. His parents had taught him that. No they hadn’t.

Dick turned his head away from the noise and saw silver. His hands undid the latches to the briefcase. Click. Black and blue. Nightwing, a part of him whispered. The voice was soft and hard.

Ric remembered putting on his uniform. Black and gold. Hood. Googles. Every knife had its place. Habitual. His grandfather had shown him how, when he was young.

Would Nightwing feel like that? Like memory? Dick wasn’t sure he liked familiar. There was no truth in it.

But the mask was waiting for him. New shackles. Or wings? Dick took it from its nest and cradled it. Both hands. It felt like Nightwing would break, otherwise.

The gouged out eyes stared at him. He stared back.

A heavy hand rested on his shoulder. Dick remembered his parents being shot falling dying. That was the first time he’d seen brains splatter. Not the last. Joker had put a hand on his shoulder, so proud. He’d been happy. Cobb put hand on shoulder, concerned. He’d been. Bruce hand shoulder put steady numb.

There was still a hand on his shoulder. The burden never left. His eyes followed the arm up. Jason. Little Wing. Red Hood had to die. Bullet through the brain. Dick didn’t have the energy.

Jason had half a face. His lips were moving. Dick had been beaten by a man with two faces. Maybe not.

Someone was holding his hand. Jason was sitting next to him. A thumb smoothed over his knuckles, steady and regular.

He hated it. He wanted it. He didn’t deserve it. There were purple storm cloud yellow mustard bruises crawling up Jason’s face. He was made to kill and hurt. Poison.

Dick turned away. The mask wanted him again. Dick smoothed his hand across it so it wouldn’t see him.

“Do I belong to Batman?”

His mouth asked. The hand tightened. Then loosened.

Unfamiliar. Words drift from across the roof.

“…no time for this…Joker…top priority…”

The man with the masks closes his eyes.

#i don't write fics often, #but when i do they are over dramatic as hell, #thanks for making it to the end!, #fanfic, #fanfiction, #dick grayson, #nightwing, #nightwing 74, #batman 99, #batman, #bruce wayne, #red hood, #jason todd, #ric grayson, #i guess, #alfred pennyworth, #?, #whatev, #brainwash aftermath, #mind manipulation, #memory loss
82 notes · See All
yoong-iText

narrator: she was not calm

#the beatles, #beatlesedit, #the beatles memes, #whatev, #*m, #my edit, #(some of these are so accurate its ridiculous. especially paired with certain eras)
319 notes · See All
silver-snowText

#i hate my brain, #its a bastard, #intrusive thought tw, #kinda ig, #whatev, #I HATE IT HERE, #LET ME LIVE YOU MOTHERFUCKER
3 notes · See All
silver-snowText

I joined the pumpkin cult

Okay okay I’m just gonna post in on here tho

#but not the other stuff I ordered and which shipped sooner?, #whatev, #now Gerri blesses this house
5 notes · See All
epicsaucemasterText

another day of begging my mom for medical attention

#its getting harder to get up and stay up or even stay concious, #however u spell that, #whatev
2 notes · See All
zagreus-eats-your-breadAnswer

I have no interest in being part of this discourse I said what I said, you can call yourself whatever I’m not the boss of you but it makes me personally uncomfortable.

#i know the history of the word but it makes me personally uncomfortable and i made a vent post about it stop trying to lure me into the, #bullshit discourse i already got that all over my dash on twitter, #or is it called timeline there, #whatev
3 notes · See All
Next Page