#sad, #bish, #always anxious, #anxiously yours, #ramblings, #why, #but why, #why dont we, #why tho, #why do i do this to myself, #anxiety
0 notes · See All
glutenfreegarlicbreadPhoto 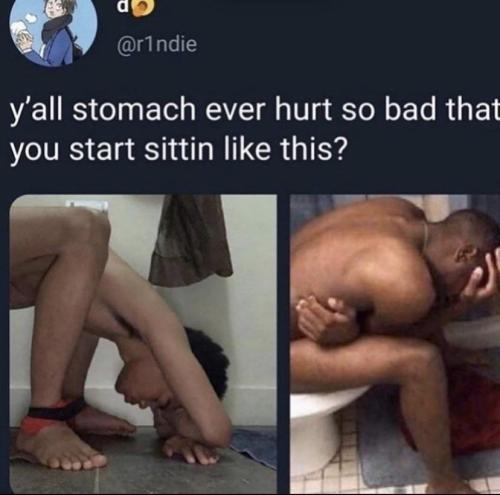 #me, #funny, #life, #meme, #sad, #ok, #self deprecating humor, #yes, #memes, #Pepe, #no, #happy, #why, #bush, #9/11
0 notes · See All
musical-stan-first-human-laterAnswer
#imawake-butatwhatcost, #this starts with you jumping off a horse, #i just, #why, #why are you all like this, #i love you, #but i am so confused, #im glad you didn't break anything, #i guess there's a silver lining
3 notes · See All
hikariare-moonlightText

GRRM has explicitly pathologized motherhood with Cersei, Cat, and Dany, his primary maternal POV characters. Dany’s sense of justice and her magical identity are both centered around motherhood - mhysa and mother of dragons represent both her desire for equality and her conquering ambitions. Her “ruthless” moments, which are crucifying the 163 Meereneese Noblemen and allowing the wineseller’s daughters to be tortured in front of him, are borne of her desire to protect her children the freedmen. Then of course all the destruction she may or may not wreak in TWOW/early ADOS will be framed as “the mother of dragons” sowing destruction in her wake. Catelyn goes mad with grief, quite literally so, and is reborn as Lady Stoneheart, slaughtering innocents for no other reason than they may have been tangentially associated with the Freys/Boltons/Lannisters. And she goes mad with grief because her oldest child is murdered in front of her. Meanwhile Cersei does horrible things in general but half the horrible things she does are in the name of protecting her children and her love for them is unhealthy and narcissistic.

You don’t see fathers being pathologized like this in ASOIAF. No “Lord Stoneheart”, no “Father of Monsters” (oooh), no “dad goes mad in part because he’s doing a bad job of protecting his children”. We have great representations of fatherhood in Ned Stark and poor representations of fatherhood in Jaime Lannister but even Jaime isn’t being set up as “going mad because he never got to know or love his kids properly”.

#@ grrm square the fuck up, #got tag, #text, #shrew rambles, #i love lady stoneheart btw, #but just, #why
4 notes · See All
marlmckittenText

WHY THE FUCK DO PEOPLE CHEAT ON PEOPLE

#WHY, #I DO NOT WANT TO BE TRANS, #IS THIS DYSPHORIA, #GET OUT
0 notes · See All
kawaiinekotgirlText

Why do I keep getting Chinese, or French ads???

I don’t even speak those languages

JKR once again ruining everybody’s day with her bullshit.

#j k rowling, #jkr, #why, #fucking hell, #be a decent human being
0 notes · See All
thejuiceboxthiefText

You fool of a rabbit

Tricks are for kids

#this is fine, #cannot sleep, #2 am thoughts, #well this is fun, #funky, #why, #what in the world, #what in tarnation, #what in the heck, #funny, #so sleep, #thinking about time loops, #tired
0 notes · See All
sandreeenText

THIS IS WHAT HAPPENS

WHEN WILL YOU LEARN

THAT YOUR ACTIONS HAVE CONSEQUENCES

#submission, #AAAAAAAAAAAAAAA, #WHY, #WHY DID YOU DO IT TO EM, #giovanni potage
14 notes · See All
achingrosesText

am i actually crying over the death of a fictional character i’ve known for only two months? (yes)

#i am looking at you mr emeritus iii, #WHY
0 notes · See All
chickenismylifeforceText

Story of my frickin life

#willy wonka, #why, #can willy wonka stop being daddy tho
0 notes · See All
alaughingfreakText

#lulu rambles, #shitpost, #why tumblr, #why
5 notes · See All
destinyandcoinsText

#They're evolving, #And I dont like it, #This is like the centipede vagina lady meme but in reverse, #WHY, #I thought it was a meme shared in a group at first but nope. Drug ad, #Misc, #Memes
1 notes · See All
hannibal-the-elephantText

And then I can add

someone called me beautiful the other day and that’s been stuck in my head till now??? why am I thinking about that so much??

#why am i like this, #why, #thoughts
0 notes · See All
just-osgoodText

#Been drinking tonight, #And have been listening to slowed+reverbed music, #Why, #Because why not, #Excuse me if I post stupid things or they just seem random, #Cheers, #Keep scrolling in the dash, #Damn that's an old tag of mine, #Yep
1 notes · See All
Next Page