Hooray for sketching in an attempt to avoid real projects I should work on! 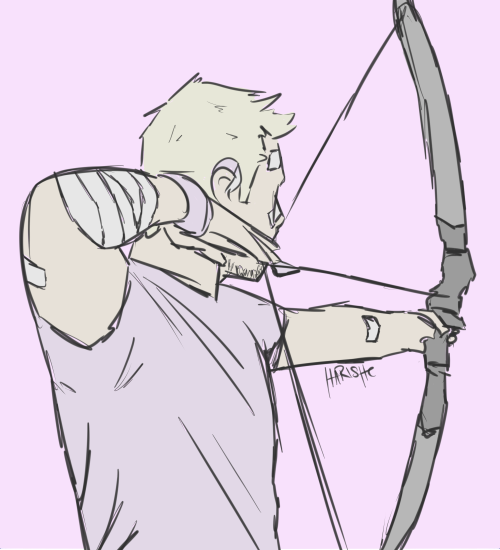 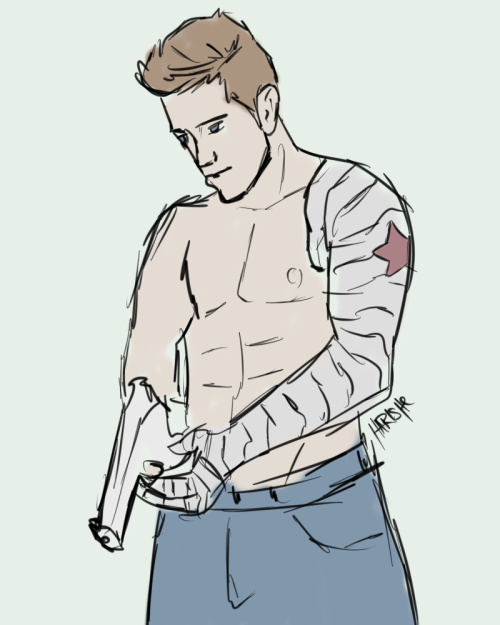 When they take James from the tiny dirt-walled room in which he’s been imprisoned, the first thing that strikes him is the light.  It’s not bright outside; in fact, it’s raining, but it burns his corneas nonetheless. James moans and tries bringing his cuffed wrists up to cover his eyes.

The second thing that strikes him is the back of one of his guard’s hands, straight to the side of his face.  The man’s wearing a heavy ring that catches James in the teeth.  Blood drips down his lip, and the guard laughs.  Says something in Farsi that James is pretty sure is insulting.  Two more men behind them start laughing as well.

James sets his jaw and swallows.  The coppery rust taste fills his mouth.  A fleeting idea hits that his own blood is probably the most nutritious thing that’s gone down his throat this week.  The thought makes him want to vomit, and he nearly does, but the third thing that strikes him is the blunt end of a machete, and James wills himself to settle.

He shuts his eyes to a squint and lets the men lead him blindly for a while, dragging his feet through the sand.  Puffs of dust rise high enough to coat the insides of James’s nose and mouth every time he breathes, but he supposes it’s better than the alternative.  Grit gathers at the corners of his eyes, and involuntary tears stream down his cheeks.  One of the guards notices, and he digs his finger into one of the muddy tear tracks, and the fourth thing to strike James is a slur, muttered close to his face in heavily accented English: “Crybaby.  You crybaby, no?”

James stays silent.  Then he spits dregs of blood onto the ground between his feet.  It’s half an insult, half a utilitarian act to clear his mouth.  He’ll leave it up to his captors to guess which one.  At this point, he’s not so sure he cares which they choose.

More discussion in Farsi follows.  The consensus seems to be that they only hate James a little more, for the guard in front yanks on his chains and pulls him into a sloppy jog toward what James can now see is a car sitting in a cracked asphalt lot maybe half a football field ahead of them.

So they have a destination, at least.  What that means, James doesn’t quite know.  He does know that he’ll get to sit down.  Maybe get a chance to check that he still has his precious letter stashed in his sock.  Perhaps he’ll get a few minutes to breathe before the fifth thing will strike him, the IED buried by the side of the road.  Then he’ll have just enough life in him to realize he’s survived before the sixth thing strikes, the sweep that lifts him into the arms of unconsciousness.

Fuck this was beautiful

Chapter Warning: Torture, Blood and Graphic Violence **This chapter contains a graphic torture sequence that might be disturbing to some, if you think this will bother you, skip the Hydra Research Base Sokovia part**

Series Summary: Another Winter Soldier has been activated, someone from Bucky’s past. As the Avengers track down the new head of Hydra, Bucky struggles to help you overcome your programming, finding a piece of himself that was missing all along.

A/N: This is a very dark story, please heed the chapter and series warnings. There will be fluff and healing, but there’s a lot of Hydra darkness to wade through first.

Winter often will snarl at anyone who looks at you with anything other than friendly intentions, and even then he might glare at them for even looking at you. But the moment you close the bedroom door behind you, Winter’s gaze softens and pulls you close, burying his face in your hair. 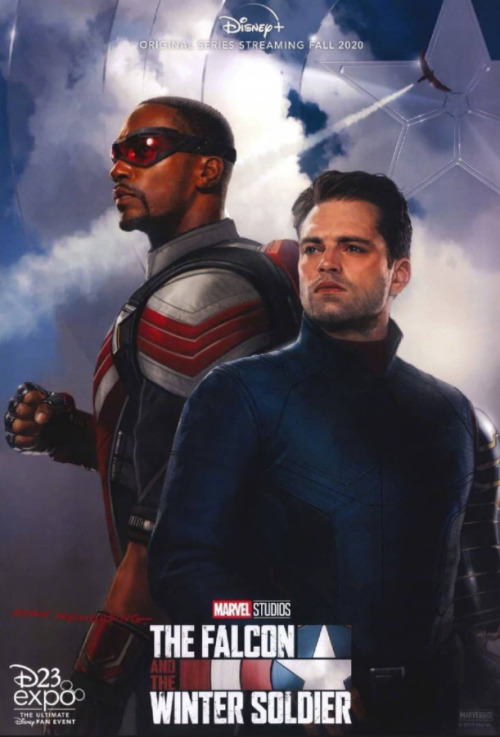 What the actual fork? 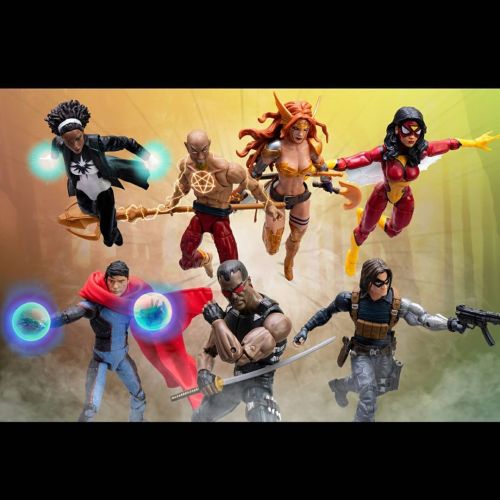 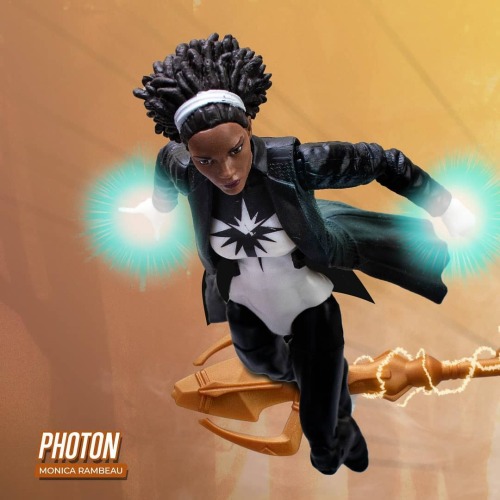 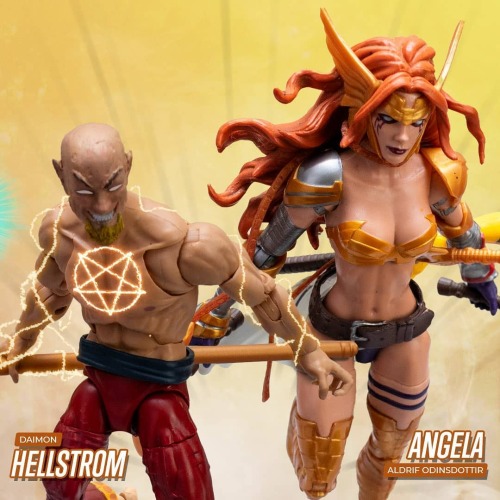 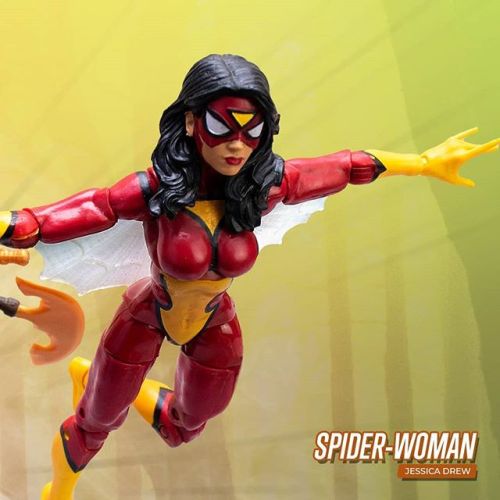 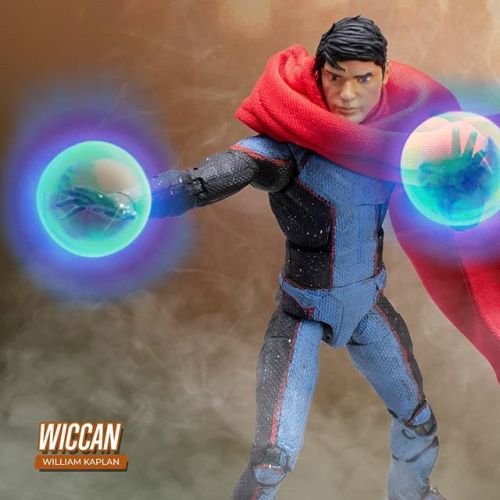 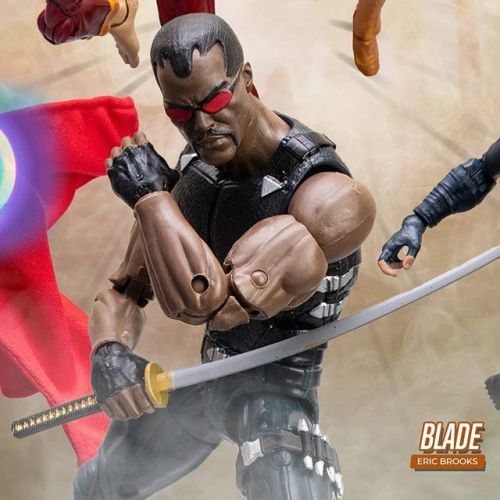 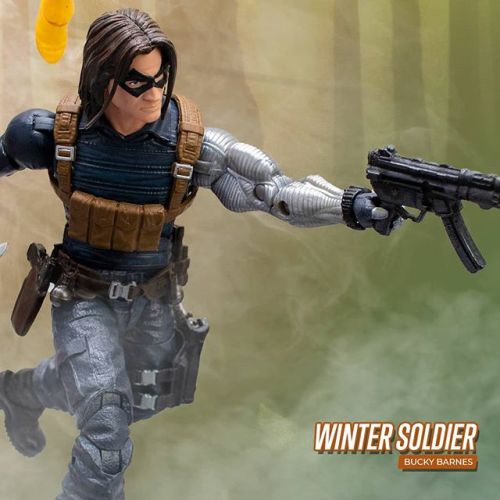 series summary: bucky needs a tutor and y/n’s an straight A student who just broke up with her ex

A/N: tyler’s dad is cancelled, we just need to cancel tyler next so bucky and y/n can be happy….unless- 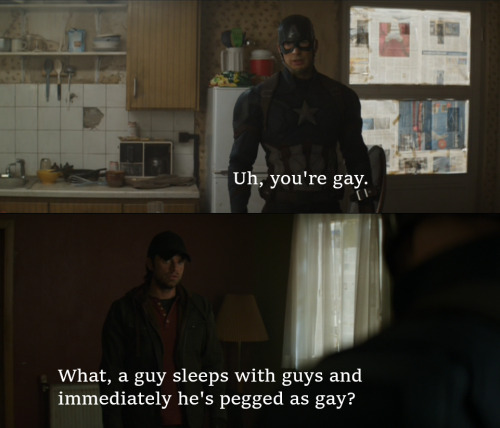 Finished the pic. As mentioned before this was inspired by the super cute press tour vid of Zachary Quinto, Chris Pine, and Sofia Boutella. I’m actually really happy with how it came out beyond a few smaller things. I also feel I’m getting a little better with my scanning so that’s good. 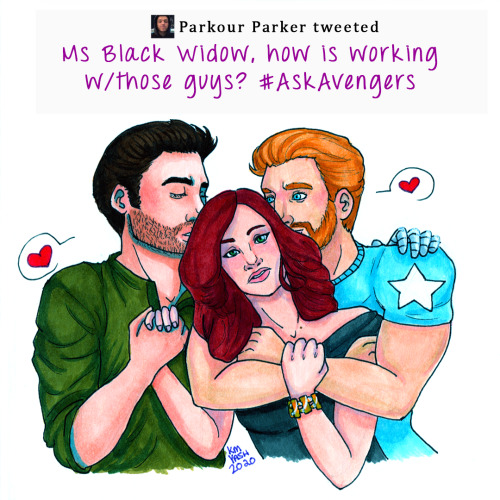 “I think some of these guys just need their teeth rearranged and we’re the ones lucky enough to do it!” – Winter Soldier 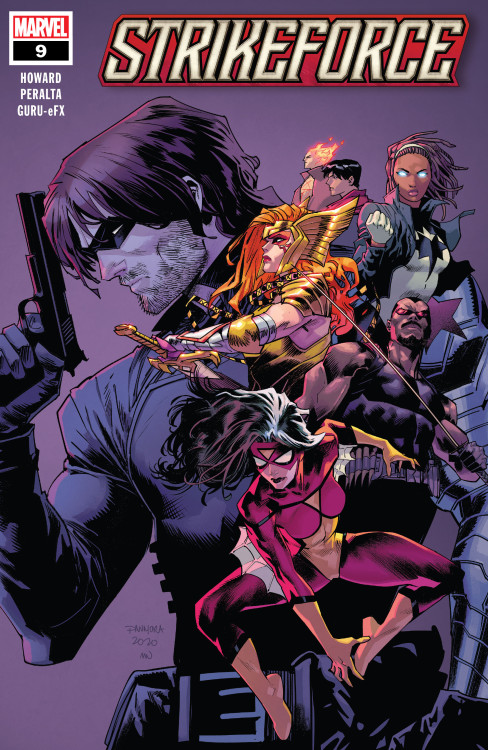 Art by Germán Peralta and Guru-eFX 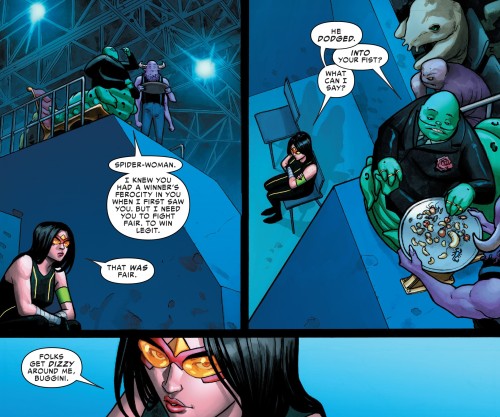 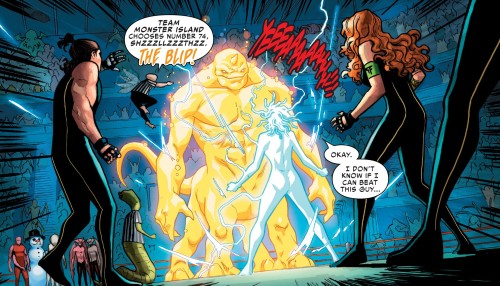 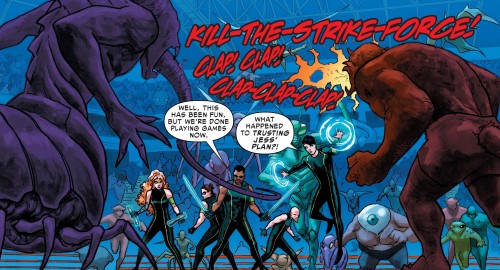 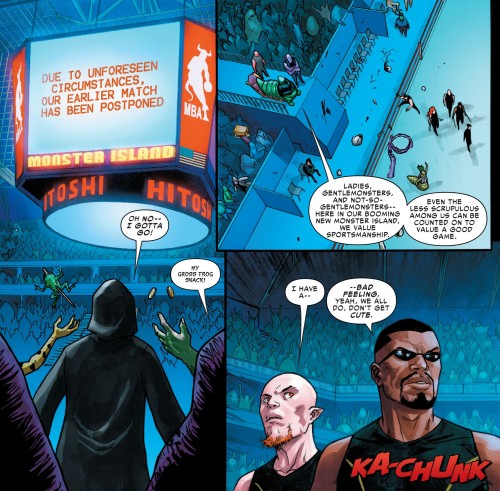 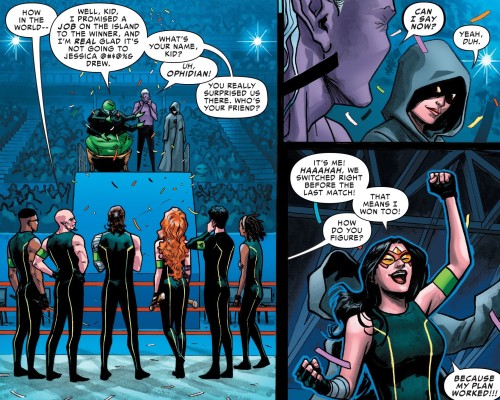 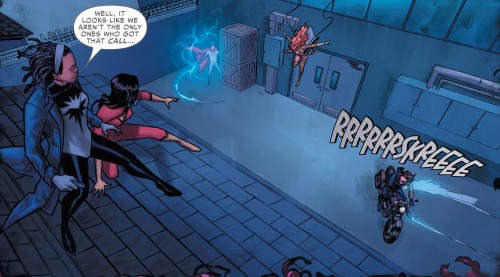 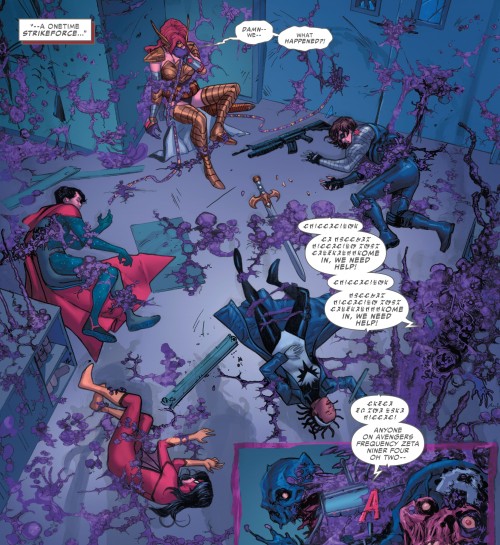 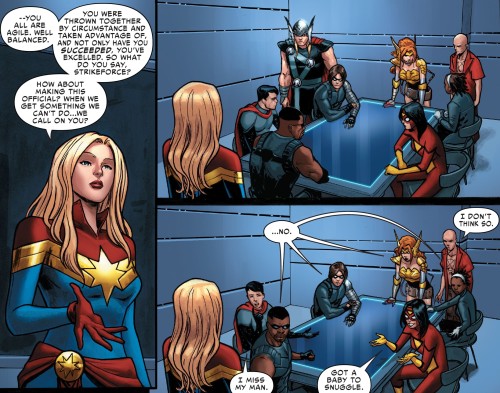 1) Sharp as hell Jawlines and cheekbones to die for…

She’s good. Really good. She’s done this longer than almost anyone else and no one tracks vampires down better than her. That’s the only thing that matters. Hunt and kill.
He has white eyes and a black cloak. He’s either an impostor or, judging by the color of his eyes, the most dangerous vampire she’s ever met. And he’s not going to leave her alone.

Sam: *gets caught in a trap*

Sharon: Sam! Are you hurt?

Bucky, yelling: whoever is out there, you can have Sam, but please dont hurt us!

Takes place after the events of Civil War and Thor: Ragnarok in which Infinity War and Endgame never happen.

I’m currently accepting requests. If you have any, feel free to drop them in my inbox!

Bucky Barnes would have totally been the living version of that “Stacy’s Mom” song when he was a kid and no one can convince me otherwise.

James is on his knees in front of the toilet when Tasha gets home from her afternoon classes. He hears her slam the door without locking it, then throw her backpack and collapse on the sofa. By the time he’s flushed and washed up, she’s flipping through channels on the TV and ignoring the chemistry textbook in her lap.

“What’s up with you?” Tasha asks, raising her brows at him.

“Ugh.” James clears a clot of mucous from the back of his throat. “Sick.”

“Where’s Superman?” Tasha looks around as if Steve might be hiding behind the living room chair.

“He carpooled with…somebody,” James says, blanking on the name. “Somebody Stark? From engineering? He’s got that project…”

“Right…” James can tell she doesn’t care. “How long is he gone?”

Of course that’s what Tasha cares about. How much trouble she can get into before the household goody-two-shoes gets home.

James shrugs. His head is going hot and his knees wobbly again. Saliva pools under his tongue, and he glances meaningfully in the direction of the bathroom.

“Yeah, if you’re gonna hurl again, don’t do it in front of me.” Tasha picks up her book and holds it an inch from her nose with one hand while she works a miniature bottle out of her pocket with the other.

What must be the better part of an hour later, Tasha bangs on the already open bathroom door. “Jamie?” she calls.

“Huh?” James’s elbow slips into the toilet bowl, splashing sick back onto the front if his shirt.

She’s right. James’s stomach is more than empty; he’s been spitting up bile for the last couple rounds.

“For what?” Tasha almost laughs. “It’s not my bathroom you’re dirtying up.”

“Yeah, I bet.” Tasha looks at her watch. “It’s still early. You could go to student health and get, I don’t know. A gatorade IV, or something.”

“Intravenous fluids, you mean?” James does laugh this time. Then he coughs until he gags. “Saline drip? Do they even do that outside a hospital?”

“Come on,” Tasha says, leaning down to offer James her arm.

“Wait, wait,” James protests. “We can’t. Not till Steve gets home.”

“But—“ James sputters. “How much have you had to drink?”

“None, I swear.” Tasha puts up her hands in an ‘I’m innocent’ gesture.

“I—I don’t—“ James’s vision swims, and he finds himself propped on Tasha’s shoulder.

He’s beyond arguing; James feels as if he’ll vomit up his toenails if he so much as opens his mouth. He lets Tasha support him down to the parking lot and into the passenger seat of Steve’s car with a plastic bag nestled into hos lap.

James offers a shaky thumbs up.

Tasha rounds the car and starts it up, taking just a moment longer than makes James comfortable looking down at the controls.

“Honda,” James mutters, spit dripping off his lip and into the bag in his lap.

“Whatever.” Tasha starts the car, backs out of the lot, and gets on the main road.

James clenches his sore abdominal muscles and holds the sides of the bag for a moment, but once Tasha’s comfortably cruising a few miles over the speed limit, he begins to relax. His eyes start to glaze over, and he returns his attention keeping his insides internal.

Suddenly, the seatbelt cuts painfully across James’s chest as he flies forward in his seat. Bitter chyme and spit spray from his mouth, spattering the inside of the windshield. The brakes squeal, and Tasha’s voice shrieks out, “Move, you thing!”

“The fuck?” James coughs, wiping his face on his sleeve. He squints out in front of him just in time to see the dark shape of a groundhog skitter to the other side of the road.

Tasha starts to laugh shakily, then presses the gas pedal again. The car jumps forward before she gets a handle on the required pressure for a smooth ride.

“That was…” James shakes his head. A retch rises in his throat, but when it comes up, it’s accompanied by a peal of laughter.

Tasha glances at him. Then she starts to giggle as well. “Yeah. Wow.”

James spits. “Count that as a moment of sibling bonding?”

“Maybe don’t tell Steve,” James suggests. “We’ll have to clean the car, but better he not know we were almost killed by a… thing.”

“Don’t know how I could have possibly forgot…” She shakes her head.

James takes a breath. “Thanks, Tash. For doing this.”

“Eh, you’re kind of worth it,” she says with a shrug. “I hope they stick you with a big needle, though.”

“Right,” James says. Because that’s his baby sister, through and through.

Bucky: Sam does have a point.
Sam: Don’t agree with me. It makes me uncomfortable.

#bucky barnes, #sam wilson, #winter soldier, #falcon, #sam and bucky, #bucky and sam, #omg, #yaaaas, #this would totally happen, #and i love them, #have i mentioned i'm excited for that show?, #cause i am, #mcu, #mcu incorrect quotes
191 notes · See All
Next Page