Thanks for the tag @rachelleofalltrades! Gonna share a little thing from the Talia fic. I’ve been going back and forth to between it and the current Eryn fic. Still not sure if it’s gonna be good enough to post, I just have to work out the parts of it that dont make sense, and actually write what’s in my head. Thats kinda crucial, isnt it lol

There was a large tent set up just in front of the chantry, and as they approached Talia could see someone standing under it working. The person was hooded and shrouded in darkness under the tent, standing with their back turned to them. The soldier that had brought her here motion for her to wait, and moved under the tent to speak with the hooded figure. Talia stood in front of the tent, nervously waiting to see what would happen next. Usually, the only people who asked to see her without revealing their identity were the kind of people who wanted her dead. As the soldier spoke, the figures head shot up. The figure turned around and Talia recognized that it was a woman. She could see a pair of blue eyes staring at her as if in shock. They exchanged a few more words, then the soldier saluted and hurried away. Talia watched the soldier speak to a few others around, and they left as well. Talia found herself alone with the ominous woman. She reached up and rubbed the back of her neck, which was damp from sweat. The woman stepped out of the tent, the sunlight slanting over her face. Bright red tresses fluttered around a face of heavenly smiles. Talia knew the face at once, and any worry in her mind had fallen away at once. Her legs moved on their own, and she was walking forward to meet the crushing embrace of the other woman. Words slipped from her lips, spoken softly as if they were sacred prayer thrown to the heavens.

Leliana threw her arms around her. Talia closed her eyes and let the air stream from her lips. Her wife was in her arms at last. For the first time in 2 years, she was home.

I know I’ve been posting a lot of Monkie Kid stuff, but I promes I am working on some AHIT stuff too

now i know i wrote this in my notes app at 2am in like february or smthng but:

i wanna wrote a mini series/short film about this society that only communications in brochures/pamphlets. (Oddly specific I know) But like imagine this animation, imagine the design of every single pamphlet saying something as simple as “hello” or as hard to say as “i don’t love you anymore”. These high society fancy people wandering around unable to speak their mind becuase they can’t find or make a pamphlets that says how they really feel. The romantic boy who has never been able to create something pretty for others, or the foreign boy who never learned how to read. Pamphlet classes for kindergarteners and families that are always silent expect for soft piano and crickets from the yard. A world where people don’t need to talk to communicate, and where human connection is more than words.

#it's not fully fleshed out yet but, #personal, #story, #wip, #maxcore
1 notes · See All
singularstilettoPhoto

i swear im working on part 3/3 of the Future Husband Says OBJECTION! I swear- 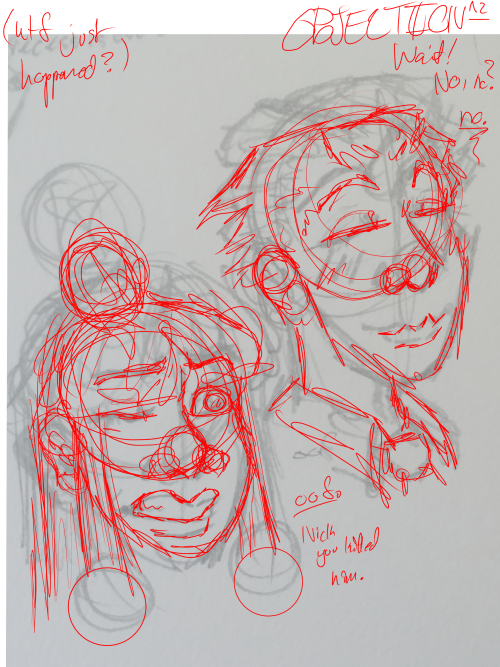 Going to do another Halloween hc for kicks - I’m not sure if anyone reads these things but they are fun to do.

Going to be Boyd’s Boys - thinking Steve, Quinn, Billy, Mike and Mo. Just see how I get on!

Chapter One is coming along nicely and I wanted to share another Rough sketch (outline included) for another panel. Still needs work and I’m most likely gonna change the hair, just doesn’t look right to me. Let me know what y’all think and please don’t hesitate to send me an ask or message.

How does your falling action effectively bridge the gap between the climax and the resolution?

The falling action is when Ripley and Nathaniel start finding the bloodstained letters everywhere and get banned by the university because the rumors got too big. This bridges the gap by giving the protagonists more obstacles which then carries the tension and suspense from the climax to that falling action so it can effectively resolve at the end all at once.

I got everything all planned out for my details, at least as much as I could come up with at the moment. I also started rewriting my zero draft so I can start making it longer. So far I am on Act 1, and I hope to finish it by the end of the week. This one will include chapter breaks and some more dialogue to help me when I start writing in November.

Collectable Cards of Logan’s Past: A University Mystery Summary

Ripley, a sophomore film major finds herself paired up with Nathaniel, a junior Political Science major for University of Logan’s first ever Scavenger Hunt. They’re given one clue, which if they figure it out correctly will reveal the location of the next one. All in all, they will have 5 clues. The prize? Free tuition. For a year. For both of them. The only obstacle is a trail of bloodstained collectable cards keeps following them everywhere they go.

Y'all day 24 is kicking cheek again sorry for the wait,,

#delete later, #wip, #i realized this morning that my protractor is literal garbage and can't draw a single decent circle, #so i had to measure em all out and draw em by eye, #i'm really just...falling behind aren't i, #so ✌️
1 notes · See All
madebylizaPhoto

This week, @peacemaker-ic​ announced he’ll be updating all his build custom content. When he has finished (which might still take a while, since he made so many wonderful items), I will finally share this build with you that I had been working on (and that is long finished, but I couldn’t take proper pictures of - these are very very early stages of the build). Forever grateful for him and all his hard work! 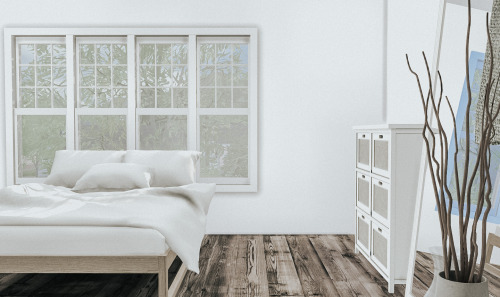 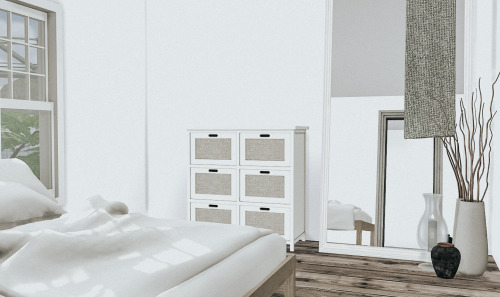 Summary: Nothing was going right for Virgil. Nothing.

Notes: who knows where this is gonna go but apparently my muse wants clumsy af Virgil today😅

It started right from the moment he got out of bed.

Standing up, he ended up almost face-planting the floor due to not feeling at which point his right foot made contact with the ground. He knees buckled and he flailed, instincts saving him as he managed to roll into a sitting position, blinking, utterly baffled as to how he got there. That was until the crackling sensation made itself known, scraping up his right leg and he shuddered.

It certainly explained his position on the floor. His brain had not understood why it hadn’t registered his limb on the floor because his leg was numb. He must have slept weird, the blood circulation cut off by the position he’d been lying in for the night. It wasn’t too surprising, given Virgil was a rather heavy non-moving sleeper. It was just an uncomfortable start to the morning.

He stayed put on the floor until the horrible sensation disappeared and his limb felt mostly normal again, stretching it experimentally before standing up and putting weight slowly on his foot. It wasn’t hurting so he hadn’t twisted it thankfully.

It wasn’t the first thing that went wrong.

“So, you gonna use the key i gave to you to get another guy huh?”

He’s my comfort character and I get to obsess over him all I want.

GIVE ME SOMETHING IN THE MIDDLE 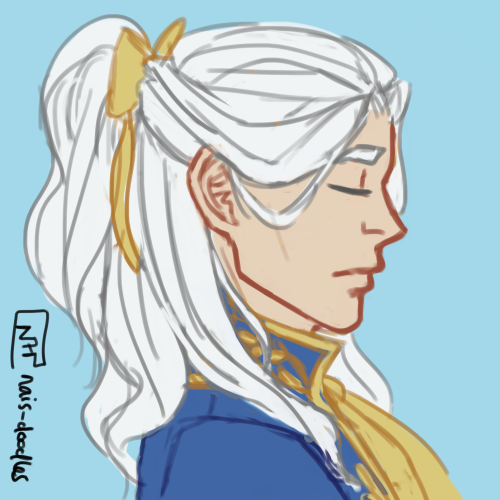 #basically I absolutely EMBARASSED myself in a meeting today, #I wasn't supposed to draw, #but dear lord did I need to, #I had to cool down, #i was gonna combust, #thank the lord I don't blush easily, #but when I tell you my face was as hot as the sun, #rip me, #wip, #idv, #nais doodles, #idv joseph, #identity v, #identity v joseph, #idv fanart, #identity v fanart
2 notes · See All
mhathotfic-drawsText

Surprise I’m redoing my take on magical girl Deku! I’m still not super comfy with drawing masculine body types, but I think I’m improving! Also I changed the pose I was originally going to do because it wasn’t feeling right, but I’m not sure if this is quite right either.

I think this would be post magical transformation so it’s a bit more peppy and I guess confident maybe? Then I would normally pose Midoriya in so maybe that’s what’s throwing me off?

Finally I found out how to add phong alpha into cabinet package. 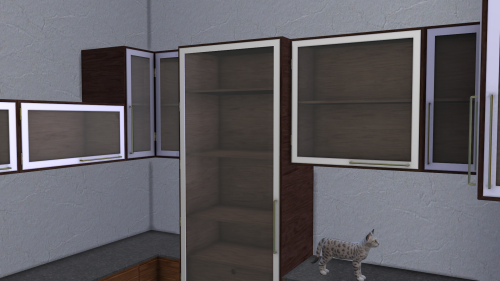 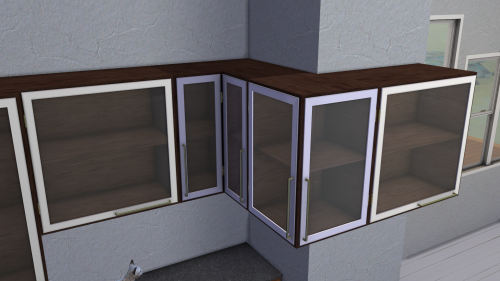 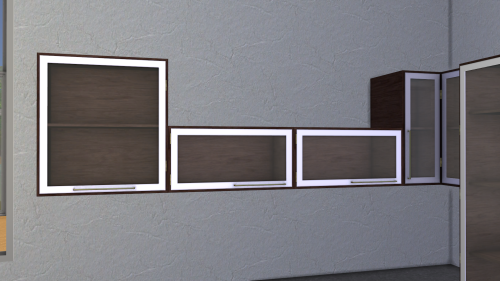 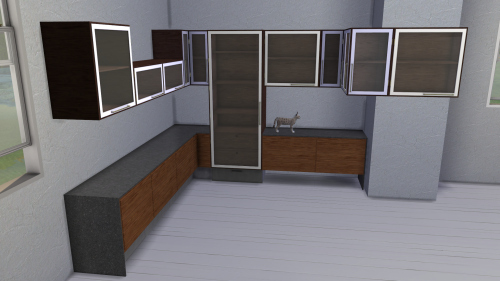