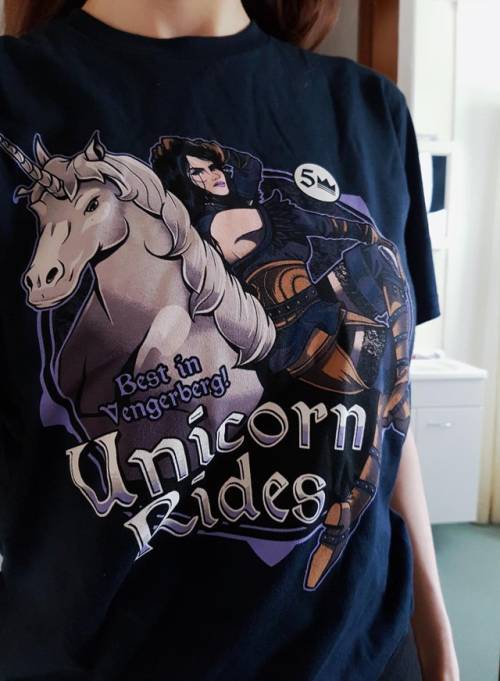 Birds Still Sing When They Fall From The Sky

The trembling notes of a lute drifted through the air, unsure, faltering. Yet brimming with the energy only a bard ready to take on the world could have.

A sharp twang, as fingers missed the correct string.

“No, love, like this.” Jaskier said gently, followed by the chords as it should have sounded.

Geralt’s brows knitted together, as he entered the cottage, exhausted from the day’s ride that had been hard and fast in Geralt’s eagerness to get home to Jaskier as early as possible.

Another missed chord, as the young woman sitting next to Jaskier startled at the sight of Geralt. He nodded at her in passing, but his eyes were on Jaskier’s smile, when he got up and crossed the room to embrace Geralt.

“Geralt, you’re back!” Jaskier’s embrace grew tighter, before he pulled back, looking Geralt over for injuries like he always did. Wrinkled fingers brushed a strand of hair out of Geralt’s face, as Jaskier looked at him critically, before nodding in satisfaction. “Handsome as ever.”

“What a generous verdict.”

“You’re not going to say it back?” Jaskier asked with mock offence, playfully hitting Geralt’s chest.

Geralt’s eyes darted over to the women, who was pointedly looking at the old lute in her lap, but risking what were probably meant to be subtle looks of curiosity at them.

“This is Sera.” At the mention of her name, the woman gave up the pretence of looking like she was busy and gave a small wave. Geralt looked at her more closely. Something about her seemed familiar, but he couldn’t quite put his finger on where exactly he had seen her before. “I am giving her lessons.”

“I want to be a bard like Jaskier some day.” Sera perked up and Geralt could detect a hint of insecurity in her voice, though the determination overshadowed it.

Geralt shot her a look that probably only Jaskier could recognise as a grin. “A word of advice: learn how to climb out of windows.” He ignored Jaskier’s snort. “If you’ll become anything like Jaskier, you’ll need it.”

I’ve spent too long finding the ?s on wild hunt in Skelige today

Very quick paint - Geralt about to smack a siren in the face because, like me, he has had enough of their poo.

++ Bonus because I am really really tired 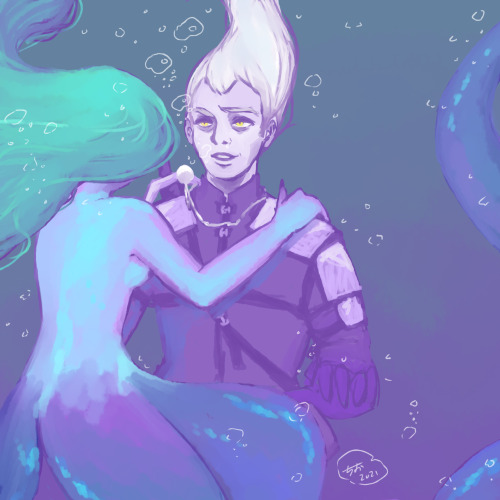 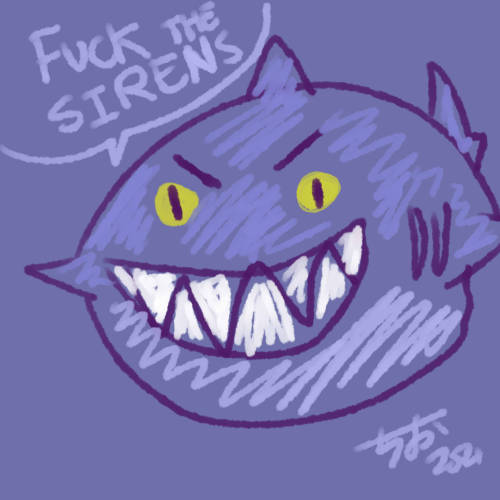 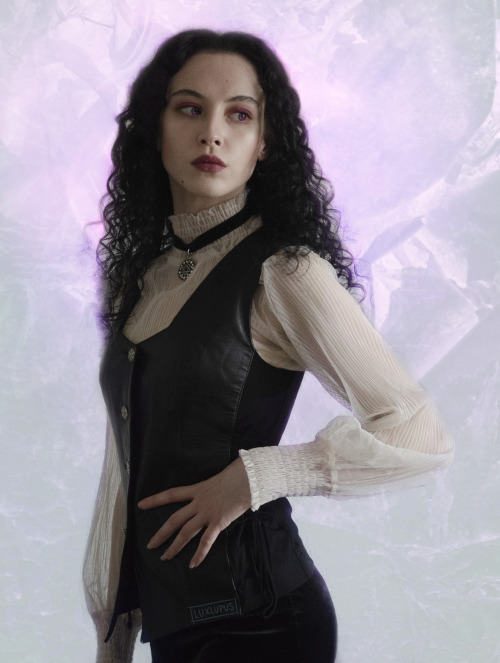 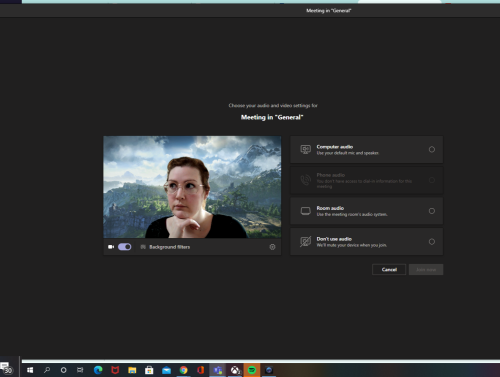 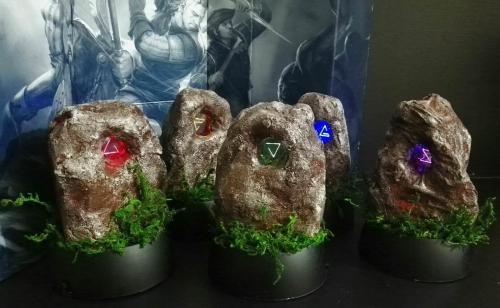 My dreams often take inspiration from the shows I watch, especially while I’m binging them. Normally, this is fine. I’ve had NCIS related dreams, MCU related dreams, RWBY, Star Trek, The Witcher, etc. These are all fine. But right now, the show I’m watching is Hannibal. And I know for a fact my last dream involved at least one Hannibal character. I dont fully remember it, and thats perfectly fine by me.

And yeah,, I know I spelled the watermark wrong lmaao

Here’s the meanings of the flowers:

-Daffodil: regard, unrequited love, “you’re the only one”, “the sun is always shining when I’m with you”

-Yellow Carnation: “you have disappointed me”, rejection (-> after the mountain 😭)

-Primrose: “I cant live without you”

-Buttercups: can symbolize joy, purity and youth. But also childishness, lol. Buttercups for his name, obviously

Drew this on New Years Eve for Twelfth Night, or the last of the 12 days of Yule (obv)

This was for Christmas / My dtiys (if you wanna see the results of that, hop over to Instagram)

I drew this one back in December for:

The first night of yule (for those who actually wish to celebrate all 12 days)(and this is neopaganism (in my own personal experience)) is called Mother’s Night and there’s a tradition of staying up the entire night.

And commissions are open! email me at mattheway12@gmail.com if you’re interested :) 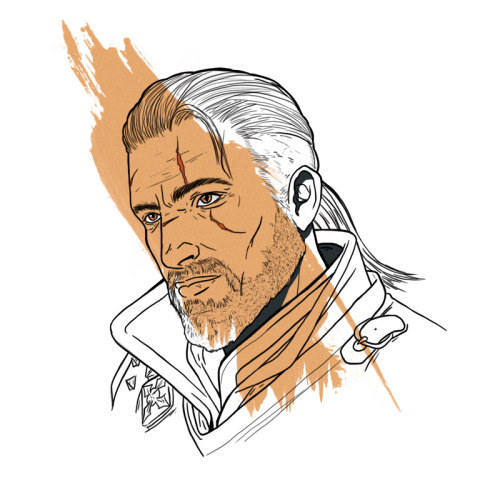 Thinking about how much I love that Fringilla is one of the main ‘villains’ in the netflix show. (I say ‘villain’ in quotes because our attitude towards Nilfgaard is subjective and shaped by the narrative but like, she’s definitely up to some shit) Because you know I love a good villain and WOW is Fringilla a good one!!

Like, you take this woman who’s clearly been coddled her whole life, and probably told that she’s Not Very Bright and Not Very Good At Magic, and who’s gonna land a cushy safe job because of her family (and like, maybe the other girls at school aren’t too keen on her because of the obvious nepotism? We never got to see much bonding at Aretuza but we could speculate)…and then suddenly the rug is pulled out from under her. She’s sent off to the shitty backwater full of people who go to betrothal banquets and say weird things about their virility, and she’s probably scared out of her mind but also

Nilfgaard has gotta just be whispering to Fringilla “Aren’t you tired of being nice? Don’t you just wanna go apeshit?”

AND SHE DOES!!! And it turns out she’s actually a fucking badass who’s incredibly competent and skilled, not just at magic but also at managing people and motivating them! She’s clearly the driving force here, not Cahir, who gets frustrated and angry and does impulsive shit. She’s level-headed, ruthless, and she always has a plan in place it seems like. Hell, Fringilla beats TISSAIA at her own game!! Because Tissaia probably still thinks of her as the dull girl from Aretuza

Anyways this is not like, rocket science, this is just me saying things that are probably already obvious from the show but I just can’t stop thinking about how cool of a character Fringilla is. What a badass. I hope she kicks everyone’s ass a little bit more in the next season because she deserves it!!

So, I’m reading the Witcher books because why the hell not

I’m almost finished with The Last Wish and… good gods these stories are bleak.

Something about them is so terribly hopeless and sad… I’m….

Geralt: I hate being touched. The last time I was touched was during a hunt

Geralt: That means nothing.

It drove me crazy many times 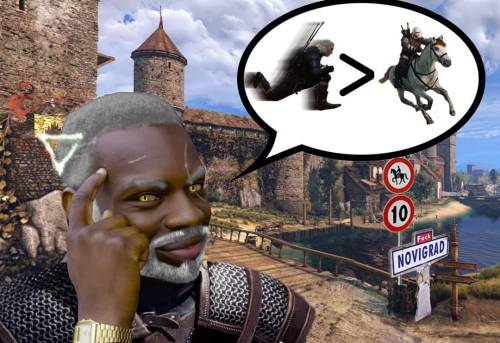