happy april fools day to all my yearning gay fools

I want to come home after a long day and just have my pussy eaten.

*tries to be cute*

could really do with girls messaging me :)

being loved by them is the greatest feeling

Day 454 of missing Boston so much my heart hurts 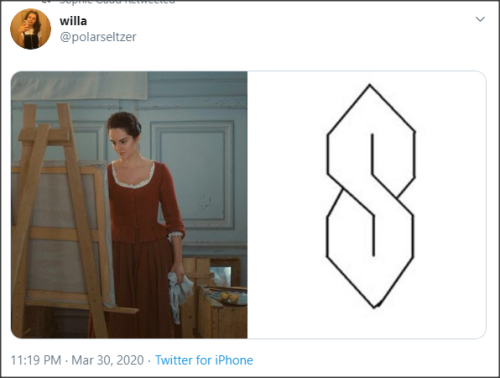 #bwahahaha, #portrait of a lady on fire, #poalof, #wlw, #lgbtqia, #silliness, #twitter
0 notes · See All
the-modern-typewriterAnswer
hey there I really love your blog, if you want could you do a wlw hero and villian,

“You should have stuck with playing a hero,” Kaitlyn snapped. “It would have suited you better.”

The villain smiled back at her. It was nothing like the adoring smiles of earlier, so bright and kind, and yet it suited her. She’d said her name was Bridget, when they were introduced, but Kaitlyn was no longer certain if that was true.

“I’m not sure you truly think so,” the villain murmured. She examined Kaitlyn - bound to a chair, generally furious with her own idiocy in trusting the woman in front of her. “Don’t get me wrong,” Bridget said, “I do think you took some pleasure out of watching me play white knight for you. You don’t often get the chance to be treated like a maiden fair in need of rescuing, do you?”

“I don’t need anyone to rescue me.” She was a hero! It was literally in her job description that she should be the one running around saving people, not the other way around.

And, if Bridget was perhaps a little bit right, and it had been nice to have someone powerful on her side acting all chivalrous for once, well…that was neither here nor there!

The villain’s smile grew, and it was nothing like the adoring smiles of earlier, but it made heat bolt through Kaitlyn’s stomach. She swallowed and jutted her chin up in defiance of the feeling.

“Don’t you?” the villain asked. Her hand rose, brushing Kaitlyn’s hair back from where it had fallen over her face in the struggle between them. “Because here you are, trapped and bound in a hotel room with your enemy, completely at her mercy…”

There was that small snag. A tiny detail, really. Kaitlyn glared up harder. She’d no sooner considered trying to headbutt when Bridget’s fingers twisted tight against the back of her head, holding her still. Kaitlyn exhaled a breath.

“I beg to differ,” the villain replied, “you’re the fairest of them all, sweetheart.”

“And,” the villain continued, leaning down, so that their faces were level. “I think you do prefer me like this. You haven’t been able to take your eyes off me since I stopped the nice girl act. Hm?”

“That’s because you’re a threat.”

“And is the blushing also because I’m a threat? That wide-eyed slightly flustered look on your face? The way you keep biting your lip in that adorable way?”

“That’s…” Damn it. Damn it damn it damn it. “I’m not blushing.” She was hopelessly blushing. This was the worst. “And I’m not adorable! I’m-” She had a reputation. She was unbeatable. She tugged at the restraints binding her to the chair and it did absolutely nothing at all, just made it even more obvious how soundly she’d been beaten this time.

“If I’d known you’d react like this,” the villain purred, “I would have allowed more time for us to spend together.”

She tried really hard not to think what the villain might do with her in that time; she was a villain, it was probably something awful, never mind just how entrancing Bridget was once she stopped pretending to be something she wasn’t.

“But, as it is…” the villain said. “Busy schedule. We should do this again some time. Excuse me.” She used their closeness to reach into Kaitlyn’s inside pocket, drawing out the fae-stone this was all supposed to be about. It twinkled in the light almost as brightly as the villain’s eyes.

“You’re not getting away with this,” Kaitlyn said, desperately. She was not finishing this night abandoned in the hotel room, bound with her own damn weapons!

The villain pressed a kiss to her cheek, before pulling back, looking at her in a way that could almost be described as fond. As if it wasn’t all an act.

“Oh, darling,” the villain turned to the door. “I already have.”

Sometimes I sit alone in my room, listening to girl in red and done and I start wondering what it would be like to live in a small apartment and watch Disney movies in my pajamas with a beautiful girl that I love and she just doesn´t know it yet. Then, while we watch Beauty and the Beast I tell her that I love her when ¨Tale as Old as Time¨ plays and she admits that she loves me back and we become girlfriends and have picnic dates in spring and summer and café dates in fall and winter. 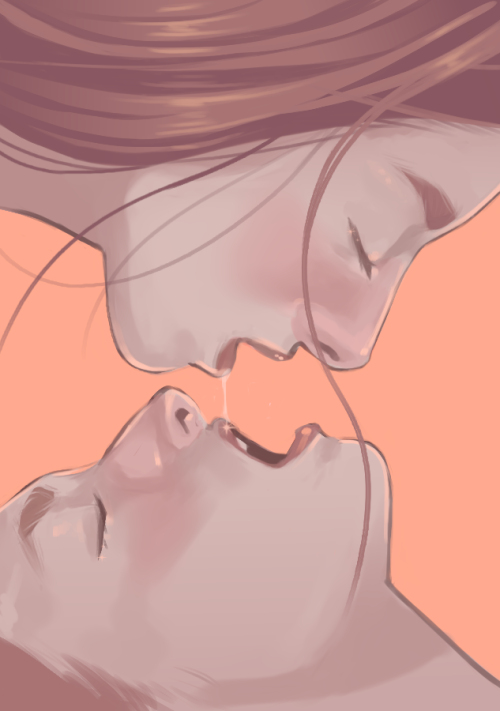 #lesbian, #lesbian safe, #wlw, #wlw art, #lgbt, #tentative rn about where to post this because its pretty h*rny for my standards, #no shame lol
1 notes · See All
mireyahasbdeText

You matched my hue,

Immediately I was infatuated

I often mistook those dilated tragedies as my cue.

Clouded green was the only thing keeping my facade civil.

Too many times I thought I have seen through,

but you kept your sensitivities segregated.

Our intentions to never be construed.

Hope and growth was curated,

But all too soon those dilated tragedies became an anvil.

Further keeping us in the middle.

The mess of colors those irises have made.

Jaded whispers, leave me in disarray.

I have drifted into aquamarine depths.

I explored too far, now I must face the harshest crusade.

I have shown myself as prey,

Consumed to the core by a sager complex.

I was binaurally betrayed.

Slowly that gleam began to decay.

A factor that continues to perplex;

Only your eyes could portray.