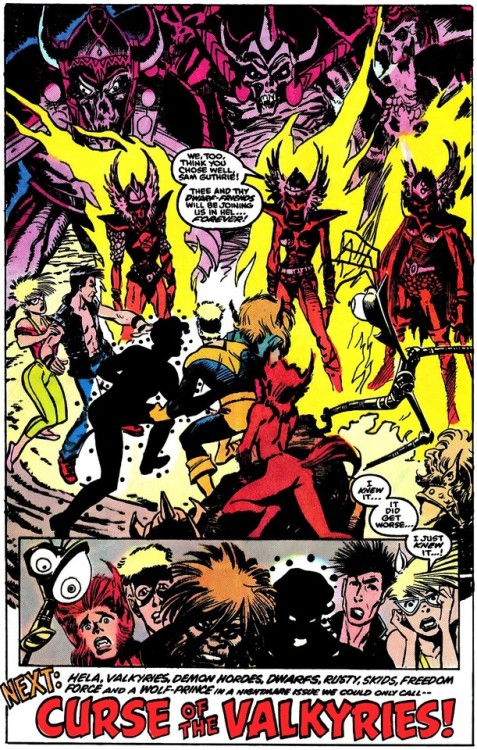 And that, kids, is what demon breasts look like. How was this comic ok for kids!! Between this nudity and the relentless advertising in these old comics, I never would have let myself read these if I was my mom. Look at this shit.

I feel so advertised to. And this shit worked too. I bugged my parents about all of these products. I had that fucking cereal. I had those D and D books. Me and my brother even did that program where we sold a bunch of useless shit to our neighbors and grandparents so we could get a remote controlled car. (Fortunately I had and have the skin of an angel so those Clearasil ads were just wasted paper). They suck you in with the really great stories, and then they sell you a bunch of shit. CAPITALISM. (New Mutants #79 – Sept. 1989) 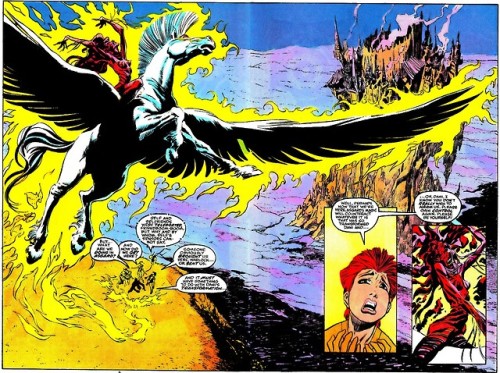 New Mutants #45 still hits like a ton of bricks…

Griffin: What’s next, sending her off to a blizzard party to meet her Prince Charming?

Gillian: If she wants! It’s all about her. She gets to decide! I’m just an enabler.

Griffin: Well, while you’re out looking for Prince Charmings, why don’t you find me one, too?

Gillian: I’m not your Fairy Godmother! 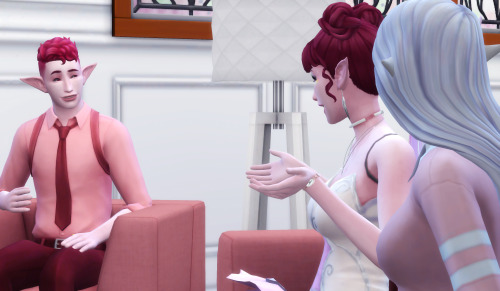 The best headline in the site’s history

Alex couldn’t get permission to go to Genosha since they work for the government. Instead he decides to have the team show the newly christened “X-Patriots” around town.

Rahne befriends an artist from Glasgow who can create sculptures of cold fire. Pietro befriends one and when someone tries to pick a fight with them they challenge him to a drinking contest. Unbeknownst to the bully, Pietro stole his wallet and had the bully pay for all the rounds of alcohol.

While Rahne and her friend are in the park, he tries to make another sculpture and he gets beat up by some humans in the park. Rahne rushes to his side while Madrox tries to get him an ambulance

Guido took his partner to a dance club and they had a good time.

Meanwhile the brother of the incompetent villain has created his own suit but he realizes he can’t hit the button to leave his lab and then he smacks himself in the forehead with his knife hands and mills himself accidentally.

This was a pretty fun issue. It was nice seeing the characters meeting new character and showing them around. I think the best part of the issue all relates to Pietro. I’ve never been the biggest fan of Pietro since he’s pretty haughty. But he has a wry sense of humor under David’s pen that I’m really liking.

Sauron washes up on the beach and drains the life of a drifter and remembers how he thinks he killed Cannonball.

The Genoshan mutants on the ship arrive in the US but the government treats them harshly and they fear they won’t have a place. Then Toad shows up and offers them to join the Brotherhood of Evil Mutants.

X-Factor shows up and the two grips fight. During the course of the fight Rahne battles Sauron and he lets slip that he thinks he killed Sam which causes her to go berserk and bite his neck. Lorna tries to help Rahne but she attacks her too as she falls into the water. Eventually she comes to but not until after the team defeated the Brotherhood.

Alex tried to encourage the Genoshans to go back since they haven’t been home in awhile and haven’t realized how the country changed so Alex volunteers the team to go to Genosha with them to prove that the country has gotten better.

This was an okay issue. It wasn’t amazing or anything but it was enjoyable for what it was. I like that they gave Rahne a bit more to do even if it’s based on incorrect information. I’m curious to see how they will resolve that plot point.

It should be intriguing to see if Genosha has really changed. I can’t see how it would be THAT much different after such a short time. 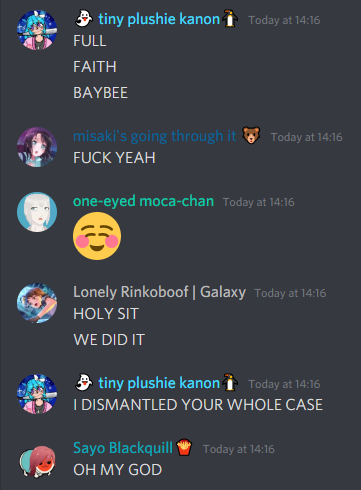 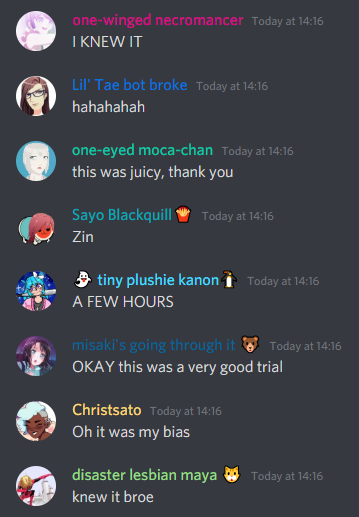 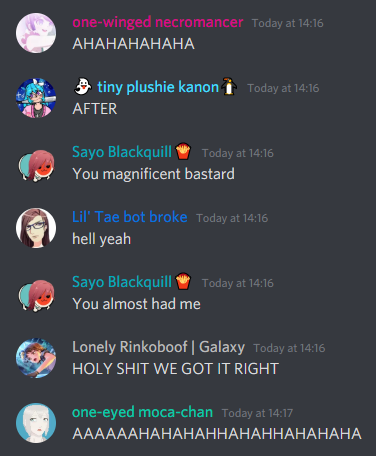 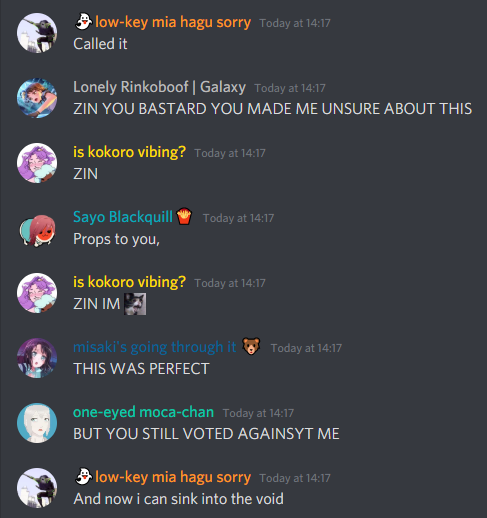 #discord screenies, #trial fallout, #wolfsbane, #this was the most fun trial I've had as a player, #also the one that made me the most nervous, #I was trying to get away with it, #AND I ALMOST DID, #I ALMOST GOT AWAY WITH IT, #were it not for zylphe's ooc theorising, #I might've won, #still juicy tho
0 notes · See All
thefailurecultPhoto 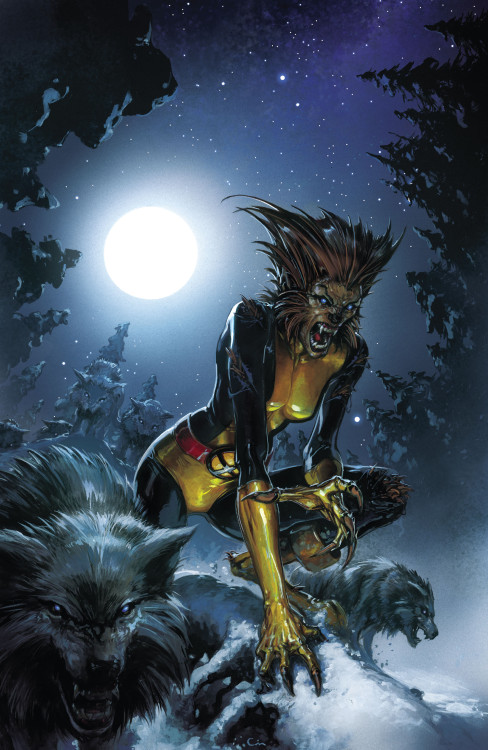 *me @ all the threats im getting about killing robin off*

Thankyou!!! Next chapter will be the finale!!! I love sam and bucky’s hate-love relationship 🐸 ❤️❤️❤️❤️❤️❤️

Stay tuned for next chapter! :,)

Tea-stained bamboo, moss, and aconite in resin. I made this hair stick and I’ve already worn it to work, where it keeps my (much too long) hair out of the way ♥ 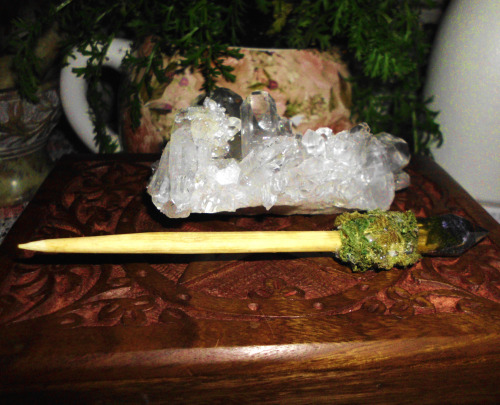 First off, now that Illyana has reverted to the child she was before she got trapped in Limbo and assaulted by demons for 8 years, the New Mutants drop her back at her parents’ house in Russia like they were spending the afternoon at Chucky Cheese so she can resume the innocent childhood she was enjoying before Colossus got her mixed up in all kinds of X-Men bullshit. I guess we’ll just leave her here for a few years until she contracts the legacy virus. In the meantime, Dani succumbs to a mystical virus of her own as a result of her being a normal earthling imbued with the powers of an Asgardian Valkyrie or something like that. (New Mutants #77 – July 1989) 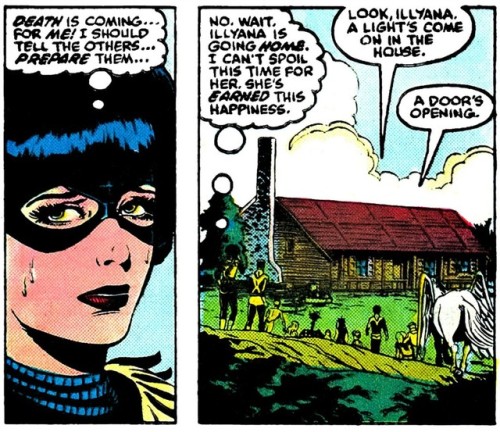 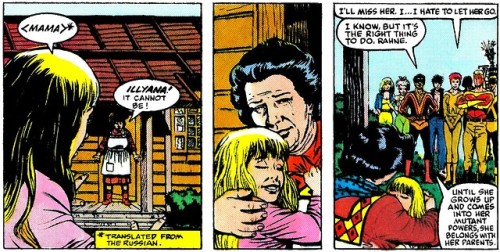 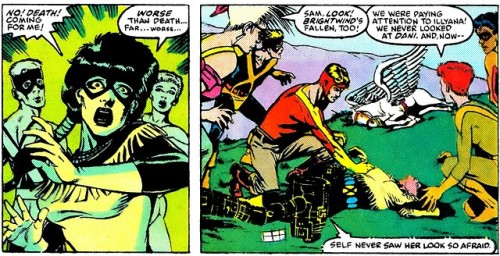 Dani Moonstar’s been feeling a little sick to her stomach for about 30 issues now, ever since she got mystical Valkyrie powers when she was in Asgard. But there’s been so much shit going on since then with mutants falling and getting massacred and demons infernoing all over the place that we all forgot about it. Welp, this is what happens when you ignore a sore throat so long that you become the goddess of Hel. This is basically how Jim Henson died. (New Mutants #77 – July 1989) 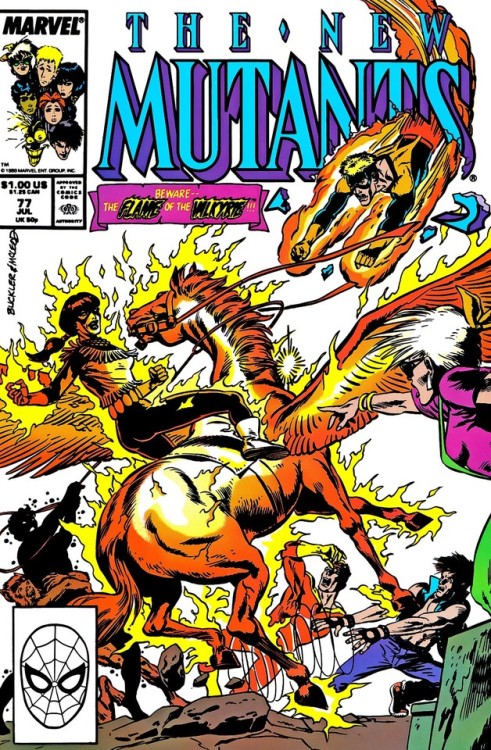 If our calculations are right, the first issue of our run on New Mutants came out seventeen years ago today, which means that book is now older than our new characters were when they debuted.  We spent three years at the Xavier Institute.  It was one hell of a ride. 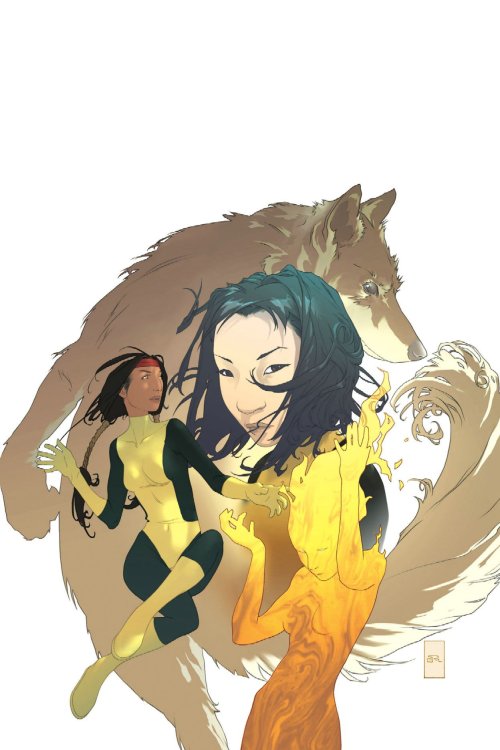 “Don’t touch me.” Bucky climbed over the sofa as robin stalked him in the jesus pose. “I said don’t touch me! Don’t you dare fucking touch me!” Bucky ran all around the apartment. “(Y/N) GET THIS FUCKING MUTT!”

“Just give him a hug!” You said from the kitchen. Robin looked at bucky with a mischievous glint in his eyes.