#woot, #I know ya'll are coming from the (2) posts where I actually sound smart, #please don't have any expectations for me, #I'm inconsistent as fuck
19 notes · See All
lotus-dropsText

i have photoshop for june cause im in a precollege program.

i don’t have the “cilantro tastes like soap” gene.

unlike my  mom and my brother.

#personal, #its my third 2AM night in a row, #and i am DONE AND OUT, #WOOT
3 notes · See All
angelasmachineVideo

Dont blame it on the lag! You need.
⚡HELP ENERGY⚡to be at the top of your game. She had me at Fortnite. Pause Game and give her some LOVE ❤. Ty. Order some Shake that Frooty and floss like a boss. Show us a video with the can and da dance. We will send you a FREE case.
.
.
#fortnite #lovegaming #HelpEnergy #NoSugar #stayup #greattaste #1energydrink #gamers #gamergirls #stepup #topgame #skins #videogamer #sniper #twitch #loot #coin #woot #reallife #gametag #gamerchic #flossdance #boss #floss
https://www.instagram.com/p/CAsi81vpTh7/?igshid=a5lpoqqbo37u

We interrupt  this terrible year to bring you some actual good news.

classes are ending in 2 weeks, so i can start writing more (woot) so here’s my to do list (more for me lol but here’s what you can look forward to!!! :D)

anyways, it’s getting hot and it feels like summer and i gotta start cramming so this is not gonna be fun but see ya’ll soon <3

#talk with ky, #to do list, #woot
4 notes · See All
cannibalgh0stText

Hey guys! This one dude is trying to have me hang out with him and stuff, but I straight up don’t feel like socializing during this time. It sucks a lot because yay everyone is bored but I rather be bored than sick. I just have to let it out because I do feel he tries to make me feel bad for not going out??? During the pendemic…and I have a horrible guilty conscience so am just reassuring myself am making the safe choice for me.

ok, so y’all know how i posted about my hair sticks/hair forks????

well, i went back to that guy to get a custom made hair fork!!

it’s gonna be made from walnut!!!

i asked if he had any holly wood to make the hair stick out of since holly trees are hardwood but alas, he did not

i shall continue my search to get something made from holly

Once again! Because I want to finally finish the script (aka write stage directions), and it’s more fun to watch with a crowd.

This is going to happy FRIDAY, May 22nd at 3PM EST (New York time).

Message me for the room details! 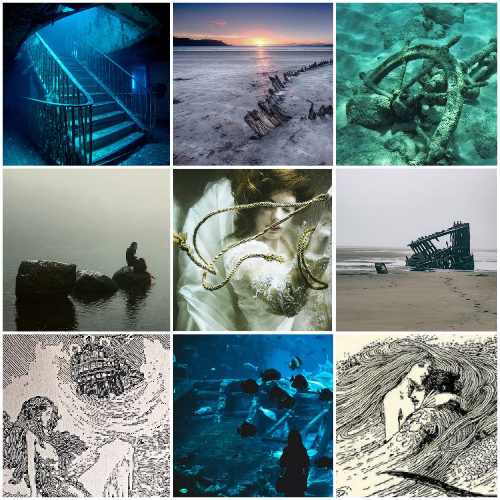 Hi peoples. Remember I said I need to rest my eyes and all that medical things before? Yeah, I think I’m ready to come back to the fandom now lol. My physical health is doing okay, but my mental health is not doing as well thanks to the whole global pandemic situation. I found that writing/reading fanfic helps me cope with it quite a lot, so it’s again because of my health - mental this time - that I’m stepping back into fandom. Cheerio?

I have so many new fics to catch up on. HOWEVER, I’ve also decided that I need to focus on my backlog of fic ideas. I mean some of them I love to death just never got around to finish and that’s just not cool, right? I’ve been doing a lot of planning and thinking while not writing, and then all these old writers began to pick up their unfinished works because of Covid quarantine and that just spurred me on more. I’ll talk about my work later (speaking of, I REALLY should have a Masterlist of all my random fic bits on this tumblr. Way overdue.) Right now it’s just me diving back into more 00Q goodness. Woot!

#disney, #finished, #diamond painting, #diamond art, #woot, #woohoo, #on to the next, #lilo and stitch, #stitch
4 notes · See All
thenorsiestLink
The Good, The Bad and The Klingon - Chapter 7 - The_Norsiest - Star Trek: The Original Series [Archive of Our Own]https://archiveofourown.org/works/23597989/chapters/58114267

I’ve been doing the whole slow burn thing so I really got into the yearning during this chapter. Hope you enjoy :)

#spirk, #chapura, #star trek, #fan fiction, #writing, #tos, #and hey my chapters are getting longer, #woot, #3000 per is a goal, #but i'm not pressuring myself, #I'm not gonna add words that aren't needed
2 notes · See All
mythcalsText

So, first of all, holy shit - I had over 70 prompts sent in to me for this thing! Which, is like, really fucking awesome, but also makes it really fucking hard to choose. SO, if I didn’t choose the prompt you sent in, it’s just because I didn’t think I could do it justice right now! However, with that being said, I’m keeping them all in my inbox for the future. (:

1) Sent in by anonymous: single dad rhys goes home to Velaris with his child after the death of his wife and reconnects with feyre, his high school sweetheart (contest)

Sent in by anonymous: AU where Feyre and Rhys were high-school sweethearts who broke up after Rhys had a drunken hook up his freshman year at college (he’s a year older than fey)They meet again 6 years later after Rhys gets hired as Tamlin’s divorce lawyer and s**t goes down from there

Also from an anonymous: For the contest - Nessian??? “Come on, just the tip” “There is no way I am putting your foot in my mouth.”

2) Sent in by @the-regal-warrior : For the prompt contest: ACOTAR, but it’s The Office. I just… I just really think it would be perfect - I mean, are Cassian and Nesta NOT Dwight and Angela? COME ON.

3) Sent in by anonymous:  Prompt submission… ACoTaR universe. Feysand, Nessian, and Elriel or Elucien (I leave that to you & your comfort), set several decades or maybe a 100+ years post ACoFaS. Trouble starts up after it’s discovered that the Night Court helped now traitor, Eris Vanserra, murder Beron. Spies from Autumm start hunting down Feysand’s son as payback. Then, when Eris & his family meet with I.C., they find out Eris’s daughter is mates with Feysand’s son.

4) Sent in by @mockingjayusa: “you need to eat something”, “why didn’t you tell me?”, “put the blade down please” For nessian, or Elriel

Send in by @shackellia​ :  ¡CONTEST!💣 Nesta is going to marry Eris. There’s much carnal desire and mutual understanding, but nothing deeper. REWIND. Nesta is going to be Lady of the Autumn Court. She thinks she forgot Cassian a long time ago, after running away from Velaris and not seeing the IC anymore. However, they are really STUNNED when the invitation arrives, and Cassian’s really pissed off despite all the time. The presence of all the courts for their coronation/wedding causes everything to fall apart. 🙊

5) Sent in by anonymous: “Don’t die on me- please” for feysand

Sent in by @mearcat4 :  Prompt idea: There is a bakery that Feyre and her sisters LOVE. One day she notices a new guy behind the counter(its rhys). Its the baker and he is severely understaffed so Feyre offers to help. But she can’t stand him. Until she can ;) So basically sort of enemies to lovers meets bakery AU. It would be really fluffy if your up for it, but you can do whatever you want with it. I love your work!!

Sent in by @shyvioletcat :  “My shower’s broken but I’ve got a date tonight could I possibly use your shower please?” “Oh sure (neighbour that I’ve been crushing on for the past six months) of course you can use my shower to get ready for your date - for Nessian

WHEW: Okay. So. I hope you’re excited to read these beauties because I’m pretty excited to write them! These are in no order of when I’m going to write them, btw….BUT, the first chapter to the first one will be posted S O O N.