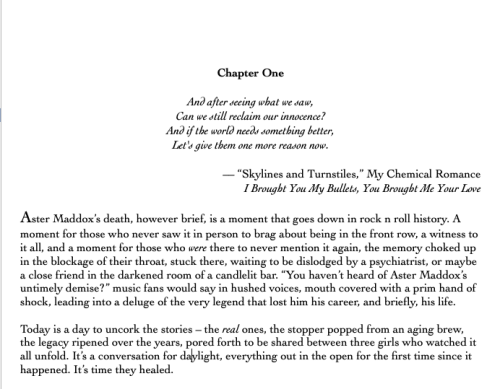 must pieces of fiction have a title? is it not enough to be sexy and grossly self-indulgent?

…I have too many post s8 Fixes. And yet another sitting in my drafts. And when an idea is that persistant…it ends up getting written. (Or, said it’s gonna be a fic. Then added to the pile and ignored.)

#vld salt, #writer problems, #...and all the fixes are basically the same idea, #curtis notices Shiro’s a chimera. Jiro surfaces. Shiro goes back to space with his Team, #Jiro finally surfaces around the Team. and yeah. they gotta realize what they’d done, #(and that both Shiro and Jiro are much more forgiving than the Team deserves), #they eventually find Allura’s Nebula, #Allura’s brought back. the Lions restore their OG s1 Bonds, #Shiro and Jiro are back in their own bodies (and their og hair), #(oh. and both the galra prosthetic and that awful GG floaty arm are removed by Black), #(heck. maybe Jiro wakes up with his own bayard), #(and they set out to Fix Lotor&Sincline? idk), #(but Actually Comfortable and Practical bayard arms. at least as a better stopgap)
5 notes · See All
aaronthe8thdemonText

ugh the damn hockey fic is 60 fucking pages by now and they’re only in FEBRUARY how much longer is this fucking thing gonna be?!

Becoming a writer was actually a super stupid mistake on my part because every time I’m like “okay, in this chapter A needs to happen, but mostly X should be implied, and make sure to explain how Y and B are related while also how they contrast, but squeeze Z in there somehow without distracting from the importance of A or X”

and like….that’s the kind of assignment description I’d get in school that would make me cry in front of a blank screen for several hours. i mean, a chapterbook is like a collection of essays and I’ve gone and told myself to write 100 of them at 3k each and like an absolute dunce I’m actually doing it. for fun

if you’re having trouble with your characters just collect your favourite incorrect quotes and match the speaker to the line. it really helps.

Torn between loving your writing and wanting to Stan yourself to filth but also being so wildly unhappy that you want to end your stories early and kill your characters off and be done for good. ??

#like???? this isn’t a scream for help it’s just a scream, #im going to sleep now, #mine, #queued some stuffff, #writer problems
5 notes · See All
starfastPhoto

this week I endeavor to update Heaven Help Me and put up another jily oneshot.

but I will probably forget again, lose inspiration, and put up a fitzsimmons drabble instead. but I will try!!

Present fic-writing complaint: I wish we knew more about whether/how much Mando knows about historical events like the Siege of Mandalore, and how much of what he knows is biased by the Tribe’s connection to Death Watch.

I learned many years ago that, as a fanfiction writer, receiving mean reviews really sucks. It can make you feel awful and make you regret ever making the decision to share your story, and (for me at least), can set you off with a case of writer’s block that can last for MONTHS.

In terms of the types of people who leave such comments, I think it is fair to say that mean commenters can be characterised in three ways:

Commenter 1: This commenter TRIES to be constructive, with points like plot holes and spelling errors and such. While I get where this sort of commenter is coming from; if it hasn’t been asked for, YOU’RE BEING AN ASSHOLE.

Commenter 2: This commenter gives you a comment which is nothing more than a personal dig. Needless to say, this commenter, like commenter 1, IS AN ASSHOLE.

Commenter 3: Lastly, this commenter leaves a mean review which is simply mean and contains no substance. It could be them knocking a character you’ve written, a plot line, a relationship, anything. This person is probably the BIGGEST ASSHOLE out there, and I bet they live alone and haven’t gotten laid in years and their name is Sharon* (fucking Sharon*, honestly).

As a new writer, a comment from commenter 3 cuts the deepest. But in fanfiction, they really are an inevitable sort of comment and when you get one, especially your first, it really really hurts. But, alas, as the years go on, and you get past it and you become more a more experienced writer, something sort of… miraculous happens. Your shell hardens, and eventually, these comments stop hurting you. Then, they actually… start to… sort of… entertain you.

Now, in a bid to help normalise receiving these sorts of comments (because I highly doubt any writer out there has gone without recieving one and clearly posting things like ‘don’t be mean’ doesn’t work), that leaves me to the point of this post:

I HEREBY CHALLENGE MY FELLOW WRITERS TO REBLOG AND POST OR SEND ME IN AN ASK THE WORST/MOST RIDICULOUS COMMENT YOU’VE EVER RECEIVED FROM COMMENTER 3. I WANT TO SEE THEM ALL. LET US ALL COME TOGETHER AND LAUGH AT SHARON* AND TAKE AWAY HER POWER.

I will start: My favourite one that I personally have (it was a hard choice because I have so many, but this one always makes me giggle) is: ‘I think Hermione has been replaced by Lav-Lav, she’s soft, weak and more than a bit of a moron not to see the giant holes ins Snake Face’s logic. She’s an idiot.’ (bahahah ILY KNIGHT OF STAGS, THANK U)

*(I am truly from the bottom of my heart deeply sorry if any of you are called Sharon and are actually nice people– I’m sure you are. I have simply used the name cos it’s used for a bit of a joke here in Australia. If it bothers you, hit me up and I’ll change the name LMAO).

#i will probably delete this later lmao, #fanfiction, #writing, #tomione, #comments, #reviews, #facfic, #writing problems, #writer problems, #negative comments, #negative reviews, #honestly spam me if you want, #i am a believer in that laughing at bullies is very therapeutic, #that and i am at work and i could go for some entertainment
31 notes · See All
kitkat0723Text

Hopefully after the kids go to bed I can get day one for Buddie First Kiss Week written. It was the one I REALLY wanted to do. I’m just hoping the words don’t fail me, wish me lots and lots of luck! 😂

For some reason stepping into their world is hard for me. And so frustrating. Usually there is not this like Impenetrable wall. I don’t know WHY these two have stopped me in my tracks to where I can’t write a fic properly to save my life 😑 can someone ask these two stubborn fools to open the fuck up? Cuz I would REALLY like to use words again. And EVERY time I go to sleep there’s a perfect story there and when I go to type it up I got nada! 😡 I want words to make sense again. **so frustrating**

Anyway, hopefully there will be a Pride story waiting for everyone tomorrow from me! And forewarning everyone now, if they don’t like rainbows, two men kissing or bi men celebrating their pride, it won’t be for you! (let’s hope this works out the way I want!)

When you write a character into your story. Start to really love the character you’ve made, but know in the back of your mind all the horrible stuff you have in store for said character.

Me: Reading my own fic in hopes of getting enough inspiration to write something new which I’m dying to write but can’t seem to have enough motivation to do so.

#writer problems, #lack of inspiration, #motivation is 0, #i want to write, #but i can't
19 notes · See All
darklesmyloveText

me, looking over my wip and reading the last paragraph i wrote that is literally incomprehensible:

As a writer, I oscillate wildly between “ugh I’m having so much trouble hitting 1K for this chapter” and “oh yeah this was supposed to be 3K but it’s 7K now whoops”