Why is it that these people on school boards think it’s within their right to decide what type of education I have?

Why can they decide what electives I have access to, how much money is provided to specific clubs, and what sports/clubs are allowed to meet?

Why the fuck is it up to me to deal with the problems they cause when they decide to cancel the entire goddamn marching season, or when they go from hybrid to online to back to hybrid then back again?

Why are they MY FUCKING PROBLEMS to deal with when they are the direct cause for all of them? When they decide that a new district building (that they barely fucking use) is good enough reason to tear down a middle school? When they’re so scared to offend anyone that they change the school name, logo, slogan, and take away THE FUCKING PRIDE IN THE SCHOOL ALONG WITH IT.

How many fucking speeches and presentations am I going to have to make before they understand that THEIR CURRICULUMS DONT WORK, AND NEITHER DO THEIR DUMBASS RULES.

Honestly, they aren’t the ones dealing with the collateral damage that’s left behind when they fuck up everything—they just get paid six figures to make split second decisions and then eat their fancy cheese while ignoring the group of jazz students playing for them.

So, honestly, you know who you are, and you can go fuck yourself.

Something that just pisses me off beyond belief about how adults react to children experiencing stress over school is just the audacity and arrogance behind their words, like, hate to break it to you Barbara, but you’d also be ready to throw yourself off the roof if you had 15 assignments due in two days.

(No but seriously do they not understand that no, I’m not complaining because I have homework, I’m talking about real problems within the heirarchy of high school—the idea that these people in suits that only find power in their little position on my school board can make serious, life altering decisions about my education without even asking first is just absolutely infuriating.)

my ace ass is Uncomfortable

My school: Ooh, let’s do a big WW2 thing! They can learn about WW2 in ELA and go on a field trip to a museum about it, and we can do little sub projects on it in other classes! Of course, one of the biggest contributers will be Social Studies.

SS: We teach about Great Depression

Today in school they announced that if you swear too much on school grounds, they will CHARGE YOU WITH DISORDERLY CONDUCT

So we had a class w/our homeroom teacher today

And she mentioned that one of our teachers complained about a girl from my class bcs of her attitude. Our homeroom teacher asked her what did she do to make the teacher angry, and it turns out that she didn’t actually say or do anything. She probably rolled her eyes or something of the sort. So the next question was: why such an attitude in class?

The girl said she couldn’t bear what he was hearing bcs the teacher was saying some sick things that shouldn’t be said anywhere - especially in class, bcs it might influence some students and is disrespectful to other people.

So the girl is aked to elaborate since the accusations sounded quite serious, and she says that the teacher often shows prejudice towards people of different nationality, religion, sexual preferences and color

And I was shocked, since I haven’t noticed such a problem in any of my classes

The girl also said that she wasn’t gonna say anything in class bcs she thought it wouldn’t end well and would be pointless to argue with a person like that, especially if it’s a teacher, but she couldn’t actually hide her thoughts

We shouldn’t always express it.

She said that even though the girl didn’t say anything she expressed her opinion in other ways (the look on her face, her posture etc) and that that was very disrespectful towards the teacher

Who is a racist. Who disrespects other religions, cultures and human rights. Who is a homophobe, and is not ashamed to express that in class. I have a lot of bi and gay friends in class and they have to sit and listen to her

And my homeroom teacher accuses the girl of being disrespectful. She says that no matter what we think, we must always be respectful towards our teachers (which means not to show our opinion in any way, to pretend we agree ). And we have to act so, no matter how the teacher acts, bcs no matter what she says and how wrong she is she is the tacher and she is older

This is getting rly long but oh well

Anyway, her argument was: what will you do in a few years when u get a job and not everything suits you perfectly? Will u work against your interests and fight with your boss, for an example, just bcs you don’t share the same opinion? “No, of course you won’t” she said “Nobody in their right mind would”

So that’s what we were taught in school today

To just let things like this slide bcs it would cause a problem for us if we don’t . Bcs we might get sent to the principle’s office. We might get fired. So let’s just sit in class and listen to anybody, whatever they say, because they’re older.

Bcs they finished more schools than us and deserve respect for that only.

School makes me want to shoot myself🤙🏻🤠

Someone just walked by my dorm singing sound of music perfectly? Like opera style? It’s 9:30 on Tuesday?????

So I was at school and we were all working quietly at our desks when this girl a couple grade older than me started laughing. Needless to say we all turned to see what was going on. The girl was wiggling around in her chair and just could seem to sit still, she finally got a hold of herself long enough to reach down her shirt aND PULL OUT A FUCKING SNAKE! THE GIRL HAD A FUCKING BABY PYTHON ASLEEP IN HER BRA AND DIDN’T EVEN KNOW!!! HOW DOES THAT EVEN HAPPEN!?!?!

I have finally have Spring Break!

y’all ever just ,,, dying inside so you binge watch buzzfeed unsolved all night to just ,,, die some more

Just an opinion but…

I personally think that teachers should be taught the signs of a panic attack. I get panic attacks sometimes and its hard to get through one without someone there with you helping you. This week we had PARCC testing, which is very stressful and all these different emotions were flooding my brain and i had a panic attack. It was a minor panic attack, mostly shaking, hindered breathing, nausea (i didn’t puke but i felt like i was going to) , and being on the verge of tears (I’ve had worse panic attacks in my life so i considered this a minor one.) but i still feel like my teacher should have noticed, if she would have been there comforting me, helping me through the panic attack , or sent me to the school therapist my day would have been a lot better. Anyway i just feel like teachers should know the symptoms of panic attacks.

Honestly screw college textbooks. How is it possible that it costs more to rent a book then it does to outright purchase the damn thing?!

When they tell you finals are not over. I’m going to have the biggest mental break down next week :,))) 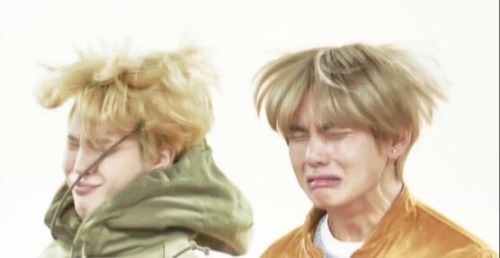 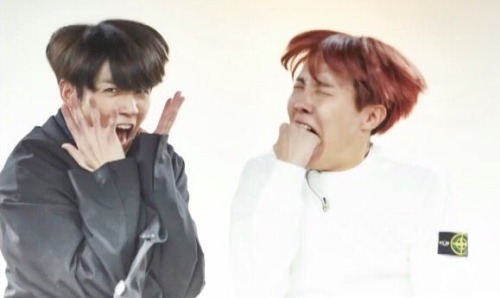 #bts#struggleisreal#wtf school
0 notes
gamerartist21-blog
Conversation
Me
gets out sketchbook in class
ART teacher
WHAT DO YOU THINK YOUR DOING LIL MISS. GIVE THE SKETCHBOOK HERE.
Me
GETS OUT SKETCHBOOK.
MATH teacher
:3 * doesn't even care*
#wtf school
1 notes