I’m so glad! But I always encourage people to follow the official accounts, I’m just a reminder of them ^^ Since these are in english too you don’t really need me xD

I don’t like her but not because she’s a mean hero, it’s because I’ve always disliked influencers like her. If we get to see more of her ‘evil’ manipulating side I might like her more.

I was tagged by the wonderful amazing beautiful @johnnyshellby, thank u sweetheart!!! :D 💖💖💖💖💖

#I'm so sorry this isn't helpful, #X'D, #I'm sure it's nothing to worry about darling Nonnie, #it's just a thing that happens sometimes, #but granted as a trans guy I'm probably not the best person to ask about it asdfghjkl, #Mars Anon, #LOVE U <3 <3 <3, #too much information about the Matt
0 notes · See All
dontdowhatisayandnobodygetshurtText
#we be vibin boys, #X'D, #submission
3 notes · See All
danny-uwuAnswer

“…hey, Tali.” The wolfen sighed, shoulders slumping. “Been a while.” 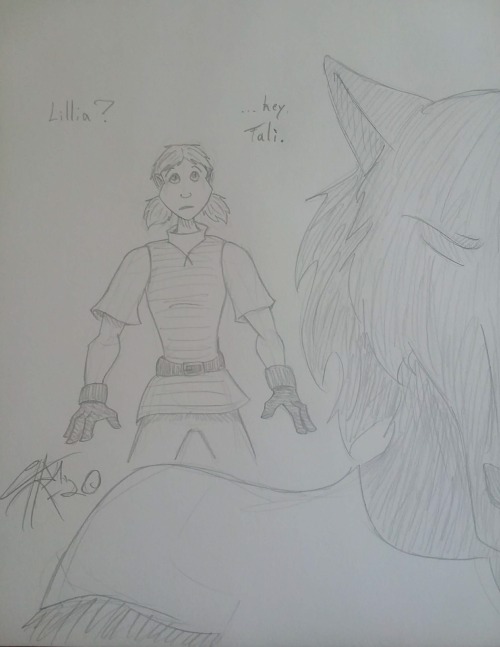 “The fire swirled higher, but Lepl couldn’t think, couldn’t move- his worst nightmare come to life, and the young minotaur didn’t do anything besides stare-” 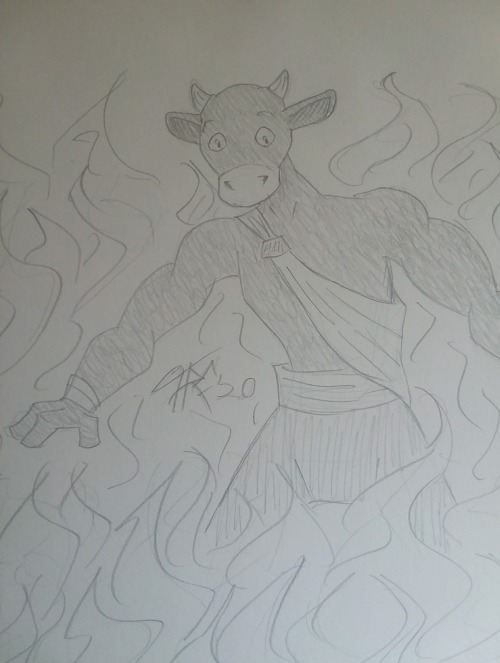 #whumptober 2020, #no. 14, #fire, #Lepl Lehsano, #Turning Point Trilogy, #hb pencil, #debating making this one an actual scene in the book, #Lepl would probably prefer if I didn't, #x'D
1 notes · See All
monstrousproclivitiesAnswer

Biting down on her bottom lip as she heard him whisper in her ear, the young woman could swear it was all that needed in order to get her in a certain mood. The kind that left them both partially if not completely undressed and bent over his desk. Despite this, she turns to face him and smiles as cool as a cucumber. “It’s nice to see you after such a long time too, Mr. Hamilton.” Pretending that they weren’t alone in his office and that his secretary or passersby were close enough to hear them she greets him. Even if it had only been a week since they’d last seen each other she had missed him dearly. Texts and phone calls simply weren’t enough. It was why she’d decided to show up unexpectedly in his office. Maria hadn’t realized he’d stepped into the room and was looking at one of his bookshelves when he’d dropped such a sexy statement out in the air. Wrapping her arms around his neck she suddenly offers him a small smirk. “Tell me, what’s the number one way in which you’d fuck me and would you be able to perform it right here, right now in your office?”

Would you look at that O_o

#invader zim, #zimtober, #zimtober2020, #zinkuldrawing, #zim, #i had to make my own references for that one, #for 'face behind jar', #it was fun, #fun with jars, #x'D, #eyeball
2 notes · See All
floweypacifistweedAnswer

“Hey… Charaaaaah.” He drew the vowel at the end out in a weirdly hobbling way and slowly shifted away from their lying body.

“Looked like it… did you fall dooown… that is too~ bad.” His eyes swiftly caught the spot, where they had to have been perched before.
“What were you DOING up there anyways..”

#universalundernet, #hey ron hey billy, #memeing away like nobody's business i see, #X'D, #they are a comedic duo, #are we doing the hole in the ground next or-?, #ic, #ask, #rp
1 notes · See All
triscribePhoto

“Teresa’s shouted command for him to run was the most unneeded advice Mentras had ever been given. If the mad dwarf wanted to take on a night-forsaken wolfen in order to give him time to flee, he felt perfectly comfortable leaving her to it.” 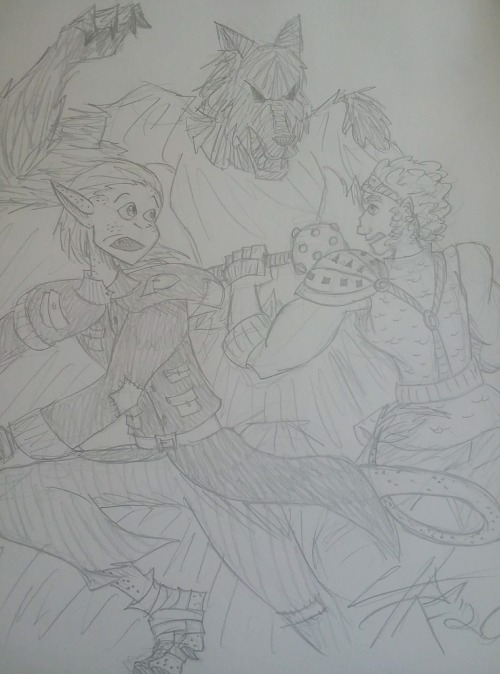 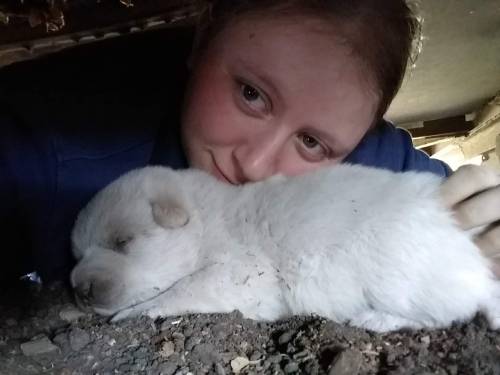 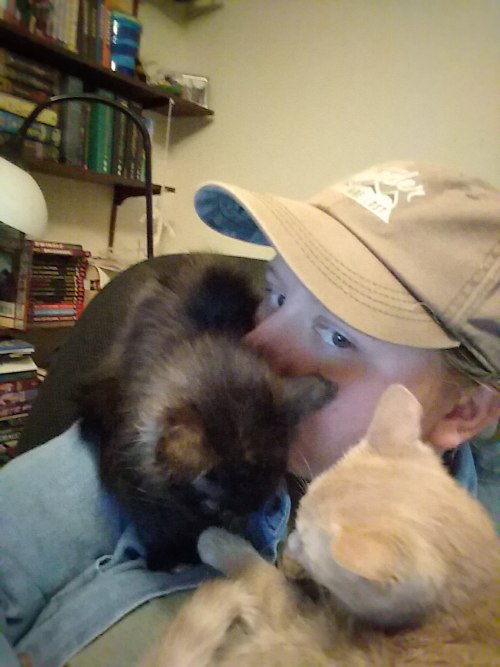 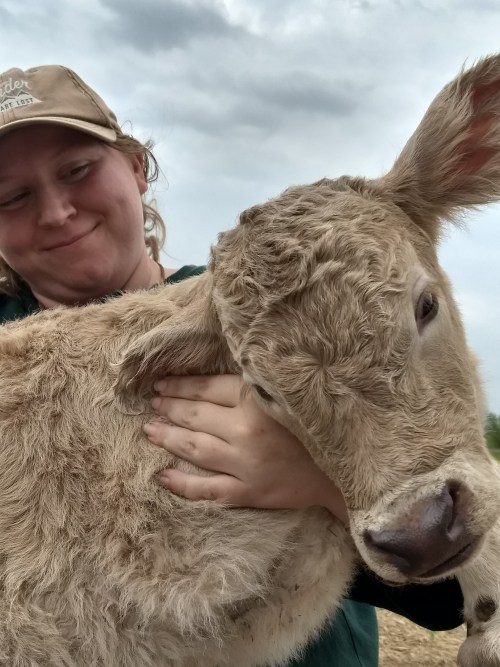 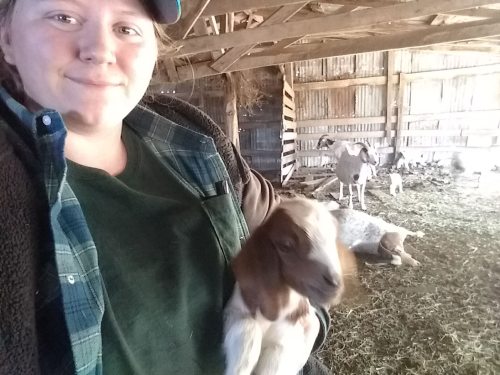 #aka I don't think I take very good selfies all by my lonesome, #so I cheat, #and take ones with cute babies instead, #x'D, #farm life, #not many benefits to being my mom's ranchhand, #but this is a good one, #puppy, #kittens, #baby goats, #baby calf
15 notes · See All
zinkuldumpText

There was absolutely nothing wrong with Gaz. Ever since her miraculous recovery she was a picture-perfect child, happy, social, obedient. Not the alienated, completely dependent on different games for stimulation, hitting everything that came too close that wasn’t her dad, child. If there was one thing that could be worrying, and that professor Membrane took a significant notice of actually, was her lowered focus and reaction times. But he couldn’t test it further at the time since he had promised to finally take the kids home and his assistant was adamant that they both need a break. That meant no lab and no tests until further notice.

So he was forced to accept for the time, that the lack of physical problems have had to simply make his daughter be able to focus on different things which resulted in a chain reaction and that’s why her scores were lower for the moment. Especially since he couldn’t accept his son’s explanation that Gazlene had been apparently healed by faeries. Not by a long shot.

Ever since she recovered, Dib in turn became more and more delusional. He had always liked all the fantastical and paranormal stuff that he could come across, but it then became borderline obsessive. He wanted answers, but he didn’t accept the cold-hard science that his father would give him.

He thought there was absolutely something wrong with Gaz. He desperately wanted to contact mothman, who apparently also knew the faeries. He became completely convinced in his delusions and wouldn’t back down. And the longer this went on, the more Membrane would become convinced that his son was actually insane.

Even with how perfectly he had been created…

But that was the risk of making a child. There hadn’t been anything wrong with Dib before but growing up can mess someone up in the most unexpected moments. And while Gaz had most troubled conception…

Something pulled at professor Membrane’s hair violently, and stopped his train of thought. His eyes finally focused beyond his goggles as he heard small footsteps moving from behind him to the front.

“Finally! We need to get back to the lab. To the forest! Come on dad, give me a chance to prove it to you,” Dib was visibly shaken. “What if I made a mistake? I was reading more about faeries and—”

“Son,” Membrane interrupted. “We will come back to the lab.”

“Really?!” the boy almost fell over with excitement.

“It’s high time, there are a lot of things to check before you have to go to skool… but you can’t go to the forest. It’s already broken you enough.”

At this Dib swayed a bit, with eyes open wide, and took a few steps back. “What…? But—”

“—your younger sister and you have to take care of her.”

Dib stayed silent for a moment before turning around and walking away from his father, dejected. What Membrane didn’t care to see was that the submission on his son’s face was soon replaced by determination.

[What happened to Gaz]

#invader zim, #zimtober2020, #zimtober, #zinkuldrawing, #zinkulwriting, #dib membrane, #gaz membrane, #professor membrane, #changeling the lost, #more of this crossover stuuuff, #I've thrown Gaz into the picture for laughs, #I'm messing with filters too much to distract from the shitty quality, #and in turn make the quality even shittier, #x'D
5 notes · See All
dontdowhatisayandnobodygetshurtText

YA BOI IS OFFICIALLY IMPREGNABLE

#(kidding always use a condom no matter what kiddos), #which is to say I'm on a birth control pill lmao, #this is tmi I am aware, #X'D, #my period didn't stop this month so I've been bleeding a little bit for 20 days straight, #which is Not Fun, #it's the first ever time I've had an actual issue with my periods tho, #so the doc just told me 'take the pill and we'll see what happens from there', #and I also have some tablets to stop the bleed until The Pill can work, #Matt speaks, #I am starving fucking hungry tho oof, #amazingly it is actually to do with levelling out periods and not to do with me boning too much, #wow who would have thought it, #uhh, #periods, #blood, #birth control, #tag warnings
8 notes · See All
floweypacifistweedText

There is only two settings on my cat, when I give her treats:

#ooc, #X'D, #i am so sorry for this many ooc shit, #i will get back on track soon, #ria rants
3 notes · See All
floweypacifistweedText

“Save me a Boo-guette for Halloween, will ya?”

“This is like obligatory dances all over again, my migraine is dancing polka on the dance floor and I am scared and waiting for a date that will never come.”

“Stop being so perverted!”

“Green Tea. The only way to relieve a migraine for me. Hit the pain where it happens.” *ponders about dousing the tea over her head*

“With the amount of arm usage in the last week alone, I’ll run around like Tina Belcher for the rest of my life.”

“Your mask needs two straps, if you want to buy a pretzel here, hun.”

#ooc, #mun, #ria rants, #i just wanted to show you, #that i am truly an idiot, #that topic fits with this blog, #therefor i deduce this has a space here, #X'D
2 notes · See All
ask-flip-frostAnswer

“Oh,” Flip sagged a little, glad to take a foot off of her proverbial soap box. “That’s… that’s good. Not that it’s a bad thing to change, but a full body makeover is a BIG change, so you need to be sure. Ah, a day or two is much easier. You could achieve that with a glamor potion with little risk of any side effect.”

The Fairy hopped up to flit in a circle around him, curiously mulling over the logistics of alterations.

“The additional senses and eyesight changes would take some getting used to, but you could adapt fairly quickly.” She switched from speaking to Xalroc to wondering aloud to herself. “Male cats have sharp barbs on their wieners. I wonder if felinoids do as well. I’m going to have to look that up. If it’s anything like a lion wiener, that would scare the living daylights… hm. Food for thought.”

Is it possible to get high off relief

#Effie was breathing really weird today, #I thought it was just bc it's humid AF and none of us are used to that, #but it got worse this evening so we had to drain her, #and I was terrified that it meant there was fluid in her lungs, #but no, #the drain went SUPER well, #one of the best ones we've ever done, #and afterward she:, #chased down and devoured an earwig, #went for a wander around the whole yard (even in the rain which she hates!!), #absolutely OBLITERATED her food dish, #went ham on a spider that was crawling on the opposite side of the mesh, #(no spiders were harmed but that wasn't for her lack of trying), #and scratched up all the nice clean bedding I lovingly put out for her, #I feel like Mum and I are more exhausted than her, #X'D, #Matt speaks, #my pets, #Effie, #her Majesty lives, #her breathing is wonderfully healthy again, #RELIEF
3 notes · See All
floweypacifistweedAnswer

“You’re agile, you have good balance and your personality isn’t half bad.

Also… your style is composed of colors that only bees and art students can see… and I may actually not… find it in myself to hate you. You’re not a shitty person. Congrats.”

#universalundernet, #ask, #ic, #that probably took a lot out of the shithead, #X'D
1 notes · See All
Next Page