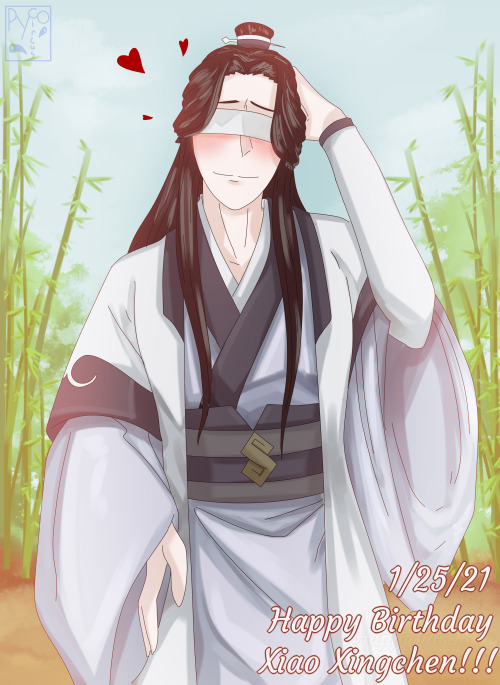 ↪ the moon stays bright when it doesn’t avoid the night

#mdzsnet#fytheuntamed#fymdzs#cqlsource#xiao xingchen#cql#*#*gfx#*cql#i didn't think i'd be able to make smthng :D#but i had a good exam so i wanted to celebrate his bday!
43 notes
spaceskam
Text

Summary: Xue Yang learns what Xiao Xingchen likes and, through that, learns some things about himself.

In every way, Xue Yang could honestly say there was no one like Xiao Xingchen.

The man was irritatingly kind, blindly giving, foolishly trusting. It was almost too easy. No, it was too easy. It was too easy to make him smile, to make him laugh, to make him feel safe enough to kiss Xue Yang after a night hunt without knowing his damn name. It would’ve been funny if it wasn’t so fucking infuriating.

Shitty Middle School AU where XXC is the weird new kid, SZC is the kid who looks like he was dressed by a Sunday school teacher, and XY is the kid who draws shit that gets him sent to the counselor at least twice a week. 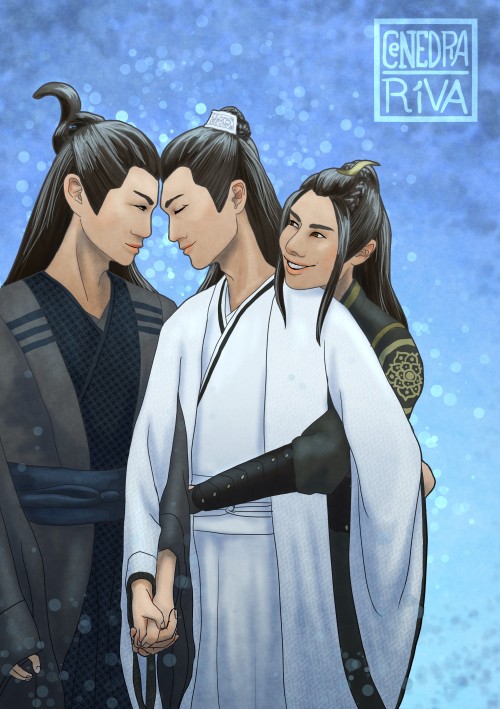 Happy birthday, precious stardust. You deserved so much more than you received.

It happened in one of those moments where you drew a slice of breath with just enough time to side step out of the way. Jiangzai’s venomous jagged double edged blade met the blow of Shuanghua in stream of sparks that cascaded to the ground, painting the cobblestone sidewalk with frost that quickly evaporated under the hot sun. Xue Yang cackled when Song Zichen aggressed him in two strides, Fuxue’s point now dug against his jugular as Xiao Xingchen found an opening and Shuanghua threateningly advanced. One fluid strike would pierce Xue Yang’s carotid. His lips curled at the edges, dark eyes twinkling with manic, twisted energy.

“Two against one? Have you no honor?” He teased now pressing his throat to the icy blade of Shuanghua. He locked gazes with Xiao Xingchen’s unwaiveringly frozen glare.

“Shut up.” Spat Song Zichen, “You slaughtered fifty people including servants and children, and you have the audacity to speak upon honor?”

[ID: Two gifs from the web series The Untamed. The first one shows Xiao Xingchen’s first appearance in episode 10, where he lands on the roof of Chang mansion. He says, “Xue Yang, we won’t let you escape today.” The second gif is blurry and fades to black in the end. It shows Song Lan and Xiao Xingchen in a flashback in episode 39 walking side by side. It is Xingchen’s last scene in the show. /End ID]

And I made another birthday message on my lettering box, for our Bright Moon and Gentle Breeze, Xiao Xingchen 🤍🤍🤍

“The greatest gift ever given to me was the chance to say ‘I’m home’ to my dear Zichen again.” 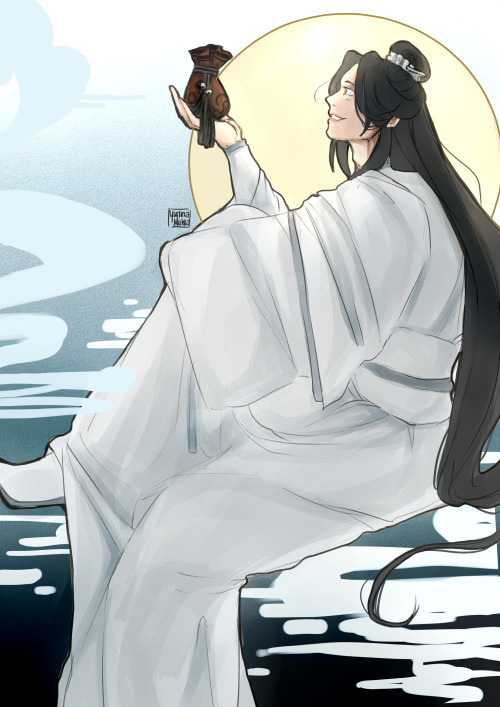 #xiao xingchen#TODAY IS A GREAT DAY TO BE A XXC SIMP!!!#im crying he's so perfect??
0 notes
mocabre
Text

#xiao xingchen#im away from home for a couple of days so I can't write or make anything yet#but BET I WILL WHEN I CAN#it's 3am y'all know what that means#TIME TO CRY OVER XXC!!!
0 notes
mieczyslaf
Photo

(translation down in the notes)

#mdzsnet#fytheuntamed#fymdzs#theuntamededit#the untamed#xiao xingchen#cql#oh god hhhhhhh. i chose this poem after reading all of hunxi-guilai's meta on xxc which drove me INSANE and made me cry#i would elaborate but it's 5am#m.jif
89 notes