I’m not sure if you meant to or not, but could you please not spam my inbox with the same thing?

But anyway, here you go.

14. saddest anime you have ever watched

Banana Fish for sure

15. anime you never get sick of watching

Code Geass: Lelouch of the Rebellion

Hetalia (I don’t care what y’all think. This anime helped me through a rough time in high school and I made a lot of friends because of it)

Edward Elric. I honestly had the biggest crush on him in middle school. I even tried to become more like him (which wasn’t one of the best ideas because my idea of “becoming like him” was suppressing my negative emotions).

Dragon Ball/DBZ. I tried really hard to get into this series. I watched about 30-40 episodes of the first one and asked my friend if I could just go straight to DBZ. He said I could and watched only the first 5 episodes and just lost interest.

DRAMAtical Murder. Listen, if you wanna watch this: DON’T. Go play the game instead. The animation is terrible (they had to go back and redo a lot of scenes) and they tried to cram the entirety of a route in one episode and it was so poorly executed. I really loved the game but this piss-poor excuse of an adaptation makes me genuinely upset.

Dororo (2019). I really liked this series when I first started it but after the second cour started, the animation quality dropped and they started treating Dororo like a damsel in distress. Also everyone calling Dororo a girl when he clearly uses he/him pronouns? CAN Y’ALL STOP? I dropped this around episode 18-19.

Blood Lad. I know I shouldn’t judge an entire series if I haven’t watched all of it, but I couldn’t even finish episode 1.

No Game No Life. I watched this series with a bunch of friends during one of my birthday parties back in high school and I think I fell asleep during it because I just wasn’t into it. Also, fanservice? With an underage character? Hard pass.

Princess Tutu. This is an alright anime up until the end. The ending is so god damn shitty, the main character gets the shaft in favor of the girl she was fighting against.

RWBY. Despite being a western production, I still consider than an anime since it got a Japanese dub and manga release. Many of you probably know why I hate this show but in case you don’t, here’s why. My ex girlfriend forced me to watch this at her house with no breaks. I wasn’t into the show to begin with and the fact that she forced me to watch it just adds salt to the wound. I don’t think I’ll ever be able to watch this show on my own and enjoy it thanks to her.

There’s only 7 but I couldn’t think of any more.

Some cute baby Norman for your timeline~ 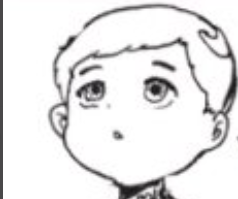 That was a chapter that I had more than 10 screenshots which was rare, so I’d say that it was a great chapter even though I don’t think it redeemed Peter.

Also that ending got me quietly yelling, that was totally uncalled for bro 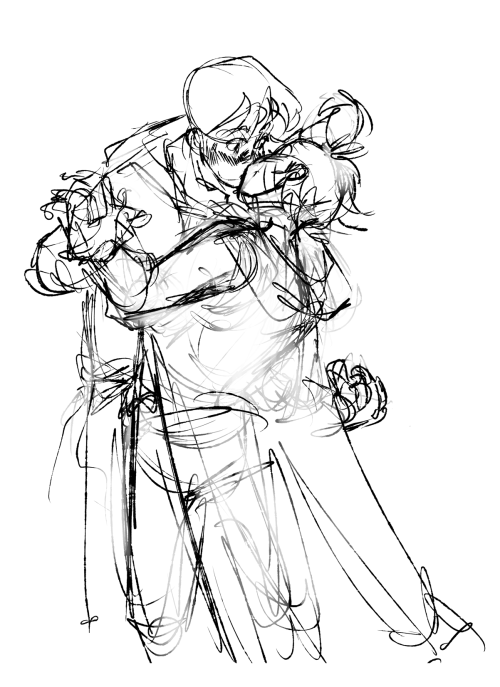 The promised timeline throughout the chapter covers

Did Peter Ratri, my love and my life, my precious man, just fucking KILLED HIMSELF!!!?? DID MY BELOVED COMMIT SUICIDE!!!? EXCUSE ME!!!!????? EXCUSE ME. 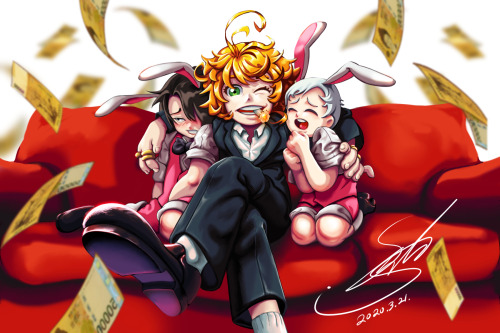 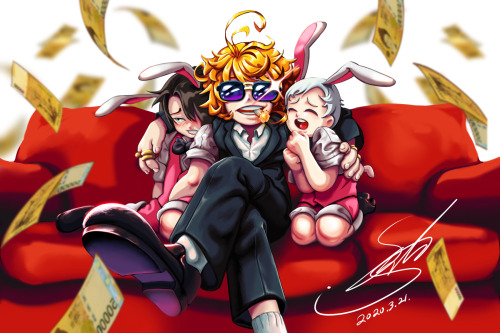 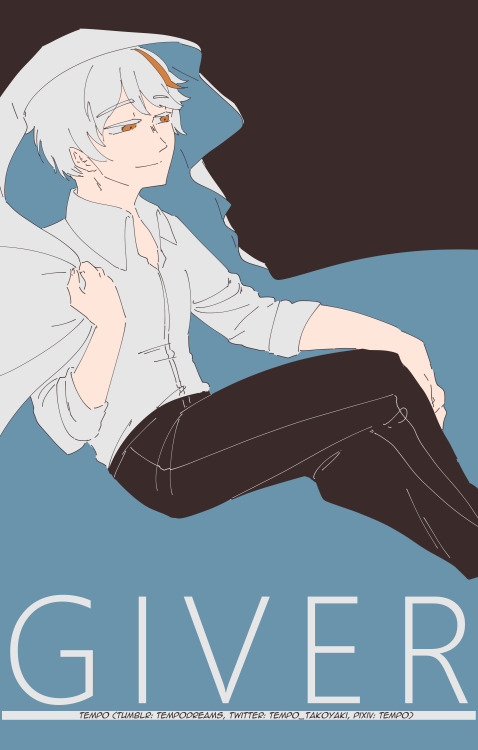 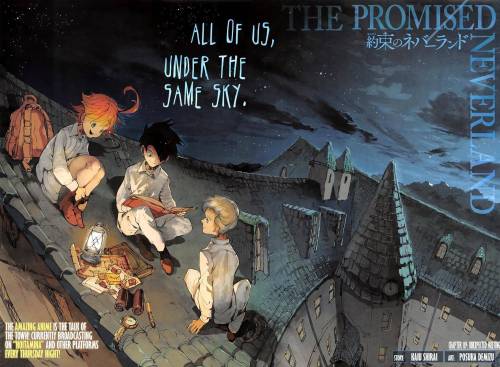 So, I really love the idea of Ratri!Emma. In fact I have many sketches to get digitalized, so just wait

If Emma dies we riot

#i swear to god ive been reading this manga from the begining and, #the promised neverland, #yakusoku no neverland, #emma, #norman, #ray, #tpn, #ynn
46 notes · See All
ueihyeText

She thought he would stand besides her forever (and he will) but now she can’t help but realise how much she lost. Now that she knows she loves him, she also realise she really lost him. Is that a punishment for failing?

Yuugo knows, cause he felt that kind of love too and feels everyday its pain still.

btw I love Ray and Emma as brotp <3

I wanted to specificate but Ray failing to console Emma is a parallel the scene where he talks to her before confronting Norman in future.
He lost Norman already and is feeling like Emma’s emotions are now out of hand but he is not good with these things initially.
He didn’t know he would live to do this, to try helping her in Norman’s place.
Ray doesn’t feel like he is the one who right away is good at giving these kind of advice, mostly because he ALSO lost Norman and loved him. Just like he loves Emma. But both in a different way. He doesn’t love them any less. But being a different way the one Emma feels for Norman and being less used to comforting he tries failing here to then success in the manga in future.
Not a critic towards Ray and his bond with his friends but rather his development. 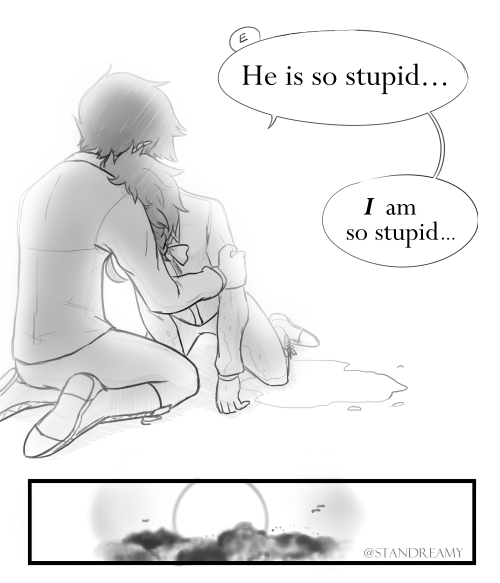 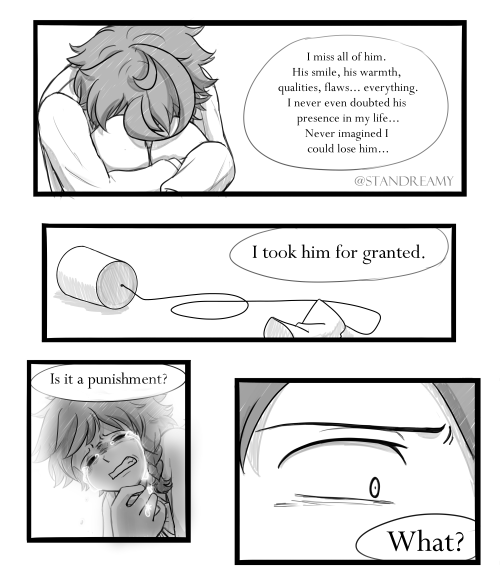 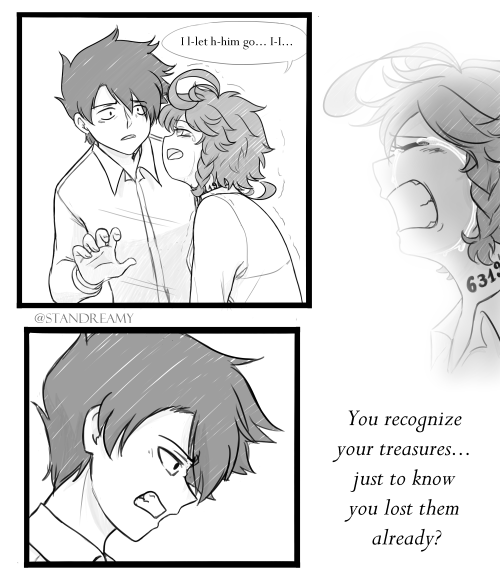 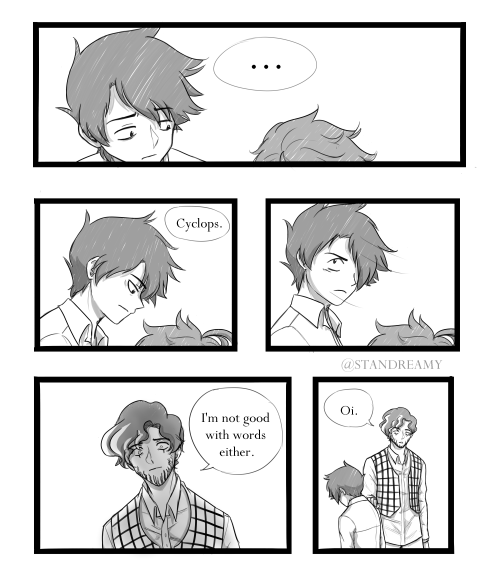 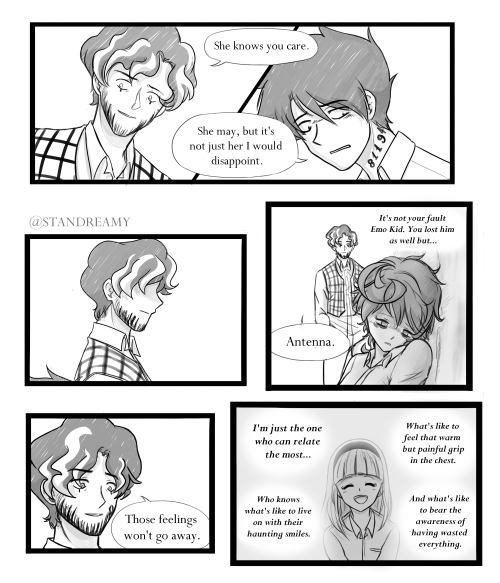 gonna tag @tempodreams for their art of Minerva!Emma that inspired me to write this. I…haven’t written anything in a long time

#the promised neverland, #tpn, #tpn fanfiction, #yakusoku no neverland, #ynn, #i hope its okay that i wrote this, #like theres so much potential in this au, #thank you for inspiring me!
13 notes · See All
yeotsuriPhoto 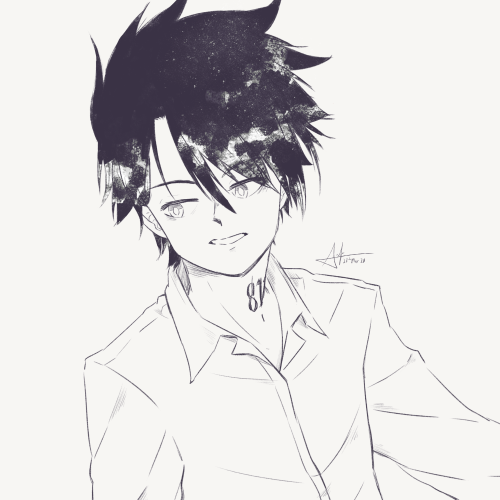 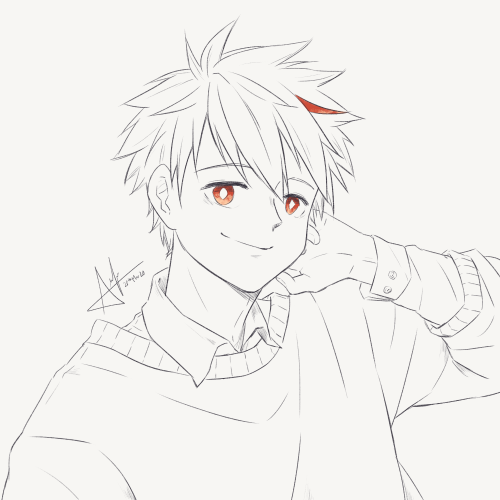 I’m sorry, but is that a flipping Coronavirus reference? In Yakusoku no Neverland? This is a crazy world, my dude.