And the mood for “just finished watching yakuza 6!” is

#game i didnt even played made me cry four times#not even compassion tears. four times fully bawling my eyes out#girl help im feeling the first four stages of grief in real time over completion of a game i did not experience myself#it did not happened with the previous ones too! what the hell#also most of the time its like ''why am i weeping? i know what happen in this game''#yakuza
1 notes
dominik528
Photo 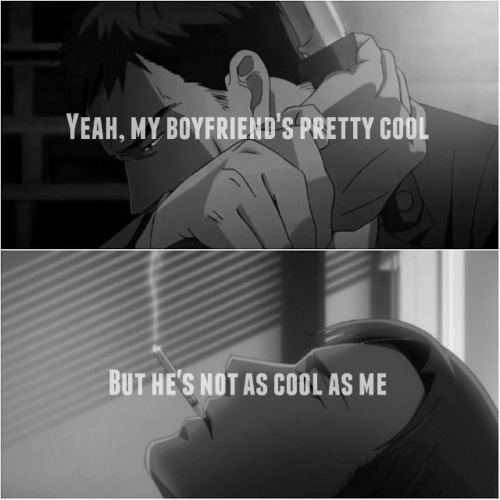 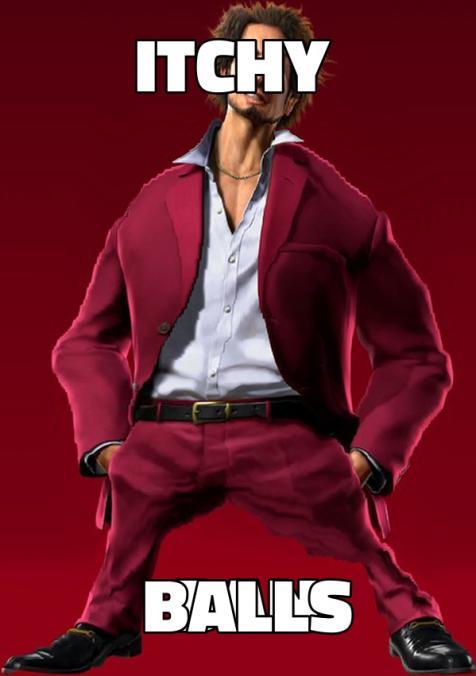 Techwear Majima inspired by one of his Dead Souls outfits,,, plus more brainrot. 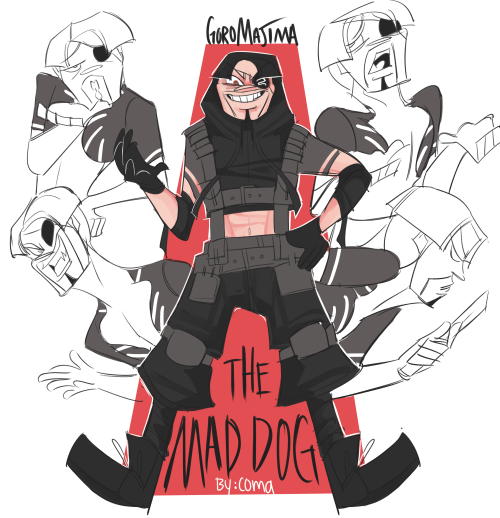 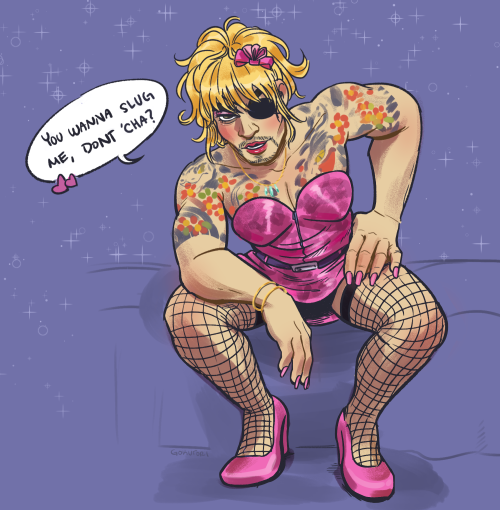 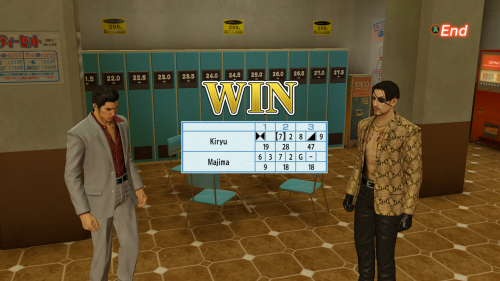 Alright this is the final one I have drawn for now of this talent swap rp and it’s Yakuza Mondo! He’s a total shove over for our Secretary Taka 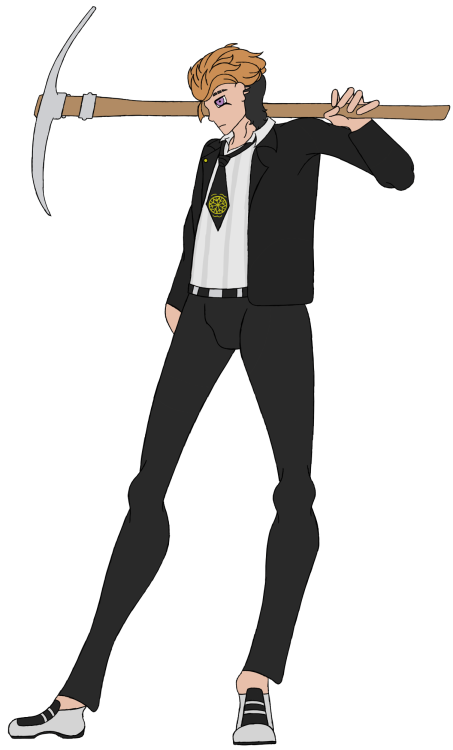 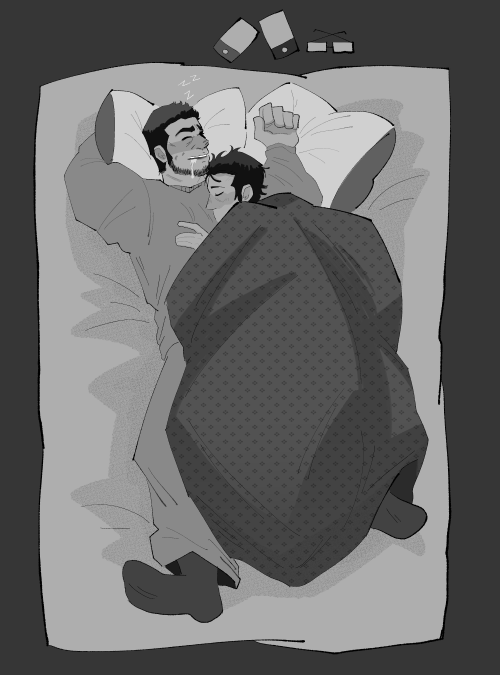 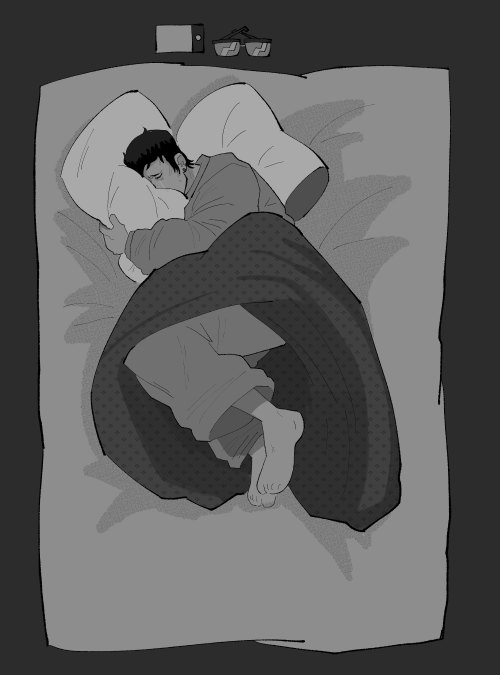 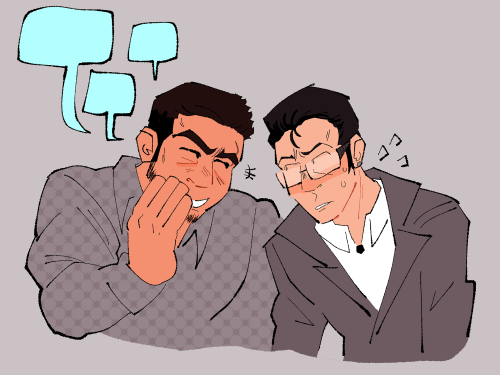 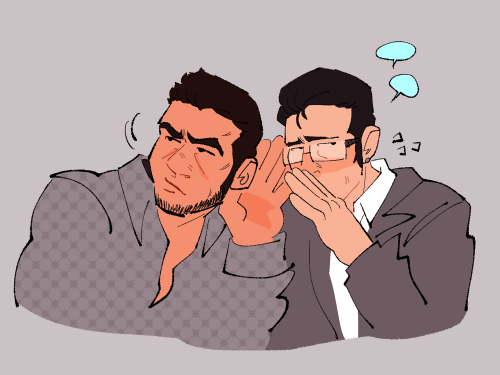 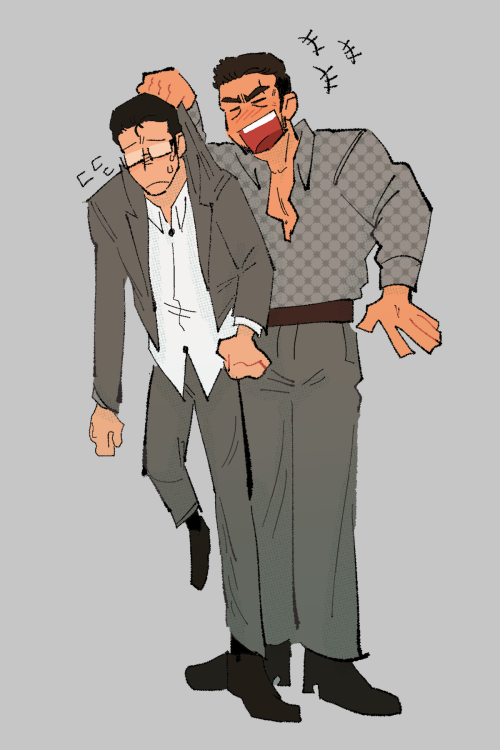 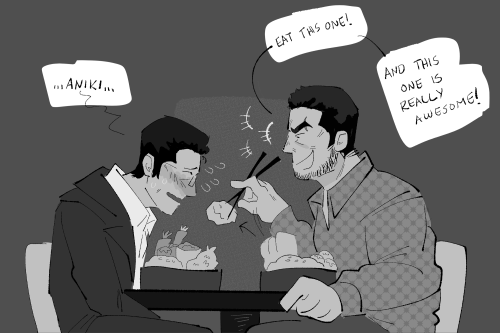 You wanna know abut Kazuma Kiryu? Mr Yakuza himself? Well lemmie fucking TELL you about him.

He’s from the yakuza series, and is the protag. He’s stoic and confused and the stupidest motherfucker I’ve ever met. That man gives his heart and soul to anyone who asks, even if its an obvious scam. He can throw a punch but he has no critical thinking skills. He wants to retire and live alone in Hawaii or some shit but Things just Keep Happening to this poor man.

He accidentally adopts a girl named Haruka and becomes a dad. He regularly boogies down at the dance club. He plays Mah Jong. He races tiny cars with eleven-year-olds. He has murdered multiple people. He has been framed for murder. His fashion sense is literally the grossest thing known to man. He gets stalked by a twink named Majima. He has the pain tolerance of god.

He’s an old man and hes very tired. And has been betrayed by like everyone, at one point or another.

me running towards majima with open arms like “lets fight 🥰🥰🤲”

edit: id like to hug him tightly and then fight him afterwards

Hey guys! Here’s a story I will make more parts! Please comment down below if you like this! Part 2 will be up soon! Enjoy!

“Ew, she doesn’t have her soulmate yet?”

“Most of the last year class has theres, why is she so weird?”

“I can’t believe she’s weird enough to not have a soulmate. And don’t even get me started on the quirk.”

A photo was taken, you’re degree in hand and a certificate in the other. “That was the quickest anyone has ever gone through college. It should be on world records.” You’re mother screamed as if to tell the heavens. She perked up and picked up her camera again, grabbing onto you, she snapped the photo and pushed you away slightly.

“It was mostly my quirk.” You take off your grad cap and rolled your eyes.

“It doesnt matter, you were also top of your class! Wow! My daughter sure is perfect!” You rolled your eyes again and walked away from the crowded area.

“I’m guessing you already got a job? Huh?” A female classmate touches your shoulder. You look into her green eyes, they sparkled as she smiled. “You probably have a whole buttload of jobs in line for you.”

She was two years older, but she was the closet one you had to a friend.

Lay Hoshino. Her quirk is Strings, and her soulmate… well her name is Handa Aimi. And unlike everyone else that bragged about their soulmate, Lay was very considerate of your situation and only mentioned her on occasions or in stories. Lay was one of the lucky one’s, she had a good quirk, interning for pro hero endeavor, and she has a perfect soulmate. She had a fair life.

“I’m actually going to go into therapy. Therapy for Proheros.” Lay hummed at your response and smiled big.

Lay twirled around you, taking off her graduation cap. “Looks like you’ll be taking care of me all the time.”

You groaned and picked at your fingers. “Well, Unless you need therapy everyday…”

“Yes! I trust you with helping me not suffer through depression.”

You both stood in silence. “Hey! So, my girlfriend is here. Want to get something to eat?!” Lay’s hand awkwardly scratched the back of her head as she looked up at the sky.

Lay nodded and cleared her throat. “Kay! Cool! I’ll be back I have to say goodbye to two more people and then we’ll get something.”

You nodded in confirmation to her and she ran off into the opposite direction. You turned fully to go back to wherever your mom was bickering and said you were leaving.

Goodbyes were said as she bragged about you on the phone to her friends and your other family members.

Your sibiling. Well he’s a prohero. And his soulmates also a prohero. They both fight in Sangenjaya district. His quirk is Emotional Manifestation. He has the ability to seperate his emotions into people.

You were never equal to him, and you see it when your mother talks about it. She brags to you about your brother but its never vice versa.

It only really bothered you back in high school, but now it’s just something you have to deal with.

“Hey Y/N!” Lay raced to you holding who you supposed was her girlfriend. “Handa meet y/n. Y/n this is Handa. My beautiful pretty princess! Her voice seemed to go high in pitch as she ended that sentence which made everyone chuckled when she cleared her throat.

“Anyways…” Handa interrupted. “Where should we go?! It’s your guys big day!” She was cheerful, and her voice was very high pitched, but it was… calming.

“Don’t mind her. Its her quirk. She has relaxing singing but sometimes her just talking calms her down. But hey, you’re not tense anymore.” You shivered and scratched at your arm nervously. “Lets go to the beef bowl restaurant. In shibuya!”

“Don’t stay up too late now!” Lay waved her hand as she wrapped her other one around Handa’s waist. “Get some sleep!” Lay’s face was bright red, she wobbled over Handa and walked with heavy feet.

Despite that, you let them walk off and go into your apartment.

It wasn’t messy, nor was it clean. It was just depressing. Quiet, minimalistic, and dark. You only really used two lights in the apartment and that was the kitchen light and your bedroom light. You walked into the kitchen, your vision slightly blurry. Your hands fell to your marble counter as you looked over to find a water. To your dismay there was none.

Rolling your eyes, you slid off your gown and threw on a different shirt. Your heart beat fast as you aobbled out of your apartment, a small groan leaving your lips feeling the cold crisp air.

You walked along the usual path to the convient store, or so you thought. You have turned right three times and now you were stuck and lost.

You riched for the wall, pushing your hands on it , your eyes closed as the migraine started to take over. Upon opening them again you look up in the distance to find a silhouette of three men. A glove flowed on the ground and one body simply dropped from one touch.

Your eyes widened. And your heart started beating erratically. You tried to stand but instead you fell, landing on a pile of trash. A loud squishing sound echoed through the alleyway, and you found yourself scrambling to run away as the guy pushed away the second male. You saw the shadow walking towards you, and before you could look at who the person was, you darted.

You ran off not even picking yourself up fully. Your head was light, and your legs about to give up, but you kept running as fast as you could. And when slowing down just a little bit to look behind you, you were grabbed by two hands into the next alleyway.

Your eyes started filling with tears as you braced yourself for death. The hands gripped you tightly dragging you to the end of the alleyway. You closed your eyes shut, mumbling to yourself as you were pushed against the wall.

“What did you see?” You felt a mean stare coming from the male, but you still couldn’t bring yourself to look.

“I saw a guy fall! Thats all!” The male grabbed your face, squeezing it harshly.

You open your eyes, furrowing your eyebrows as you cried more.

He wore a plague beak. His eyes were citrine yellow, and his voice…

His voice sounded smooth, like honey. You almost forgot he had killed someone, until he looks at you with a disgusted face.

“Disgusting-“ he pushed you away from him and beckoned his hand to behind the buildings. One man stepped out of the shadows, dressed in all white. “Go.”

Without a second thought you started jogging off. Your heart rate picking up as you thought about home.

But you never reached home.

Yakuza doodles, Kiryu is giving you a gift do you accept? 😼

Many faces of one man